May 4, 2020 Laurel Westrup / University of California, Los Angeles One comment 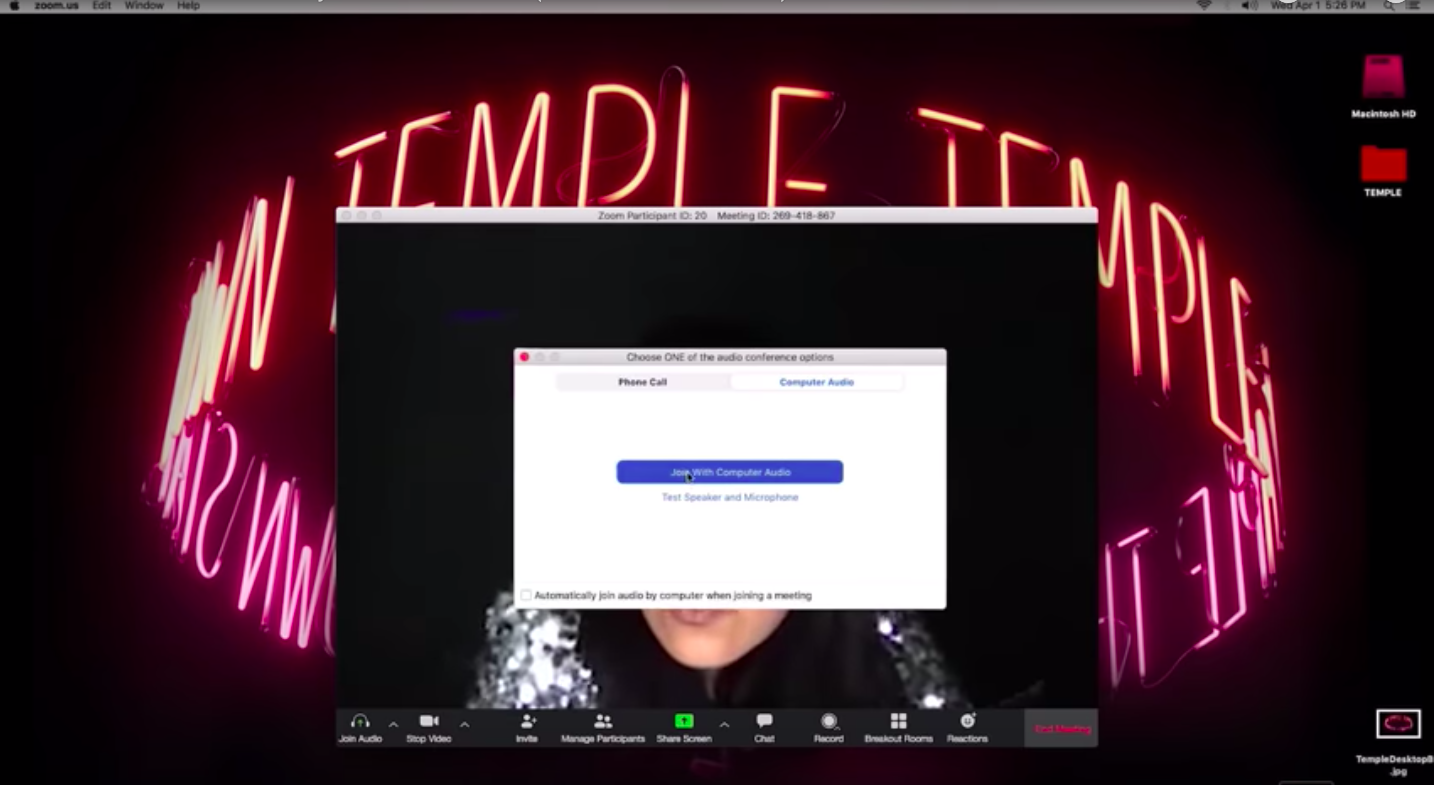 In my first Flow column, I suggested that the audio-visual synchronization that characterizes music videos extends beyond the presumed function of videos as advertisements for popular songs. Here, I will return to that assertion from a different angle. If music videos are expected to sell a song, then the song is what we should hear, right? While his own analyses often refuse this simplistic reading, music video scholar Mathias Bonde Korsgaard initially suggests that one of the defining qualities of a music video is that “no incisions are made in the song’s structure—the song’s length determines the video’s length.”[1] This implies that song and soundtrack are one-and-the-same, and that the song must not be altered nor non-song diegetic sounds added that might extend or interrupt the soundtrack provided by the song. In practice, though, this is almost never the case.

Music video scholars have long noted outliers that move beyond song-as-soundtrack. To take a classic example, Michael Jackson and John Landis’s Thriller (1983) incorporates multiple musical cues and diegetic sound effects, and it also rearranges the album version of the song to better center both Jackson’s dancing ability and the video’s narrative.[2] The 6-minute album version of “Thriller” incorporates some sound effects, but the 14-minute Thriller video is much more sonically complex. Relatively few music videos rework the original song and sound design as extensively as Thriller. But by treating Thriller as an outlier, we risk suggesting that most music videos simply import a pop song as soundtrack. Nearly all music videos use a song (or sometimes multiple songs) as a starting point, true, but they frequently add to and/or alter the song(s) in their sound design. 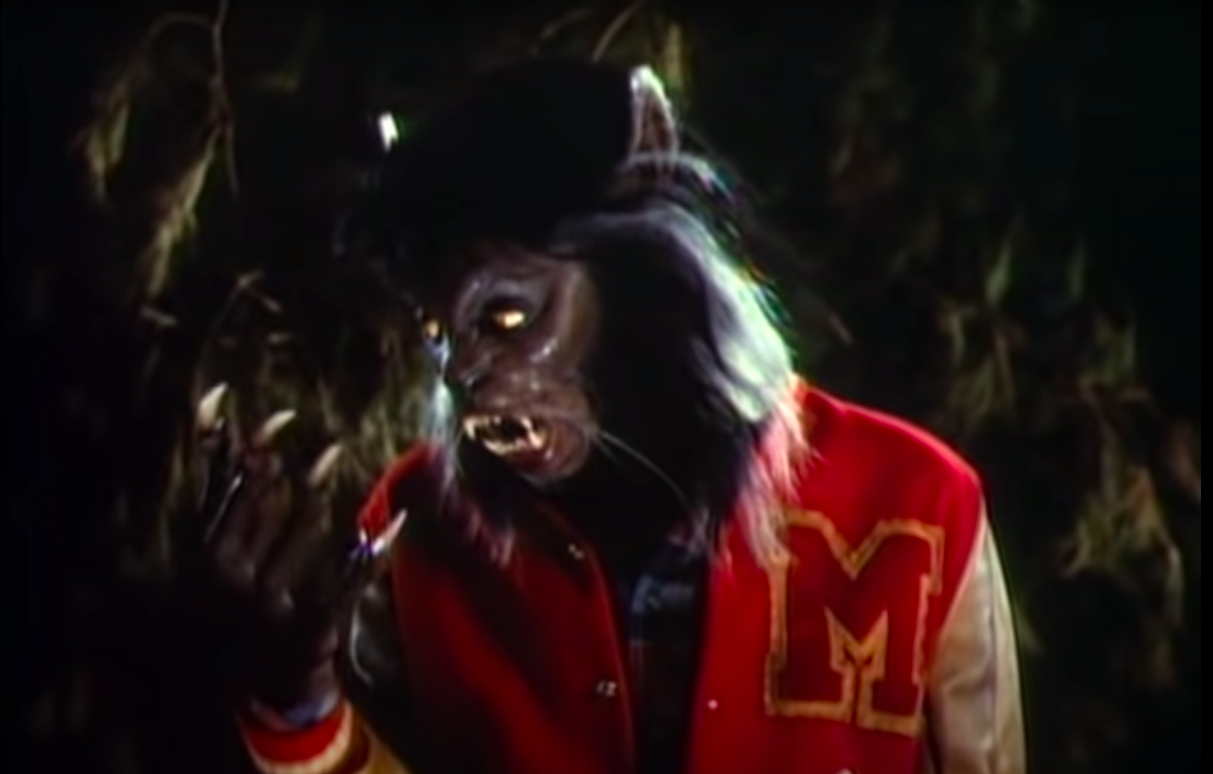 Sound design that extends beyond the commodity version of the song often serves a music video’s narrative, which may or may not extend from the song’s lyrics. For instance, while the lyrics of Logic’s “1-800-273-8255” (titled after the American suicide prevention hotline) already suggest the narrative progression of a teen protagonist from suicidal thoughts—“I just want to die today”—to hope—“I don’t even want to die today”—the video extends and deepens this narrative, in part by adding additional sound elements and rearranging the song. In “1-800,” Director Andy Hines bookends the opening and closing of the song, itself stretched well beyond its original 4 minutes, with the cooing sounds of a baby and a man singing a lullaby. In the first scene, a father (Don Cheadle) comforts his baby son. Over the course of the music video, his son (Coy Stewart), now a teenager, struggles with his sexuality and almost commits suicide, in part because of his father’s rejection. The last scene sees father and son reconciled, and we hear the adult son singing to his own child. The cooing and lullaby sounds are integral to the video’s narrative structure as the main character’s near-tragic story comes full circle.[3] These additional sounds deepen our engagement with the video’s diegetic world beyond the basic narrative of the song’s lyrics.

Throughout “1-800,” Hines finds transitional moments in the song (i.e. between verse and chorus) where musical elements can be extended, reworked, or muted to make space for narrative expansion. We see and hear a similar, though perhaps less seamless example of this in Hayley Kiyoko’s “Girls Like Girls” music video, where at a natural break in the original song a little before 3:00, the song becomes muted for the dramatic climax of the video, where the two girls consummate their attraction in a kiss and one of the girls fights the other’s abusive boyfriend. In this case, while the lyrics of the song suggest an attraction between female friends, and perhaps even a boyfriend who’s in the way, the video elaborates on this narrative, and the additional dialogue and diegetic sound during the muted segment of the song provide space for this extension.[4]

In all of the videos I’ve discussed thus far, the diegetic sounds are quite noticeable. But sound design can play a more subtle role in integrating song and story in music videos. Take the example of “Phenom.” Like “Panini,” “Phenom” is not explicitly a narrative music video. It does have a narrative frame, though: Thao is at her computer, connecting with friends via Zoom. We not only see her screen at the beginning of the video, but we also hear her click on “new meeting” and then “join with computer audio.” These quotidian sounds might seem unremarkable, but they do a couple things for us as listeners. First, they give us a moment to take in the video’s context, and to recognize the visual Zoom interface. Second, these clicks give the song, once it starts, a sense of intimacy. In listening to the song, we seem to be listening to the track along with Thao on her computer. She’s sharing her sound with us as well as with her friends. This is important since, as Thao told The Verge, “At first we didn’t know if we would even release the song [during the Coronavirus pandemic] because it’s about people unifying.”[5] The sense of connection so central to the song is signaled not only lyrically or through the cleverly choreographed Zoom dance routine, but also through the simple clicks through which Thao shares her audio with us.