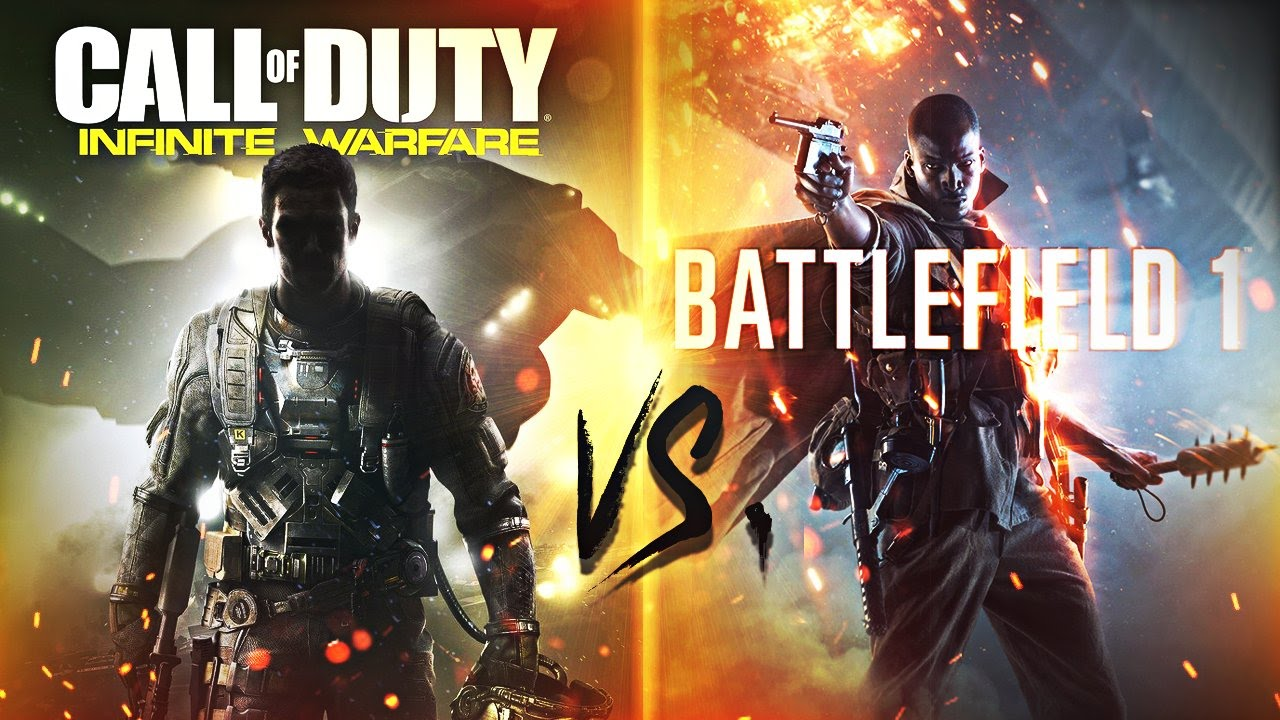 The reveal trailers for Call of Duty: Infinite Warfare and Battlefield 1 premiered within 4 days of one another.

On May 2nd, 2016, the reveal trailer for the newest installment of the Call of Duty (CoD) series of video games, Call of Duty: Infinite Warfare, appeared on YouTube. Four days later, the Battlefield (BF) YouTube channel uploaded the reveal trailer for the newest installment in their franchise, Battlefield 1. Both trailers boasted a substantial number of views within the first few days, [1] and video game and technology journalists quickly posted articles about the newest installations of these rival franchises; however, the tone of many of these articles did not praise both games equally. In fact, many of articles seemed primarily concerned with the record-breaking failure of CoD’s trailer and the overwhelming success of BF’s trailer. At the time this article was written, the BF trailer had over 1.9 million likes while the CoD trailer had just under 3 million dislikes. In fact, the reception was so diametrically opposed that Forbes claimed “‘Battlefield 1’ is the Most Liked Trailer in YouTube History, ‘Infinite Warfare’ the Most Disliked.” [2]

Articles on the reception disparity draw a couple of conclusions. Some articles focus on the apparent failure of the CoD trailer and see this as the result of repetitiveness in the CoD franchise and its reliance upon the futuristic trend. [3] Other articles focus on the apparent success of BF’s trailer and praise the developer’s inventiveness and creativity in setting the game during WWI. [4] 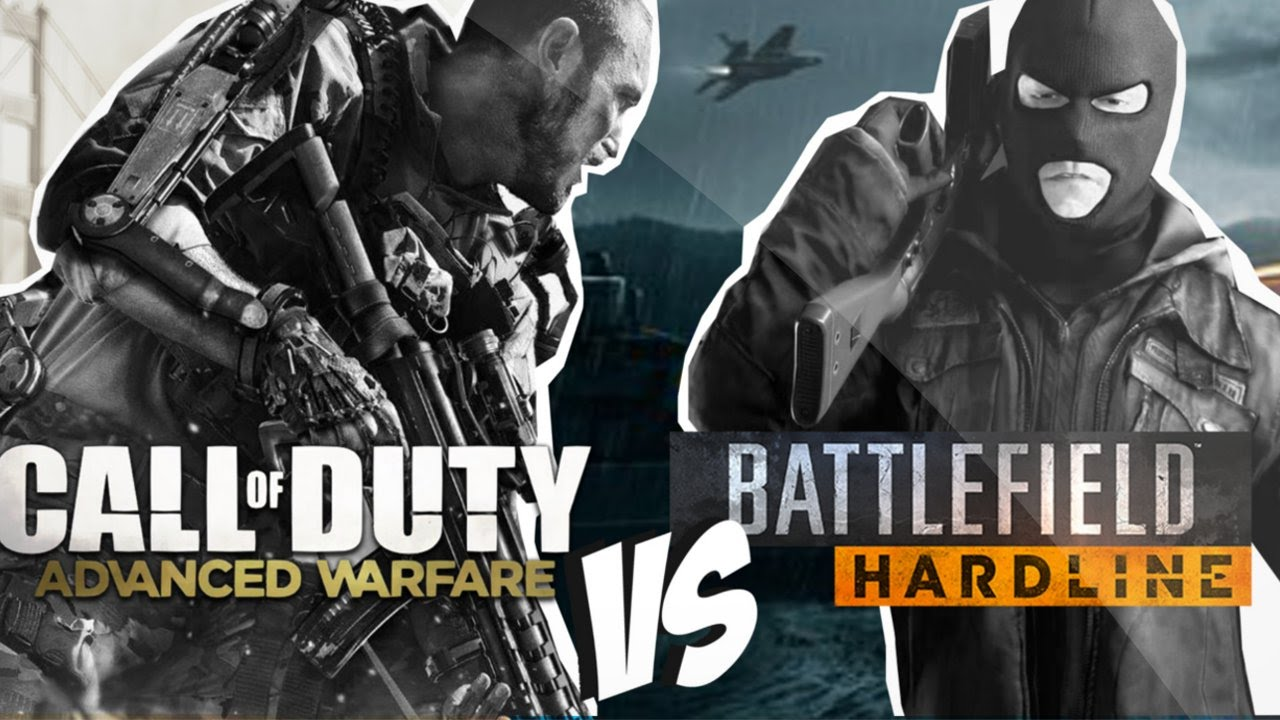 Call of Duty: Advanced Warfare and Battlefield: Hardline featured similar pros and cons, but they were not met with the same reception.

These claims seem suspect, though. If inventiveness were the rationale for BF’s success or repetition the rationale for CoD’s failure, then why did the previous installments not follow this pattern of massive likes and dislikes? After all, BF: Hardline took a novel approach to the genre by setting the game in the “War on Crime,” and both CoD: Ghosts and CoD: Advanced Warfare continued the slow progression into futuristic shooters. And yet, both CoD games appeared in the list of the top ten best selling video games that year, unlike the BF installment. [5] One possible rationale for the fanfare towards the BF trailer and the disdain towards the CoD trailer stems, not from anything specific about the games or trailers themselves, but simply their proximity and the order they were released. BF’s trailer may have received such fanfare because it premiered only four days after the CoD trailer, which had already received tepid, if not outright negative, reviews. [6] In fact, in the video game industry, releasing second— being the respondent, not the pioneer—seems to be advantageous.

Take the announcement of the Sony’s Playstation 4 console at E3 in 2013 as another example. Only hours before the Sony press conference, Microsoft revealed their new console—the Xbox One. In their reveal, Microsoft announced the pricing, design, and features of their console. As such, when Sony later revealed their product, they were able to make obvious jabs at Microsoft. Sony highlighted their support of independent developers, their continued support of physical game discs, a lower price, and a lack of continual surveillance machinery. The response from journalists and bloggers was swift, noting the PS4’s many advantages over the Xbox One—many of which were first pointed out by Sony. [7] Based on reported sales, the PS4 has gone on to outsell the Xbox One by several million units and, while the aforementioned features likely played a significant role in consumers’ choice to buy one console over the other, the “better” choice was made more obvious by the contrast between the two companies’ reveals. Simply put, Sony benefited from revealing their console directly after Microsoft. Clearly, it is advantageous to reveal video game products—games, consoles, etc.— directly after your competitor. 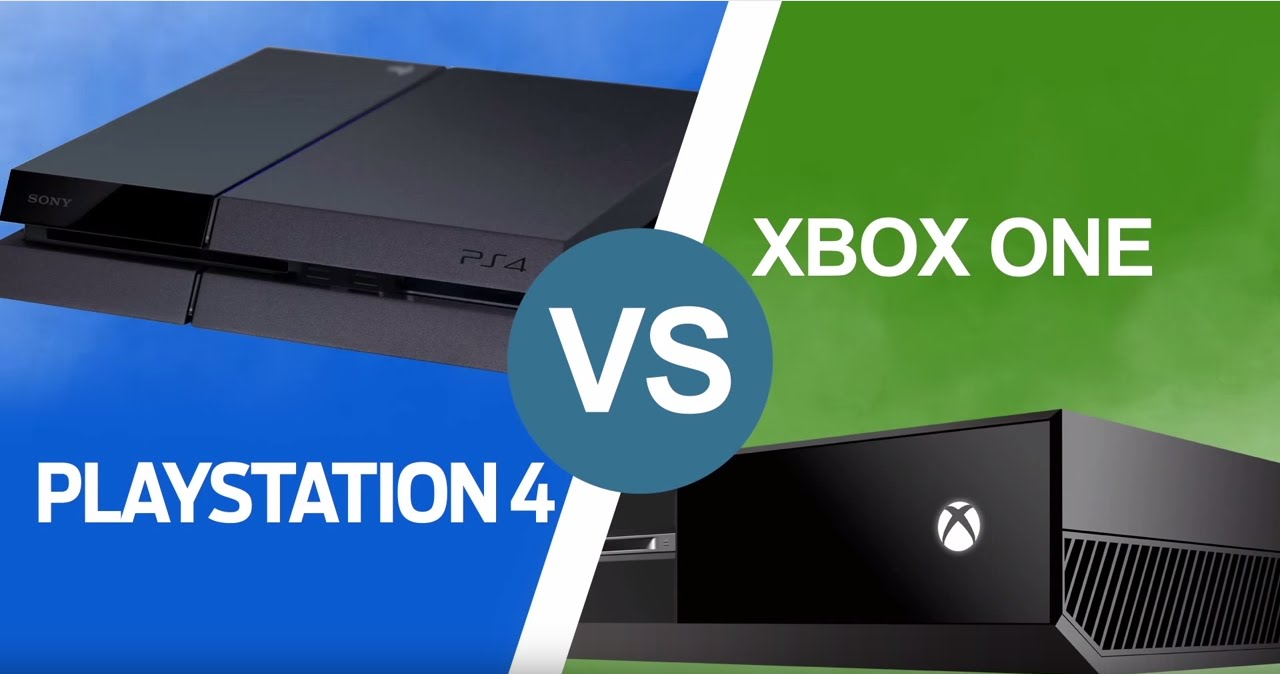 This may seem like an obvious claim. However, it seems particularly true in the video game industry. The same kind of reveal seems less likely in film, especially since film teasers or reveal trailers accompany films from the same studios. For example, it is unlikely that someone in a theater setting would see the trailer for a DC superhero movie directly after a trailer for the competing Marvel movie. The same can be said of television. However, gaming platforms and AAA video games are often revealed in direct competition through digital platforms or at major conventions where multiple publishers are likely to reveal their newest products.

Only after the release of these CoD and BF games and the accompanying sales reports can we draw any solid conclusions. It’s likely that these record-breaking likes and dislikes have little effect on actual sales. While the PS4 has outsold the Xbox One, the sales of the Microsoft console are not meager—still in the tens of millions. If both of the games succeeded, like both of the consoles have succeeded, it could represent a continued trend in video game marketing recognized by Zackariasson and Wilson in 2011. After observing and interviewing professionals involved in video game marketing they noted, “Unfortunately, we still see examples where developers use the Internet to distribute their games with the logic ‘if we put it out there, it will sell.’ This approach creates noise and is detrimental to good games as they may get lost in the noise”. [8] Whether or not the possible success of both CoD and BF in future sales would cause other good games to get lost in the noise is a debate for another article, but such hypothetical success would certainly support the old adage that, “any press is good press.”