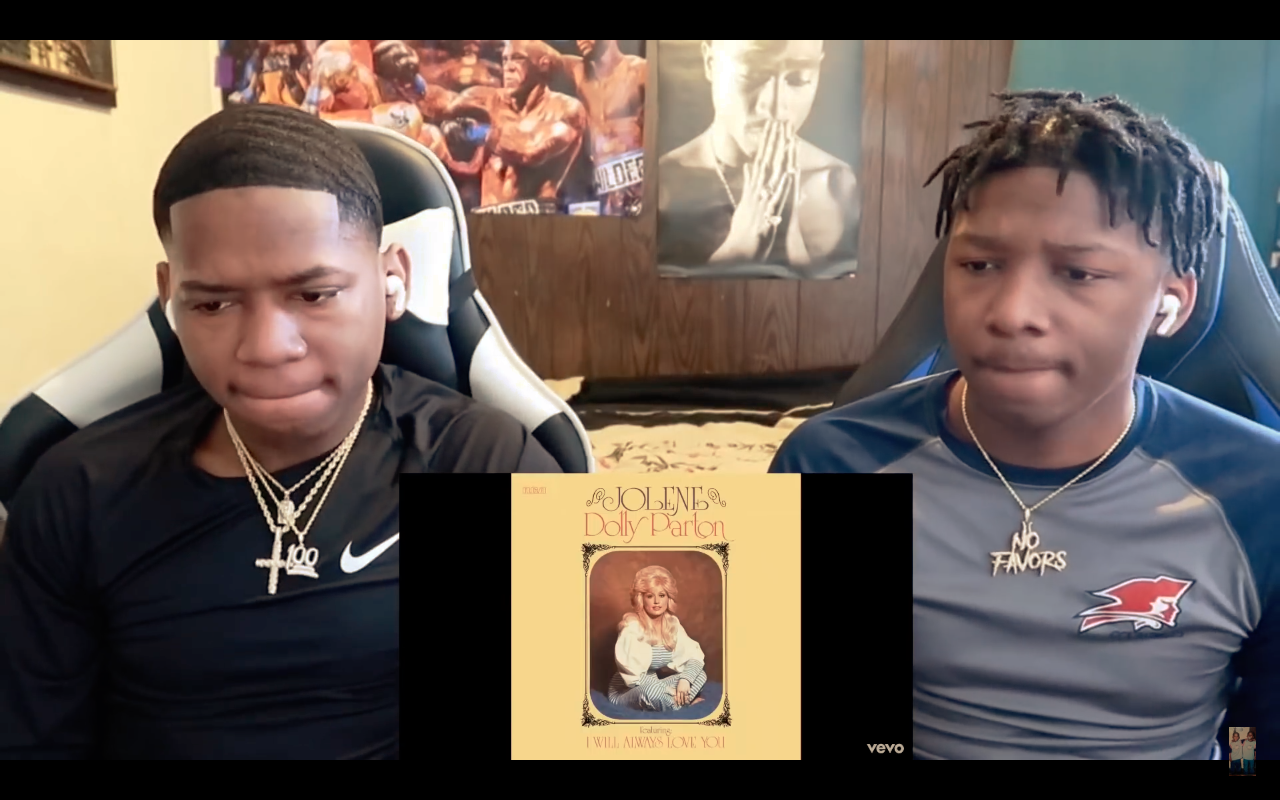 Musical reaction videos are a popular YouTube form that has been around for some time but that has been regularly going viral for perhaps more complex reasons in 2020, a year indelibly marked by a relentless pandemic, a toxic U.S. political landscape, and global calls for racial justice.

And like many other Gen-Xers, I absolutely love them.

What I didn’t fully appreciate as I first began to seriously dive into musical reaction videos was it was an extension of my day job as a scholar of contemporary Latina/o/x popular music and media. I have always loved watching other people informally engage with music – on the street, in elevators, on public transportation, at concerts. Apparently, millions of others share my passion, as the growing popularity of musical reaction videos by YouTubers illustrates. Why then is the musical reaction video having such broad appeal at this precise cultural and political moment?

Many of the most popular recent music reaction videos tend to follow a standard formula: young, Black male creators are featured responding to classic popular selections that they have purportedly never heard before. Often, the music video or some other clip of the performer(s) are shared and viewed as the creators hear the song for the first time – a move that inevitably complicates the reaction. Simply put: we are not lot merely witness to the commentator’s auditory impressions in these instances; we note their visual reactions as well. The ubiquity of music video has rendered the divide between the sonic and the visual experiences of popular music razor thin if not obsolete, and altered the musical listening process irrevocably. We might argue that musical reaction videos themselves wield the potential to forever change our understanding of the relationship between music and race as well.

Any nuanced understanding of just why much of the older, white, YouTube adult viewing public is enthralled with musical reaction videos at this time also begs at least a nominal reminder of the explosive racial landscape of 2020. It is therefore difficult to ignore the fact that in an online context marked by the circulation of countless videos detailing everyday acts of violence aimed at African-American men and women, musical reaction videos offer an alternative view of Blackness, one marked by an emphasis on one of the most pleasurable of human acts: listening to music. Enter the Williams brothers. 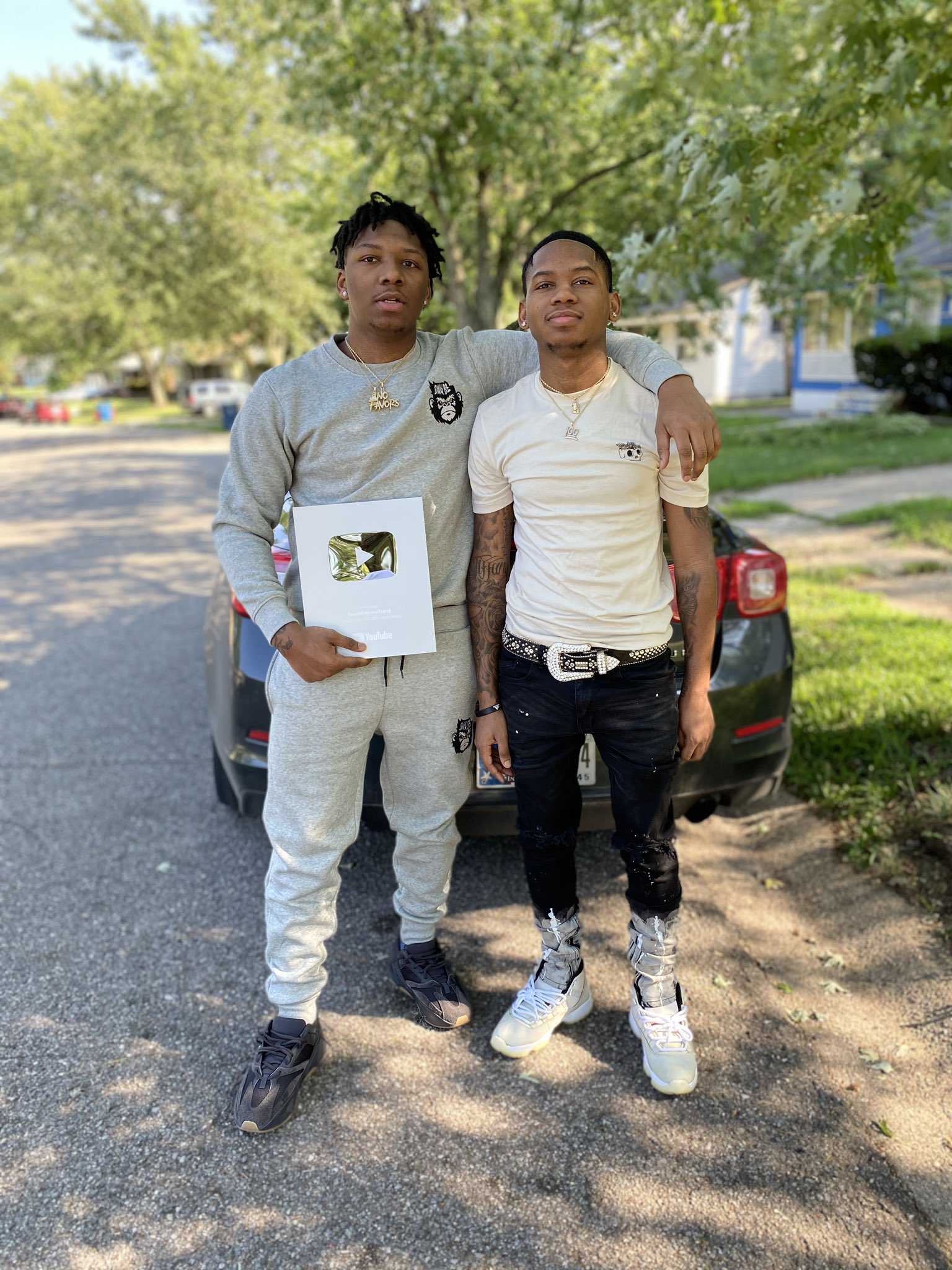 Tim and Fred Williams, 22-year old twin brothers from Gary, Indiana, became active in the digital realm when they started their YouTube channel three years ago. Reaction videos to rap and hip-hop tunes quickly became part of the channel’s standard fare, but around a year ago the twins began to react to a broader range of musical genres. The Williams brothers rose to Internet fame late this past July with their reaction video for the dark 1981 Phil Collins drum solo classic “In the Air Tonight.” Notably, shortly after the “In the Air Tonight” video went viral in early August, the song shot up to number two on the iTunes singles chart (Rosen 2020). Featured in no less than a recent New York Times article, a New York Times Magazine essay, and a piece in Rolling Stone, the Williams brothers are posited as central figures in the YouTube trend, and the “In the Air Tonight” reaction video is cast as a milestone moment in the trajectory of musical reaction videos. The “milestone moment” in question, or the moment when many white media consumers encountered the musical reaction format on YouTube for the first time, constitutes an instance of musical discovery of sorts, with all of the racial connotations that narratives of discovery in the Americas have always implied. Here, however, the discovery is not made by YouTube viewers (whose acts of discovery extend no further than finding the Williams brothers), but rather by the young brothers themselves. Indeed, judging from their comments the viewers responding so enthusiastically to the Williams’ reaction video for Janis Joplin’s “Piece of My Heart” are already familiar with the tune. Instead, the pleasure they experience is vicarious; it is rooted in the thrill of (someone else’s – specifically, a young Black male’s) discovery. During my years of research, I have learned that these particular narratives of musical “discovery” are always informed by relationships of power. The logic is simple: musical reaction videos start existing, they literally come into being, once they become legible to dominant U.S. culture. And the songs themselves, never “discoveries” for anyone but YouTube creators like the Williams brothers, become a form of cultural collateral, assuming different meanings and values to diverse parties.

Despite their ubiquitous nature, musical reaction videos are actually quite rare in some key regards: for one, they offer the opportunity for highly fragmented media audiences to engage each other over their shared appreciation for a common media text. With the persistent movement in recent decades towards ever more fragmented media markets – and the intense political fragmentation of the United States in recent years – this is not a minor issue.  The music industry has been no exception. By the very nature of the industry’s current construction, it is not necessarily easy to leave one’s musical listening bubble on services like Spotify, a streaming service that deploys algorithms to select the next artists that consumers can listen to. However, as Jonathan Bernstein (2020) contends, musical reaction videos can also contribute to the breaking down of traditional, and often racially informed, musical genres in the marketing process. What then does the potential influence of YouTube creators have on the organization of the US music industry and its conceptualization of the nexus between music and race? How might these shifts someday shape the manner in which we as global citizens approach the act of listening to music? And how might it encourage us to question the impact of race on musical histories, specifically our understanding of how musical forms originate and where they have racially resided across time?

Music reaction videos made by young Black creators also offer the opportunity to contest the historic racial dynamics of the music industry, in particular the politics of co-option that have shaped the historical trajectories of many musical genres. They make it possible to observe young Black creators like the Williams brothers encounter white stars like Dolly Parton or George Michael for the first time – both artists who worked in genres that were essentially grounded in African-American musical forms, yet packaged as “white music” for white audiences. In this regard, as young Black men, the Williams brothers could be said to be recuperating the elements that were originally incorporated from African-American music into their listening practices and into those of many of their listeners (García 2020).

These are but a few of the complexities that musical reaction videos introduce. As Jody Rosen (2020) conjectures, musical reaction videos also attract middle-aged Gen Xers enthralled by a “satisfying twofer: a chance to cluck their tongues at clueless youths while confirming the supremacy of their own touchstones.” The article also makes a compelling argument for the “racial anxiety” underlying the relationship between musical reaction video creators and (read: white, older) YouTube viewers: that the Williams are but one of many Black performer-entrepreneurs who are recognizing and monetizing the online demand for “Black affirmation of white viewers’ cultural worlds” (Rosen 2020). In 2020, we still live in a country in which many non-Blacks are less threatened by Black people who agree with them, and who confirm their worldview. Yet the exchange is not unidirectional: the Williams brothers also receive validation for their open-minded attitudes towards unfamiliar music, their skillful listening, and everything else. In the midst of the very real racial traumas of 2020, it is something of a relief. Beyond that, musical reaction videos just might forever alter the way future generations understand the relationship between music and race. This, my fellow Gen-Xers, is why we should be paying attention. You can certainly bet that the music industry is. 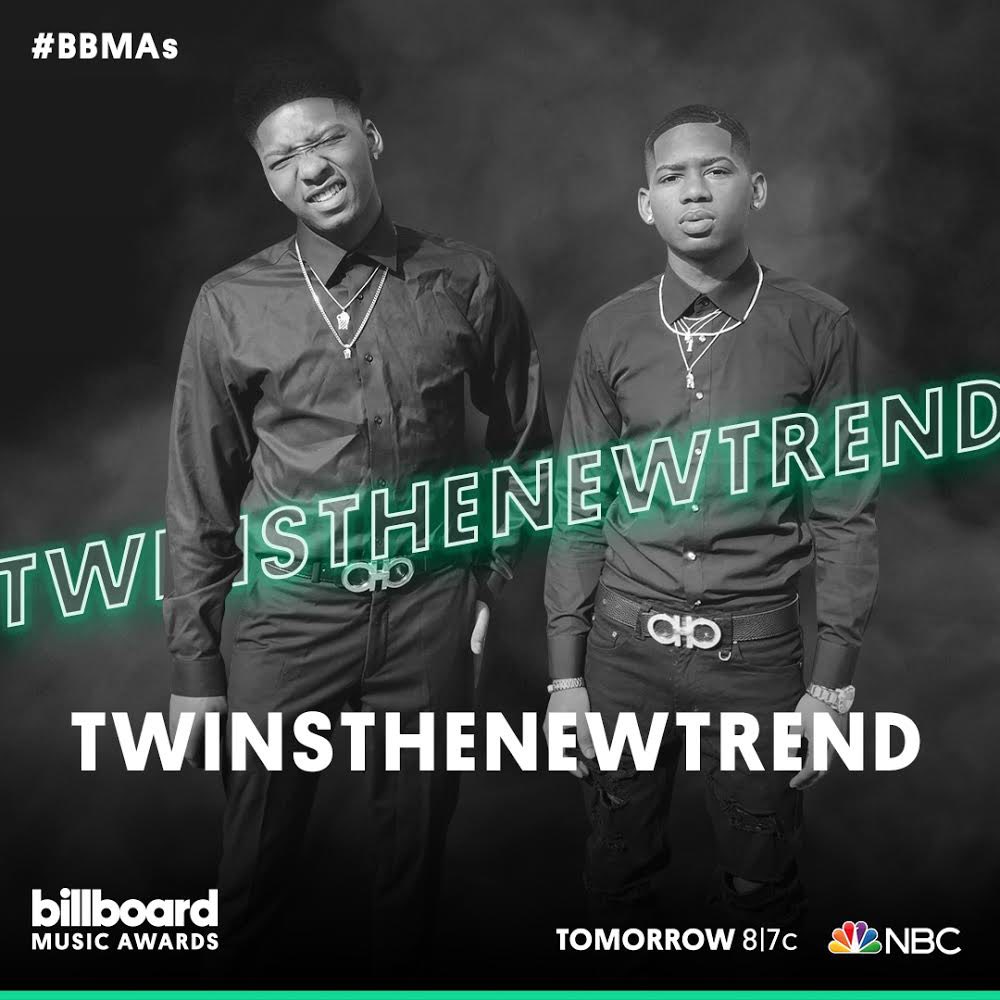 Promotional poster for the participation of the Williams brothers in the 2020 Billboard Music Awards
Image Credits: References: