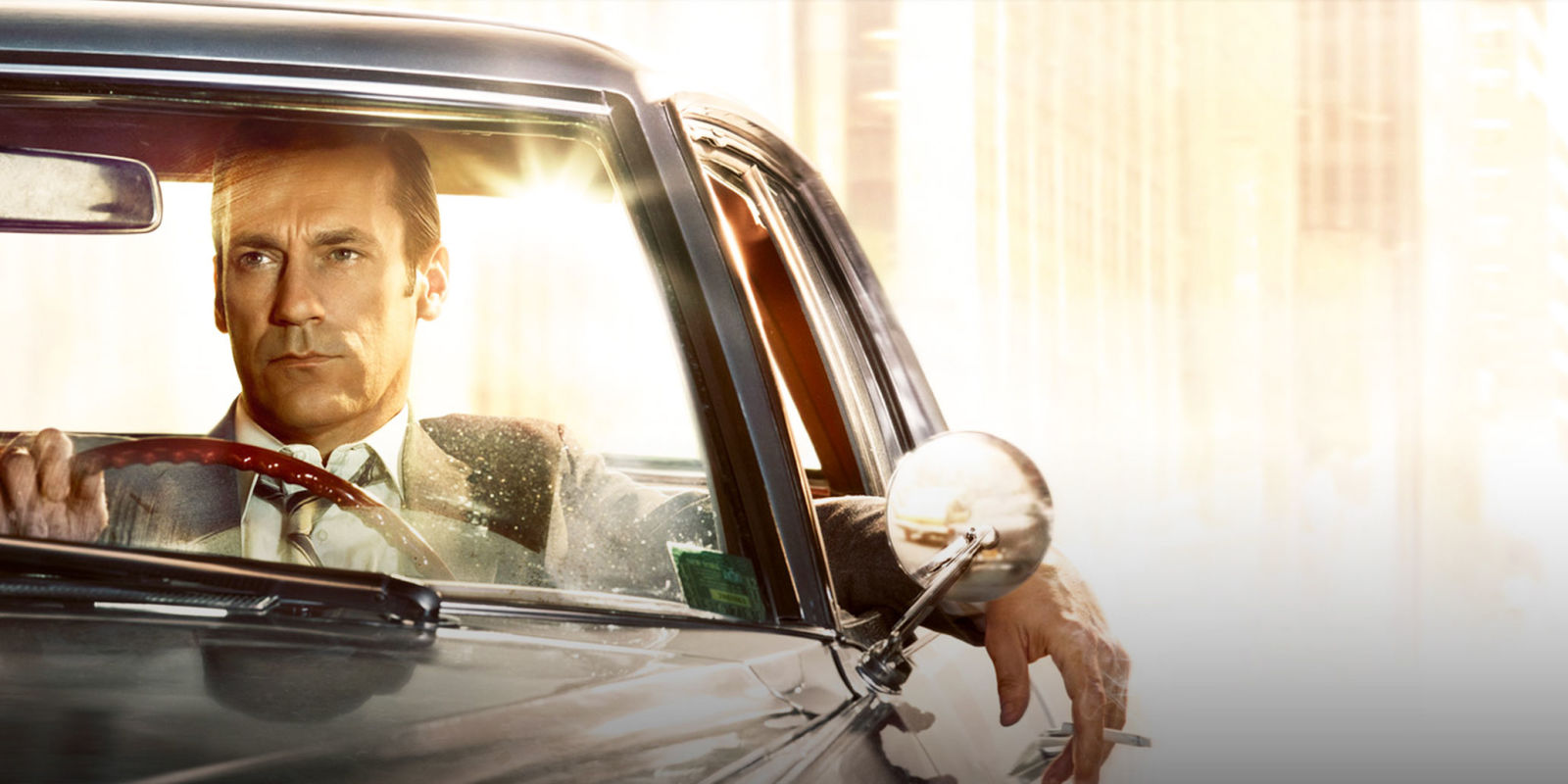 Don Draper Driving in his Cadillac

Beginning with the Italian Futurists’ first 1909 Manifesto, modernist design discourse championed the utopian potential promised by the speed and mobility of automobile transit. Cars represented, more than any other modernist creation, the male desire to dominate a landscape using a particular visual form. Filippo Marinetti, the founder of Futurism and the author of the 1909 Manifesto, also proposed deeply misogynistic and vocally anti-feminist ideas that expressed the desire to dominate and suppress women while liberating men through automobile transit. Marinetti later revised his comments about women, championing the kind of feminist who was “a new kind of unromantic woman,” but his first claims strike at the heart of modernism’s failures to make room for female let alone feminist voices. [1 ] The Futurist Manifesto focuses solely on cars’ symbolic potentials rather than on any sort of formal tenets and defines the Futurist masculine movement by reconceptualizing time rather than space, stressing the significance of transience. The driving, solo man, street racing in the exurbs of Milan, comes to embody the empowered technological individual.

Don Draper is always driving on an Angeleno freeway of the mind. Matthew Weiner cites the preserved modernist fabric of Los Angeles as a primary inspiration for the series, but the modernist thrall of Los Angeles comes, in the assessment of modernist historians, from its almost hyperreal car culture. Mad Men is nothing if not a blend of the decades surrounding its 1960s setting, and its sets reflect a continued preoccupation with Populuxe 1950s car aesthetics, especially in roadside architectures like Howard Johnson’s, Burger Chef, and a string of motels that feature as prominently in the show’s narrative arc as the elite modernist office spaces they inhabit. The 1950s represented the decade when corporate consumer architecture — big box stores, malls, grocery stores, fast food chains, and more — began proliferating in many American cities and spreading along highways into suburbs and even exurbs. This kind of sprawl had characterized Los Angeles since the 1880s; however, it became the national American urban image in the postwar period. The ad people of Mad Men are actively trying to advertise to this new, automobile-dependent national landscape.

While Mad Men’s sets and filming locations were intended to represent largely confining and dense New York locations, the entire series, excepting the pilot, was actually shot within the Los Angeles metro area and on sound studios at Los Angeles Center Studios. The modernist tower of the studios, near downtown LA, was designed by the same architects behind CBS Television City and, before the 1990s, had been an oil company’s corporate headquarters, imbricating Mad Men’s Manhattan corporate with the fuel that drives the auto industry. 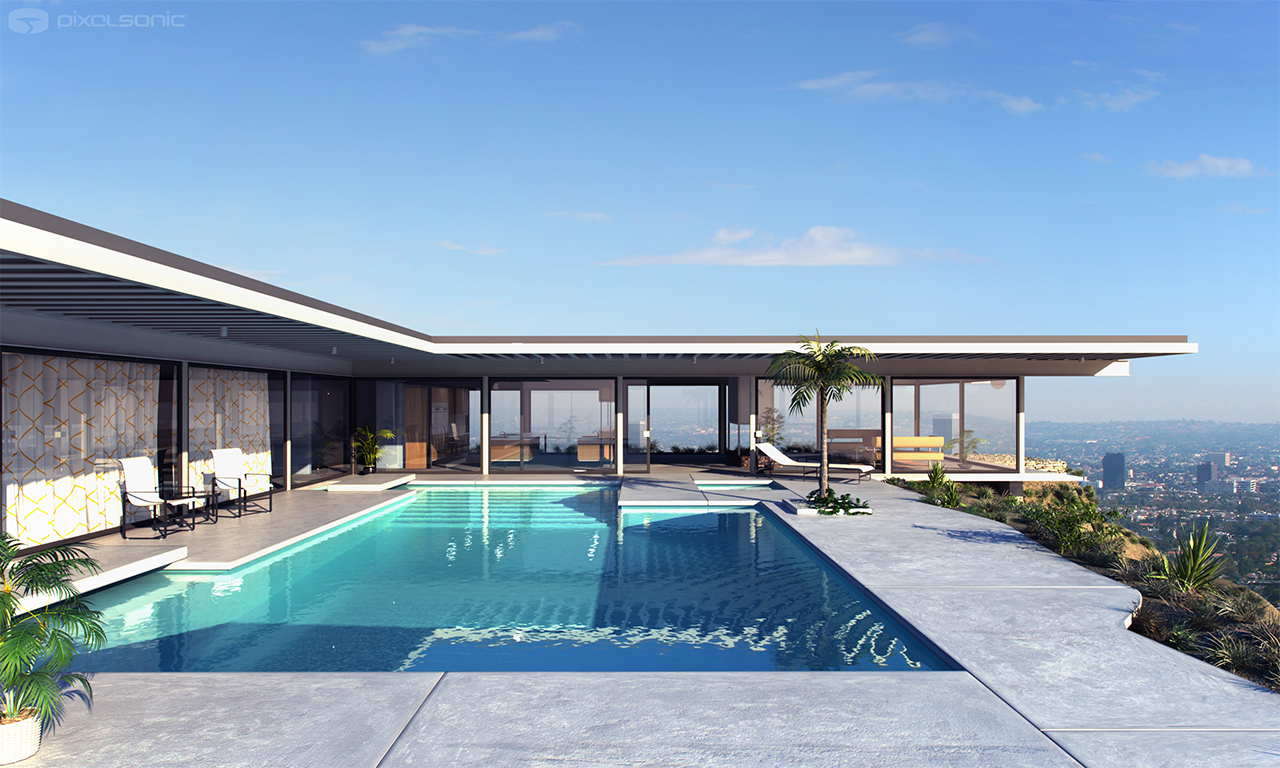 Mad Men’s modernist Angeleno preservation impulse is perhaps most evident with Don and Megan Draper’s Upper East Side apartment whose interior is said to be based upon the LA Case Study Houses from the late 1940s and early 1950s and also upon popular California and national design magazines. On DVD commentary, Matthew Weiner claims the season two episode “The Jet Set” was filmed at one of these houses, but the kind of new multimedia affluent suburban ranch home brimming with equally new corporate technologies ironically receives its clearest re-articulation–as the nightmare setting of a failed second marriage–in Manhattan. Homes with built-in televisions and commissioned and promoted by a magazine, the Case Study houses represent the mass media’s attempt to shape the architectural tastes of the general public, to instate a Design for Dreaming.

From its historical perspective, Mad Men focuses on how mundane these spaces ultimately were and rejects the mythologies of the good life and glamour that are embedded in our collective memory of such spaces. As the aforementioned 1956 General Motors promotional video Design for Dreaming insists, the success of new, Second Machine age techno-utopia homes depended upon automobility. The good life was afforded by a hardworking husband, always in the driver seat coming to and from work, who affords his wife the newest technologies to ease her housework and childrearing. Driving in the car came to represent the acquisition and accumulation of capital, the engine affording the proliferation of mechanical consumer goods in the postwar home. But, then there’s one of Mad Men’s responses to this mythology in season seven’s “Time Zones,” which soundtracks Vanilla Fudge’s “Keep Me Hangin’ On” to a montage of sobbing, compromised, variously inebriated and forlorn characters in Case Study landscapes, unable to live up to or within the iconic poses these spaces insist upon their inhabitants taking.

Yet the dominant Angeleno car mythologies of Mad Men stem from Futurism and architectural history. Indeed, two architectural histories by Reyner Banham reflect the masculine thrall of automobile transit during the 1960s and that era’s historical desire to render the driving suburban everyman as possessing a kind of Futurist power. In Theory and Design in the First Machine Age (1960, first edition), Banham admits the sexism of the Futurists but does not fully explore the hypocrisies undergirding said sexism. Instead, he glorifies their idealism. His book proposes that cars define the ability of technological modernity to progress and, implicitly, that only men have developed theories or publicly worthwhile opinions on cars. 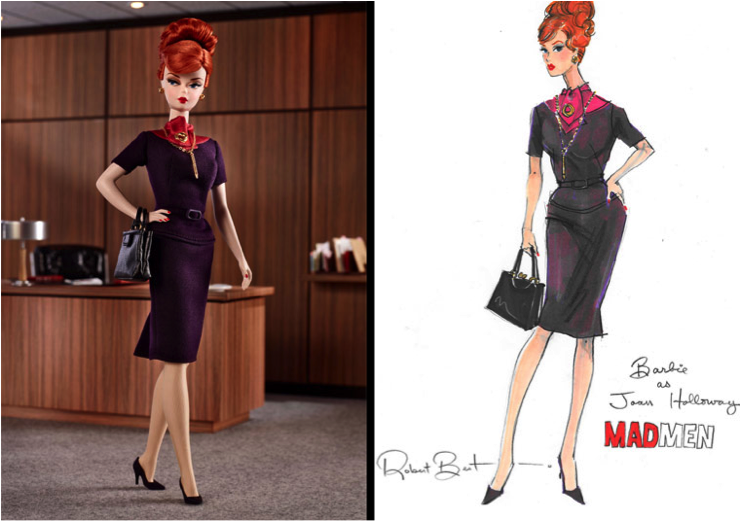 The season five episode “The Other Woman” could be read as an overt Futurist allegory that meditates upon how masculine car culture progresses at the cost of women who are not unromantic. In the episode, Joan Holloway, who was commodified as a sexy Barbie doll during an early season, must sleep with a Jaguar executive (masculinist car culture!) in order to gain partner status. Those truly benefiting from the agreement are Joan’s male colleagues who have a far larger financial stake in winning the business. While this narrative could read like a woman (Joan) overcoming, or accepting, the car industry’s embodied oppression to achieve something long deserved, Joan’s victory is temporary and it’s made explicit that the sorts of oppressions she experienced are continuous in every professional arena.

In the third to final episode, “Lost Horizon,” Joan is sexually propositioned and harassed after a recent merger. She confronts her new boss about the situation and the scene escalates to Joan proclaiming she is going to enlist Betty Friedan, the ACLU, and the 1970 Ladies’ Home Journal protesters and him demanding she leave and accept a liquidated partnership. Joan’s brief attempt to intervene in masculinist corporate politics with overt feminism is depicted and punished in the modernist idiom of the show. Joan must start anew from her kitchen. This trajectory runs counter to Don’s: in the final episodes, he takes the open road to California where he attains spiritual capitalist enlightenment, privileged, unlike Joan, with the ability to abandon responsibilities and to adopt the kinds of new spatial identities afforded by carefree automobile transit.

In Los Angeles: The Architecture of Four Ecologies (1971), Banham paeans the LA freeways as the modern American equivalent of ancient Roman monuments — without admitting the extremely embodied and not always positive experience of, well, actually driving in LA. Banham provides a narcissistic universalizing (read: only his own straight white male) perspective on Los Angeles that doesn’t account for the different ways that Angelenos experience the freeways. Rather, this is Don’s fantasia: driving alone in a car on a scenic empty highway on the road towards the everyman’s enlightenment, or, towards “California Dreamin.” Somehow, Banham’s photos of the LA freeways, included in the book, are all empty or, at most, contain one other car, rescripting the actuality of the place to reflect a modernist privileging of the automobile and its infrastructure as design objects autonomous from their congested context. These are the same empty roadways as those Don’s always taking. 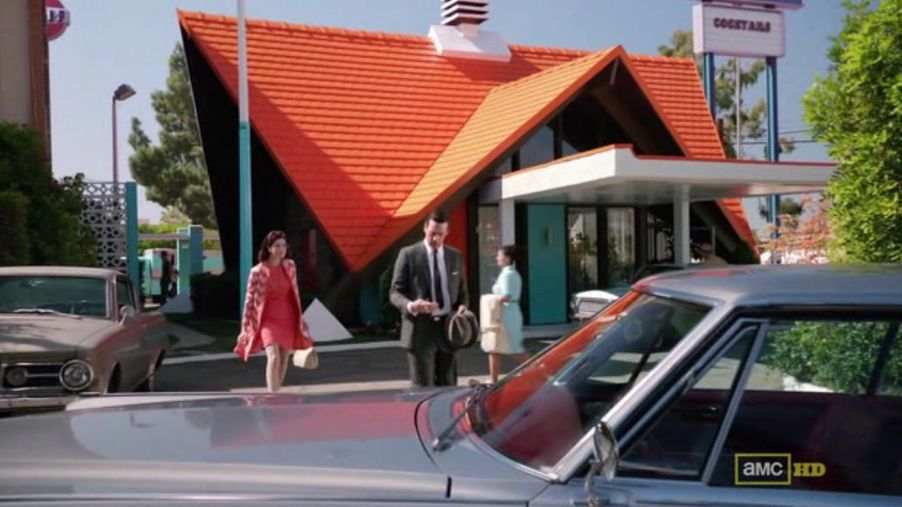 In fifth season Mad Men episode “Far Away Places,” the Futurist myths concerning automobility are harnessed to express what Matthew Weiner describes as the “desire to go away.” [2 ] The entire show could be based upon this premise, with the weekly pitches to clients functioning as the idealized capitalist automobile dreamworlds that its characters peddle but never inhabit. In the episode, Don turns aimless driving — a Futurist mobility for the sake of mobility — into a tool to attempt to control his second wife, Megan. They decide to take an impromptu trip to a Plattsburgh, New York where there’s a Howard Johnson’s restaurant and Motor Lodge. There, inside the restaurant, Megan tells Don that she is sick of Don dominating their shared life. The image of their marriage is one of driving, of escape, of a road as open as the American landscape, and it’s also one of commercial capitalist roadside architecture, a love affair born of Disneyland motels, but also one in which Don is always in the driver’s seat. Their marriage fails because, following a Futurist myth, these Mad adventures only prove enlightening, or generate progress, when a man sets out on his own.