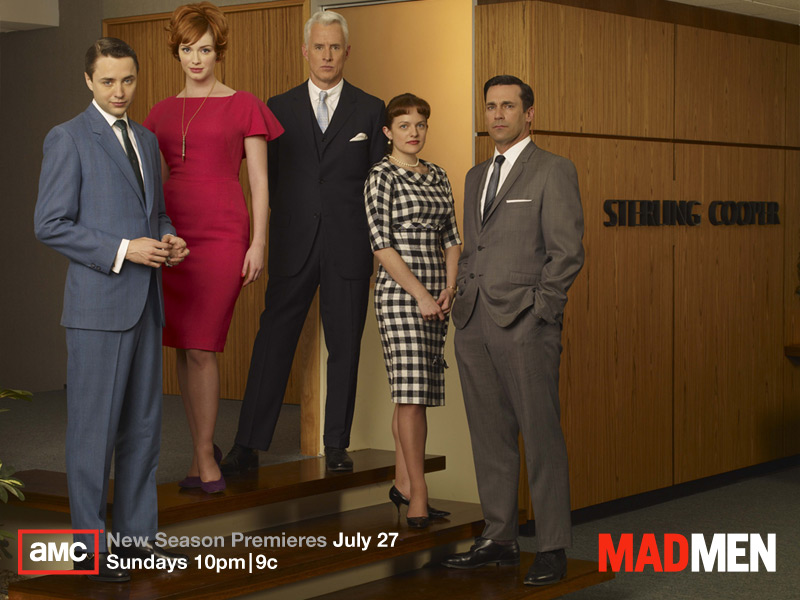 The cast of AMC’s Mad Men

Reviewing American TV drama output for 2008, Heather Havrilesky1 pronounced it “one of the worst years of TV in the last decade” and lamented the apparent return of the risk-adverse commissioning practices of the past, as a result of which, in her opinion, “all of the momentum and promise of the past few years” has receded into “a haze of crappy, unoriginal new programming.”2 Notwithstanding Havrilesky’s prognosis and convincing list of “lackluster” examples, my own view is that any apparent trough for American drama in 2008 is but a blip on an otherwise eventful creative landscape.

Aside from the repercussions of 2008’s writer’s strike, there has been much to celebrate in American drama output of this decade. Indeed, Havrilesky’s ‘golden age’ assessment of successive pre-2008 shows acknowledges an unusual degree of innovation. Focussing on the creative peaks rather than the unavoidable troughs, this column contends that post-2000 innovation in American TV drama has been most striking at the ‘high-end’ of the hour-long series and serial area, this encouraged by the conspicuous success of indicative cable-commissioned examples. Although hour-long drama involves a range of programme types and budgets, the ‘high-end’ descriptor I invoke here refers to drama’s crème de la crème, whose episodes can cost upwards of US$3 million each. This drama is conceptually adventurous and narratively complex, is often created by writers or hyphenates with ‘auteur’ credentials, and uses 35mm film (or its digital equivalent) to achieve a cinematic quality.

Before 2000, mitigated by the market share implications of this drama’s exorbitant cost, the commissioning of ‘high-end’ American series and serials was generally monopolised by broadcast networks with the requisite market share and revenues. But all too routinely, this broadcast drama was creatively constrained by the “safety first” conservatism3 of complacent institutions too terrified to accept the commercial risk of genuine creative experimentation. Broadcast drama has been further limited by daunting expectations of immediate success and then, if delivers the requisite ratings, by sometimes over-blown attempts to prolong its life and profitability (known in the trade as ‘jumping the shark’), one objective of which is to amass enough episodes to maximise syndication and other ‘back-end’ revenues. With such considerations bearing down particularly heavily on broadcast commissions, network timidity continues to set the creative limits on much of TV drama output. 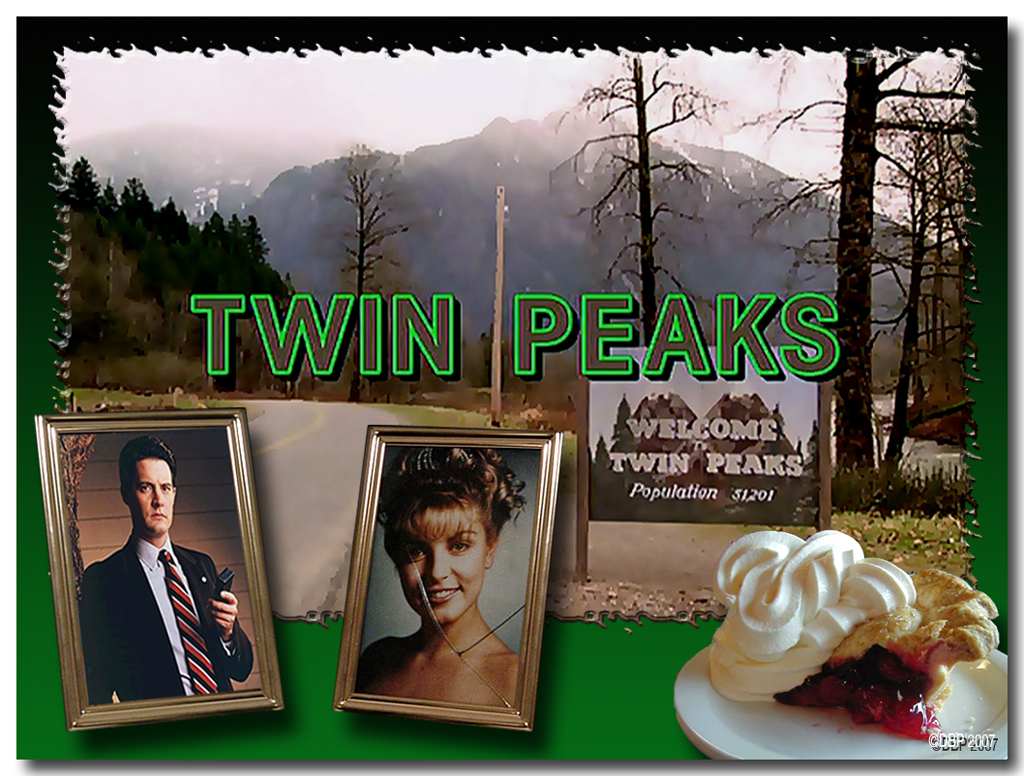 Writers and producers were undoubtedly grateful for significant progressive change in American hour-long drama during the ‘quality TV’ turn of the 1980s and 1990s, which yielded what Robert Thompson4 argued was a second ‘golden age.’ ‘Quality TV’ flourished following the success of breakthrough shows like Hill Street Blues (NBC, 1981-87) which demonstrated an under-exploited link between conceptually inventive, aesthetically edgy drama and the delivery of the affluent audience segments for which advertisers were prepared to pay several times the ‘general audience’ rate5. With Twin Peaks (ABC, 1990-91) among its other ‘classic’ examples, the creative legacy of ‘quality TV’ was to extend and rework conventions in drama concept design and narrative style, to mainstream intertextual and self-reflexive referencing, and encourage production values in a cinematic direction. In these ways, the ‘quality’ turn in American drama answered the challenges of intensifying competition, market fragmentation, and the loss of broadcast audience share to cable. Although ‘premium cable’ networks HBO and Showtime began commissioning original drama as early as 1983 (Edgerton, 2008:6), increased creative experimentation in renewable hour-long drama formats seemed to follow their late-1990s entry into the hitherto broadcast-dominated competition in this costly area of drama. With HBO’s The Sopranos, Six Feet Under and Deadwood finding critical acclaim and luring very large audiences, it was the unexpected success of these and the cable-commissioned dramas that followed – to which the broadcast networks were obliged to respond in their own commissions – that catalysed the broader, more sustained innovation in ‘high-end’ hour-long drama that is now eliciting perceptions of a further round of ‘golden age’ achievements in the current decade.

Innovation in contemporary ‘high-end’ series and serials – which has also been evident in such broadcast examples as CSI, 24, Desperate Housewives, Lost, House, and Boston Legal – has centred on the use of five strategies which, although not new to ‘high-end’ TV drama, have been more consistently deployed in American examples since 20006. These are:

Helping to disperse these strategies across leading American drama series and serials post-2000 has been an increased willingness by its network and studio investors to accommodate the creative demands of what they regard as ‘star’ producers9 and to support production budgets of around US$3 million per episode10 in the hope of amortising the extra cost in later sales. 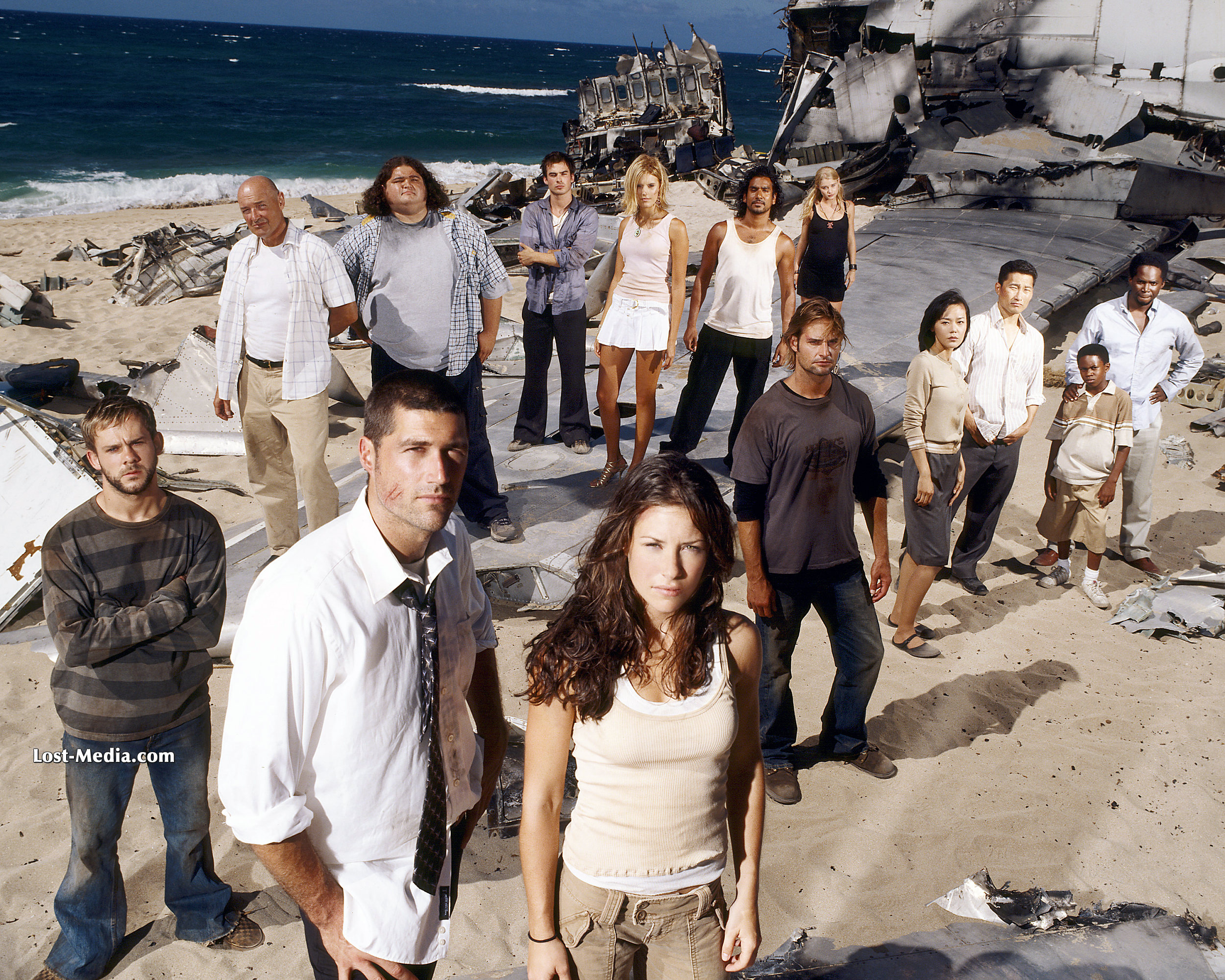 As the most successful drama ever produced for cable TV and the most innovative American drama serial in a creatively eventful decade, HBO’s The Sopranos (1999-06) successfully pioneered the above set of strategies to yield a sense of innovation at its peak. Offering a concept with no TV drama precedent, The Sopranos proposal was rejected first by Fox and then by CBS and ABC, before being finally being accepted by HBO11. The sense of novelty that lured viewers to this serial, is grounded in an inventive generic mix whose components include “the gangster movie, soap opera, and psychological drama”12. While authorship claims in long-form drama are often exaggerated, The Sopranos exemplifies the progressive potentials of drama that is able to develop under authorial control. Its ‘author’ was David Chase, the award-winning writer, producer, and director who, having conceived The Sopranos, remained head writer and the “driving creative force” (McDonald, 2007) through its six seasons.

The Sopranos was shot on single-camera film and fully exploited the cinematic regard for visual style – most evident in its feature-like cinematography, subdued and textured lighting and richly detailed sets. Important to the point of difference that this visual quality helped it achieve, was HBO’s decision to invest US $2-4 million per episode, more money than other networks were spending on drama at this time13. The Sopranos demonstrates the full range of textual strategies implied by ‘narrative complexity’14, these including the use of multiple perspectives, dream sequences for psychological revelation, temporal manipulation, and self-reflexive referencing, among other forms of intertextual play. Finally important to the ‘Not TV’ distinction of The Sopranos, is that it was a ‘premium cable’ commission. Its compelling serial narrative was designed to entice viewers to remain with HBO rather than submit to ‘churn’. Accordingly, The Sopranos cultivates ‘must-see’ allure, demanding unfaltering loyalty from its followers. Facilitating the more risqué or violent representations that also characterised The Sopranos, its cable domicile freed the emerging drama not only from anxieties about FCC content rules, but also from the other constraints on a TV drama’s design, content, and style that can be attributed to the context of an advertising-funded broadcast network15. 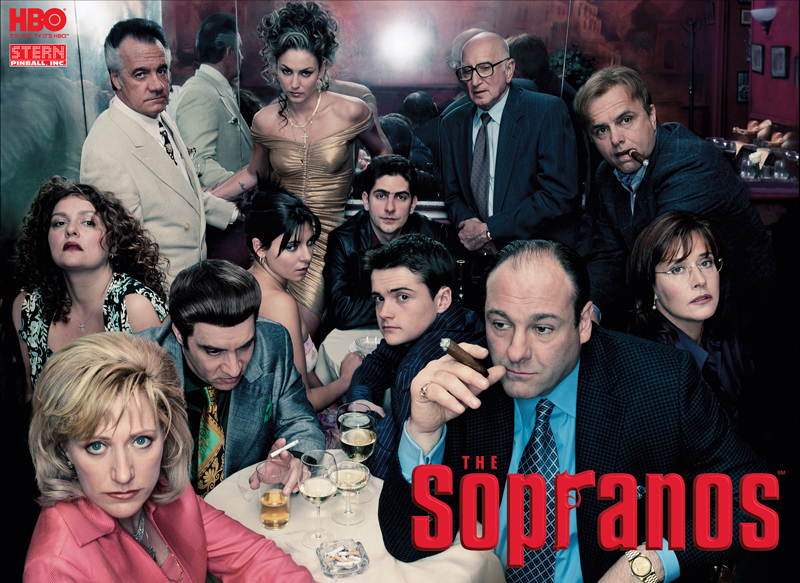 The Sopranos achieved sufficient popularity and profile to draw ‘network-sized’ audiences to HBO and, having done this, raised the stakes on innovation for other networks, placing particular pressure on the broadcast sector. The conceptual originality and aesthetic edginess of ‘high-end’ series and serials appearing after The Sopranos – as exemplified by 24 and House (Fox), Six Feet Under, Deadwood, and Carnivale (HBO), Lost, Desperate Housewives, Boston Legal, and Pushing Daisies (ABC), Dead Like Me, Weeds, The L Word, and Dexter (Showtime), and Mad Men (AMC) – underlines that the creative strategies it so successfully pioneered have since been applied across a broader range of drama-commissioning networks. Deployed to articulate distinctiveness in an evermore crowded, competitive TV landscape and lure hard-to-get, yet lucrative audience segments, innovative ‘must-see’ drama has become a necessity for established as well as for newer networks. Adding to the pressure on leading network providers, is that this kind of ‘high-end’ American TV drama – as the award-winning Mad Men demonstrates – is now being commissioned by ‘basic cable’ networks.