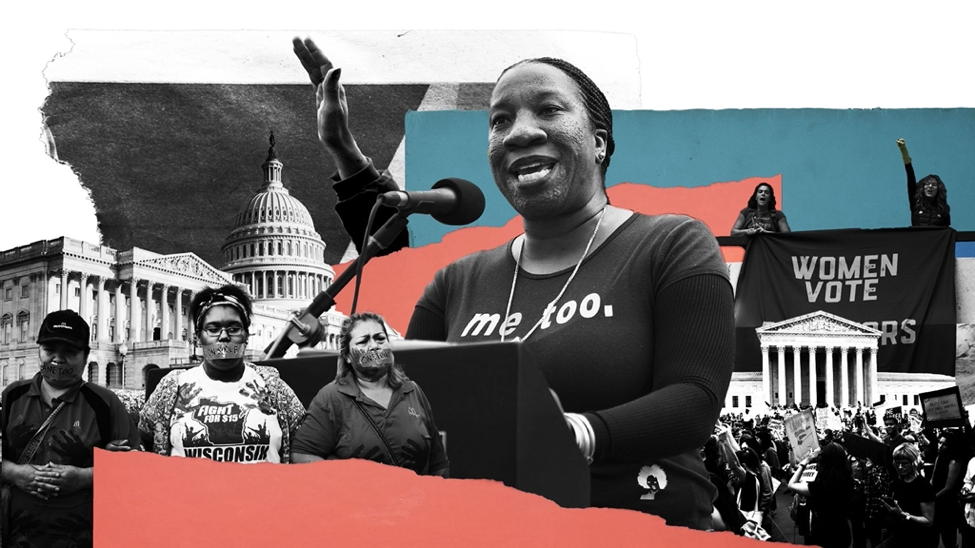 Tarana Burke began the Me Too Movement in 2006, over a decade before Ronan Farrow’s 2017 New Yorker piece and subsequent #MeToo visibility.

Since I first published a piece on Auteur Apologism as part of the Feminist Media Studies Commentary and Criticism special issue “Post Weinstein: Gendered Power and Harassment in the Media Industries” in 2018, I have been excited to see a continued conversation on the term, and methodological framework, continue in teaching spaces and subsequent publications on the #MeToo movement as well as historical critiques of auteurism. I consider this a particular honor and privilege of the range of citations—from senior scholars to graduate students, who have cited the framework. The guidance from Shelley Cobb and Tanya Horeck, editors of the Commentary and Criticism special section who encouraged me to think of the concept in the larger scheme of art and culture rather than apply it was of tremendous help. And one of the hopes, of course, of the piece is to also encourage teaching, researching, and writing more on other ways to explore authorship, particularly outside of the status quo of predominantly white, masculinist, heteronormative, ableist, and Western lenses. Yet we cannot seem to escape it.

My hope is that this piece can expand on the concept of Auteur Apologism and how it remains pervasive, but to also provide an open access, teachable piece on how to teach, and further think, about auteur apologism without foregoing authorship as another important aspect of studying media. The Auteur Apologism framework can be applied from literature and art to film and television. Auteur apologism functions when the auteur has become a figure in which media audiences, and fans, have a tendency to separate the art they love from the artist who is a proven abuser. This is where we can think of media ecologies and network analysis as well. In my dissertation work that foregrounds gendered authorship, I also consider how auteurs are constructed in a similar way that we understand star studies. Audiences and fans’ intense affinity towards stars and auteurs, and auteurs that reach star status, can block believing that a beloved media figure could commit atrocious acts. Dangerous line of questions such as “How can the creator, showrunner, and star of a family sitcom I grew up with do this?”; “Is my first Hollywood crush capable of this?”; “Why would the first director that made me love film do that?” imply a disbelief that someone who has made work we admire and love can do wrong. Or, in cases from Pablo Picasso to Roman Polanski, art is in a vacuum. This form of apologism refuses to even or contextualize, the work of sexual predators. If we consider what we know of their abusive acts, along with theories of authorship and the gaze, we can dismantle romanticized notions of the great male genius who is forgiven for his acts based on his heightened status. Of course, media industries’ frameworks further assist in breaking down the auteurist myth in favor of understanding the realities of production practices and how branding, marketing, and discourse analysis promote auteurism, which parallels the star system. When discussing Black Panther with my students, for example, assigning Kristen Warner and Racquel Gates’ 2018 Film Quarterly piece, “Wakanda Forever: The Pleasures, The Politics, and The Problems,” provides a useful reflection of the ambivalence the scholars interrogated around the film, and that was echoed by many of my discerning students. Considering Ryan Coogler’s limited authorship within such a formulaic media franchise, Gates quotes Warner and expands that thinking of the film as “’Coogler icing and rosettes on a Marvel cake,’” is not only useful in describing Panther, “but any director with a unique sensibility who makes a film for a big studio like Disney/Marvel.” Warner’s 2021 Los Angeles Review of Books essay, “Blue Skies Again: Streamers and the Impossible Promise of  Diversity,” also expands on how promoting diversity and plurality from streaming services is often done so through a select few auteurs of color, even if she agrees there are indeed exceptions:

When streamers do hire prominent people of color auteurs — take Shonda Rhimes or Barry Jenkins or even the Obamas for instance — the reality is that these creators often serve as the keepers of risk for the platform. Their presence signals diversity and innovation, but often leaves very little available to those other Black and Brown folks who might need the protection that accompanies experimentation.

In many ways, I began thinking of writing on auteur apologism when I first read Linda Nochlin’s essay “Why Have There Been No Great Women Artists?” in a seminar course in Art History titled Gender and Genius. When I realized I wanted my dissertation to be on women showrunners at the intersection of authorship, representation, and industry, and developed my qualifying exams reading list, I found a breadth of literature on ways of studying authorship that considers the historical impact of auteur theory, but also dismantles notions of assigning authorship to a sole auteur-genius. As I also prepare to teach a global cinema course on Global Auteurs and Authorship, I find myself revisiting Priya Jaikumar’s 2016 chapter “Feminist and Non-Western Interrogations of Film Authorship” from the Routledge Companion to Cinema and Gender to underscore the debates and tensions surrounding auteurism. As I am teaching in an English department for the first time, and especially in the Adaptation Course, I also frequently reference Cobb’s book, Adaptation, Authorship, and Contemporary Women Filmmakers, as it has been a useful entryway for literature majors to consider multi-layered authorship and adaptation. 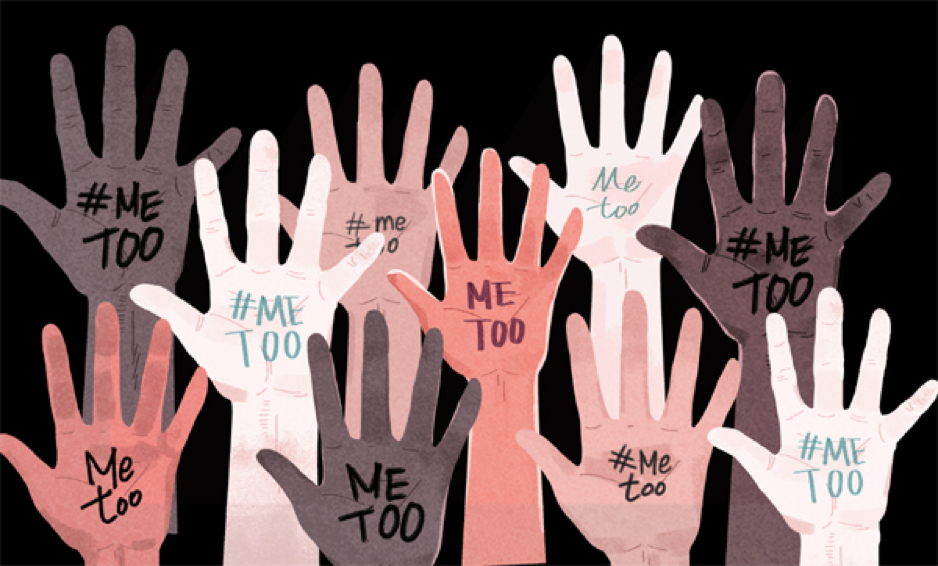 #MeToo in 2017 initially ignited within the media industries. Should we continue to teach canonical works and problematize abusers, or should we rather focus on highlighting the overlooked works of artists on the margins of auteurist discourses and Hollywood? Auteur apologism is a significant factor in cultural amnesia and art in a vacuum. Further, how can intersectional approaches to Me Too provide the necessary complexity and nuance to hierarchal structures of power and subsequent oppression and strive towards equity?

A major pedagogical discussion in the aftermath of #MeToo concerns whether or not we should teaching the work of abusers. These conversations can be infinite. We can teach film eras associated with white masculinist filmmakers: we can teach not only Alice Guy Blaché and Lois Weber, but Oscar Michaeux and early Black women filmmakers in silent cinema, such as Zora Neale Hurston, Tressie Souders and Maria P. Williams. We can look at the stardom of Anna May Wong and Marion E. Wong’s diasporic Chinese-American silent works. A common apologist rebuke is often framed in terms of auteurs as a “product of their time” when pedophilia and sexual assault were not criminialized. This also suggests we are living in a time in which attacks are properly identified and treated with respect to a survivor. Institutions from Hollywood, college campuses, and police and criminal justice systems, prove this time is far from present.  Rebecca Harrison’s 2018 MAI: Feminism and Visual Culture‘s critical reflection piece, “Teaching, Screening and Writing About Cinema in The Age of #Metoo” offers a candid and visceral personal and academic account of what it it feels like for a victim of sexual violence and film lover to, as she puts it, offer a solution that is both the most “simple” and “radical”: to dedicate research and provide curriculums that foregos the work of the abusers. Harrison offers a counterargument to the common rebuttal that this would erase history, or to problematize their work. In teaching a course this semester on Women as Filmmakers, I realized how many women I could have previously included seamlessly in early film history lecturers, or other movements and eras associated with masculinist authorship. The energy spent on framing the problematics could thus be better served on any other media practitioner. As Harrison writes:

Just think of all the women I could have included in this paper, all the names I haven’t said. All the women who made films, make films, didn’t get to make films, named the men, withstood the shame, thought we supported them, thought they were making change… only for us to forget, to keep screening the abusive men, to remember only when the women stand up and say, ‘Harvey Weinstein raped me’, again.

The new cinephilia takes up So Mayer’s call for “representational justice,” aiming for a true inclusiveness, and embracing the broadest possible variety of moving-image forms and artists. This does not mean devoting equal attention to all filmmakers and all work, for that would be the kind of tepid, liberal gesture that allots an “equal voice to all sides.” Instead, because the old cinephilia has long privileged filmmakers belonging to certain dominant social groups, the new cinephilia throws its weight behind socially and politically marginalized artists, as well as the institutionally marginalized cinematic forms that are most hospitable to them. Each cinephilic act of speaking, writing, citing, and curating must also be an act that intervenes in an unequal world.

The works I have cited have been invaluable in the past three years, but especially since the global pandemic in 2020 when academic life became more isolated than ever. 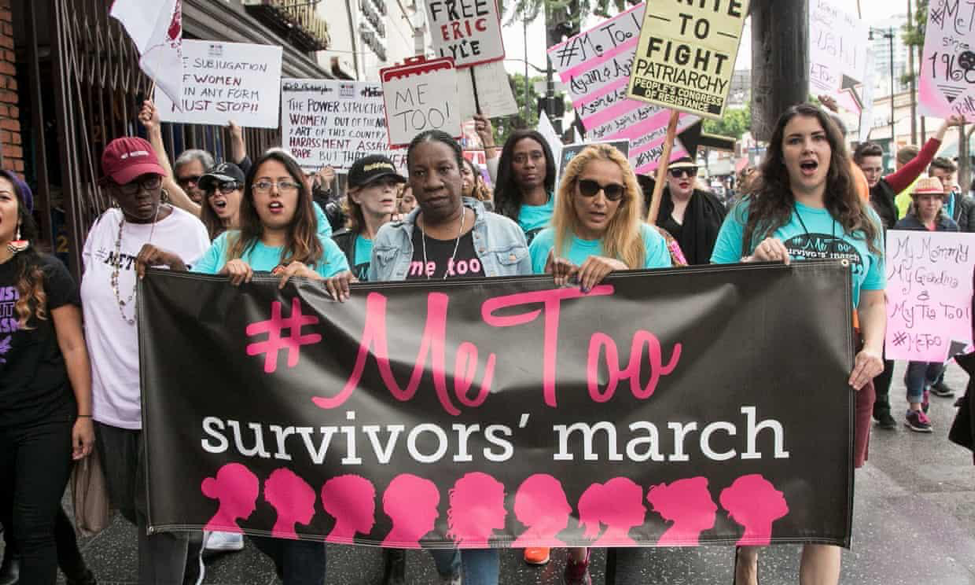 Burke and other Me Too activists assert that the movement is not over. The discourse surrounding auteurs keeps these revered abusers safe from consequences. How can we think of this in relation to structures of power in other fields, and countries, where voices are silenced?

Despite the initial hope of the #MeToo movement and traction towards condemning long-standing abusers in the media industries, a backlash, attitudes of the movement reaching “excess” and  “exaggerations,” and simply not seeing perpetrators held responsible has of course led to feelings of defeat and helplessness. The structures of powers in the media industries that allows for auteur apologism to continue in a presumed #MeToo era reflects other major industries worldwide. We sometimes discuss the lack of reach academic work has, and how it can possibly help with such a limited audience. But I believe our students should also be considered our audiences, and the works I have cited here (most of which are also open access and free) help serve as a bridge between those new to film and media studies, and discussing the #MeToo movement in an academic setting. Me Too remains a movement, far from a moment.  I hope this contribution will help in introducing relevant conversations in the classroom and beyond.

Harrison, Rebecca. “Teaching, Screening and Writing About Cinema in The Age of #Metoo.” MAI: Feminism and Visual Culture, November 9, 2018, https://maifeminism.com/fuck-the-canon-or-how-do-you-solve-a-problem-like-von-trier-teaching-screening-and-writing-about-cinema-in-the-age-of-metoo/.