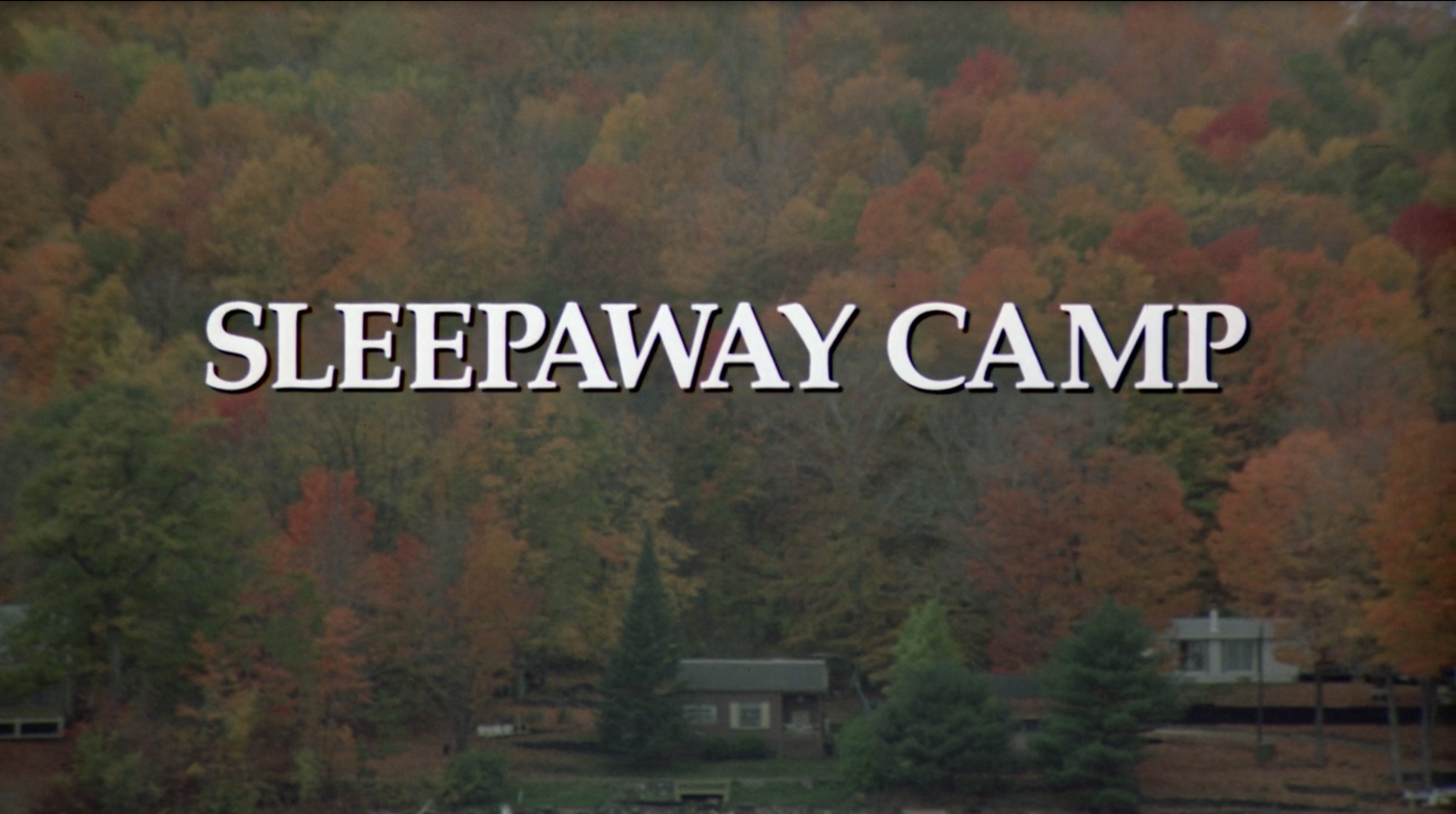 Sleepaway Camp follows the story of a teen girl, Angela, who is raised by her Aunt Martha after Angela survives a boating accident that killed her father and brother Peter. Hoping to better socialize her, Martha sends Angela to summer camp with her cousin, Richard. Angela, who is gawky and shy, is ridiculed by the other girl campers for her lack of normative femininity and is targeted for sexual exploitation by the male staff. As the film progresses, the people who abuse Angela are murdered with increasing brutality by a shadowy figure. In the final sequence, staff members looking for the killer find Angela on the lakeshore: A sudden flashback shows us Martha deciding to raise the injured Peter as his sister, Angela (the child that actually died), claiming that she “always wanted a girl.” We then cut back to Angela (Peter) on the beach, cradling the severed head of her final victim. As she stands naked, bloody knife in hand, it is revealed that she has a penis. The film’s final image is a freeze frame of Angela’s face, her mouth hanging open in an inhuman snarl. 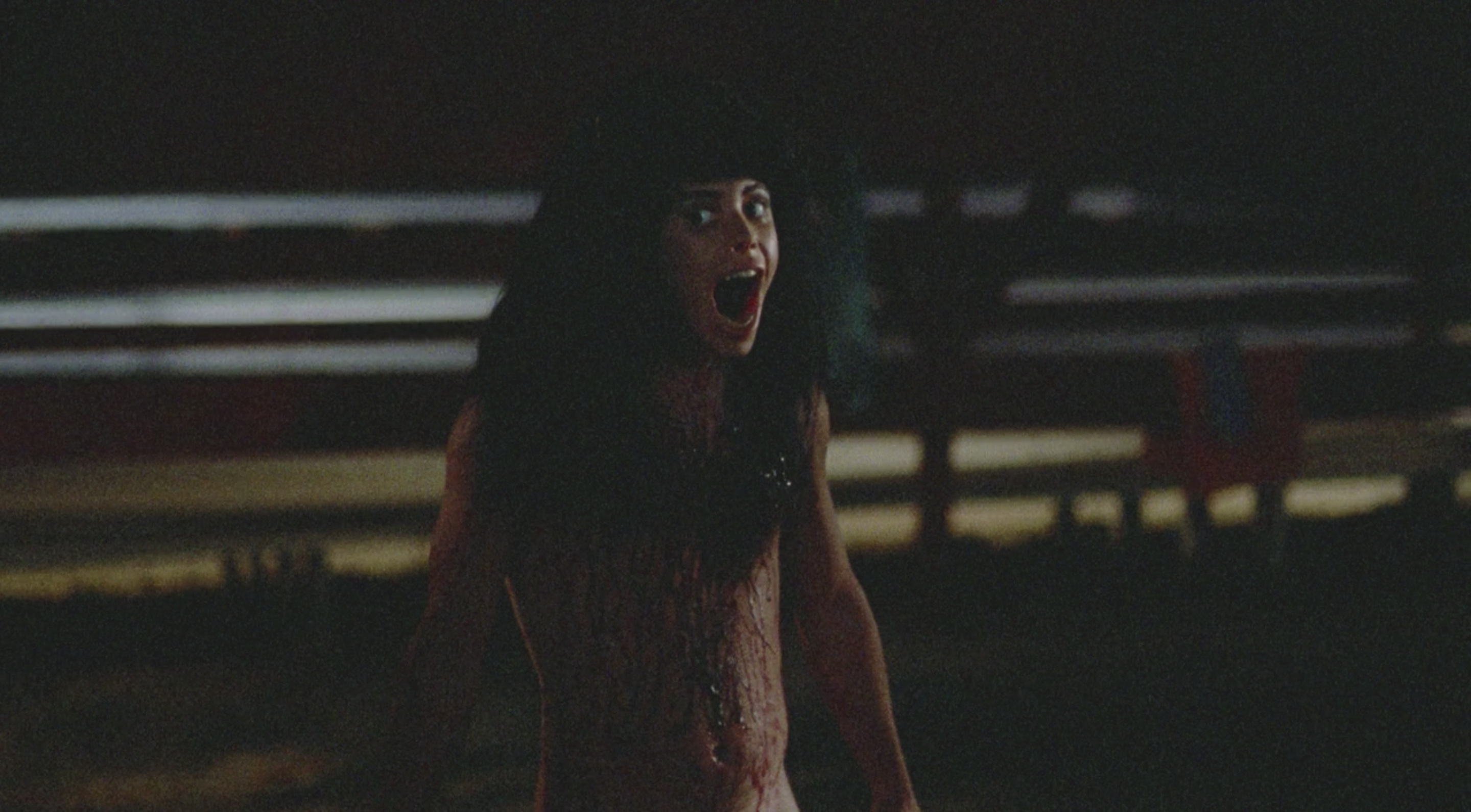 However, plot matters. The trouble with reading Sleepaway Camp as a “bad” transgender object lies not in its imagery, but in its story: While audiences and critics alike have interpreted Angela to be a “transgender girl” (Miller 40), Peter (Angela) does not identify or wish to live as female. Sleepaway Camp is a film about the horror of being forcibly and incorrectly gendered by others: Peter only commits murder because he has been traumatized by the denial of his gender identity and therefore his personhood. This makes Sleepaway Camp different from classically transmisogynistic texts that portray trans women as “deceptive” agents seeking to pass as cisgender (Serano 36). 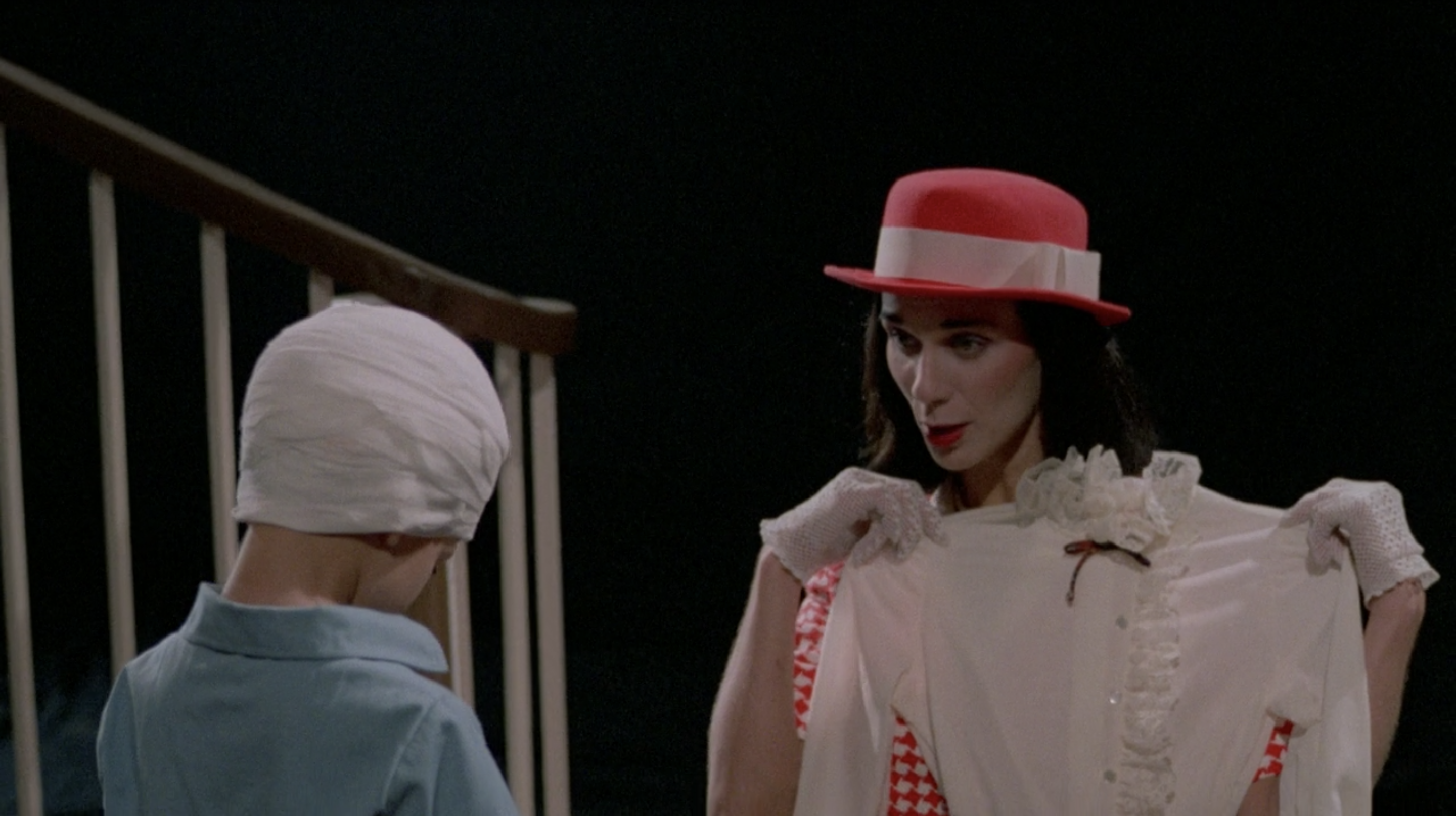 This is why, despite its ending sequence, Sleepaway Camp should be considered a good trans film. The text offers us something rare: A film that sympathetically (if unintentionally) explores the specifically trans masculine experience of a boy who is forcibly assigned female and socialized as a girl. Initially, we are likely to read Angela’s reticence to join the girls in gossiping, her awkwardness with the boys’ romantic advances, as evidence of her lack of maturity. Once we know that Angela is actually male-identified, what looks like shyness becomes an expression of trans masculine affect: Peter doesn’t want to gossip with girls because he isn’t one. Peter doesn’t want to kiss boys because he is one—and he isn’t gay. In scene after scene, he sits frozen, unable to move or speak, addressed by others only in ways that erase him. In the highly gendered and heteronormative environment of the camp, there is no place for Peter to exist except through negation. Sleepaway Camp ironically captures the paradoxes of trans male identification in a manner that few narratively trans films accomplish. 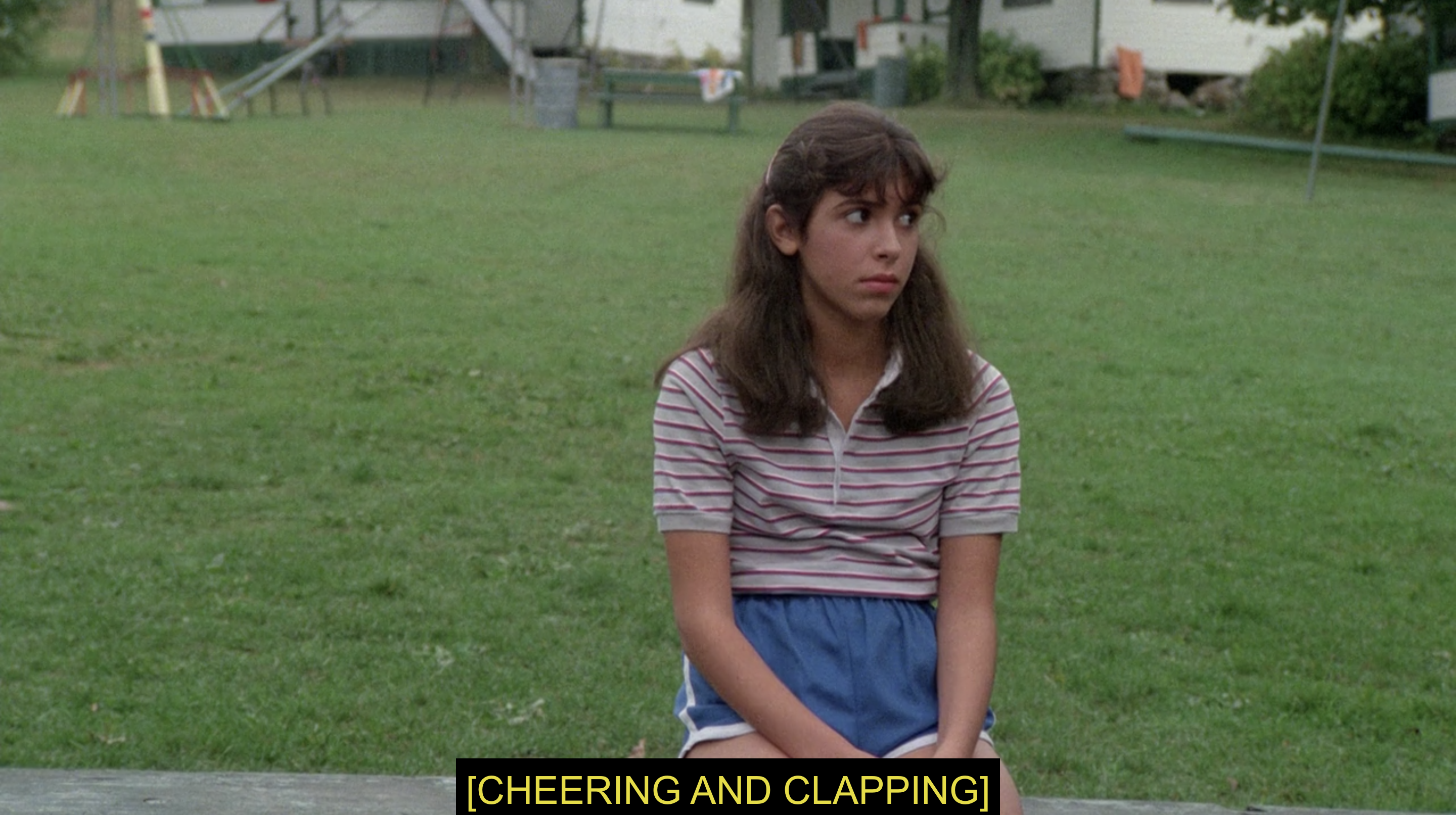 The monster in Sleepaway Camp is actually Aunt Martha—the unhinged cisgender woman who forces Peter to live as a girl in an attempt to please her estranged husband. By transforming Peter into Angela, Martha seeks to create gender complementarity within her heterosexual family (one son, one daughter), a nuclear structure that she hopes will cause her husband to return. To achieve this false ideal, Martha chooses to “forget” the knowledge that Angela is a boy. However, as in all horror cinema, the repressed must return: The final lakeshore scene reveals, if anything, the violence of Martha’s actions and the depth of Peter’s trauma. Ultimately, Sleepaway Camp is a film about the monstrosity of white cisgender womanhood and its need to police the genders of others. Not such a bad film bad, after all. 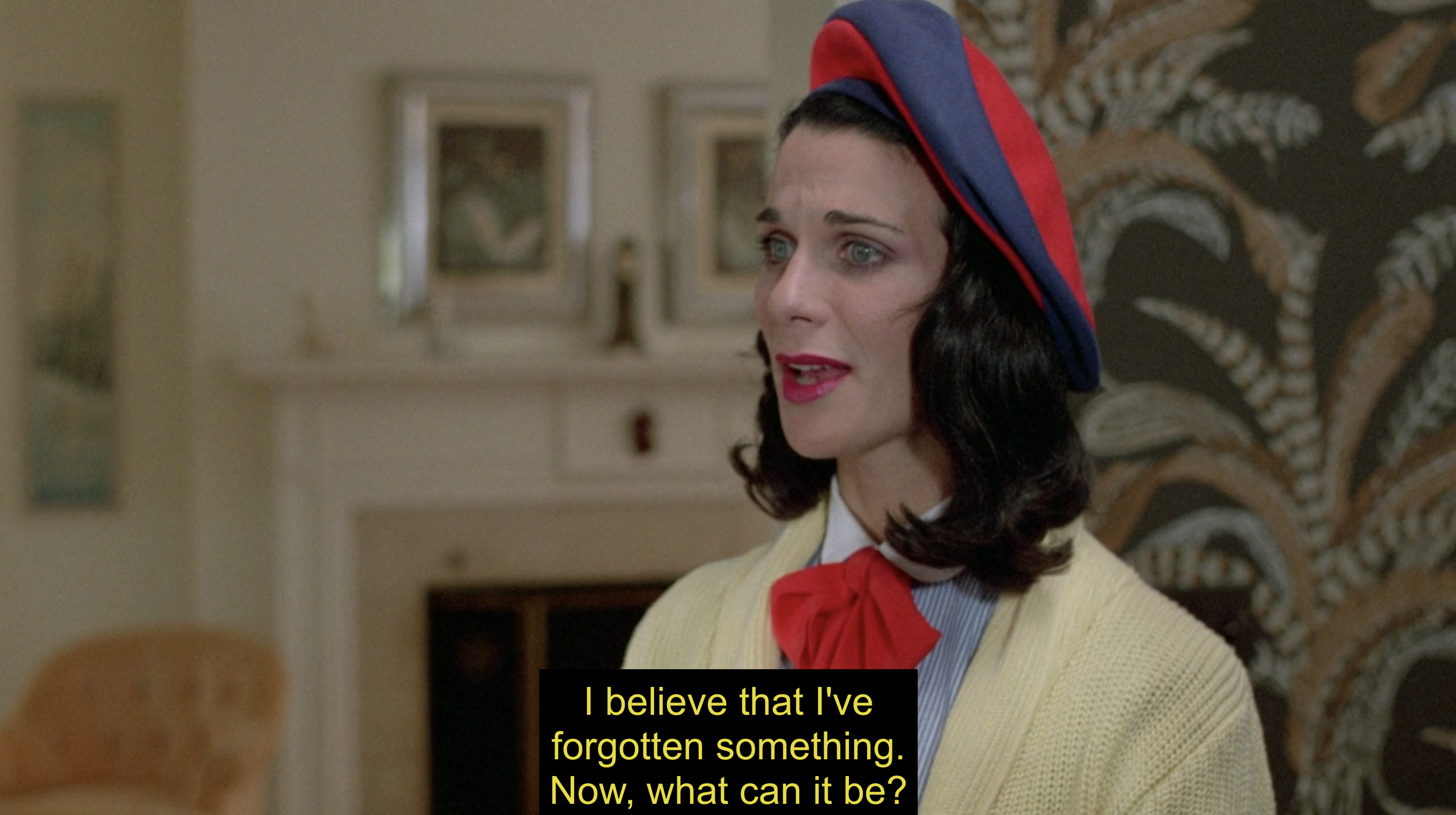 Serano, Julia. Whipping Girl: A Transsexual Woman on Sexism and the Scapegoating of Femininity. Seal Press, 2016.