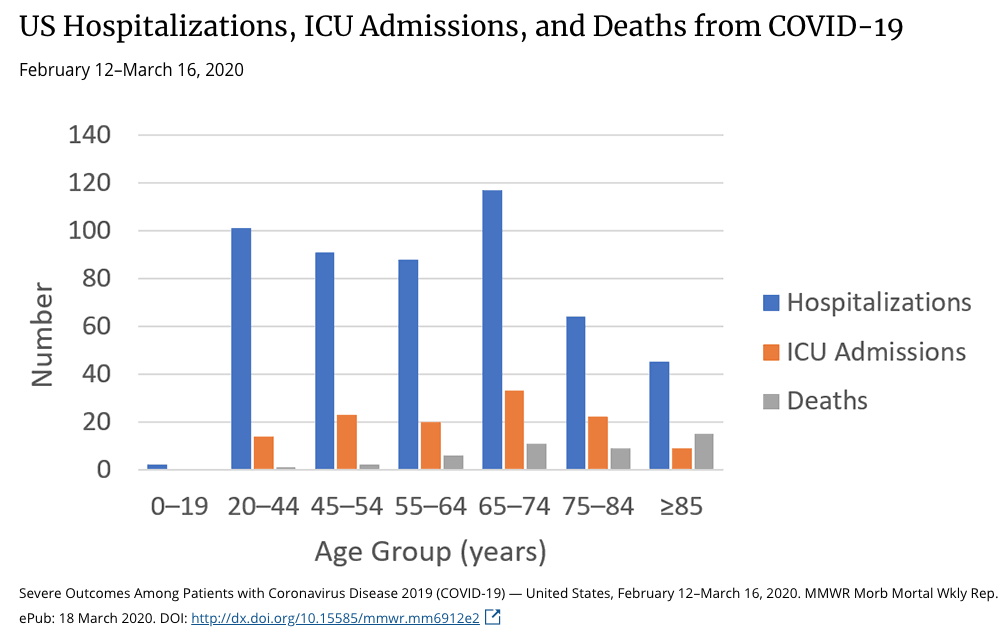 Usually, complaints against Fox News center on the political health of the nation; in this instance, the issue was the physical health of its viewers. The stereotype of the white-haired Fox News viewer is pervasive. A much-tweeted prank around holiday season is the blocking of Fox News on older relatives’ television sets. Grandma and grandpa will be apoplectic that their cherished news source has disappeared, and they further will not have the technical know-how to restore it. The political impetus for the prank is this: older Americans vote in greater numbers than younger Americans, and Fox News has a fiercely loyal audience for its Trumpist agenda. The older audience is, in fact, sizable (as ratings for news programming go), but the full picture is a little more complicated than that.

A 2018 Pew survey found that people over 50 get their news primarily from television.[1] 65% of people aged 50-64 typically flock to TV, and 81% of people over 65 do the same. While younger people favor social media, they pull from various sources; as the Pew study states, “No more than half of [people 18-49] get news often from any one news platform.” Age—as a marker of identity and a demographic variable attached to specific television genres and, when applicable, to the consumer products that advertise within those genres—has been on the radar of television scholars using diverse frameworks and pursuing diverse research agendas. But, as I noted in my 2019 column, TV news is frequently absent from our field’s conversations altogether. So, let’s dive into prime-time cable news and see who is watching what.

TV tends to follow the young, but news has very rarely jumped on that bandwagon (one recent exception is the concerted tilt toward True Crime in network news divisions). As we know, the measurement of television audiences isolates particular age ranges that carry value. For many shows, a certain rating or share “in the demo” refers to how well that program performed among 18-49 year olds. For news, “in the demo” refers to 25-54. It’s not an enormous jump up from 18-49, but it is an admission that news operates according to a different set of expectations in the market for audiences. A news channel isn’t punished, in other words, for flourishing among 49-54 year olds. 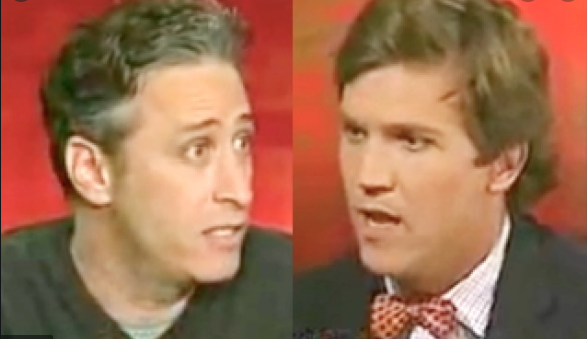 A quick look at the cable news primetime competition paints an interesting picture of a television genre splintering according to age in some unexpected ways. At 8pm, the competition for under-50s is a bit surprising. As recently as March 9th, Tucker Carlson Tonight (Fox News) outperformed All In with Chris Hayes (MSNBC) among 18-49 year olds and 25-54 year olds by a ratio of 2-to-1.[2] Older viewers may remember Carlson from such TV moments as his humiliation by Jon Stewart on Crossfire in 2004 and, well, just his decision to wear bow ties on screen. That’s the guy with a larger number of younger viewers than Chris Hayes. 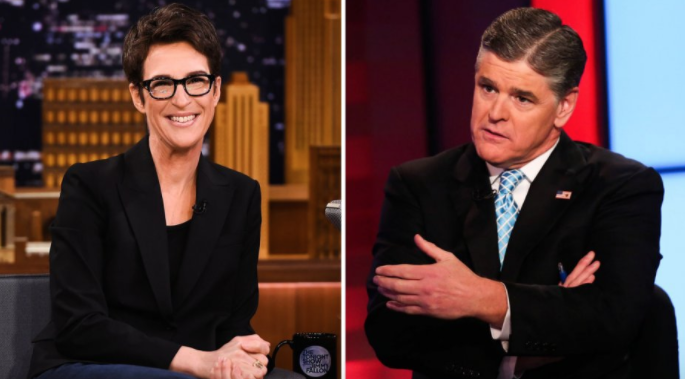