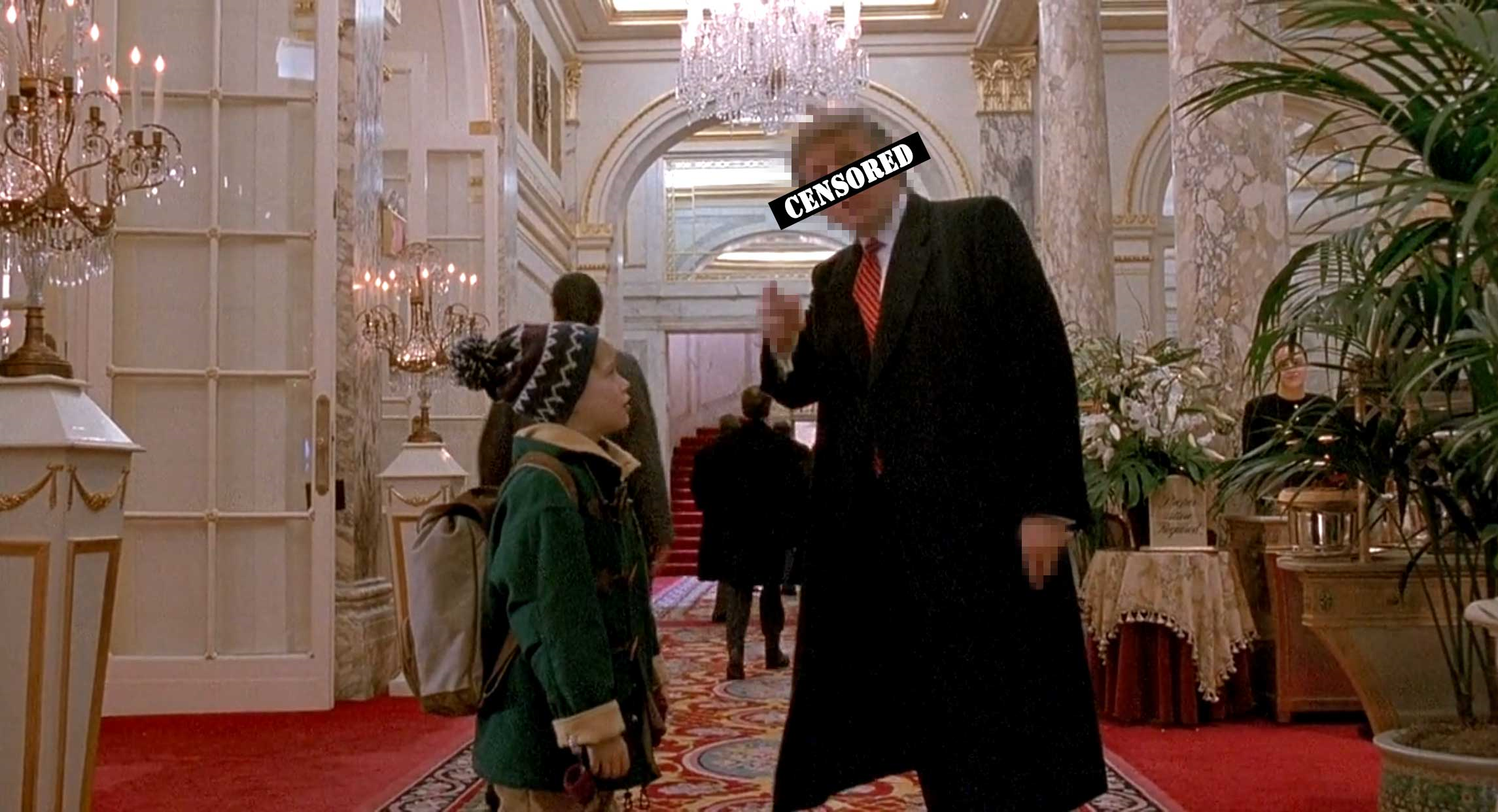 In response, the network released a statement attempting to explain what is really a standard industry practice for second-run syndication or rerunning: editing or post-post production and the importance of version specificity, which is the topic of this column. Snipping a joke here and there, cutting down audience applause, or even slightly speeding up the playback all add up to make more time for commercials, and the art form of this editing work is to make as many changes as possible without gaining attention. The CBC said Trump’s casualty was part of 8 total minutes eliminated in 2014. Another example from my recent research is a Viacom version of Bewitched finding a way to add more than five full minutes of commercial time to a 1966 episode, clocking 10 minutes and 37 seconds of total commercial time in a 30-minute episode – that’s talent.

Channel executives need that extra commercial revenue to pay for their leased rerun programs, which in turn generate enough money and brand identity to support their original productions. Thus, while the study of a “quality” cable drama might be important in its own right, an added consideration of its channel’s second-run syndie fare would enrich the analysis since those reruns both helped pay for the original programming and carved out the channel’s identity for viewers in the first place.

The post-post-production practices of the syndication industry are an invisible labor that hopes to hide its tracks well enough most people never notice. In that way, it is also a creative labor with meaningful implications for text and authorship that we should account for when identifying our actual objects of study (e.g. “In this piece, I am using a TBS rerun of the Sex and the City episode “Four Women and a Funeral” that aired on …”). Academic publishing styles that ostensibly assure responsible citations really demand imprecise ones. When citing a TV text, the Chicago Manual of Style, for instance, requests original director, writer, and “year of original air date” regardless of which version of an episode one is actually analyzing, while MLA format requires the original network and the original broadcast date in its citations.

On Hulu, every episode of The Golden Girls is stamped with an ABC TV logo and begins with an unskippable ABC TV title card.

Be careful, though, because even with these very general details, the industry will try to trick you. Disney, for instance, originally produced The Golden Girls under its Touchstone Television label renamed ABC Television Studios more than two decades later. It wants you to forget that The Golden Girls originally aired on NBC. Now, all officially licensed Golden Girls merchandise includes the ABC TV logo. An unskippable title card featuring the ABC logo plays before each episode on Disney majority-owned Hulu (the thumbnails for which are also stamped with the ABC logo). The show’s Comic Con presence was called ABC’s The Golden Girls. And if you go to Amazon to purchase downloads for the show, the network listed in the official details? ABC. 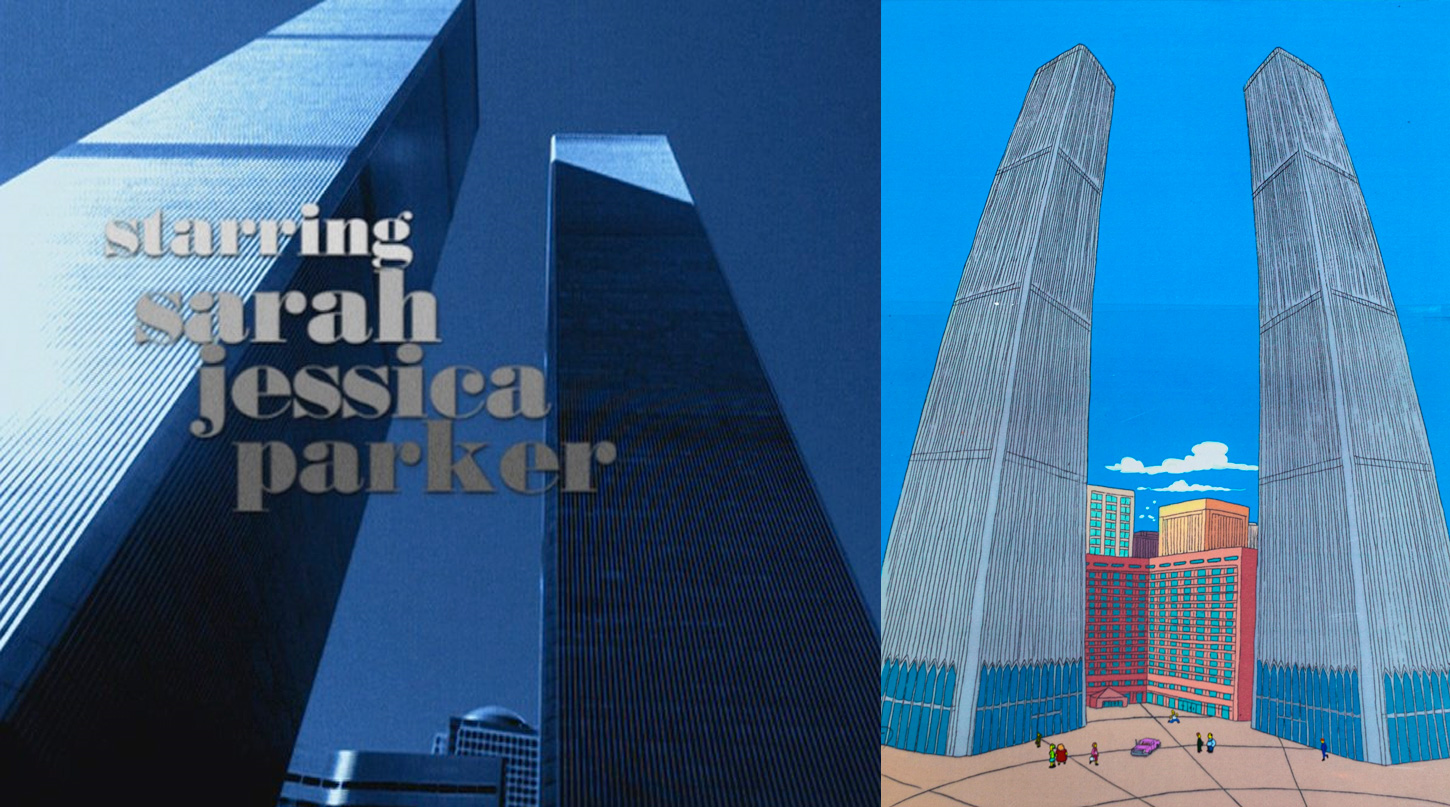 After 9/11, numerous syndicators of New York shows like Sex and the City and Will & Grace chose to temporarily erase the Twin Towers from the opening credits and establishing shots of the city to preserve the watchability of their material. The Simpsons, meanwhile, for a number of years removed its World Trade Center themed episode “The City of New York vs. Homer Simpson” from its packages.

Beyond the number of extra- or paratextual elements surrounding an episode in its second and successive lives (that we have come to theorize as part of the total televisual text), there can be and often are numerous changes to the content of that episode which are made by more and more authors all snowballing into our selected objects of study, which is why I recommend instituting different citational guidelines for our field. They include editors, cultural/content analysts, timers, colorists, music supervisors, mixers/ADR specialists, foreign language voice actors, and censor experts who all make numerous edits including medium changes (pan and scan, tilt and scan, telecine, music licensing issues), technological changes (advent of color TV, prepping for streaming, remastering for HD and 4k), cultural changes (erasing/censoring sensitive content, removing offensive episodes from packages), etc. The post-post production process also offers new commercial possibilities. How I Met Your Mother reruns, for instance, recently included new product placements opportunities in already aired episodes

FXX came under fire for its remastered edits of The Simpsons. The cable channel tilt-and-scanned early episodes to fit a widescreen aspect ratio, cropping out several of the show’s visual jokes.

Between the original airing of the aforementioned Bewitched and Viacom’s, what changed? Among other things, they removed the only role played by a black actor — an early African American representation on television consigned to syndication’s dustbin. If you think DVDs are a safe backup, consider that the syndie prints of both Roseanne and Alf were unwittingly used for home video release, while fans have noted that Hulu’s recent acquisition of Designing Women appears to use some syndie versions of episodes as well. I Love Lucy’s famous satin heart? Added later for syndication. And that’s not to say anything of music licensing issues created for shows like Daria and The Wonder Years that viewers argue changes their textual value. Dawson’s Creek even lost its iconic theme song for a run on Netflix. Doo doo doo do doo.

The cast of Dawson’s Creek tries to remember the show’s opening title song.

Speaking of streaming, watching Home Alone 2 is something of a new tradition in my family. This year, I braced extra hard for a cameo Canadians might have been expecting, but that never came. Sad. Who scratched Donald J. Trump from Home Alone 2? Who approved that edit? Did viewers notice? How did that impact their experience of it? Did its absence create or prevent any uncomfortable conversations? My goal in this piece is not to fetishize the “original” of anything. Rather, my interest in investigating reruns as new texts stems from such infinite and exciting research possibilities that such an understanding opens up for new analyses in textuality, industry/production practices, and particularly audiences and their pleasures. For a more thorough discussion of this televisual phenomenon I’ve called retextuality, see my chapter on Roseanne in the second edition of How to Watch Television.

As television’s grout, both reruns and first-run syndie fare take up devalued time on the TV schedule, fill it, and try to fashion something out of nothing. In serving the marginalized schedule, they often serve the marginalized audience and thus create new infinite textual meanings and research paths. In the next and final installment, I’ll discuss the creative and progressive possibilities in terms of content afforded by first-run syndication.