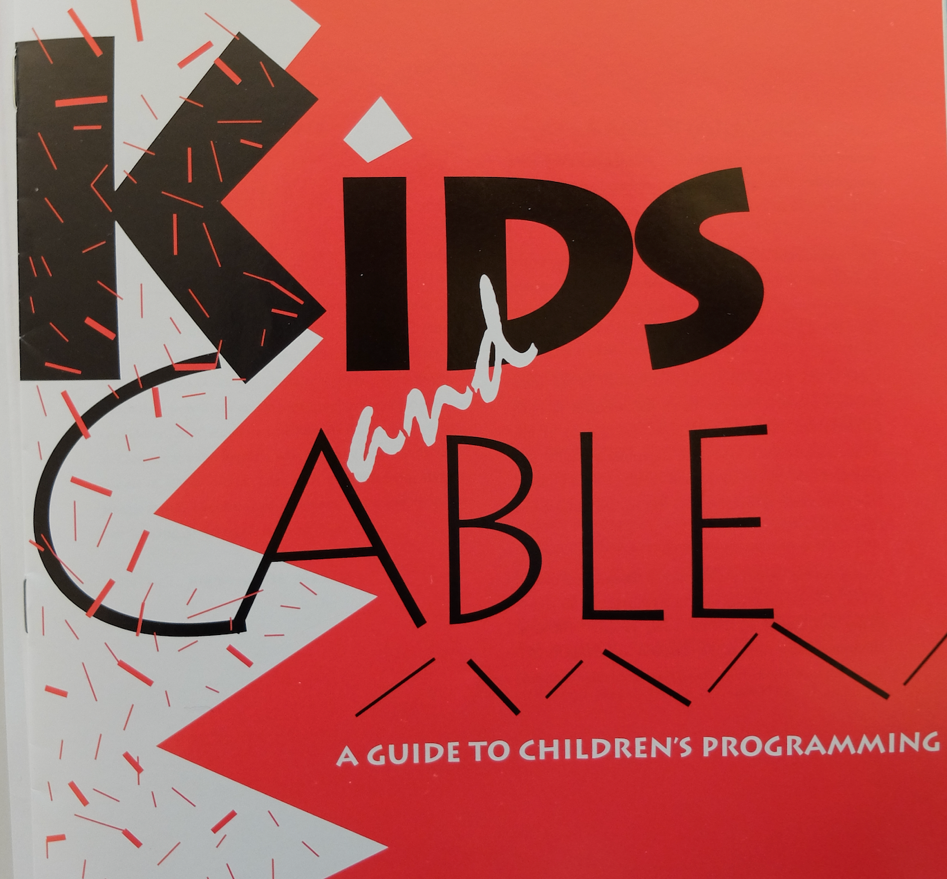 If we look at the primary targets of pressure groups and federal legislation from the 1970s to the 1990s, the debate over children’s television seems confined to the networks. Responding to longstanding fears over TV violence and its effects, the Surgeon General’s 1972 study of television violence focused the attention of disparate groups that found common cause in reforming the content of what the industry called “Kidvid.” Whether pushing against ads during children’s programming (Action for Children’s Television) or fighting indecency and the existence of gay and lesbian people on television (Parents Television Council, the Coalition for Better Television), Kidvid campaigns gained wide press attention for their sponsor boycotts and calls for broadcaster self-regulation.[1] 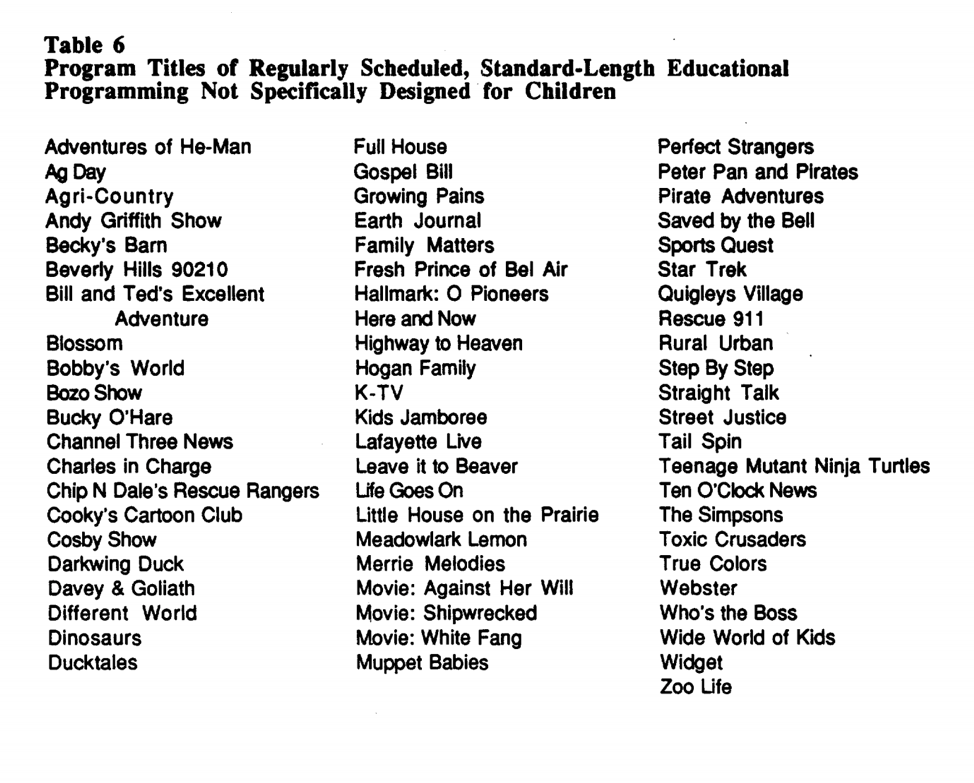 One initiative of the National Cable Television Association (NCTA)—the industry’s major trade association—was the National Television Violence Study (NTVS). A 3-year, 4-university project commencing in 1993, the NTVS performed an extensive content analysis of broadcast and cable programming to track violence on television and explore its potential effects on children. Underwritten by NCTA to the tune of $3 million, the study provided the cable industry a mechanism to respond to increasing public anxiety over television violence (legislators introduced seven different proposals to curb television violence in 1993 alone) without directly threatening programmers’ use of edgier content to attract subscribers.

I certainly don’t disparage either the quality of work or sincere dedication of the researchers involved in the study, which was undertaken independently of NCTA. However, I do suggest that NCTA likely saw a “violence and children’s television” study as an ideal mechanism to showcase cable’s “public interest” value relative to the broadcast networks. As a function of narrowcasting and a larger stable of national programming distributors, cable boasted C-SPAN, Nickelodeon, A&E, and CNN (among others). Despite its share of programming violence, cable was always going to look good in comparison to broadcast television when it came to children-specific programming. Indeed, yet another study from 1993, the Violence Index compiled by George Gerbner and others, indicated there was “substantially less” violence in children’s programming on cable—though cable hosted more violence overall.[2] 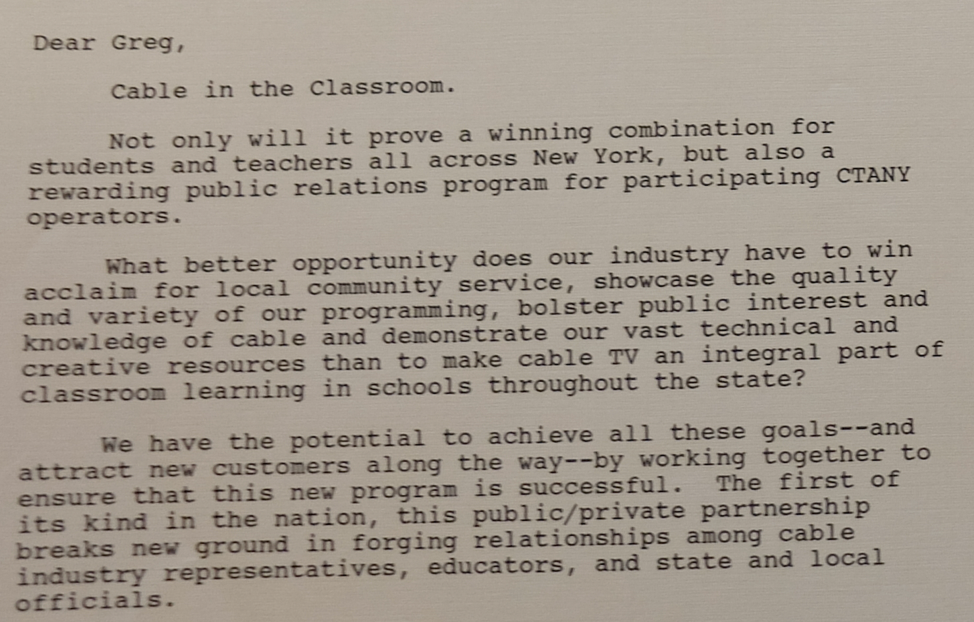