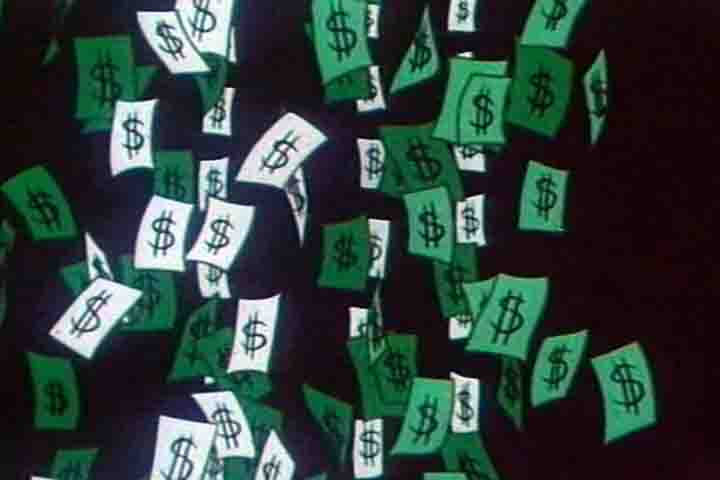 A particularly banal example of participatory finance’s “extensive popular pedagogy,” the junk mail cluttering my in-box provides readers the “appear[ance of]…a stake in the capitalist financial system.”[1] Alongside investment shows and Millennial-friendly savings apps, it offers an “invitation to live by finance”—an increasingly pervasive call to develop the self through market activity and market-based logics of accounting applied to all domains of life.[2] 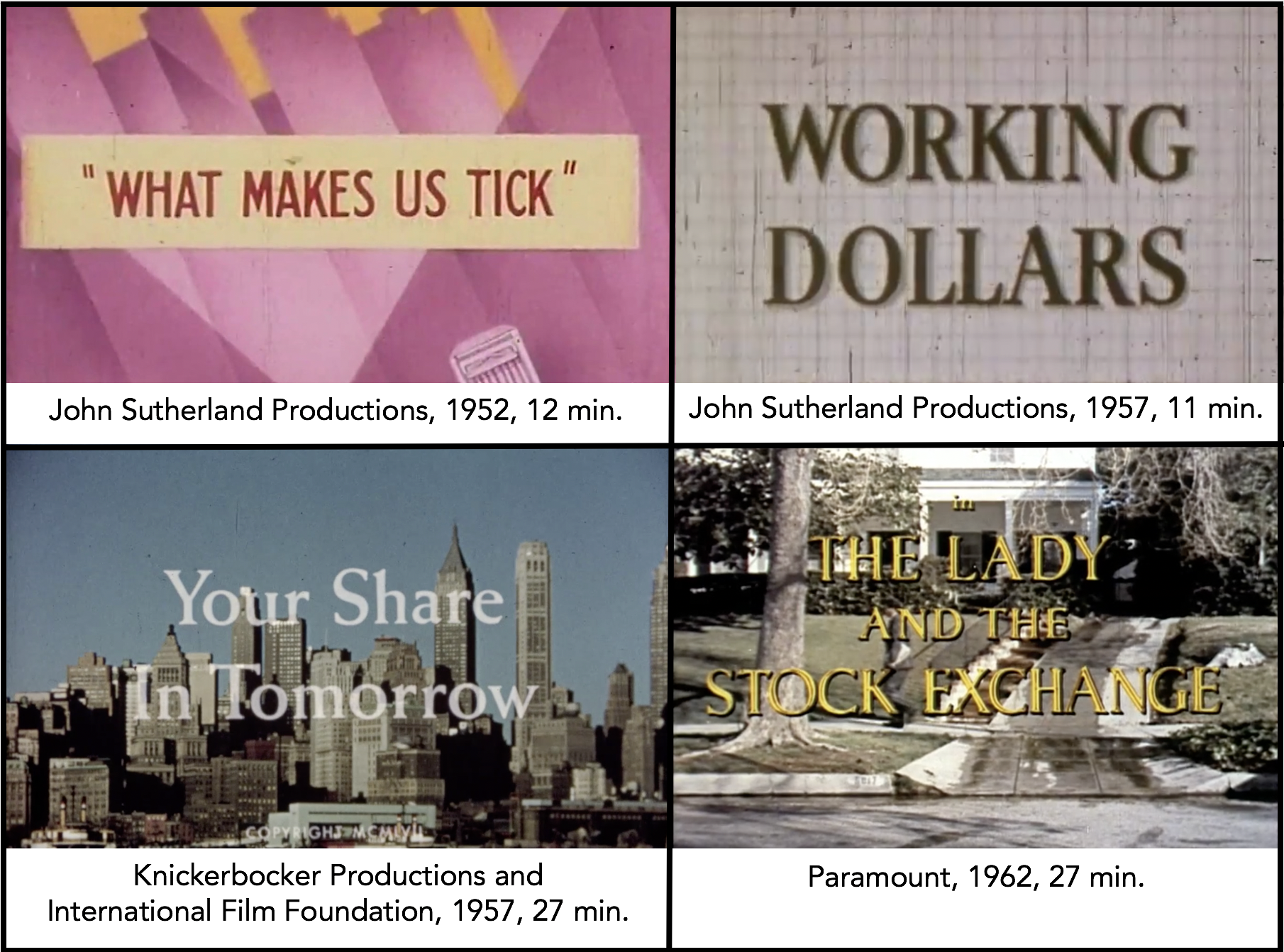 Used in concert with the Exchange’s Own Your Share (OYS) campaign (1954-1968), four films formed part of a foundational attempt to bring millions of individual, middle-class investors into the economic and ideological fold of the Exchange.[3] Using the narrow framework of personal finance to limit debates over participation in the economy, these films—seen by millions in theatrical and nontheatrical settings and on TV—joined an extensive Medienverbund of print advertisements, department store displays, radio sponsorship, talks, and television programs.[4] While we should think of them within a longer tradition of institutional advertising and PR, I’m interested in how their institutional utility rests on their teaching claims. Open didacticism not only obfuscated the Exchange’s vested interests, it elevated financial investment—a practice with outcomes decided by a fundamentally unknowable future—to the status of teachable, and therefore masterable, body of knowledge.

Because they claimed to teach something about how to participate in stock markets, NYSE films ran into the problem of risk and the future orientation of investment.[5] The most useful thing they could teach would be how to reliably profit—that is, information that doesn’t actually exist. While the Exchange used several strategies to manage this difficulty, here I focus on one: the films’ obsessive use of fact to overwhelm viewers with a sense that they’re mastering the important details of the Exchange’s operation—a sleight-of-hand that purports to teach one thing (how to invest successfully) while offering evidence of something else (process and logistics).

Exemplifying the process film, this ‘how it’s made’ approach sidesteps difficult questions about risk. It fits with a standard sponsored film strategy of teaching seemingly neutral processes (e.g. farming or menstruation) as a pretense for broad ideological lessons.[6] Rather than focusing on the political, historical, economic, or future complexities of international finance, films lean on descriptions of the concrete and temporally circumscribed process of order execution as their primary explanatory framework.

Although packed with such bits of fact, films like Tick mention, but always defer, explanation of the right information needed to succeed in the marketplace. Employing direct address to instruct viewers to engage with an off-screen authority, this deferral promotes brokers as educators and confidants, reinforces investment’s predictability, and attempts to spur viewers into action.

Not unlike the email wrapper for “Market Commentary,” the films’ positioning of brokers as gatekeepers to ‘the facts’ reinforces finance workers’ authority, professionalism, and expertise as curators of a parallel information economy. (As a corollary, of course, any omissions in the films can be overlooked, since that information ostensibly lies elsewhere.)

Ultimately, the educational frame of these films is the cornerstone of their intellectual and political project. With immense detail papering over self-interested silences, the films flatter viewers by initiating them into a world of specialized knowledge. First and foremost reassuring, they render complex and unpredictable processes simple while simultaneously positioning knowledge as the ticket to success. The trappings of educational address likewise serve a legitimizing function for the apparently disinterested and knowledgeable finance industry.