In March of 2016, Revry debuted a streaming subscription service that prides itself on providing content that includes a range of LGBTQ perspectives. By August of 2016, several sources had dubbed it the “LGBT Netflix” and “the Gay Netflix we need,” and questioned whether niche streaming sites could “take on” larger companies like Netflix and Amazon. In the history of independent LGBTQ filmmaking, distribution has often proved to be one of the most challenging hurdles to overcome. Failing to find a distributor meant your film would not play outside of local screenings or film festivals. Even films that did secure distribution were often limited to short runs in large cities with active arthouse theaters. With the development of streaming video technologies, even a relatively small scale operation can reach people around the world, connecting films with audiences to reach a broader, targeted market. This exciting development has yielded utopian visions alongside frustrating realities.

While streaming services have opened up new possibilities for worldwide distribution, niche distribution of LGBTQ media is not new, having occupied a distinct niche market for decades. A substantial infrastructure of publications, activist groups, film festivals, and LGBT production companies formed around this market beginning in the late 1970s, allowing LGBTQ cinema to flourish within American independent cinema. Distributors who focus primarily or exclusively on LGBTQ films began appearing in the 1980s and include Wolfe Video (1985-present), Water Bearer Films (1988-present), Strand Releasing (1991-present), and Ariztical Entertainment (1994-present). The longevity of these niche distributors suggests that the market supports them, even as many comparably sized independent distributors have undergone changes in ownership or gone bankrupt in the shifting indie landscape from the late 1980s to the 2000s.[1]

Viewers searching for LGBTQ content today have an assortment of options. Behemoths like Netflix include an LGBTQ category in their content browsing options. Established home video and theatrical distributors, including Wolfe Video, have made the transition to Video on Demand, as has HereTV, “America’s only LGBT TV network.” Other distributors license their films through digital distributors, as Water Bearer did with FilmRise. Established distributors have a firm foundation in the move to digital distribution—a library of films, continued income from hard-copy sales, and/or support from a conglomerate parent company.

The lower costs of digital distribution and the revenue potential from streaming media to worldwide audiences created an environment for small distribution companies to form. In addition to Revry, there are other newcomers to the field, such as Dekkoo, a site launched in 2015 that specializes in gay content. Inexpensive means of distribution theoretically allows access to unlimited content, and the market has seen increases in LGBTQ media being offered. However, streaming distributors also act as curators for this content. They select what they consider to be the best available media that fits their brand identity, producing, as Revry calls it, “queerated” content. Streaming services have a great deal of control over what work gets shown, which in turn shapes the direction of LGBTQ media.

Some companies, like the relatively short-lived BuskFilms, attempted to build streaming distribution platforms that did not last. BuskFilms, formed in 2011, offered worldwide digital distribution of first lesbian and then a full range of LGBTQ media, and boasted viewers in around 160 countries. [2] Sadly, Busk ceased VOD services in 2014. While Busk did decent business and had an interested audience, the numbers were not strong enough to continue operating the site. The closing of Busk brings out the question of whether this mode of distribution is sustainable and highlights concerns over the endurance of smaller, niche streaming companies. Can these businesses find long-term, sustainable financial models? And what does the future viability of these distributors mean for LGBTQ media makers?

While the developing trends in digital distribution come with idealized possibilities, there are pitfalls and dangers involved with this mode of distribution. In independent filmmaking, distribution often comes into play before a film is complete. Historically, independent filmmakers have relied on pre-selling distribution rights for domestic and foreign theatrical release, home video, and/or television. These pre-sales provide essential production funds. While there is a lot of potential for using digital distribution to monetize distinct niche groups and for producers to recoup a larger percent of the profits from sales or rentals, there is also the danger that media makers may not break even. And even if they do eventually make back their money, filmmakers would not have access to the pre-sale lump sums needed in order to finance the large negative costs of production. One way around this is for subscription sites to use the “Netflix model” and become producers that fund original content, an option that Revry is exploring. This option, however, can be an expensive, risky endeavor. 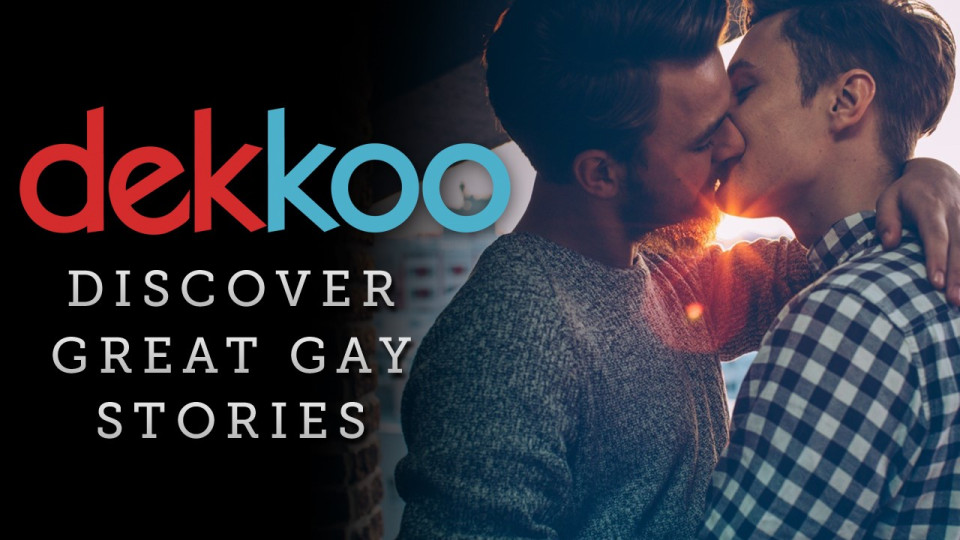 Can distributors like Revry and Dekkoo survive? They can, if people support them. The call for community support of LGBTQ media has been renewed continually. As a 1981 article put it, “You can have gay media but you have to support it… Gays will pay $5 to see Ordinary People but won’t pay to see a gay film. It doesn’t come with the trappings—the Hollywood seal of approval, or Robert Redford.” [3] The accusation that the LGBT community does not support its own media recurred, harshly, in 1990 with a bitter article by Vito Russo who, towards the end of his life, berated gays for accepting homophobia in mainstream media and not supporting independent works like Parting Glances (Bill Sherwood, 1986). Russo writes, “Most gay people have turned out to be nothing but a bunch of Americans who just want to be entertained for two hours and not have any hassle. It stinks. They should be ashamed of themselves.” [4]

In addition to industry concerns, questions arise around the utility of niche distributors, whether their presence opens or restricts the potential of LGBTQ media. One could draw comparisons to the debates that have brought the role of LGBTQ film festivals into question. [5] In 1991, filmmaker Pratibha Parmar was calling the gay and lesbian festival circuit “key” to her work, while others like Derek Jarman were speculating on whether their usefulness was at an end, that “maybe life in the ghetto now offers diminished returns.” [6] Some defend the lasting benefits of these institutions, claiming that they are critical in creating spaces for the continued growth of LGBTQ filmmaking and the visibility of non-heterosexual identities onscreen. Others see them as an outdated institution that continues to marginalize these films. Similar arguments could be made of the work done by streaming distributors.

So, do we need an LGBTQ Netflix? I would say that we do not want to need it. Ideally, we would live in a world where distribution and exhibition opportunities were as readily available for films with LGBTQ content as those without. A world in which Netflix offered abundant options for queer viewing, perhaps even options that were readily accessible in integrated genre categories, rather than isolated in its own niche. We are moving towards that day, but it still seems distant. In our current media moment, I see a great value in streaming distributors who connect viewers to LGBTQ works and provide a support network that cultivates future LGBTQ films. If you want to see more diverse media, you have to support it. And in low-budget indie media making, a little goes a long way.