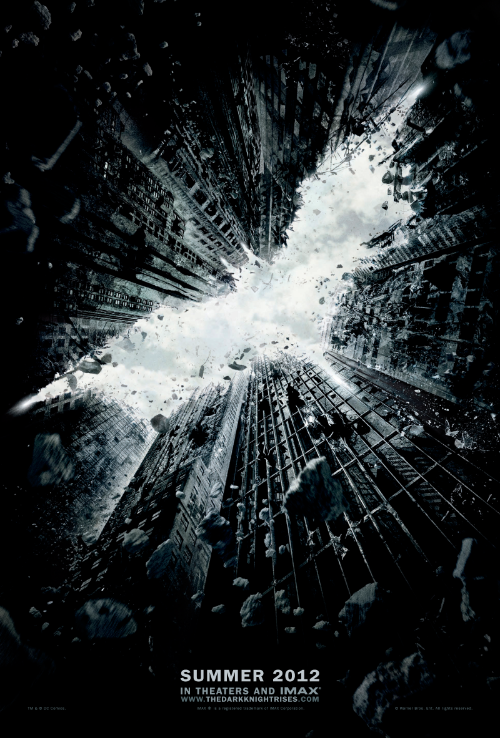 The Dark Knight Rises murders were tragic, as every murder is tragic, but sadly they are not exceptional within the US’s long histories of mass shootings and theater shootings. Exceptionalism nevertheless undergirded media reactions to the event, revealing the foundational role that white privilege plays in American beliefs about cinema violence. Commentators were appalled that Holmes would bring violence to a movie theater—and specifically to “a cheerful suburban screening.” [1] The Century 16 multiplex was perceived as safe and family-friendly. It also served a predominantly white clientele, which made the violence that occurred there seem more shocking, more random than prior incidents at theaters serving urban and minority communities. 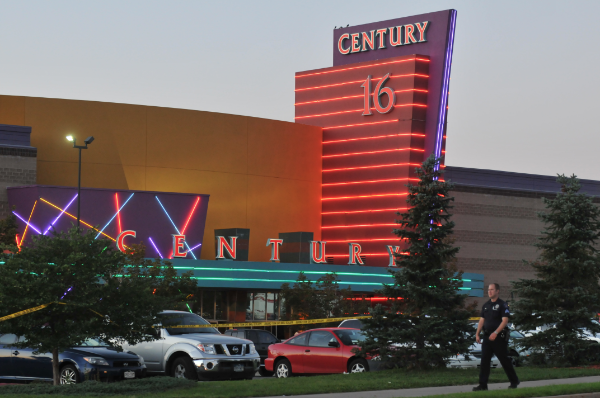 White privilege is everywhere and nowhere in media coverage of the Aurora massacre, as it is everywhere and nowhere in the films associated with the massacre. Victims said that Holmes identified himself as the Joker—the sadistic, anarchist villain of Nolan’s previous Batman movie, The Dark Knight (2008)—before opening fire on July 20. [2] Commentators saw the Joker reflected in Holmes’s mug shot, where he stares at the camera wide-eyed from underneath a mop of dyed red hair. In fact Holmes looked nothing like the Joker, who has green hair in Nolan’s film, but that really does not matter. Whether James Eagan Holmes styled his criminal activity around the Joker or not, the Joker shaped its reception. Like the Joker, Holmes was read as exceptional and his crimes as incomprehensible because of his race, his whiteness. Rather than associate his crimes with prior theater violence and the men of color who’d been vilified en masse in association, the media focused on mental illness as the only discourse adequate to an allegedly unprecedented rampage.

Only two reporters—ABC News’s Sydney Lupkin and The Hollywood Reporter’s Alex Block—analyzed Holmes’s massacre as part of a history of theater violence, [3] and few read Holmes’s crime within the history of mass shootings in the US. Instead, journalists focused their investigations on Holmes’s poor mental health. Reporters rushed to reveal that Holmes had been seeing a psychiatrist at the University of Colorado before he withdrew from its doctoral program in neuroscience earlier that summer. Court psychiatrists eventually diagnosed the young man as schizophrenic, but in the meantime the media made much of his interest in “dysphoric mania,” suggesting that it might have been a self-diagnosis, and of prosecutors’ and former defenders’ references to him as an “animal“ and “a whole lot of crazy.” [4] This focus accurately reflected the legal issues Holmes faced at trial, but it also limited the discourses for understanding his crimes. Without historical context, what reaction could one have besides shock? 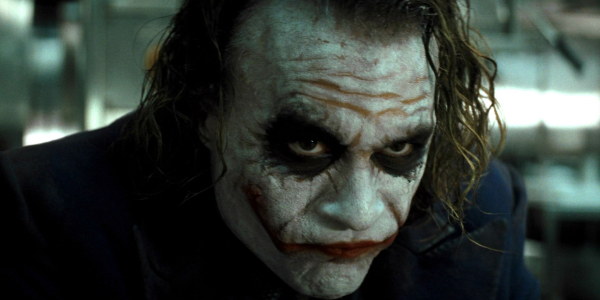 Shock no doubt contributed to media comparisons between Holmes and the Joker and hyperbolic characterizations of Holmes as “evil.” [5] Such associations implicitly attribute to Holmes the Joker’s nihilist penchant for chaos. In The Dark Knight, the Joker (Heath Ledger) repudiates the logic of psychological motivation so prevalent in Hollywood storytelling and US pop psychology. He offers multiple, contradictory explanations for his disfiguring facial scars, upsetting the very notion of an origin story. He compares himself to “a dog chasing cars… a wrench in the gears” to explain that he creates mayhem for its own sake. Such contrariness is threatening to “schemers” and others invested in the social order, but—notably—no one in The Dark Knight ever calls the Joker evil. Instead they stoutly insist on his exceptionally immoral anarchism: “some men just want to watch the world burn.”

Holmes has been called evil, however, because his attack was methodically planned and—I argue—because of who it killed, namely white women, white children, and the white unborn. [6] As in Nolan’s films, the depravity of a killer seems to be determined by whom he chooses to kill. In the Joker’s own words, “No one panics when the expected people get killed. … If I tell the press that tomorrow a gang banger will get shot, or a truckload of soldiers will be blown up, nobody panics.” Following this logic, Nolan uses images of terrorized white children to convey the immorality of the Scarecrow (Cillian Murphy, in Batman Begins), the Joker, and Talia al Ghul and Bane (Marion Cotillard and Tom Hardy, in The Dark Knight Rises). Importantly, all of these killers are also white. Nolan’s films have been identified as bastions of whiteness, in their casting and in their commitment to law and order at any price. [7] The Joker in his white clown makeup is both the scourge and the apotheosis of this whiteness; more than any other Nolan villain, he represents the horror of whiteness turning on itself. Holmes’s whiteness and the whiteness of his victims similarly challenged white Americans’ belief that they should be exempt from cinema violence. For as long as possible, the US media maintained the fiction that cinema violence was gang violence, that theater shooters were always and only African-American. That was never true, and the exceptional attention paid to Holmes’s victims and other white victims of white cinema shooters reveals the prevalence of the myth. 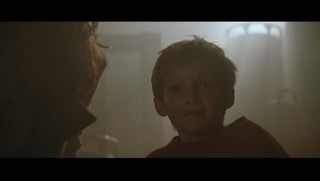 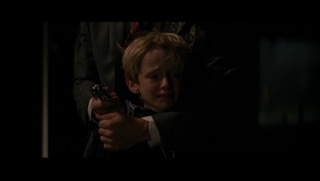 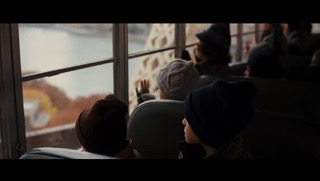 Aurora was the biggest theater shooting to date—in terms of both the number of victims and in terms of the size of the panic it generated—but it was not the last. On January 13, 2014, Curtis Reeves (white) shot and killed Chad Oulson at a Tampa, Florida screening of Lone Survivor. [8] On July 23, 2015, John Russell Houser (white) shot and killed Mayci Breaux and Jillian Johnson at a Lafayette, Louisiana screening of Trainwreck. [9] On January 21, 2016, Dane Gallion (also white) shot Michelle Mallari at a Renton, Washington screening of 13 Hours: The Secret Soldiers of Benghazi. Gallion brought a gun to the theater for protection in the event of a mass shooting, but it went off accidently after he, intoxicated, tried to load it in the theater. [10] None of these incidents generated the same obsessive coverage as the Aurora massacre, but one day another shooting will. Theater violence isn’t common, but it also isn’t going away. Neither are moral panics—and they aren’t about to start historicizing themselves for us either. We need to do that work—to ask who is inviting our fear, why, and what came before.