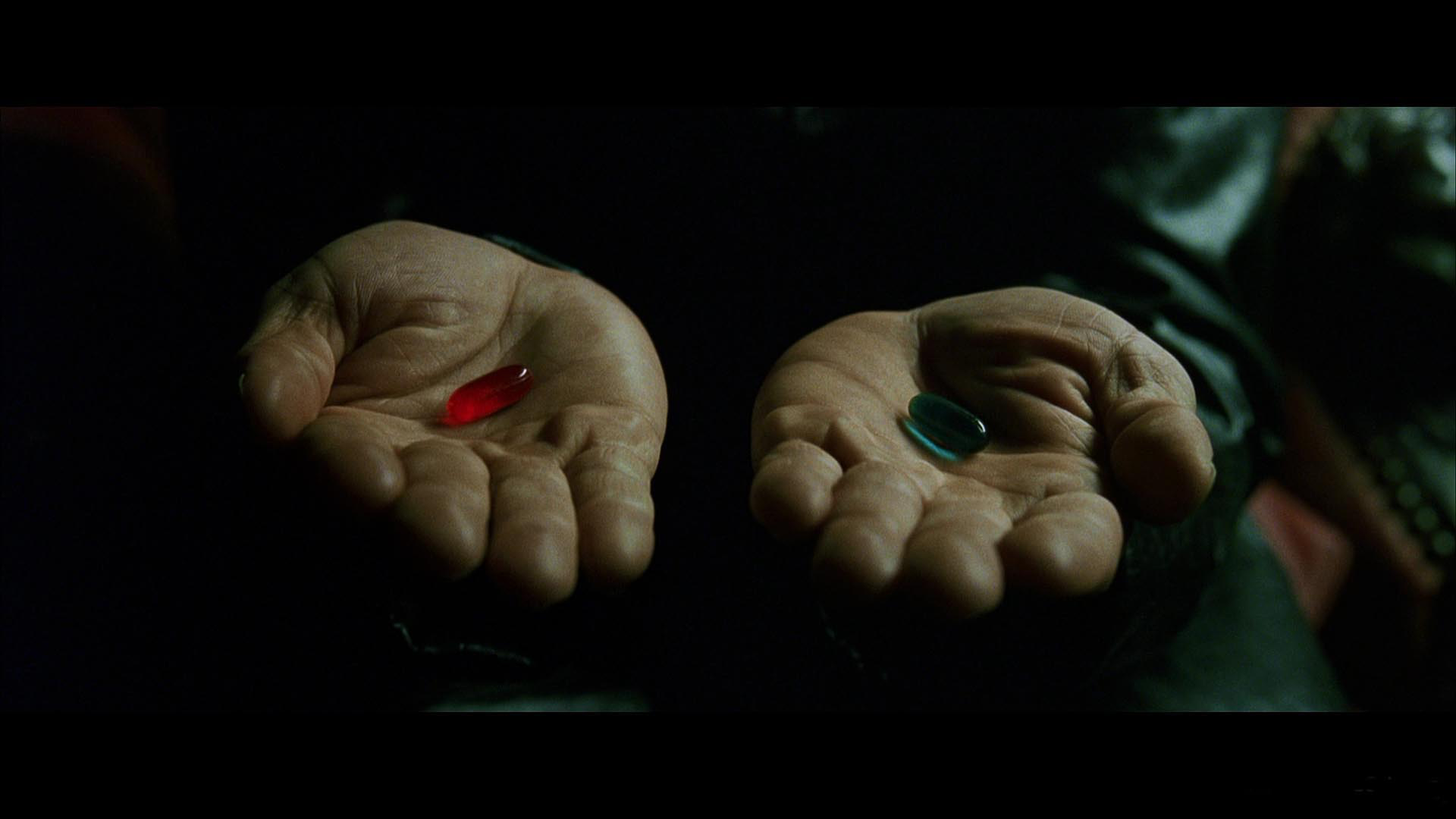 Neo’s choice between the red or blue pill in The Matrix has taken on new meaning in some online communities.

After the dispassionate politics of the past we are living in an era in which information and communication processes have a heavy influence on the political debate. We must thus focus on the changing nature of the meaning-making processes in our societies and the ways in which the metaphors that help us explain our conception of the world are framed. Today, politicians abandon rhetorics based on facts and figures and enter a new battlefield: the conflict to catch the attention of the public through grand narratives and stories. If, as Westen defends, people tend to build their understanding of what reality is on stories that create an affective link with actual events, a keyword in the politics of this century will be storytelling. [1]

In a post-truth era where emotions are more important than facts, compelling narratives stand out among political strategies. Manuel Arias Maldonado puts it better: “There seems to be a general tendency towards the decline of rhetorical rationalism as a means of public persuasion, in favor of an authentic language that emphasizes emotional register, personal experience and suspicion towards the elites, that is, that a story excels an argument. We then speak of a post-factual democracy where facts count less than the feelings they produce”. Therefore, it is increasingly difficult to identify the boundaries between reality and fiction, rumours and facts, news and fake stories. [2]

In this context, authenticity is regarded as a distinctive value that identifies politicians as genuine and trustworthy. But, as Enli notes, being an authentic politician is not the same as being truthful. [3] We should instead analyze how authenticity illusions are created or how authenticity is performed. For Enli, authenticity in politics is built on the performance of a candidate who is valued as spontaneous, intimate, and consistent. In her book, she elaborates on the construction of Barack Obama as an authentic politician. Interestingly, we can compare how these three strategies have also been applied to Donald Trump. While Obama was introduced as the unlikely candidate, Trump is a traditional American one: a famous name backed up by personal wealth and genuine intentions. [4] Both of them, however, have presented intimate stories from their family and life. If Naomi Klein thinks that Obama went a step further compared to previous presidents in terms of “turning the White House into a kind of reality show starring the lovable Obama clan”, Trump has gone further by taking advantage of his numerous appearances in mainstream media. Today, a star of reality television inhabits the White House. [5]

Second, Obama and Trump have shown consistent performances because they have seemed true to themselves and to the values they defend along the way. But while “mainstream media were accused of having a ‘love affair’ with Obama during his election campaigns,” Trump insists on denouncing a continuous mistreat and unfair coverage by the press. [6] Third, in both cases spontaneity is built on social media, especially on Twitter. Their participation in online platforms is designed to create a sense of improvised and unscripted communication with the users-voters. This illusion of authenticity reveals a disquieting trend in today’s emotional democracy: the rising belief that the direct address from politicians through social media (that promotes individualistic interpretations) is a transparent communication with citizens.

In its most extreme version, authenticity can override any notion of truth – especially the truth as presented by the media. If every idea depends on the existence of its opposite, authenticity demands the construction of a deceptive reality. That is the case of the so-called RedPill right, for whom Trump is a disrupter of that deception. 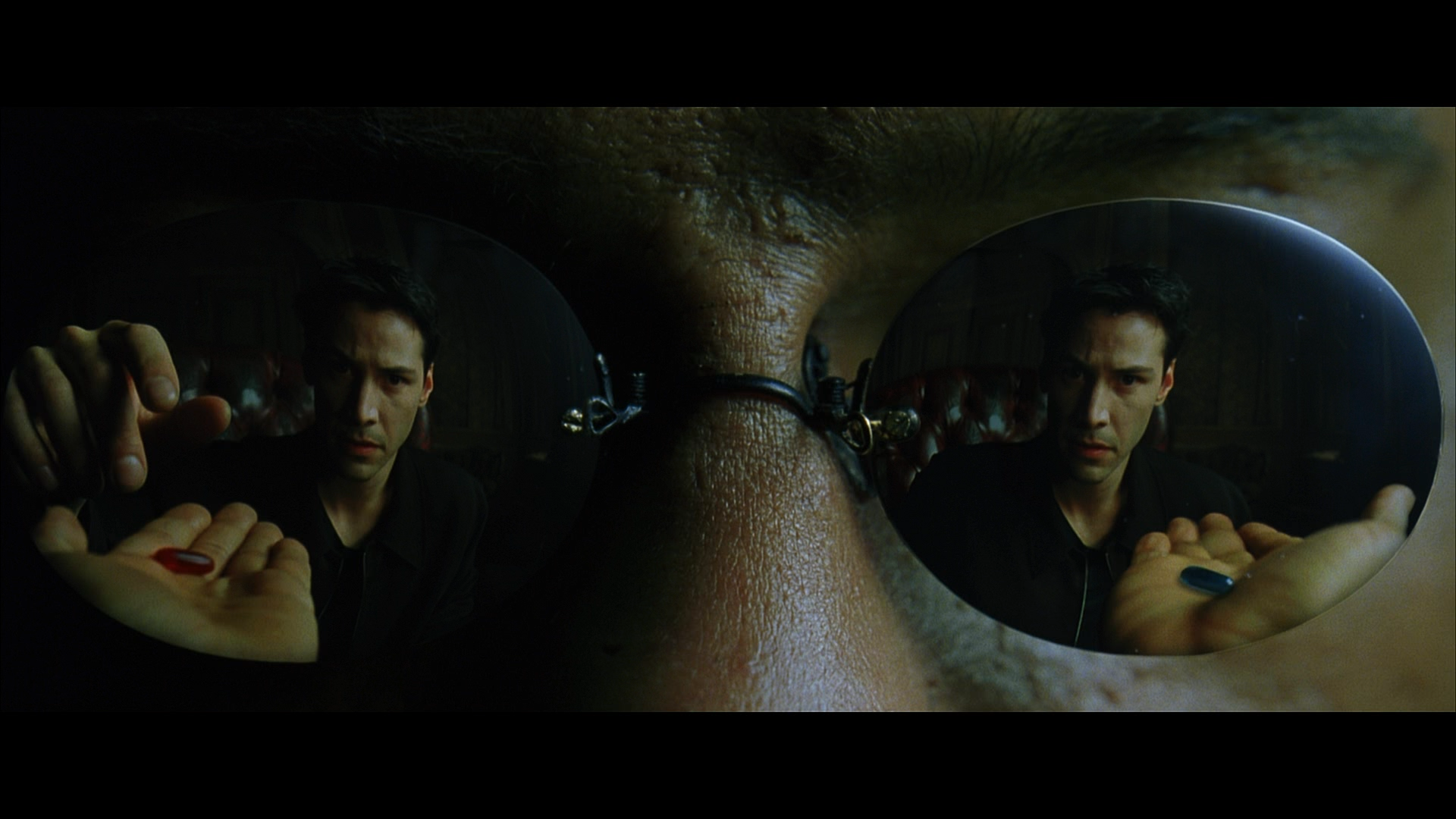 “Red pill,” when used by members of its community, refers to an “awakening” to a conspiracy of injustices brought on by “social justice warriors”, radical feminism, and political correctness.

“Being red pill”, argues a user at rooshvforum.com (a site in the so-called “manosphere”), “is seeing how the real world works. Donald Trump sees how the real world works”. But how, then, does the world work? Taken from The Matrix, [7] the notion of a pill that lifts a veil from reality was adopted early this decade by online groups self-described as “men right’s activists” (MRA) and “pick-up artists”, who used it to describe an “awakening” to the reality that female submission is a myth. Their view is that, as journalist Rebecca Reid has described it, “what women really want from men is a bit of good old-fashioned subjection”. [8]

The concept became some kind of shibboleth for a broadly defined and disperse community, with sites such as trp.red, the subreddit TheRedPill (more than 176000 users) or the Twitter account @redpilltweets (14600 followers). In typical net society fashion, redpillers lack a hierarchy or a governing force, to the extent that the administrator of RedPillPhilosophy.com claims that “when I named it “red pill”, it had nothing to do with what other popular “red pill”-related internet groups believe in”. But the contents of that site do match the trends of other redpill spaces: reports on presumed attacks on Trump supporters or men, criticism of liberals, feminism (with headlines like “BODY SLAMMED! Female Gets Taste of Gender Equality After Shoving Boy”), or the #BlackLivesMatter movement. Journalist Jay Allen described redpillers as a conflation of “conspiracy theorists, Men’s Rights Activists, Pick-Up Artists, GamerGate, even the Neoreaction”: active online communities of mostly white males, tech-savvy, self-described as ”libertarian” and “atheists”. [9] Redpillers often see themselves as the victims of a “Cultural Marxism” conspiracy plotted by “social justice warriors”, radical feminism, and political correctness.

As a norm, redpillers support Trump: according to journalists Ben Collins and Ken Judy, “the third most popular subreddit for active users of TheRedPill” in August 2016 was r/The_Donald, “Reddit’s home for Trump supporters”. [10] A year ago, a poster at TheRedPill admitted that “[it] makes me feel somewhat embarrassed to admit this, but after taking the pill, I am starting to like Donald Trump and see myself voting for him”, ending his post with “Lessons learned: Trump might embody a lot of red pill principles”.

The noun redpill became a verb, meaning to wake up someone to the realities of gender politics, to the true nature of Trump, and to his unfair treatment by the media. Two months before the elections, a user at r/Ask_The_Donald wrote a post defending his candidate titled “HOW TO: Red Pill Someone”, with a forewarning admitting that “this post obviously has a Trump bias. I am aware that not all of this is 100% truth”. At the end of it, the poster asks: “Have I red pilled you?”, and, after encouraging the readers to fact-check the sources themselves (since they “can be fake”), adds: “If you are however a now converted Trump supporter, check out /r/the_donald and this subreddit to join our culture”.

In the RedPill sphere, thus, supporting Trump is not just a matter of agreeing with his policies or even trusting facts, but of being “awakened”, a sudden clash with an “authentic” reality not unlike the one Neo experiences in The Matrix. A commenter in the same “HOW TO” post writes: “I was given the red pill, and I finally saw what the world truly looked liked. It’s astonishing, honestly”. Becoming a Trump supporter is a passional, transformative experience that reveals the previously known world to be an illusion – a deception that can never be trusted again. It is not only a matter of knowledge as justified true belief, but one of knowledge as salvation and epiphany. It is truly a post-factual, post-truth approach not only to politics, but to knowledge itself, where dogmas are presented as self-realizations and authenticity is seen under a “conspiranoid” lens, a world where the separation between ideas and emotions is virtually non-existent.

Redpillers may not be the majority of voters, but they point to an unavoidable problem: emotions cannot be left out of politics, or they may end up being redirected towards mockeries of debate and dialogue, producing realities where conspiracy theories like Pizzagate are taken seriously. Any opinion, as John Stuart Mill defended, needs to be “fully, frequently, and fearlessly discussed”, or it risks being turned into “a dead dogma, not a living truth”. [11] Or, we may add, into conspiracy theories. There is no escaping from emotions and passions, nor should they be excluded from deliberation, but dialogue and debate should be protected by a healthy understanding of these and their role in a sentimental democracy.