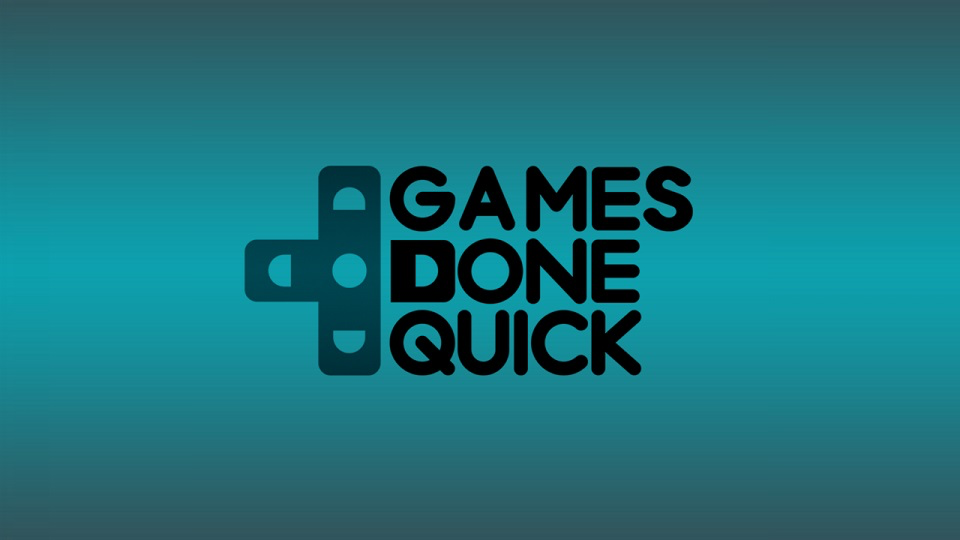 The biannual event Awesome Games Done Quick (named Summer Games Done Quick during its July broadcast) brings over a hundred players together in a showcase of gaming mastery. Unlike traditional esports tournaments, this event remains largely uncommercial and fan driven, using the weeklong live broadcast to raise money for charity. The Twitch broadcast lasts for a week, with over one hundred games featured on the schedule.

Speedrunning as a form of expansive gameplay highlights the collaborative and social nature of gaming that often goes unnoticed outside of designed multiplayer games. An attempt to complete a game in the shortest amount of time, this style of play pushes a game to its limits without breaking the explicit rules of the game. Whereas most gamers play within the implicit rules of the game, paths and sequences intended by the developers, speedrunning explores the limits of the game’s explicit rules. This allows for sequence breaks and exploiting glitches naturally found in the game. Speedrunning also allows for players to experience a familiar game in a brand new way. 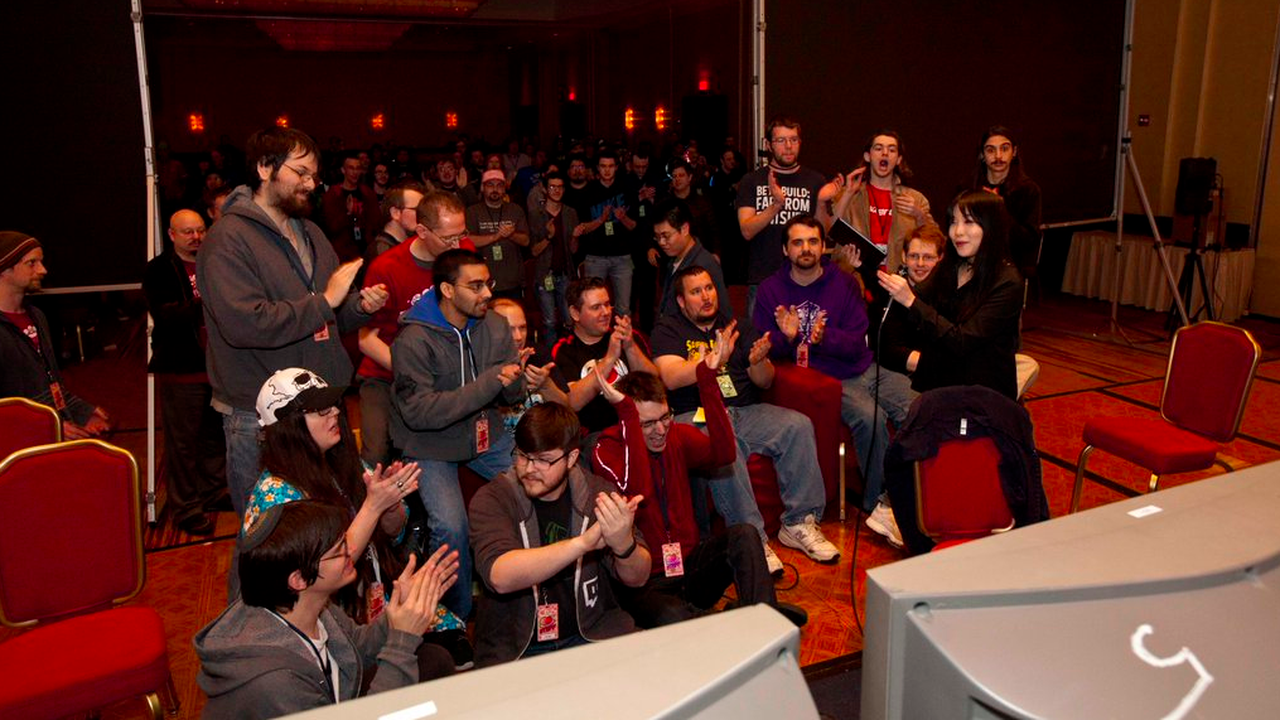 Speedrunning marks its origins in early PC games such as Doom (1993) and Quake (1996), as these games allowed players to record and save play throughs as “demo” files to share with others [1 ] . These early demo files only loaded on other copies of the game, making them only shareable with fellow players, thus emphasizing the dual nature of the gamer as both performer and audience. Very soon after Quake’s release, gamers began finishing levels as fast as possible and sharing their feats with others to try and beat each other’s time.

These early demo sharing speedrunning communities eventually spread as a form of gameplay with advances in gameplay capture software and online streaming video opening up the possibility of showcasing games without recordable demo files. Sites such as Speed Demos Archives and Speed Runs Live provide resources and serve as community sites for further exploration and exploitation of hundreds of games. The rise of Let’s Plays, E-Sports, and other forms of online gaming videos certainly plays a role in the increased visibility of speedrunning as a gameplay style, though it originated well before online video, emphasizing the performative and social nature of gaming inherent to gameplay itself.

Speedrunning a video game might sound obsessive or isolating, but this overlooks the inherently performative and communal nature of this play style. Discovery and planning takes place within a community of dedicated players, functioning as a knowledge community with the shared goal of pushing a game to its limits. Speedrunning emphasizes high performance, working to add these additional player-made challenges in order to re-create the initial satisfaction of beating a game. However, arguably more of the satisfaction of these additional challenges comes from sharing and performing these runs for an audience.

Cornel Sandovss argues that conceptualizing fans as performers, rather than just passive recipients of texts, “offers an alternative explanation of the intense emotional pleasure and rewards of fandom” [2]. Indeed, conceptualizing the gamer as a performer helps us better understand not only the pleasure they take in this emergent style of gameplay for themselves, but also the pleasure in performing to an audience and creating a new narrative experience for them. Games Done Quick offers a chance for selected members of the community to perform to a wider audience.

This video features speedrunner Shennagans playing through Pokemon Green version with the goal of getting to the end credits as quickly as possible, drastically subverting the expectations of traditional Pokemon gameplay. We see a number of things happening on the screen beyond just gameplay. The gamers are framed in a somewhat traditional social gaming context: on a couch surrounded by fellow players. This, along with game information, time, and information about the event, create a hypermediated space for viewers that both harkens to a familiar gaming space and provides maximum coverage of the run itself. Though largely silent in this particular clip, gamers seated on the couch often provide additional insight, explaining tricks and strategies to the audience. Given the popularity of the event, speedrunners often try to make these runs more accessible by explaining the game as they play through.

The Twitch interface also includes a chat sidebar for viewers to comment and interact with the event. Twitch chat often functions under a mass crowd mentality, especially as more users participate in the chat, with memes, chants and inside jokes being the most common forms of expression. 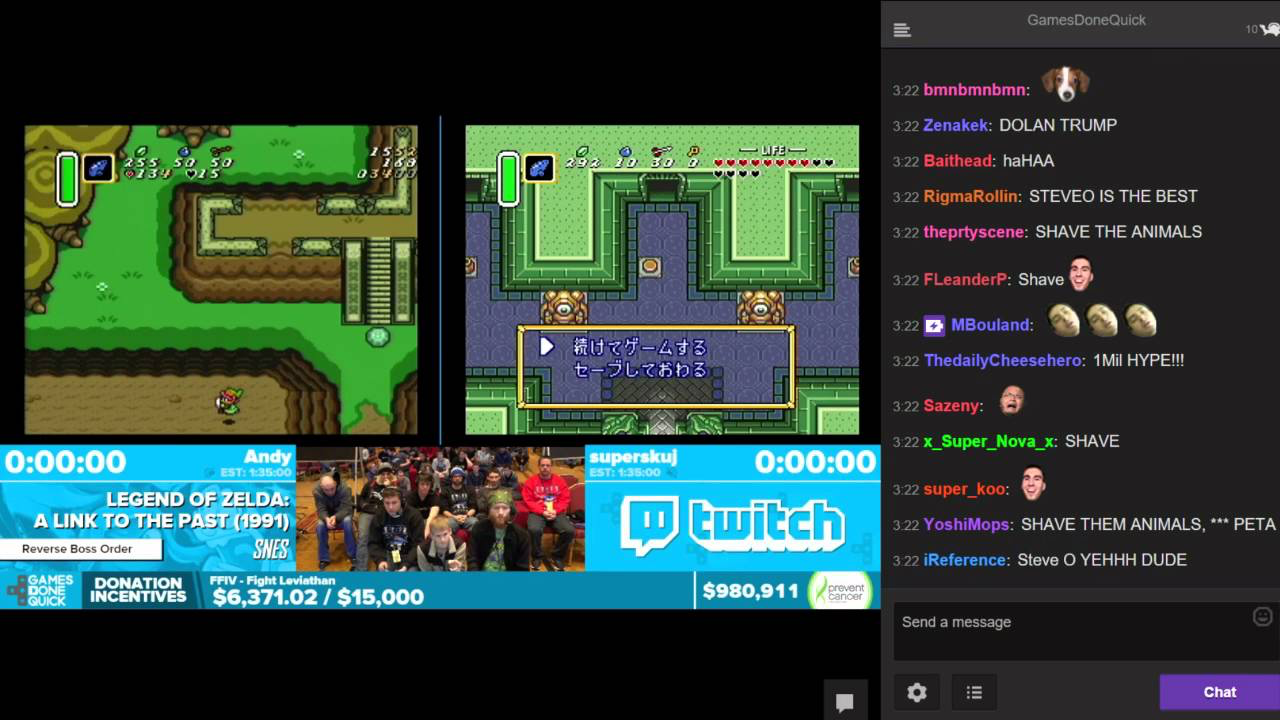 The speedrunning community remains largely uncommercial, with only a select few runners making an income from Twitch streams. Games Done Quick functions on a volunteer basis, distinguishing itself from other large-scale e-sport events. The event itself serves as both philanthropic community as well as and showcase and celebration of the community.

Gamers have arguably always existed as both performers and audience, alternating between identities as needed. The speedrunning community probably exhibits this more than any other style of emergent play communities, as indicated by their extreme subversion of gameplay, their quick adoption of live streaming as a means of disseminating gameplay to an eager audience, and their commitment to community collaboration. With live streaming on the rise and the accessibility of video hosting, gamers have more means to reach an audience than ever. Games Done Quick utilizes the social bonds of gamers and existing networks of speedrunners to collaborate for an altruistic cause while showcasing their mastery over various games. Looking at speedrunning as an obsessive and isolated hobby overlooks the immense community effort that goes into this gameplay style.