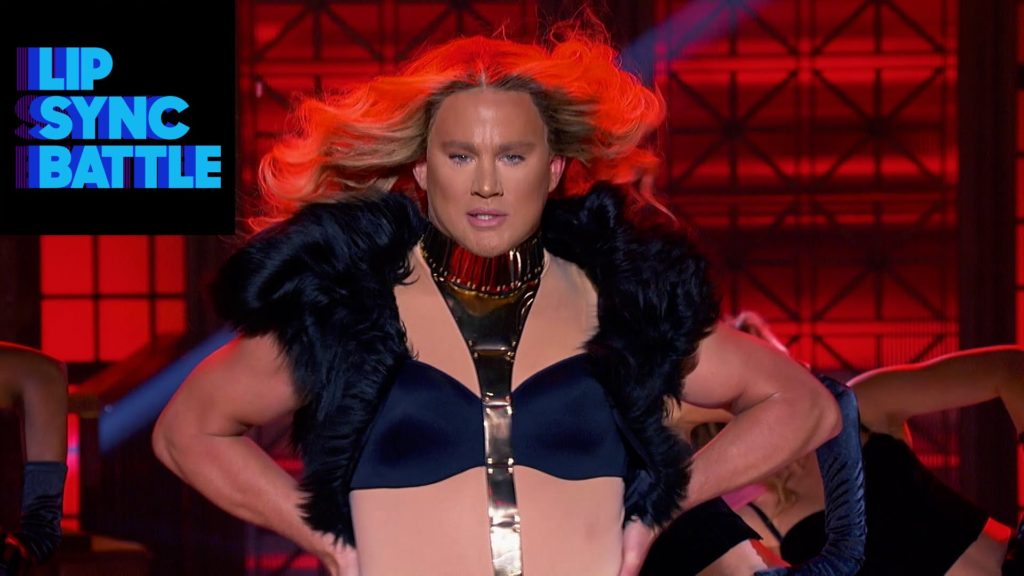 On January 7, 2016, Channing Tatum blew up the internet. He strutted onto Lip Sync Battle’s stage wearing a voluminous blonde wig and a tight black mini-skirt to faux-sing “Run the World (Girls),” with Beyoncé herself joining in at the number’s end. The performance became a viral sensation, and the episode itself an all-time ratings high for Spike.1 This overwhelming popularity was not because of the excellence of Tatum’s dancing, but because of its gender-bending presentation.

Tatum’s performance is only one of many times that Lip Sync Battle has blurred traditional gender roles; in fact, the majority of LSB’s episodes contain some form of gender-bending, and the performers who do so almost always win. Judith Butler taught us years ago that gender is inherently performative, and that drag in its many forms has a powerful subversive potential.2 Yet LSB presents an intriguing paradox: while it hosts a plethora of non-normative performances, the show ultimately reifies gender binaries, and places its stars squarely back in their “original” gender.3 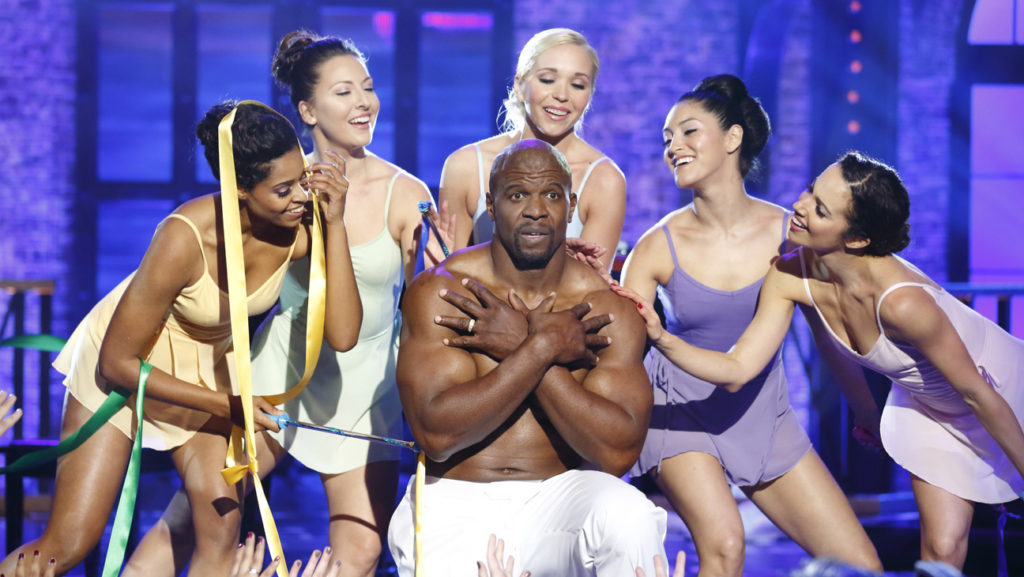 But LSB as a whole does not foster such open-mindedness: instead, the program carefully positions its performances as temporary aberrances in the stars’ lives. Stars must constantly reestablish their personas, as Richard Dyer explains, and LSB allows them to act out who they are, or are not.4 So while the most popular performances involve macho men – professional athletes, rappers, action movie stars – wearing dresses and wigs, the show works hard to show that the stars’ costume and dance choices have no bearing on their “real life,” which means demonstrating that the stars are irrefutably heterosexual and cis-gendered.

LSB employs several strategies to corroborate its stars’ straightness. Most simply, host LL Cool J will ask the star to discuss how unusual this was for them, such as when comedian Gabriel Iglesias told Cool J that dressing as Donna Summer required him to shave for the first time in five years. Other times, the spouse of the performer also appears on the show, with their shocked reaction to their partner’s gender-bent performance serving as an external guarantee of heteronormativity.5 Throughout, Cool J and color commentator Chrissy Teigen model the acceptable reaction to these antics. Cool J, a rapper, is often quietly disapproving, while Teigen, a model, spends most of her time evaluating how sexy (or more often unsexy) the performers are in their adopted garb.6 These strategies taken together are meant to signal that these performances cannot possibly be taken seriously.7 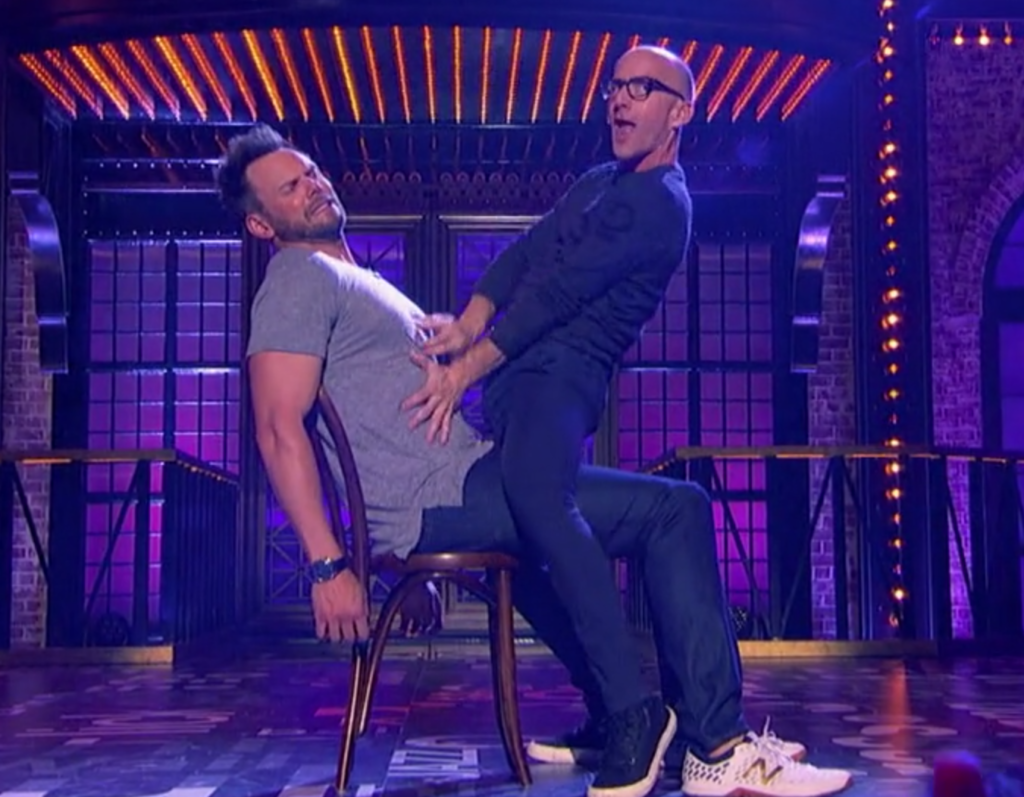 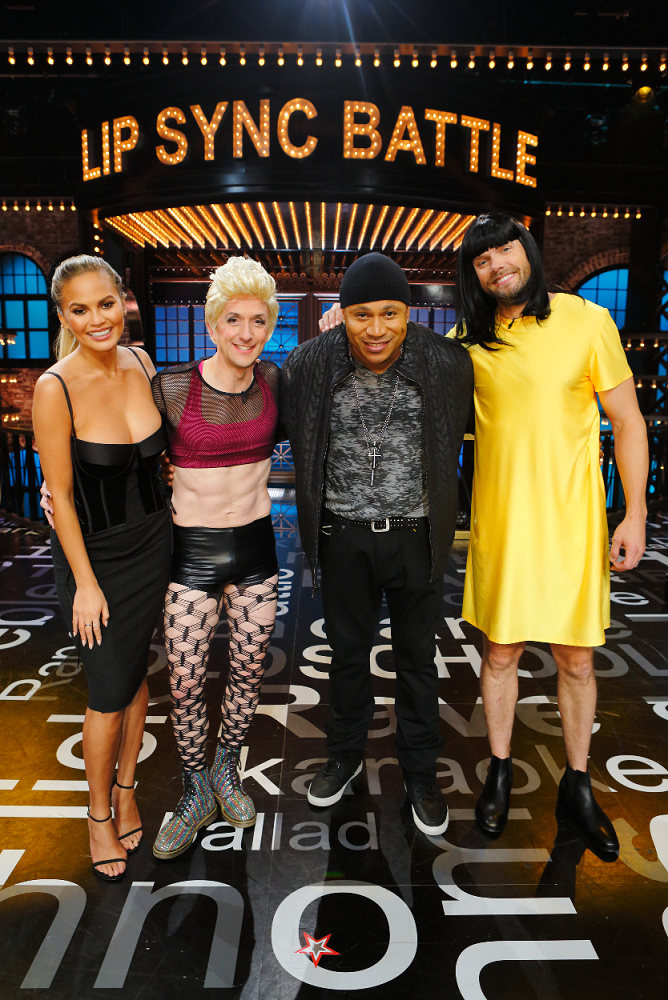 What then, is the ultimate effect of all this gender confusion? For the stars, very little. As long as they carefully delineate their performance from their star persona, this exercise merely signals to casting directors that the star is capable of playing many (gender) roles outside of their normal type. The most immediate benefit is to the network. LSB airs on Spike, a channel which has recently attempted to expand viewership from an exclusively macho-male demographic to one that includes female viewers and attracts co-viewing as well.8 Network president Kevin Kay commented that LSB was picked up because “it felt like the perfect show to help launch that rebrand.”9 For the network, too, LSB is meant to be a step outside of its box, but not a complete leap.

David Greven argues that our “new queerly-inflected mainstream movie practices” have the potential to open up “safe zones of polyvalent pleasures.”10 This is far too utopic a vision to extend to Lip Sync Battle. There is certainly potential for breaking the strict boundary between male and female in the show’s constant cross-dressing. But as we have seen, the show shuts down any subversive possibility as effectively as Tatum wore his wig.