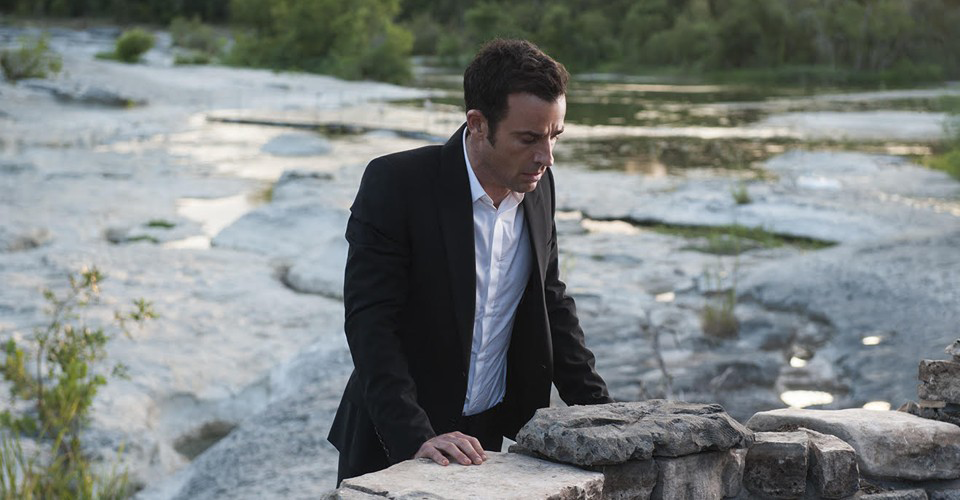 Kevin Garvey, played by Justin Theroux, in The Leftovers

Especially during election years, discussions of faith and politics are almost ubiquitous on broadcast news and social media. And yet, 50% of American adults say they seldom or never discuss religion with anyone outside of their families. [1] Pew Research Center’s Religion in Public Life Project charts the religious attitudes and behaviors of Americans between 2007 and 2014. According to this study, the percentage of Americans who believed in God declined by 8% between 2007 and 2014, with the percentage of Americans who do not believe in God almost doubling during the same time period. [2] 49% of religiously unaffiliated Americans (usually referred to as “nones,” an amusingly coincidental yet frustrating homophone) either believe in God and are certain or are fairly certain that God exists. [3] Because people (albeit a small section of the population) are choosing to forego affiliating with a recognized branch of religion, this allows them to choose a unique combination of beliefs and rituals — or lack thereof — to appropriate for themselves. These results indicate a shift in how these ideas manifest and evolve in people’s internal lives and patterns of behavior.

Given these shifting attitudes and behaviors, how is a show like The Leftovers (2014–), which portrays explicitly religious characters and themes, so popular? Premium networks like HBO (the network which airs The Leftovers) have the bargaining power to change their lineups however they wish — meaning they could try to program shows of the same production value and narrative complexity without having to go near religion at all — and yet these shows regularly cover religious ideas and create complex religious characters and manage to persist and thrive. The Leftovers uses religion and narrative complexity as a mechanism for legitimation that, if aired on more traditional networks, may have been censored to the shows’ detriment. Despite changing religious attitudes and beliefs, television can still serve as a site for religious identity negotiation for those who can afford access.

Jason Mittell’s essay on narrative complexity, although divisive, provides a good framework for how we can understand The Leftovers’ appeal to critics and devoted fan base. He writes that television of the 1990s onward exists within a larger framework of complexity and innovation. Mittell cites the rise in channels as a factor in shifting programming tastes among viewers. According to Mittell, the network logic worked like this:

Audiences lacked the weekly consistency to allow for serialized narratives…but as the number of channels has grown and the audience for any single program has shrunk, networks and channels have grown to recognize that a consistent cult following of a small but dedicated audience can suffice to make a show economically viable. [4]

Narrative complexity is a possible solution to the interchangeability of procedural dramas and conventional sitcoms that characterized the network era. [5] He defines narrative complexity as a “redefinition of episodic forms under the influence of serial narration — not necessarily a complete merger of episodic and serial forms but a shifting balance.” [6] Additional caveats to narrative complexity include the use of narrative spectacle and also rejecting the conventions of episodic and serial narration altogether to create a style of storytelling entirely different. According to Mittell, this kind of storytelling requires a more engaged viewer than typical television viewing, since the enjoyment comes out of the negotiating processes between the viewer and the program. [7]

The Leftovers depicts life in America after an apocalyptic event called the Departure that caused 140 million people to disappear from Earth. The people in this universe (and the audience) never find out where those people went, why those people disappeared, if they are ever coming back, or if the people who disappeared are alive or dead. Characters within the show devise their own explanations for why the Departure occurred and coping mechanisms for dealing with grief and doubt.

One particular result of the Departure is a cult called the Guilty Remnant, which protagonist Kevin Garvey’s estranged wife Laurie joins in the first season. Members of the Guilty Remnant do not worship any god. If they worship anything, it is survivor’s guilt. Upon joining, members of the Guilty Remnant must wear all white, swear a vow of silence, smoke cigarettes, and generally assist in operations of the cult under the leadership of Patti Levin, the founder of the cult and one of the most compelling villains on television. The cult performs acts of both violent and nonviolent intimidation in an attempt to force the people of Mapleton, New York (first season) and Jarden, Texas (second season) to essentially never move on from their grief and guilt. 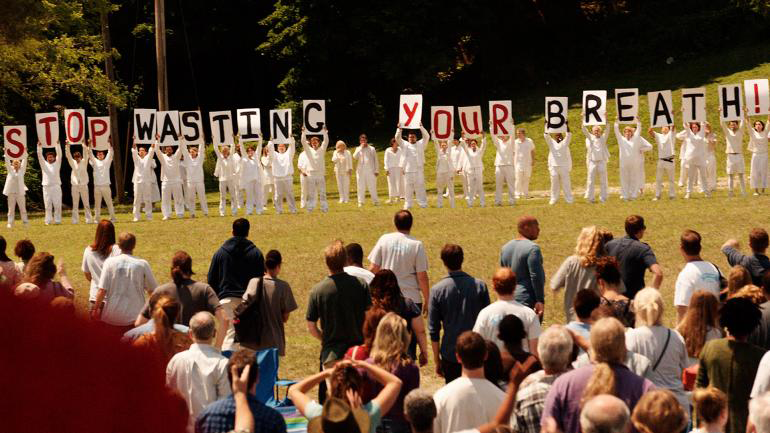 The Guilty Remnant targets these acts of intimidation at the families and friends of those who departed. Portraying a corrupt cult is by no means revolutionary, but the cult’s narrative trajectory over the course of the series takes so many violent turns that the viewer feels disoriented. One reviewer says:

Even after three episodes, it’s nearly impossible to tell where the second season’s story is headed. The structuring alone prevents viewers from knowing what next week’s focus will be, and whether that makes the series more accessible to potential fans and as exciting to existing ones is an equally difficult prediction. [8]

In another review, Damon Lindelof (the showrunner) essentially confirms that Travers has picked up on his frustrating yet fascinating modus operandi when he says, ”We’re much more interested in the condition of living in a world without answers than we are in providing them.” [9]

When it is not trying to produce confounding narrative elements, the character work on The Leftovers is worth noting. The Leftovers includes explicitly religious characters but avoids stereotypes where it can. Christopher Eccleston plays a preacher named Matt Jamison determined to expose the sins and indiscretions of those who departed, even to their families, in a misguided attempt to prove that the Departure was not the Rapture and to bring people back into his church. However, the Guilty Remnant ends up buying his church out from under him because he couldn’t bring in enough money. Matt’s relationship with God is troubled because his wife, Mary, got into a lethal car accident when a driver of an oncoming car disappeared in the Departure. The accident left Mary paralyzed and nonverbal, making Matt her sole caretaker and complicating his relationship with his God. 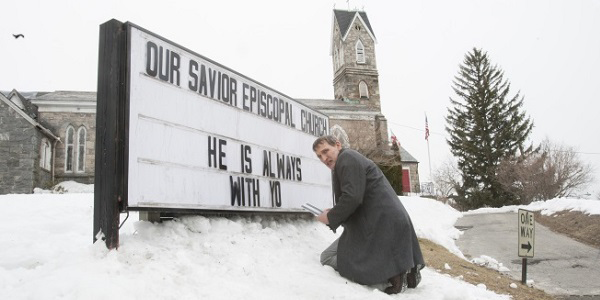 Within Mittell’s framework, the show fits several of his criteria with regard to narrative spectacle. Dream sequences, flashbacks, and visions are often presented without comment or explanation (and even if an explanation is given, it usually prompts even more questions or addresses the bare elements that need to be clarified), similar to the fantasy sequences that Mittell describes. [10] In the second season, the show changes setting from Mapleton, New York to Jarden, Texas. This is ultimately explained within the show, but more conventional shows definitely could not pull off such a drastic change and get away with such little clarification. With so many gaps in the storyline, the new, more involved mode of viewer engagement that Mittell calls for is entirely necessary to understand the few details the show provides for the audience. [11] The storytelling is self-reflexive, as Mittell says narratively complex programming is. It deals with religious themes to create complex plot lines, but it does not shy away from being critical of the same religions it uses for its own benefit.

To conclude, religion on television is certainly still a worthy topic of study due to its changing roles in society. In an audience with decreasing religious affiliation, shows like The Leftovers that handle the themes with enough reflexivity, innovation, and finesse can appeal to critics and viewers of various backgrounds. This show allows viewers to meet and wrestle with religious ideology on their own terms in a way that inspires instead of condemns or shames.