Ghostwriters are commonplace in the publishing industry, but their directorial equivalent has not emerged.
It is a truism that the name of the auteur circulates as a branding strategy in contemporary Hollywood cinema culture, with both notable success (e.g., Martin Scorsese, Quentin Tarantino, Christopher Nolan, Steven Spielberg) and relative notoriety (e.g., M. Night Shyamalan, Michael Bay) marking the appeal of directors who primarily specialize in commercial films.1 And yet, one of the more interesting aspects (or missed opportunities, depending on your viewpoint) of the current state of Hollywood authorship is the mainstream film industry’s reticence to follow the publishing industry in wholeheartedly turning authors into brand names that can operate independent of a flesh-and-blood person. That is, in an industry increasingly built upon the marketability of indefinitely extendable franchises, why has the directorial equivalent of the ghostwriter not appeared to better transform the auteur into a franchise in his/her own right?

Sure, we can readily understand allusions like “Hitchcockian” or “Kubrickian” when they appear in critical appraisals of work by different filmmakers, much as we know that “Alan Smithee” is a pseudonym for a director who has otherwise abandoned or disowned a given film. And we can appreciate when film preservationists attempt (often with mixed results) to retrospectively restore a famed filmmaker’s authorial vision in cases of mutilated or aborted films—such as the many stabs at reassembling Orson Welles’s oeuvre. For an analogue in the literary world, these latter cases most closely resemble the fragments posthumously completed by ghostwriters (who are sometimes the original author’s friends, family, or estate executors)—which, for similar reasons, tend to earn wildly differing critical assessments, depending on apparent fidelity to the creator’s original vision. Likewise, there are plenty of instances where Hollywood has not touched the literary prequels and sequels (some authorized, others not) to novels whose filmic adaptations were enormously successful (e.g., Gone with the Wind [1939],Casablanca [1942])—perhaps to avoid potential backlash from critics and fans, but also to avoid muddying the waters over which works would add to a given film’s franchise potential without straying too far from what is already considered “canon.”2

But imagine the cinematic equivalent of authors like James Patterson, Tom Clancy, Robert Ludlum, or V. C. Andrews—all of whom have developed bestselling literary franchises based more upon the author’s name as a popular brand (the use of possessives like “Tom Clancy’s…” on books, video games, etc. is apropos here), while largely relying on ghostwriters who mimic their writing styles or are merely billed (in very small print) as co-authors. (In Hollywood, the closest analogue might be publicity materials that lack the original director’s name but attempt to cash in on a recent hit with vague and disingenuous taglines like “From the producer/creator of….”) Most of these authors, it must be admitted, specialize in that culturally denigrated brand of mass-market fiction sometimes dismissively referred to as the “airplane book”—cheap, undemanding novels, with very short chapters and even smaller literary pretensions, often featuring a recurring hero(ine) in a formulaic thriller or procedural plot. With their populist appeal and recurring protagonists (often a spy, detective, or military figure navigating a world of international intrigue) across a series of books, it is no surprise that ghostwriters have been employed to produce so much of this material, considered disposable reads for killing time and little else. 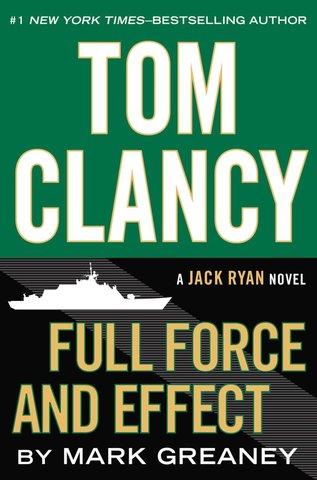 Of course, testament to their popularity on bookshelves, these authors’ brand names have all inspired cinematic adaptations, but with notably mixed results. While some characters have done well, both critically and financially, across multiple films (e.g., Clancy’s Jack Ryan [The Hunt for Red October (1990), Patriot Games (1992), et al.], Ludlum’s Jason Bourne [The Bourne Identity [2002], The Bourne Supremacy [2005], et al.), others have not fared so well (e.g., Clive Cussler’s Dirk Pitt [Sahara (2005)], James Patterson’s Alex Cross [Kiss the Girls (1997), Along Came a Spider (2001), Alex Cross (2012)], Lee Child’s Jack Reacher [Jack Reacher (2012)]). Moreover, ironically or not, most Hollywood adaptations of popular literary franchises, from “airplane books” to young-adult novels, are not helmed by widely recognized auteurs help service https://grademiners.com/research-paper, but rather by highly competent directors who can deliver a slick, workmanlike product without the added distraction of a Big Name that might overshadow the source material with enhanced aesthetic scrutiny.

An obvious precursor of this tradition would be the James Bond series, one of cinema’s longest-lived franchises, with five decades of movies based on Ian Fleming’s popular character. Fleming himself died in 1964, only a few years into the film series, and the author-function associated with the subsequent films has instead tended to focus upon the actors playing Bond over the years, especially since the films have tended to boast respected but not “brand-name” directors.3 Although only a handful of the Bond films were based on Fleming’s novels and short stories, Fleming’s estate has meanwhile continued to commission “official” Bond novels in the decades since his death. Yet, while some of the subsequent Bond novelists (such as John Gardner and Raymond Benson) were also commissioned to write novelizations of the later, non-Fleming Bond films, none of their own original continuation novels have (to date) been adapted into Bond films. In a sense, then, the Bond film franchise seems to hold these post-Fleming continuation novels as not canonical enough to adapt for the screen, even as several of the subsequent authors have gone so far as to emulate Fleming’s writing style. Sebastian Faulks’s 2008 Bond novel Devil May Care, for example, is billed as “Sebastian Faulks writing as Ian Fleming” and picks up where Fleming’s final novel, The Man with the Golden Gun (1965; adapted into a 1974 film), leaves off. 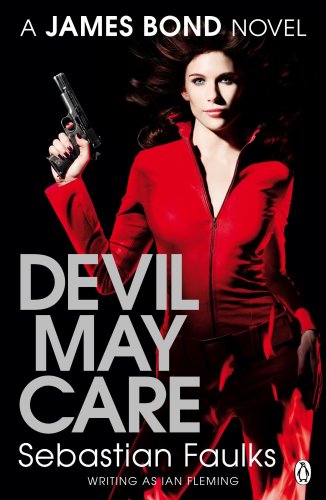 Cover of Sebastian Faulks’s 2008 “official” James Bond novel Devil May Care, “written as Ian Fleming.”
The Faulks novel in particular invites us to speculate what a “ghost-directed” Hollywood film would look like. What if A.I. Artificial Intelligence (2001) were marketed as a film by “Steven Spielberg directing as Stanley Kubrick”? Or would a better comparison be Super 8 (2011)—a film that could have been promoted as “J.J. Abrams directing as Steven Spielberg,” given Abrams’s esteem as a skilled but not auteur-level director and the film’s throwback quality as (in David Edelstein’s words) “a Steven Spielberg homage/rip-off produced by Spielberg himself”?4

Precedents already exist in the world of art cinema, of course, since less commercially motivated endeavors have allowed more space for filmmakers to creatively indulge the anxiety of influence. Think, for instance, of Todd Haynes practically directing Far from Heaven (2002) “as Douglas Sirk,” but also as a means of critically engaging Sirk’s All That Heaven Allows (1955). Or imagine the various stylistic aspirants (e.g., David Gordon Green, Andrew Dominick, David Lowery, Shane Carruth, Josephine Decker) who could have made films “directed as Terrence Malick” during Malick’s long years in the wilderness between early films or during his apparent lapse into self-parody in recent years.5

Perhaps the fact that flesh-and-blood directors are expected to appear in person on press junkets, electronic press kits, and DVD bonus features would preclude the type of ghostwritten brand-name fiction that has been so commercially viable in the mainstream publishing world. And yet, as the New York Times reports, “Since 2006, one out of every 17 novels bought in the United States was written” under James Patterson’s name.6 With the major Hollywood studios increasingly shifting toward a smaller annual slate of big-budget franchise films, Patterson’s books may not unequivocally succeed in making the jump to the big screen, but his self-branding strategy would nevertheless seem financially enviable for another industry devoted to mass-market fictions.

If commercial bookshelves in 2015 remain lined with the likes of Patterson or even posthumous authors-as-brands like Tom Clancy, just imagine the contemporary multiplex where the latest comic-book adaptations might vie with new films directed “as Nicholas Ray,” “as Stanley Kubrick,” “as David Lynch,” or as whichever Hollywood (or Hollywood-adjacent) auteur seems most fitting for a given project or market moment. The ranks of any film school show us that there is no shortage of pretenders to the throne, while a younger generation of film critics seeks a wider and more obscure range of “vulgar auteurs” over the over analyzed canon of Big Names. But what if our current cinematic landscape resembled an alternate history where once-vital directors did not end their careers making inferior or misunderstood works (or worse, having to seek paychecks in academia), where long-dead filmmakers could bring their sensibility to a new generation of material, where that really interesting filmmaker finally got the chance (for better or worse) to “go Hollywood”?7 As sacrilegious as some would surely find it to throw the flesh-and-blood director’s biography out the window, the ghost-directed auteur film would not only confirm the old post-structuralist saw (à la Barthes and Foucault) that the author is merely an effect of discourse, but could also, despite its symptom of blatantly commercial interests, paradoxically revitalize a creatively moribund industry.