From the time of its launch in 2005, YouTube has been the cornucopia of video culture – a stew of webcammers, Vbloggers, home movies, bystander video, rips, skits, and sketches, rants and elegies, mash-ups and backyard movie spoofs. Plus, the occasional cat video. The low-resolution ad hoc style of populist video mingles with the latest high-end looks from music video, film trailers, and advertising. On YouTube, the notion of a dominant style, much less some devotion to a classical model, seems laughable. The “modes of production,” if we can call them that, are as various as the types of people that take to the Internet looking for expressive, community, or communicative satisfaction.

This unruly mixture took on more form after 2007, when the company launched its Partner Program, allowing uploaders to share in advertising revenue generated by views of their videos. In 2011, it established the Creator Hub, a popular blog and related sites with tutorials on production techniques, building a fan base, and a means for creators to meet, share knowledge, and collaborate.1 Today there are creators with audiences in the millions, predominantly youth oriented Vblogs and game-oriented series like PewDiePie (33.5 million subscribers), NigaHiga (13 million), Rooster Teeth (8 million) and Good Mythical Morning (5 million).2 A star system of sorts has emerged from the wild and wooly of YouTube and the company has said that the Partner Program enables top YouTube Personalities to earn upwards of $100,000 a year.3

As YouTube has moved from a sort of public archive to a daily destination for millions of people, I’ve watched with curiosity as style, aesthetics, and what professionals like to call “production value” began to shift in response to the competitive dynamics, cheaper tech, and creators’ sensitivity to their respective fan bases.

Last year, YouTube began publishing a series of production workshops intended to educate creators on the finer points of creating quality videos. This series reveals how YouTube is addressing the amateur realities of most of its users, while it steers them toward classically inflected production techniques focused on script, sound, light, cinematography, and editing. For instance in the cinematography workshop, the young, British cinematographer (YouTube handle: MichelleDOP) begins by acknowledging that most viewers will be both director and cinematographer of their project. She then introduces the 3-point-lighting system, segues into the “rule of thirds” and other basics of framing, and then into a discussion of lenses and depth of field. Personable and skilled as a presenter, she fits well as a resident of YouTube. On the other hand, she is using a Canon C300 camera and a range of lenses, as well as a typical field lighting kit with four instruments—a commonplace but not cheap collection of gear. 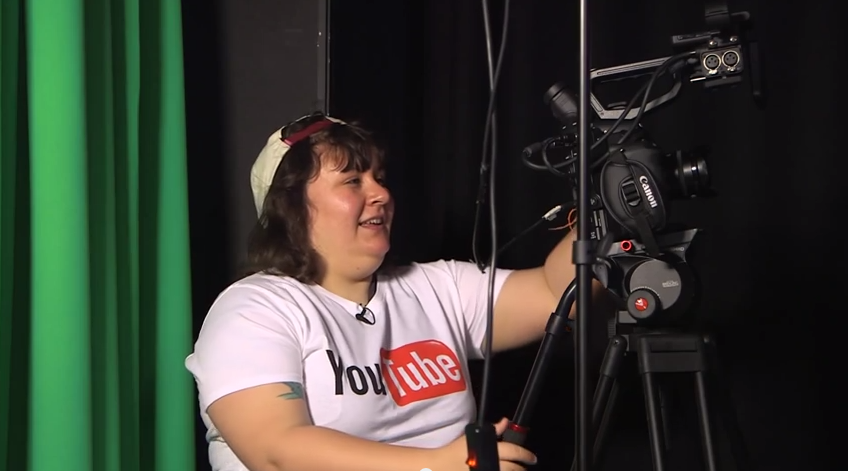 Genre lighting is the primary guide to style in the workshop, for example, when Michelle turns off her key light and suggesting this if the creator wants a “noir,” “thriller,” or “spooky” look. She suggests more light and shallow depth of field if the goal is “romantic.” She takes pains to establish how important a “ping in the eye” can be (that is, an eyelight), because, she points out, these videos are “all about eye contact,” and “obviously…about improving production values, engaging your own audience, and building that fan base.”

Finally, the training session shifts to a series of examples, using popular Vbloggers whose “looks” users want to emulate (users are commenting during the live workshop). This is a familiar turn in a production workshop of this type, the long craft tradition of using demonstrations of successful past work to disseminate technique, a combination of the technical particulars with particular aesthetic qualities – with hints and rules of thumbs about how to get there. 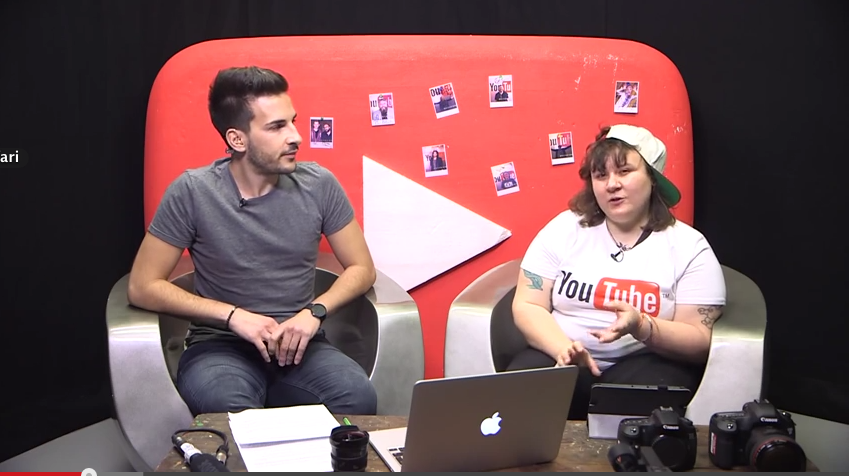 For example, Michelle favorably describes the Vblogging team “JacksGap” (3.9 million subscribers) as “cinematic,” with a shallow depth of field and soft but ample frontal light. Fashion Vlogger Tanya Burr (2.7 million) — described as a “beauty blogger” – is lauded for her use of natural window light to romantic effect, but also for managing her eyelight well. “Bingradio” (46,000) is held up as interesting and “experimental” for showing lights in the frame and high contrast, expressive lighting choices. On the other hand, Phil Defranco (3.4 million) is criticized for his wide lens web cam look, dark frame, and spotlight lighting. In this discussion, Michelle performs as a kind of arbiter of quality in this new medium – naming and assessing these videos aesthetically even as she describes the methods of their creation for wannabe YouTube creators. 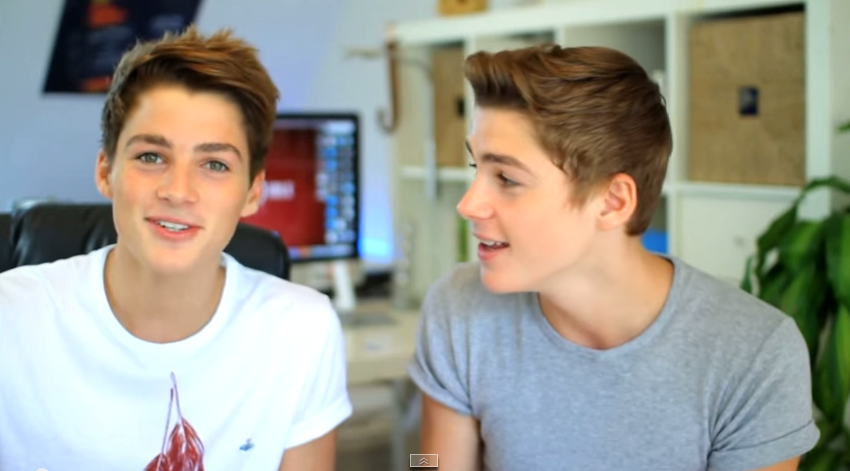 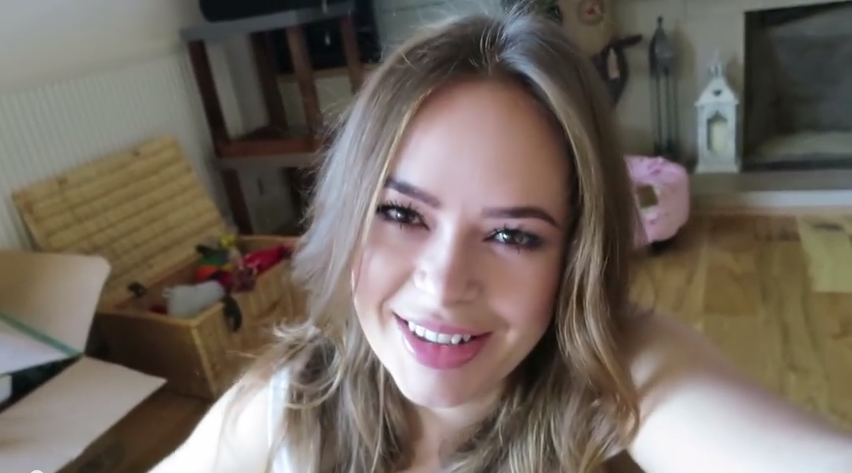 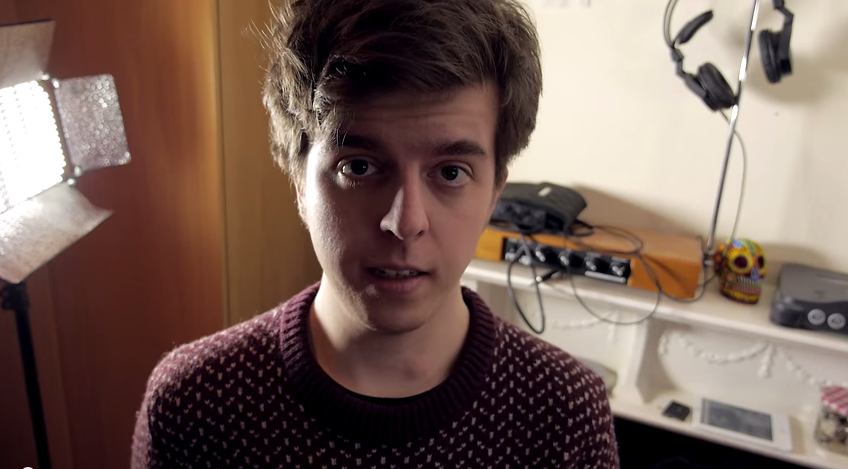 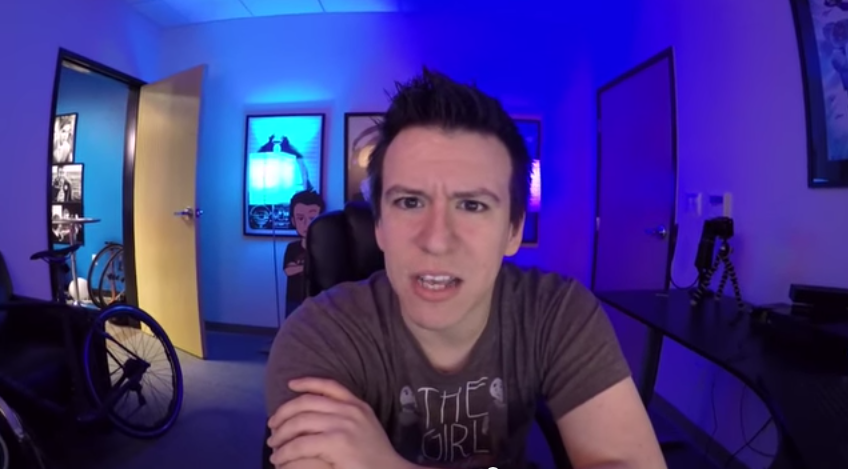 Clearly Michelle and many young people in craft areas are enthusiastic about YouTube. Still, YouTube’s choice of the valorizing term “creator” raises familiar questions about authorship and the role of craftworkers like Michelle in this new, highly monetized system of production. Only recently has YouTube acknowledged the collaborative realities of production with an “Add Role” feature in which creators can tag their videos with collaborator names and a variety of titles (director, editor, actor, collaborator, cinematographer, producer, writer, music, etc).4 The feature is only available to channels with more than 10,000 subscribers (so far) and the tagged collaborator must also be a creator.

Many creators are probably satisfied with remuneration in ‘credit’ and ‘good karma’ – that digital barter economy– but as money floods YouTube debates over fair pay seem inevitable.5 (Complaints about YouTube’s payments to musicians did make it into The New York Times last year.) The prevailing image of the single-handed YouTube star is beginning to fade. Many creators do work in a DIY fashion – as director and cinematographer and everything else – but it is clear that many have staffs of writers, producers, and technical specialists. Some hire freelancers, often at below market rates. We should see new media production as part of landscape on which wages for non-union, below-the-line film workers are in a deep and lasting slump. IATSE does have a “new media” contract intended to protect workers on union sets (largely this applies to original production for services like Netflix and Amazon, but also web series shot in Los Angeles or New York). The low budgets of most new media projects put them in the so-called “Tier Zero” or micro-budget category, allowing producers to pay minimum wage.6

YouTube has turned a corner from social media curiosity to everyday media experience. Predictably, perhaps, the stylistic and narrative qualities we see on the platform are beginning to reflect its growing visibility, larger audiences, and the ambition of its creators. YouTube seems to have recognized the importance of teaching its masses of eager content creators the virtue of visual style and the conventions of more “cinematic” storytelling. I wonder, though, how and if the craft communities that labor to apply professional gloss to these productions will be brought into the system’s cash flow.