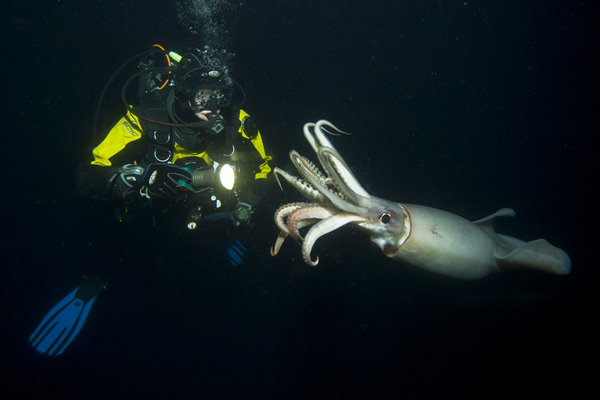 Each episode of Life focuses on a different class of animal or aspect of animal behavior – “Challenges of Life,” “Reptiles and Amphibians,” “Mammals,” “Fish,” “Birds,” “Creatures of the Deep,” “Hunters and Hunted,” “Insects,” “Plants,” and “Primates.” Each episode is followed by a short segment explaining how some part of the episode was filmed, with one episode, “The Making of Life,” devoted to explaining the “extraordinary lengths” the filmmakers went to acquire such remarkable footage.1 The footage is indeed remarkable, which Oprah constantly makes us aware of with dramatic statements along the lines of “This has never been filmed before.” Such claims, as Brett Mills points out, are common to contemporary cutting-edge wildlife documentaries, which constantly replay man’s ongoing primal struggle to conquer nature in some shape or form.2 The Life crew battled the elements, as the “making of” segments explain, to bring viewers scenes from the secret lives of animals big and small. 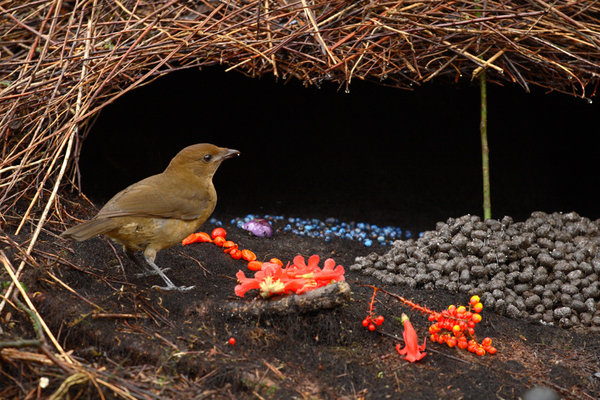 Despite the novel nature of the footage, though, Life engages in conventions scholars have identified as common to wildlife documentaries, namely anthropomorphism. Jan-Christopher Horak uses Steve Baker’s phrase “Disneyfication” to describe the facile and reductive ways that animals are often portrayed in popular culture and claims that even amidst today’s more sophisticated discourses of preservation, “the Disneyfication of animal images through extreme anthropomorphy continues unabated and in fact has been naturalized through new digital technologies.”3 Life falls into this pattern of mapping human social and cultural relationships onto animal species and societies. Mothers fight tirelessly for their offspring, for example, illustrated by the tortuous journey of the female strawberry poison-dart frog to bring her delicate offspring to safety, or the giant octopus that starves herself to death to watch over her eggs. 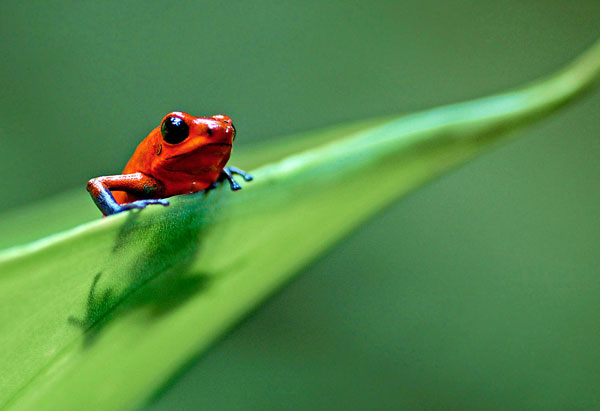 It is in this quaint appeal to animals’ humanity (?) that Life is a throwback to older kinds of wildlife documentaries – as Horak points out, current documentary and reality TV programming is dominated by “rescue narratives” that either emphasize the rescue of individual animals (Animal Cops) or make a general appeal to ecological and conservationist sympathies. Life engages in neither, focusing rather on the more mundane events in animals’ lives and attempting to get as close as possible to the action, which of course, as we are reminded throughout, is only possible because of the filmmakers’ ingenious and creative use of filmmaking technology. But I would argue that the emphasis on technological sophistication does participate in a subtextual conservationist narrative; in each “making of” segment of the episodes, there is a consistent emphasis on using the right equipment to get extremely close to the animals without disturbing their habitats. In “Hunters and the Hunted,” a female killer whale captures a baby seal, and members of the crew reveal how difficult it was to continue filming and not help the “victim.” The rule with wildlife filmmaking, though, is to not interfere in natural processes, and with that rule comes an assumption that any interference man makes in nature is harmful.4

But there is something seemingly paradoxical about watching this delicate imagery – of a world that must not be disturbed – on my high definition television. It seems strange that the march of modernization that allows filmmakers to capture and show sophisticated imagery of the natural world is part of the same processes that are encroaching upon this world and its non-human residents. Horak argues that the increase in television programming about nature is a way of managing environmental anxiety, and I would argue that the astonishing imagery of Life manages the discord between technological progress and environmentalism by linking them through consumption, using an old-fashioned wide-eyed fascination with nature to mask any ideological conflicts of interest. Horak says, “Today, the migration of nearly extinct animal species into the digital world can be seen as a virtual rescue from the uncomfortable reality of the natural world.”5

I would also argue that the use of human melodrama in Life is also a way of domesticizing the technological sophistication of its production, seamlessly integrating high definition natural imagery into the living room. There is one instance that stands out to me from the series that establishes a curious parallel between the text and the making of the text and creates an overt relationship between nature, technology and the audience. In the “Insects” episode, the last segment of the episode focuses on Argentine grass cutter ants. Ants are generally valorized for being focused hard workers, and Oprah tells us that their communities are “close to human cities” and “they work all day, every day.”6 She goes so far as to call the ants “farmers,” and what they do as “agriculture,” claiming that this is a near-perfect “corporate machine” that has existed for millions of years. The narrative of the industrious ants is closely followed by the “making of” segment that caps every episode, which explains the lengths the filmmakers went to create “butterfly vision” and capture hibernating Monarch butterflies in Mexico.7 The two segments are startlingly similar in their focus on the hardworking filmmakers/ants who use ingenious methods to achieve their respective goals and “take their falls in stride,” and the similarity in narrative works to not only integrate the filmmakers’ technique into the natural world, but also to make the use of high definition technologies easy for the television audience to consume.

The person who has the last word in Life, literally and figuratively, is of course Oprah. Oprah has created an empire of consumable emotions that lead to even more consumable products, and placing her brand name on Life creates a happy marriage of cutting-edge technology, unique documentary footage, and easy philanthropy. Described by The Discovery Channel press release as “one of the most influential voices of our time,” Oprah and her status as philanthropist are capitalized on by Life, supporting the conservationist subtext I refer to above.8 I find it remarkable that the use of her voice alone places a stamp of authenticity on the images we consume, further participating in the “virtual rescue” of Life’s flora and fauna from the “uncomfortable reality” that we live in.