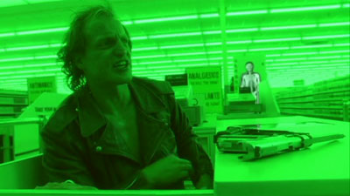 Will the You-Tube revolution foster a new narrative model for feature film? Perhaps it’s too early to say. But then again, given the rapid proliferation of the online video portal (launched barely a year ago) it’s worth thinking about. To date, most discussion on You Tube centres on its relationship with television. However, there are also signs of ‘cross-pollination’ with the cinema: from the very, very small screen to the big screen.

Scriptwriting author Ken Dancyger says that new ‘narrative models’ develop against a background of technological innovation, to provide “narrative experience that re-establishes its connectivity with its audience” (127). Premonitions of a ‘You Tube Narrative Model’ can be considered in relation to Dancyger’s ‘MTV Model’: the feature film as an assemblage of ‘set-pieces’ which appropriate both the structure (2-4 minutes) and aesthetic (high production values/rapid montage) of the music video (132). He points to Natural Born Killers (Oliver Stone, 1994) as an example. 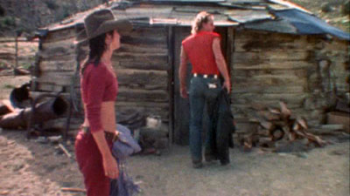 But this earlier brand of (80s-90s) postmodern excess has mutated in the new media environment – and new narrative models beckon. The not-so-new MTV (which recently turned 25) is being challenged by a new audience: the vast You-Tube-crazy, Gen-Y audience who consume online moving images at a voracious rate. The portal serves 100 million videos a day with around 65,000 uploaded daily. The term “Clip Culture” has been coined to describe this phenomenon (Geist). And if we entertain the claims of Marshall McLuhan, even to a degree, then precession of You Tube stands to alter the ‘patterns of perception’ of this new audience.

So, where do we look for early signs of a ‘feedback’ effect from You Tube to the cinema: The Blockbuster? Indies? Art Cinema?

Blockbuster cinema has mounted an aggressive counter attack toward a (perceived) You Tube insurgency. This battle is fought on the dual fronts of structure and aesthetics. The scripts from the current crop of ‘Tent Pole’ films are pretty heavy (literally) indeed: Pirates of the Caribbean: At World’s End (168 mins) and Spider Man 3 (140 mins) –a long, long way from a three minute clip on You Tube. Here, Hollywood protracts its traditional three-act structure to bladder testing durations: CGI sequences are inserted (accumulatively) within a tired and tested screenwriting structure.

On the aesthetic front, these films sever the proximity between the two digitals. An unmistakable distance is placed between the ‘Elite Digital’ (CGI graphics) and the ‘Democratic Digital’ (grainy, shaky, online video). An extreme reaction to Clip Culture? Perhaps. But these trends also need to be read within a much longer history of paranoid reactions to competing media, provided by Hollywood.

Indie(wood) takes a more creative response to the culture of You Tube. The Tarantino/Rodriguez double-feature Grindhouse (2007) is primarily an exercise in parodic nostalgia (1970s exploitation cinema) but it also represents an engagement with Clip Culture. In the ‘intermission’ between Rodriguez’ Planet Terror and Tarantino’s Death Proof, a series of faux trailers screen for (imaginary) horror films. Three official-faux-trailers were supplied by Rob Zombie, Edgar Wright and Eli Roth. In addition, the Grindhouse Cinema Trailer Contest announced one lucky winner to contribute a trailer to the screening of the film at the SXSW festival. Clever marketing aside, the Grindhouse project reworks the idea of the ‘Re-Cut’ trailer and also provides space for ‘user generated content’ to connect to the participatory drive of You Tube.

It needs to be noted, that the Grindhouse attempt to (re)stage a cinematic experience for a new generation – certainty did not pay off at the Box Office. However interesting, this ‘modular’ approach to the feature film (Double-Bill + trailers) either failed to generate a new audience or proved too demanding for its existing one. The Grindhouse cinematic experience was extended beyond the Blockbuster, coming in at 191 minutes. It did not take long for Harvey Weinstein to intervene and order the film to be re-released as separate pictures: he described the initial concept as ‘a mistake’. Furthermore, if Grindhouse takes a nod to You Tube in its structure, then it remains close to the Blockbuster in its aesthetic. The digital cinematography and special effects (of Rodriguez) and the elaborate car chases (of Tarantino) are a world away from You Tube video production. 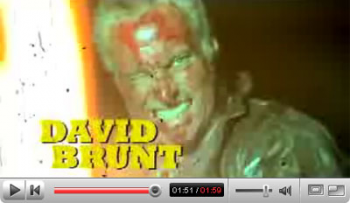 Hobo With A Shotgun Trailer

Art House cinema takes a more daring tact. Where the media took a monocular focus on the explicit depiction of sex in Michael Winterbottom’s 9 Songs (2004) – this was possibly its least interesting aspect. In fact, 9 Songs presents a radical approach to the feature film and provides a precursor to a You Tube (Narrative) Model. The film is entirely assembled from ‘clips’: it alternates ‘live’ sex clips with live concert footage. More ‘concert film’ than ‘sex film’ it showcases big bands including Franz Ferdinand, The Dandy Warhols and The Black Rebel Motorcycle Club. But doesn’t 9 Songs conform to Dancyger’s MTV Model? Partially, yes. But it is also a significant departure. 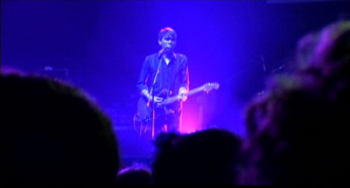 From the 9 Songs DVD

9 Songs represents a mutation from an MTV to a You Tube Model – in its narrative structure and aesthetic of the moving image. This is most evident where the ‘characters’ in the film are inserted within documentary spaces of London’s live band institutions (such as the Brixton Academy). To do this, Winterbottom deployed multiple small handheld DV cameras, and the result reads just like the countless bootleg live music videos on You Tube. (A similar aesthetic was also appropriated by the Beastie Boys in their recent live concert film). Also, the grainy, shaky hand-held camera is also employed to document the sex scenes, which rework a (Paris Hilton?) DIY home-movie aesthetic. In fact, it is probably the digital aesthetic which fuses the two modes of ‘clips’ together in the feature form, over traditional ‘story’ links. Of course, nothing in the ‘new media’ is really new. The feature film – as an assemblage of clips – revisits the ‘modular narratives’ of 1960s Art Cinema: in the films of Jean-Luc Godard and Luis Buñuel, among others.

You Tube is a key site of ‘remediation’ on many levels. But the cinema – the theatrical experience, the storytelling structures and the aesthetics of the moving image – is another site which is experiencing some ‘feedback’ effects of Clip Culture. The evolution of a ‘You Tube Narrative Model’ presents as an exciting mutation of screenwriting structure, scale and aesthetics of the moving image today. 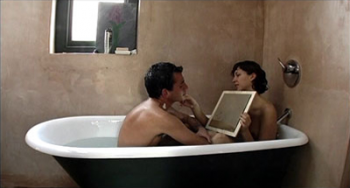 From the 9 Songs DVD

4. Hobo With A Shotgun Trailer