The growing visibility of transgender and other gender expansive identities has resulted in an increased surveillance and regulation of trans bodies,[1] and media representations have followed in this example. Mainstream depictions often stereotype and objectify trans individuals[2] or treat them as outcasts and spectacles. In addition, these media tend to depict trans people through binary and transnormative constructs of gender.[3] With a few contemporary exceptions, the complexity of trans lives is often flattened in what are predominantly white, cisgender-produced media. In contrast, YouTube has provided the ability to construct trans identities online with more trans-specific values. José Esteban Muñoz (2009) considers queer cultural production “both an acknowledgement of the lack that is endemic to any heteronormative rendering of the world and a building, a ‘world making,’ in the face of that lack.”[4] Trans YouTube vlogs are cultural archives and sites of lived experience that embody new ways of trans being and doing that reflect this notion of world making. In my viewing of female-to-male (FTM) transition videos in particular, vloggers self-narrate their life stories and experiences, collectively comprising a more varied and complex representation of trans life that “contrary to mainstream representations of trans people, are directed toward likeminded others, offering a user-created trans male visual culture.”[5]

There is an abundant and insightful body of work on the psychological and educational benefits, community building and archival aspects of FTM trans YouTube. In particular, Avery Dame (2013) has explored these videos and their producers’ status as “experts” that give advice to and educate viewers.[6] Tobias Raun (2016) has written prolifically about the use of these vlogs for journaling, therapeutic self-disclosure, and as communal archives.[7] Jordan Miller (2019) expanded on this archive with an analysis on the counter narratives of trans and non-binary vloggers of color.[8] The majority of these videos are created and shared by YouTubers that transition during adolescence and early adulthood which is reflected in this research that is focused primarily on the experiences of trans youth. Yet, YouTube has also been a site for documenting transition stories, sharing support and building community for those transitioning during middle age and beyond.

Jack Halberstam (2005) observes that individuals whose lives do not conform to the conventional understanding of time as linear and stable are often pathologized; however, conventional notions of maturity can be disrupted by the queer temporalities and counterpublics of subcultural practices.[9] The subcultural practice of producing FTM trans videos, particularly by “late bloomers,” challenges conceptions of normative temporalities. I watched the vlogs of trans men who transitioned in their 40s, 50s, and 60s to better understand the personal and social impact of the trans cultural production in this demographic. An ethnographic approach with qualitative interviews would help bridge the non-consensual nature of the textual analysis of these videos with the individuals who share them online; until that time, I refer to these vloggers by initials rather than full names or handles. 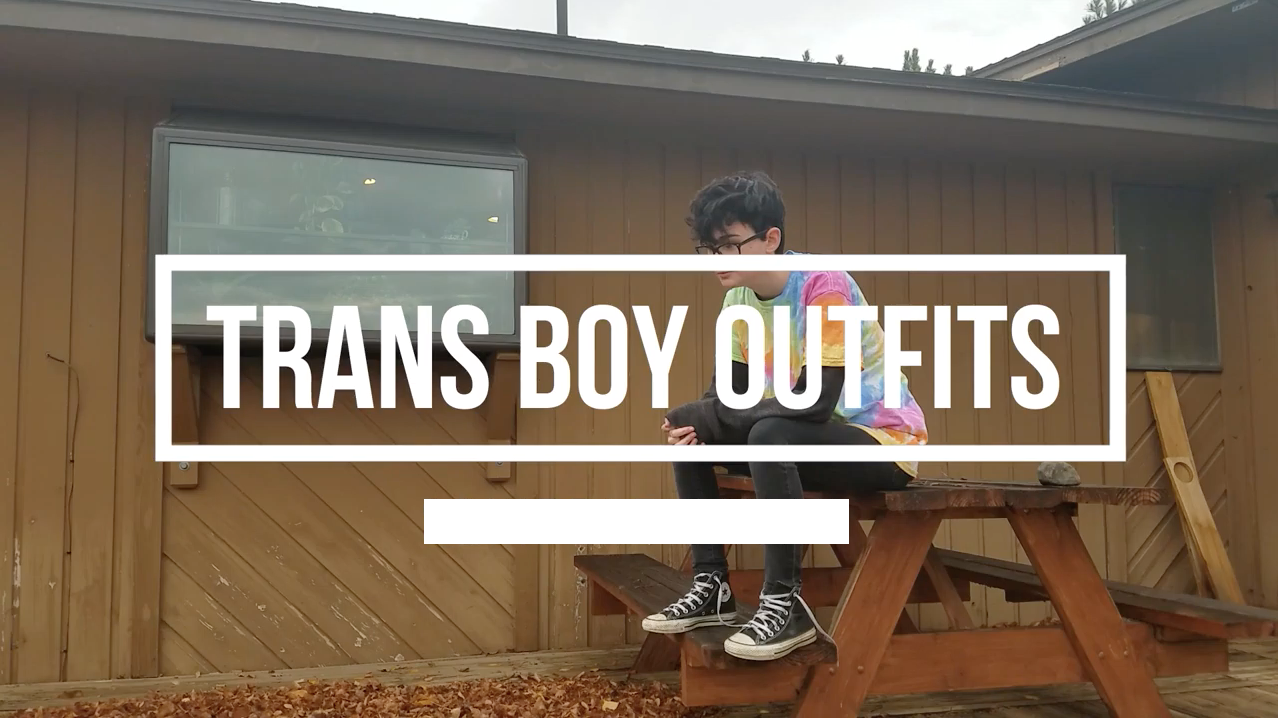 Similar to trans youth vlogs, individuals who transition later in life also share tips on how to dress and pass, communicate the happiness and sense of relief they feel, and speak about the importance (or lack of) familial support in their vlogs. The vlogs of late bloomers also differ from the majority of those shared on YouTube; most noticeably, their transition narratives fall outside the conventional timeline of growth and maturity, especially as puberty arrives after decades of adulthood. These vloggers identify the age they discovered their trans identity and began transitioning in the title of their videos, for example, “Life begins at 40 | 10 Months On Testosterone (FTM)” and “FtM@50+ – an Introduction.” E.N. shares his experience with a “mid-life transition” and the process of discovering his “authentic self” in his early forties. F.T.I. also describes his life as “just beginning” at 40 years of age, contemplating his developmental timeline as a man from adolescence and straight into middle age. Like E.N., T.L., who began transitioning at 50 years of age, contextualizes the theme of inner truth in his own timeline: it’s “never too late to live your authentic life [emphasis added].” This online culture operates along a temporality that literally “disrupts conventional accounts of youth culture, adulthood, and maturity.”[10]

It is common for FTM trans videos on social media to depict the joyful discovery of wearing a binder for the first time or—for those that have the resources and choose to have top surgery—their post-surgery chest reveal. While the majority of later-in-life trans narratives on YouTube follow “hormone time,”[11] they often focus on the development of the individual’s internal self-image over the physical changes associated with their medical transition. In one video, E.N. shares a written narrative of his discovery of being transgender followed by the process of delving “deep within my soul by peeling off many layers of my life so that I could rebuild my sense of inner self.” After briefly addressing facial hair growth and muscle mass at the beginning of a video, S.M., who began transitioning in his 50s, “wax[es] philosophical” about his career and cautions viewers about some of the language used in the community. Specifically, he rejects the wrong body narrative: “I don’t feel like I was born in the wrong body. I understand it, like I understand in some ways it’s the simplest way to share that information with other people, but… it seems a shame for me to classify my body as wrong, because it’s not.” 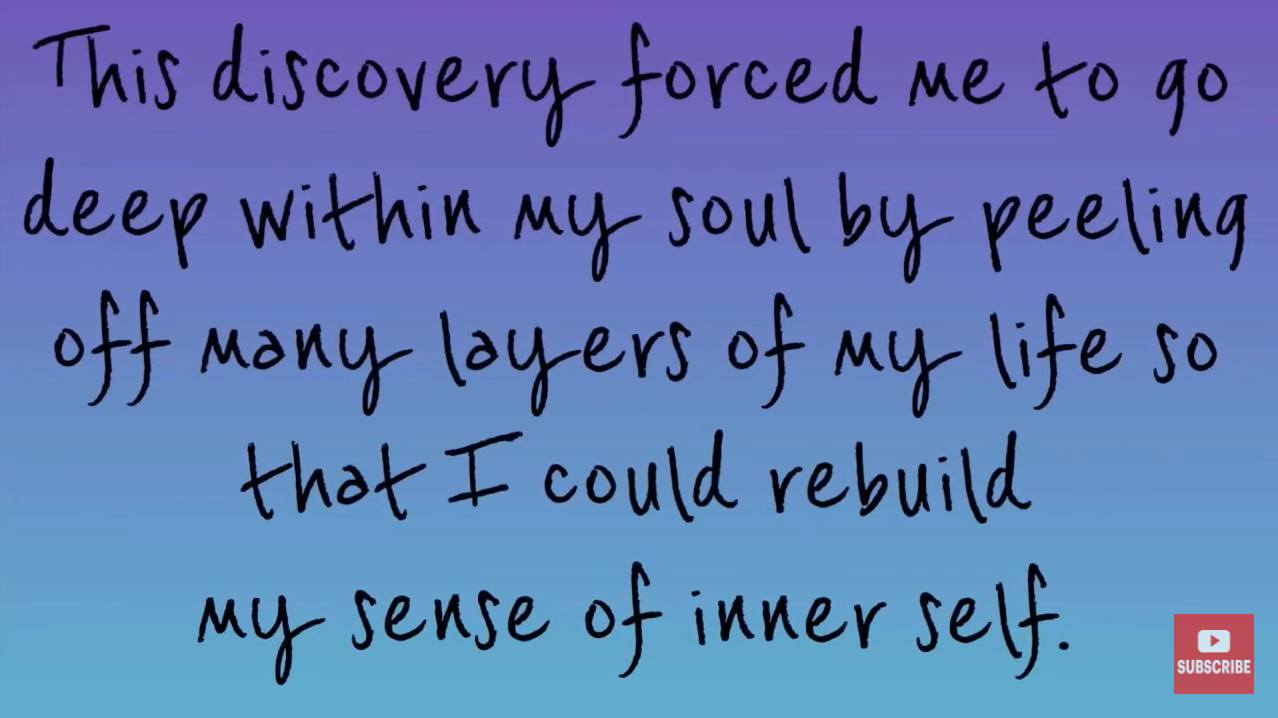