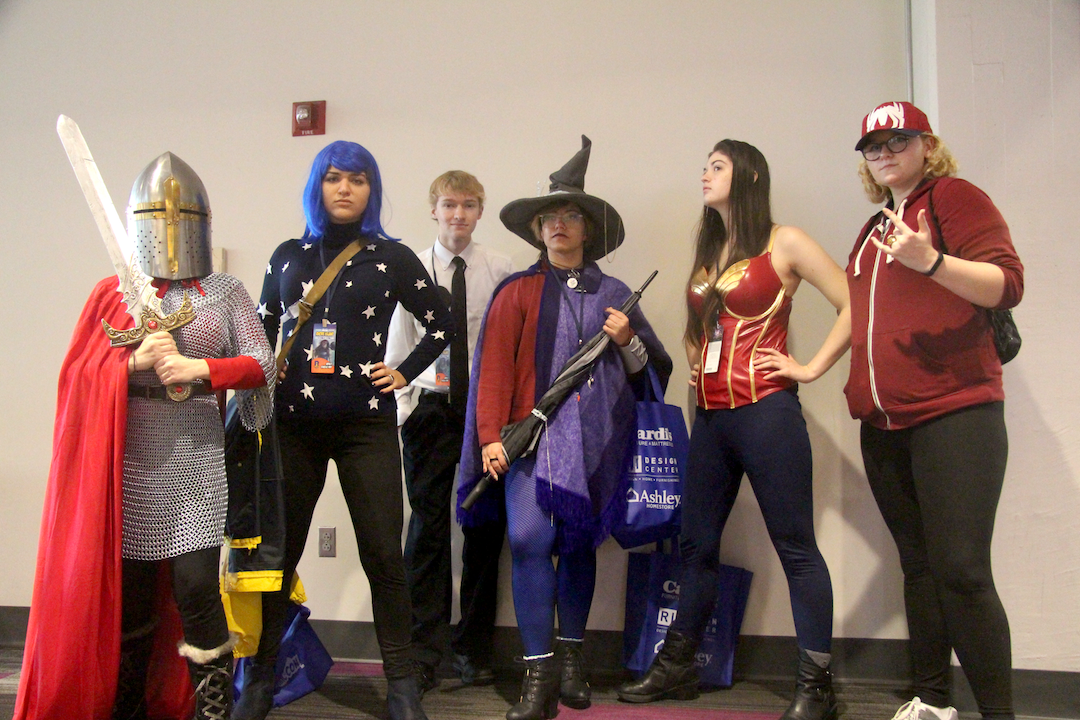 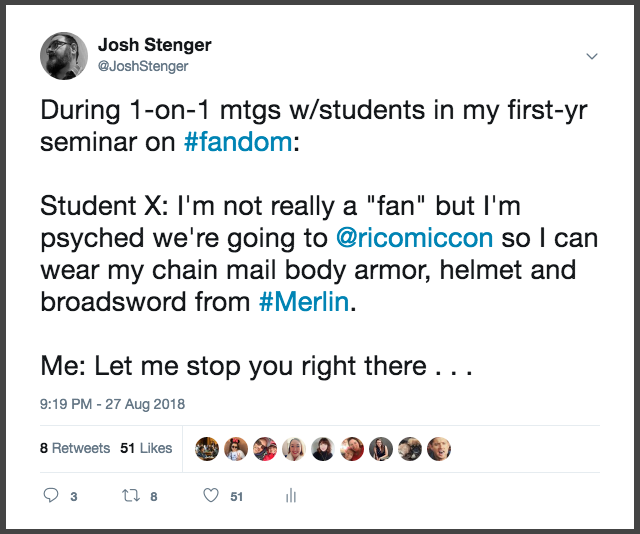 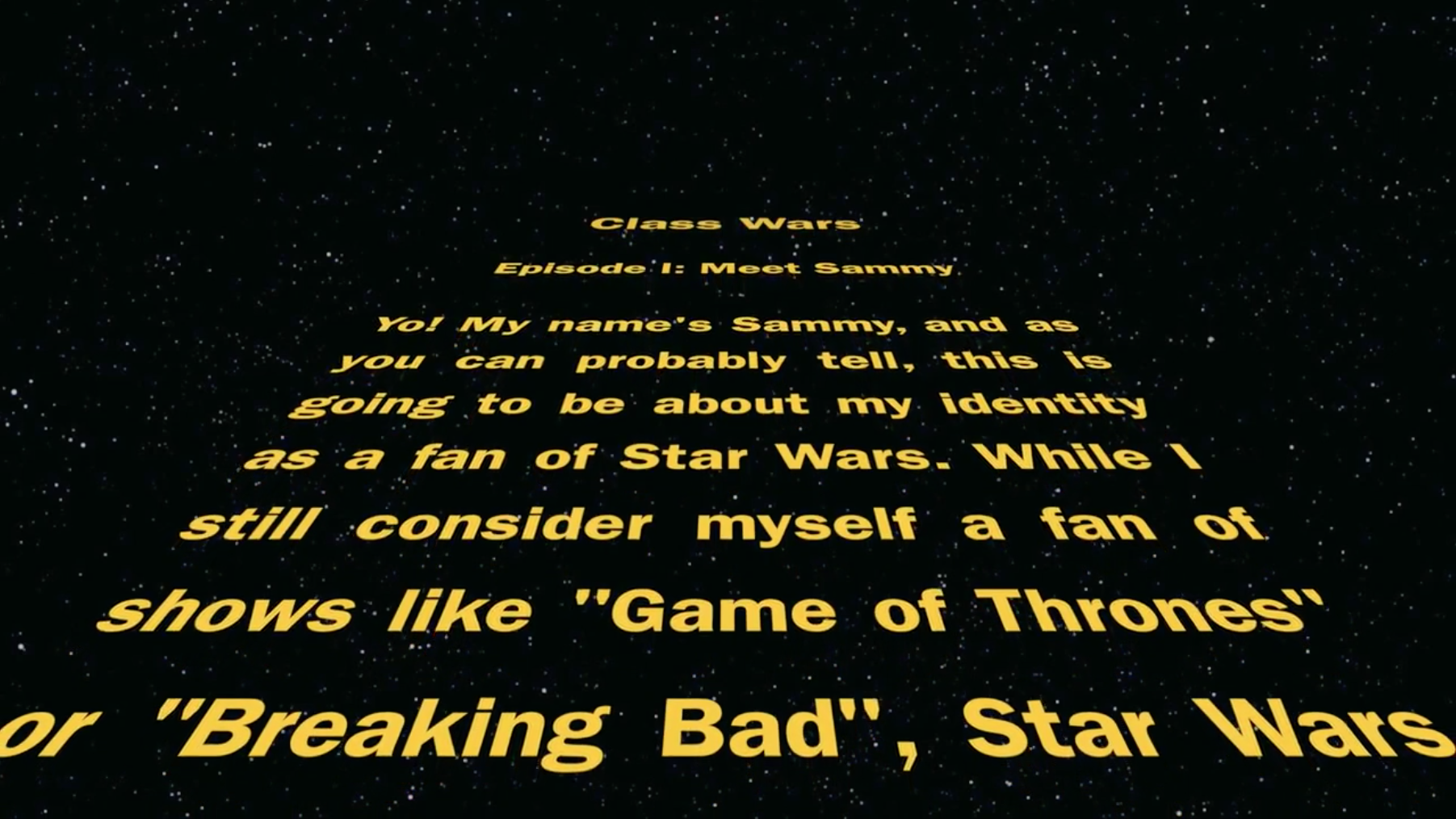 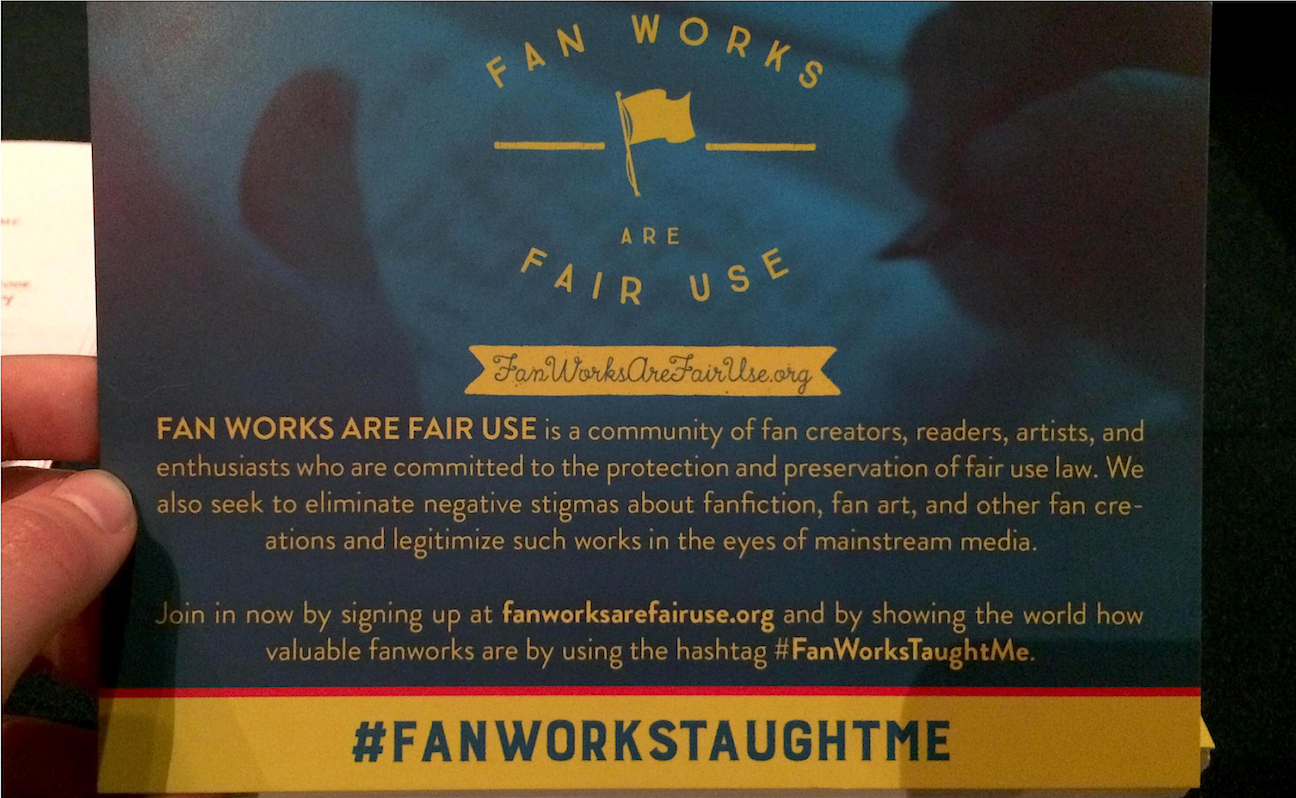 A Twitter search for tweets using the #FanWorksTaughtMe hashtag produced fewer than 300 results.[1] This is a modest number, to be sure, yet more than large enough to reflect a wide range of focus, voice, and even ostensible purpose and perceived audience. In tweet after tweet, users credit fanworks with teaching them to be a documentary filmmaker, a community organizer, a podcaster, a musician, to build worlds and share them, to give and take criticism with grace, to persevere, to respect others even in the absence of understanding them, that their stories and voices matter, that they are not alone, that their credentials don’t necessarily reflect their potential. The list goes on. 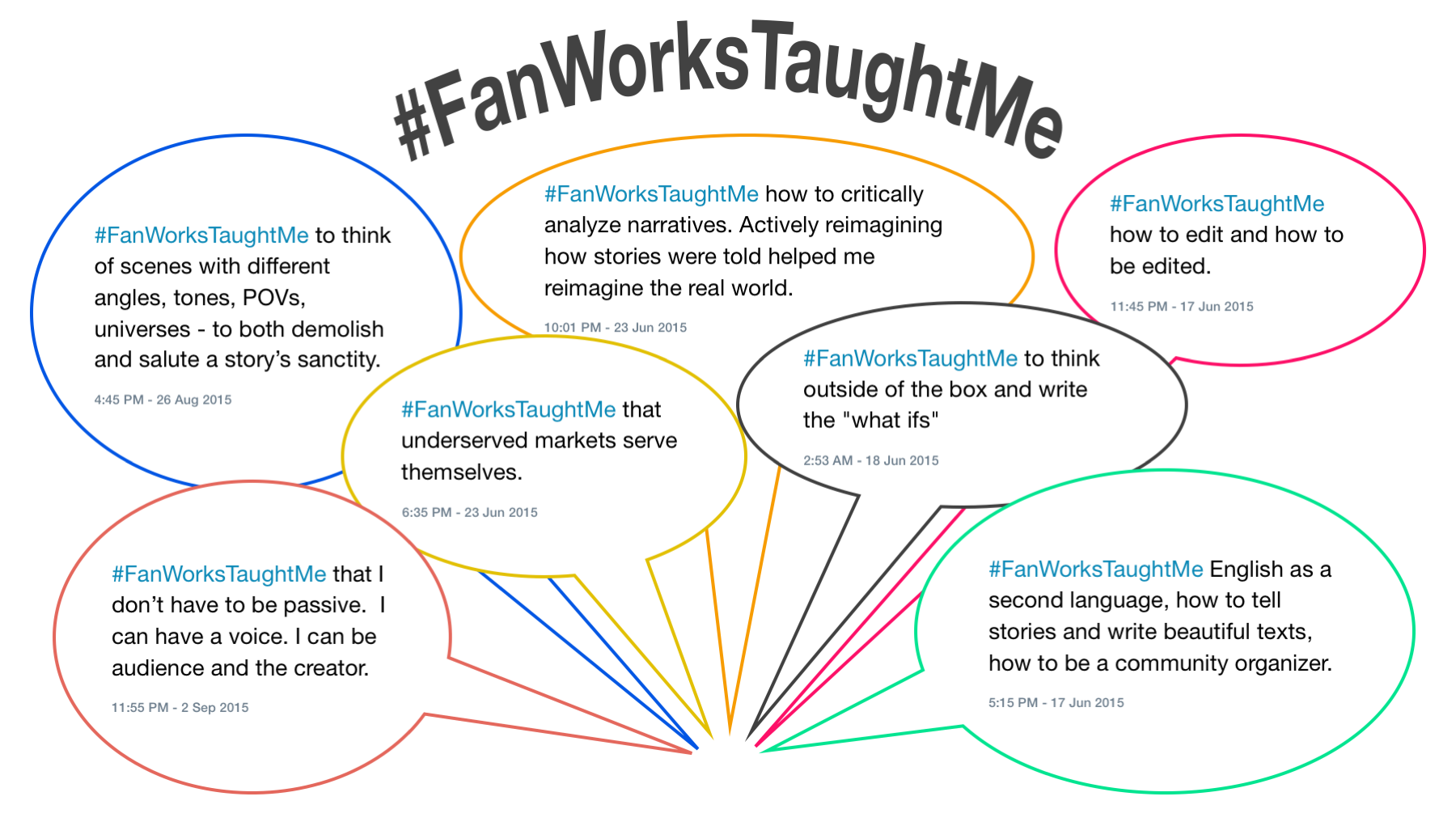 […] a proposition of active social participation in which any non-specialist is empowered to take the initiative to question something within a given discipline, acquire knowledge in a non-institutionally sanctioned way, and assume the authority to interpret that knowledge, especially in regard to decisions that affect our lives.[2]

Like Lawrence Lessig’s discussion of read/write culture,[3] and Henry Jenkins’s application of collective intelligence and popular epistemologies,[4], Pentecost’s construct of the public amateur serves as yet another potent reminder of the growing importance of informal knowledge networks.