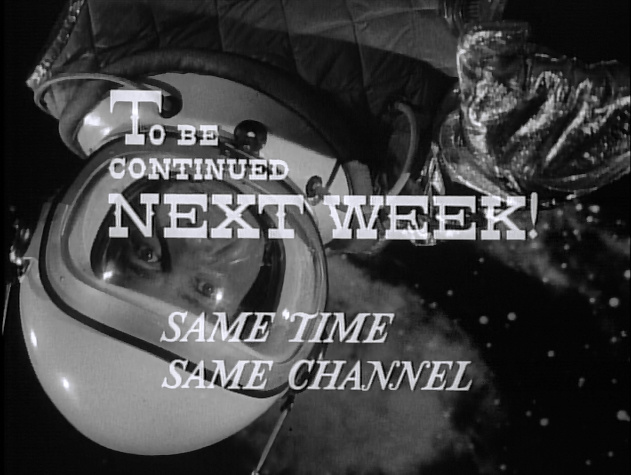 Tune in next week! To be continued. Next time on…

Anticipation is built into TV’s economic and formal structures. Keeping viewers invested in a storyworld goes hand in hand with maintaining ratings and enticing advertisers. Season finales are at the core of this ethos – they generate extra levels of hype, which usually translates into larger viewership. Furthermore, season finales produce the conditions for heightened anticipation during a show’s hiatus. With an increasingly competitive TV marketplace, gaps between episodes and seasons often involve a slow drip of paratextual information [1] from producers and fans, such as teaser images, promos, interviews, trailers, and spoilers, all designed to optimize anticipation. In short, the economic imperatives of the TV industry dictate that season finales must thrive on the ability to perpetuate narrative interest – not satisfy it. [2] 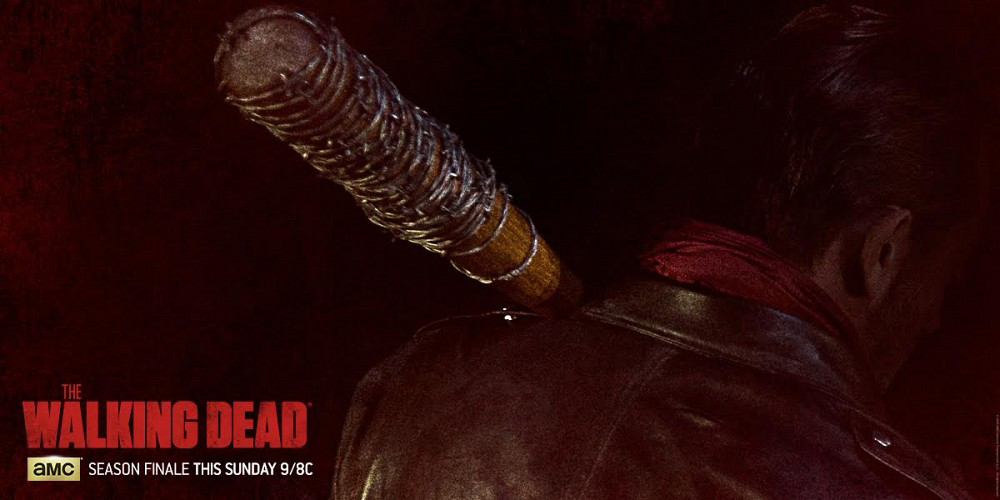 AMC promotion for the Season 6 finale of The Walking Dead

When I sat down to watch “Last Day on Earth,” The Walking Dead‘s sixth season finale, the day after its initial airing, I knew that it would end on a cliffhanger. I’d opened Facebook and Twitter and had seen no “RIP _____” posts, no crying emoji next to a character’s name, and no vague headlines with ominous photos. In this case, the lack of spoilers was the spoiler. So I was not at all surprised when Negan, the newly arrived villain, raised his barbed-wire baseball bat, and the camera switched to an unknown POV, then faded to black as the mystery victim suffered a brutal beating.

Like many other season-ending cliffhangers in TV history, this episode spawned anger, frustration, and a whole lot of anticipation. Despite the fact that viewers overwhelmingly hated “Last Day on Earth,” anger has not prevented them from engaging in diverse methods of “forensic fandom.” Dozens of recaps, shot-by-shot visual analyses, and audio dissections of the scene, as well as websites compiling production information and videos analyzing promotional materials, are dedicated to answering one question: Who did Negan kill? By the time you read this article, we will all know the answer. But I’m not so much interested in the answer as I am in how this cliffhanger seemed to fail on the level of narrative but was so successful on the level of hype. “Last Day on Earth” demonstrates the significance of TV finales, particularly in a traditional (i.e. incremental) TV distribution model. [3]

As key sites of anticipation, finales are essential to how we structure our experiences of televisual storytelling. [4] Even before the prevalence of complex serial TV, finales have stood apart from other episodes in a season; the expectation of higher ratings places pressure on shows to offer something special to their audiences. For sitcoms and procedural shows, that might mean a notable guest star, a big event like a wedding or graduation, or the departure of a main character. For serial dramas, it usually means a major confrontation between opposing forces and some kind of game-changing revelation. [5] In some cases, that revelation leads to a cliffhanger, a dire moment that distills narrative momentum into a single question: Who…? How…? Why…? 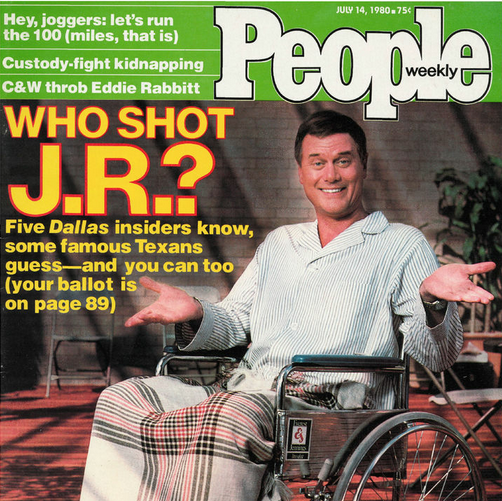 Despite similarities in their patterns of hype, “Who did Negan kill?” is the inverse of “Who Shot JR?”

In “A House Divided,” Dallas’s famous season three cliffhanger, the question of “who shot JR?” gave audiences a mystery to solve; they could consider each character’s motivations and build a case based on narrative evidence. Meanwhile, the Negan cliffhanger does not leave us with a question that we can logically parse out – the apparent randomness of Negan’s brutality is, in fact, the point of the character, and one of the key themes of TWD. While even a literal “cliff-hanger” leaves some room for audiences to consider the strengths of a character in peril and the specificities of the situation in an attempt to calculate said character’s odds of survival, TWD gave us a cliffhanger with no narratively motivated mystery to ponder: it’s pure anticipation for the sake of anticipation.

The failure of this cliffhanger is compounded by other problems with TWD’s season six storytelling. Before the season began, viewers knew that Negan would arrive in the finale. Jeffrey Dean Morgan’s casting as the infamous villain was announced in November 2015, confirming the character’s debut as the telos of the season. Red herrings and circuitous plotting throughout the first 15 episodes resulted in frustration for many viewers, but the promise of Negan and his iconic baseball bat kept us on the hook. The fact that Negan’s arrival was common knowledge meant that, come finale time, the climactic scene contained no real “revelation” or new information to process. In addition, TWD is known for featuring significant deaths in its season (and mid-season) finales, so the cliffhanger betrayed the series’ established logic of storytelling flow. One reading of the final scene would be that when Negan turns his bat on the viewer, he is punishing audiences for their obsession with spoilery moments, perhaps suggesting that some modes of fandom miss the point. But as many viewers have noted, the effect of the scene was not the feeling of shock and excitement that Kirkman claims as the goal, but rather of anger and resentment: “fucking cliffhangers, man.” 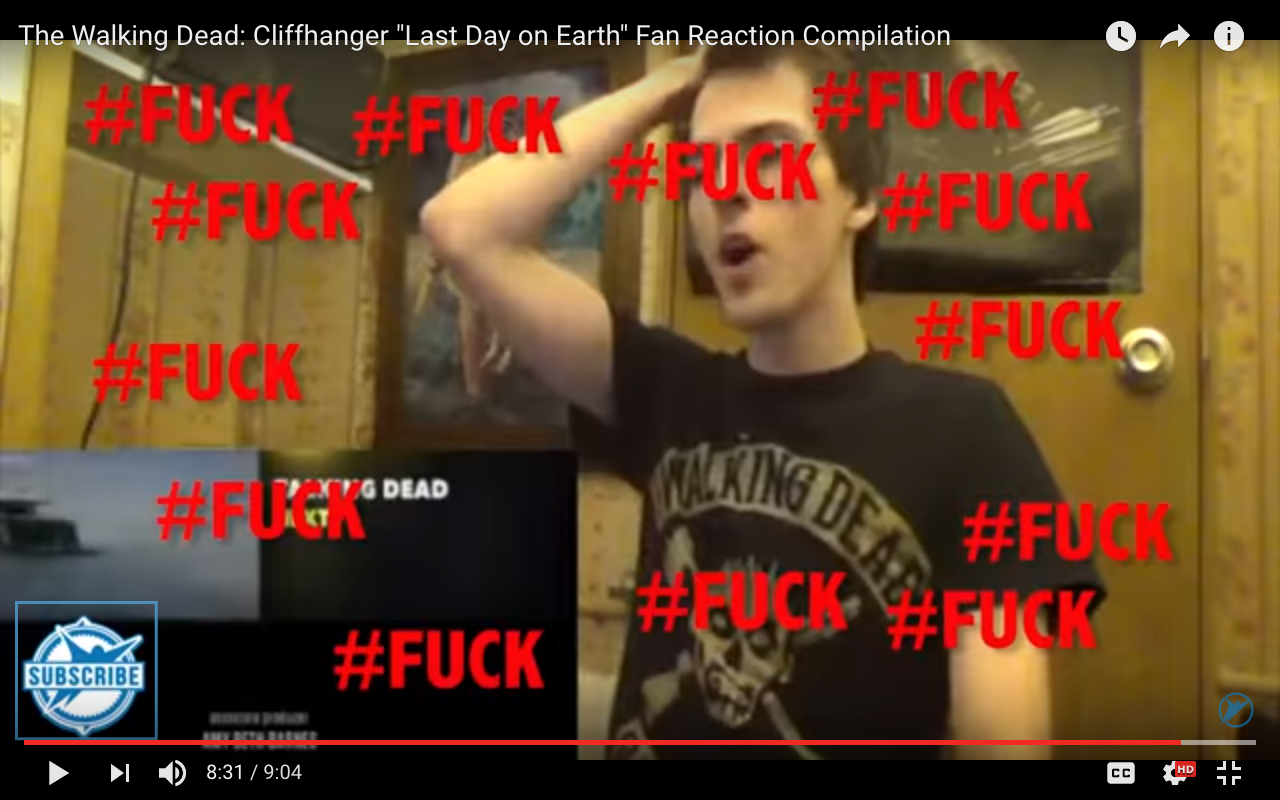 Cliffhangers can sometimes cause anger and resentment

The cliffhanger has an inconsistent reputation – on the one hand, it is considered a cheap trick and is historically tied to the economic motivations of serial storytelling, enticing consumers to buy more narrative. [6] On the other hand, the cliffhanger is a signature element of many “quality” TV series, deploying seriality in the service of narrative complexity. Cliffhangers done right are excellent vehicles for active fandom; they encourage viewers to engage with storyworlds through discussion, debate, and close reading. But “Last Day on Earth” manufactures a “water cooler” topic that necessarily removes fans from the storyworld: the best evidence to build a case for any particular victim would have to come solely from the paratextual realm, based on an actor’s recent haircut, fan favoritism, or adaptation politics. As a lover of storytelling, I see this kind of cliffhanger as a narrative failure; but there’s no denying that it generated an intense response that has resonated through popular media and will likely be converted into financial gains for AMC.

So maybe calling “Last Day on Earth” a failure is unfair and inaccurate. TV experience has always been defined by the intermingling of textual and paratextual signifiers, and the feedback loop between producers and consumers is more transparent than ever thanks to social media. The response to this cliffhanger is indicative of how active fans transcend narrative boundaries, and how the process of production becomes part of the story. But it also reveals the continued pressure on cable and broadcast networks to sacrifice storytelling merit on the altar of ratings. [UPDATE: AMC just released a 3-minute “sneak peek” of the season seven premiere. With 2.5 million views in less than 48 hours, this crucial scene placed out of context once again prioritizes hype at the story’s expense.]