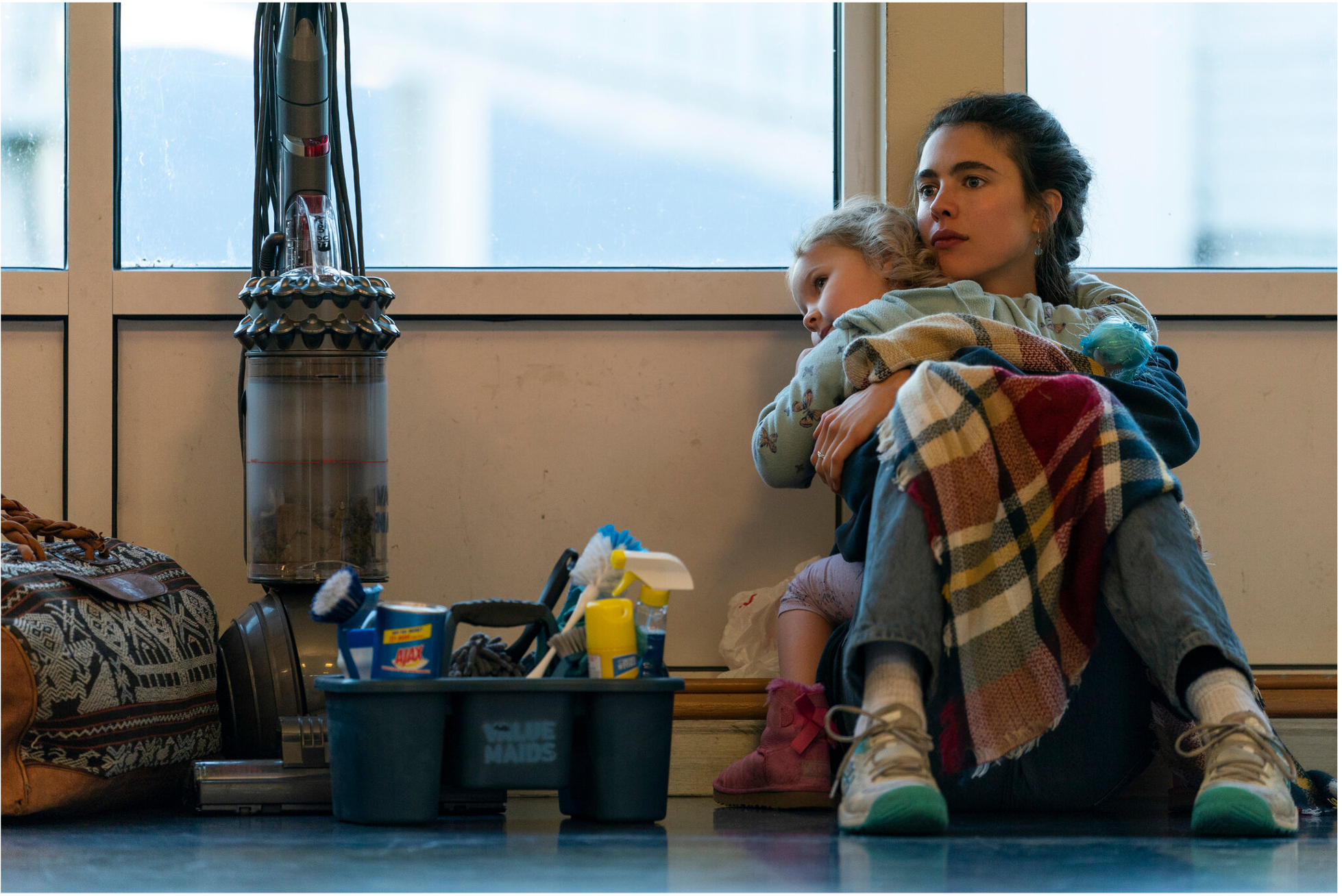 When I teach about inclusive representation, it’s essential for writers to understand how problematic representation is baked into screenwriting paradigms. In this way, I aim to deepen current discussions around on-screen and behind-the-scenes representation—with their requisite quantitative and qualitative analyses—and dive into the ideological commitments built into storytelling structures. Central to such an interrogation of screenwriting norms is an analysis of character and, in particular, the limited ways that agency is conceptualized within a universalist character-design and world-building process. In screenwriting, agency is connected to action in that the protagonist must “cause things to happen,” (Field 2005: 69) usually by dominating opponents and mastering environmental obstacles. Confronting this universalist logic—wherein what a character is and can do are modeled after cis, white men as the universal human prototype—requires screenwriters to rethink Hollywood’s attachment to hero’s journey narratives and dictums around what it means to be an active versus a passive protagonist. If the characters on-screen are going to reflect a plurality of life experiences, we must grapple with how the world acts differently on and towards female, queer, trans, Black, Indigenous, disabled, and other folks with traditionally marginalized and intersectional identities, and how that impacts what is perceived as agential action.

While watching the Netflix series Maid (Netflix, 2021), I was struck by how deftly the series depicts the burden of agency within a white-supremacist, heteropatriarchal society decimated by “organized abandonment” (Gilmore 2022: 303-308). Maid follows Alex (Margaret Qualley) as she digs her way out of poverty and domestic violence to find a sustainable life for herself and her daughter, Maddy (Rylea Nevaeh Whittet). A moment in episode 6 stands out. By this point in the series, it’s well-established that Alex is in a rough spot, having left an abusive partner with no money, no support, and a growing understanding that social services can only help her in limited ways. Each time Alex earns or spends money, we see a special effects tally of her dwindling funds that reminds us of the tenuousness of Alex’s situation. No penny is unaccounted for or taken for granted. In this episode, Alex is working to get her daughter into a competent daycare program. Her friend Nate—a male friend who has been helpful but might have ulterior motives—tells Alex that he’ll put in a good word for her at the daycare his children attend, but there’s a catch: she has to reside on the very expensive Fischer Island to be accepted. Throughout the series, housing has been precarious for Alex: when not moving in and out of her abusive and alcoholic boyfriend Sean’s (Nick Robinson) trailer, she lives temporarily in a shelter, in her bi-polar mother Paula’s (Andie MacDowell) RV, on the street, or sporadically with friends. To secure housing on Fischer Island, she must find a landlord willing to take TBRA (Tenant-Based Rental Assistance) vouchers, which involves lengthy bureaucratic hoop-jumping. After multiple rejections, Alex convinces a lesbian couple with a studio apartment on their property to rent to her. It’s one of the first moments in the series that feels hopeful for Alex, but, of course, it can’t last. 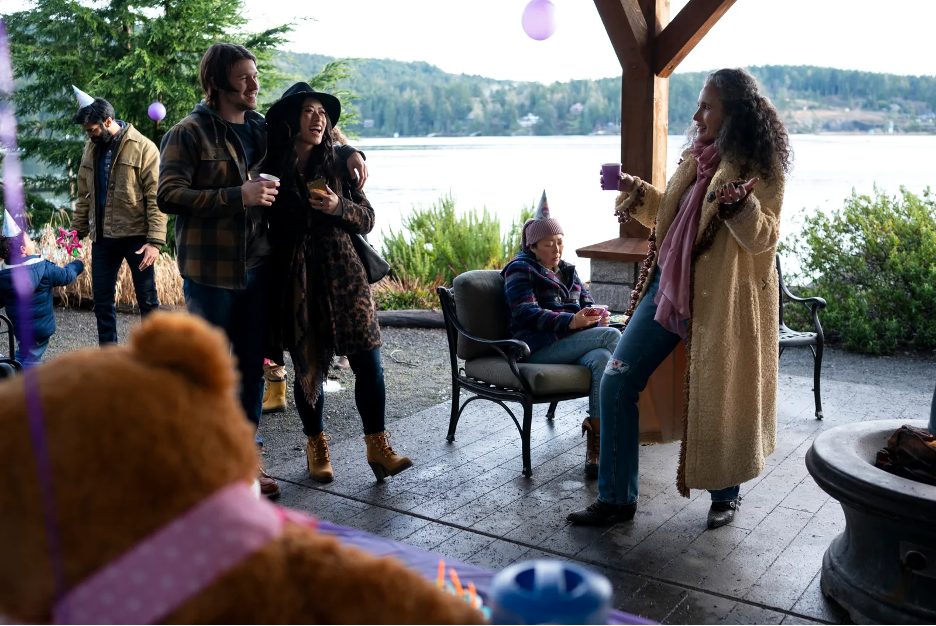 Once settled, Alex throws a birthday party for Maddy on her landlords’ property. What begins as a small, kid-focused party shifts dramatically when Sean, his new girlfriend, and a few of his friends arrive, and then again when Alex’s mom arrives late, after missing the ferry. Though Paula promised to do face-painting for the kids, she becomes fixated on booze. Alex doesn’t have any. Paula insists, pressuring Sean, whose girlfriend calls her friends to come to the rescue. As this situation unfolds, Alex weakly protests and is ignored.  Eventually she turns away, her face contorted in desperate, tearful frustration, but she doesn’t insist.

Alex isn’t a meek character: throughout the series, she takes action and makes difficult decisions, many of which yield little progress. Yet, in this moment of quiet vexation, she falters, and it is her undoing. The next morning, the landlords kick her out after finding Sean passed out naked in their living room, a trail of broken furniture in his wake. And while Alex’s fleeting passivity might be frustrating for the audience, it acknowledges the unbearable weight of agency for those whom society has abandoned. During previous episodes, we’ve witnessed Alex’s herculean efforts—physical, mental, and emotional—to support herself and change her circumstances. She’s taken refuge in shelters, been unhoused, cleaned others’ homes for low (and sometimes stolen) wages, and navigated the labyrinthine bureaucracy of the government assistance system. Throughout it all, she’s degraded, humiliated, abused, and abandoned, not only by the larger system but by her own social network. 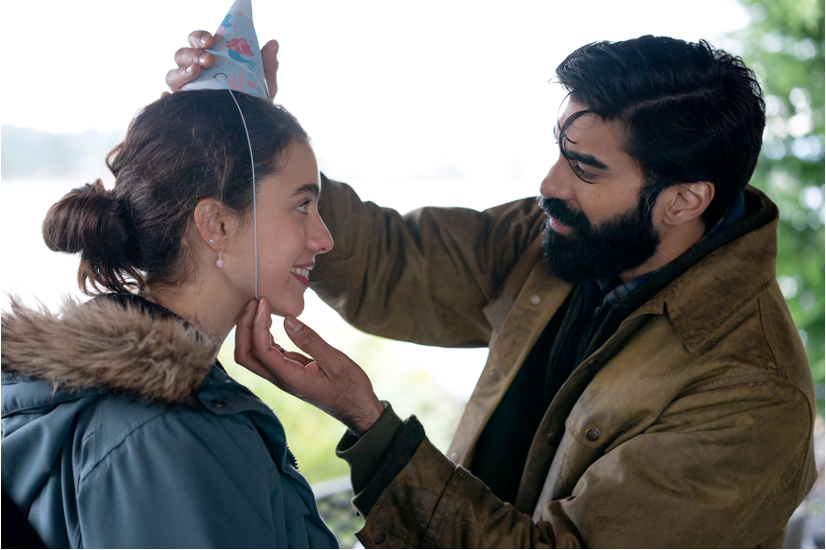 After Alex leaves Sean, her friends and family take his side, which we are skillfully reminded of during the birthday party scene when Alex’s (former) best friend tells her that she’s still friends with Sean because she understands his side of the story. Later, when Paula arrives, she dotes on Sean (as usual) despite knowing how he’s harmed her daughter and grandchild. In the meantime, the landlords scowl at Alex from afar when they see that the party has taken a tawdry turn. The seemingly kind Nate is the closest thing Alex has to an ally, but with that kindness comes strings, as Sean gleefully points out when he arrives, teetering between a possessiveness and taunting that Alex knows well. Alex has no one: all of her decisions, all of her actions, and all of their consequences are hers to bear alone. And sometimes, one more decision, one more intervention is simply too much, especially when you know that no one has your back.

Ultimately, in this episode, we are reminded that Sean’s agency is weightless—buoyant even—as he has a vast network of support from a culture rooted in patriarchy and misogyny. Because of the gender wage gap, Sean easily makes more money than Alex despite doing less consistent work. Because of “himpathy”—Kate Manne’s term for “the flow of sympathy away from female victims toward their male victimizers” (2019: 23)—Sean remains beloved and buttressed by friends and family while Alex is scorned, which results in her further isolation and increased personal responsibility. In short, when Sean relapses at his daughter’s birthday party, he faces no consequences, while Alex is once again houseless. For Alex, and many women in her situation, one moment of “passivity” or “weakness”—of giving in to the fatigue or distress that accompanies a life of poverty and abuse—has devastating consequences, which, it’s important to note, in this case are still mitigated by the fact that she’s a cis, white, able-bodied woman.

In contrast to many series that boast a “strong female lead,” Maid is a female-centered series that doesn’t ask the main character to succeed despite her gender and circumstances; instead, it takes the expectation off her shoulders to supersede her situation and instead depicts a reality related to how hard it is to live in that existence. Overcoming the obstacles in preparation for one final battle isn’t the goal, because for women on the margins the obstacles one encounters aren’t designed to level you up, but to grind you down. Maid acknowledges that. And for Alex and women in real life who share her experience of abuse and poverty, that recognition is more important than a misguided lesson on what it means to be a hero.