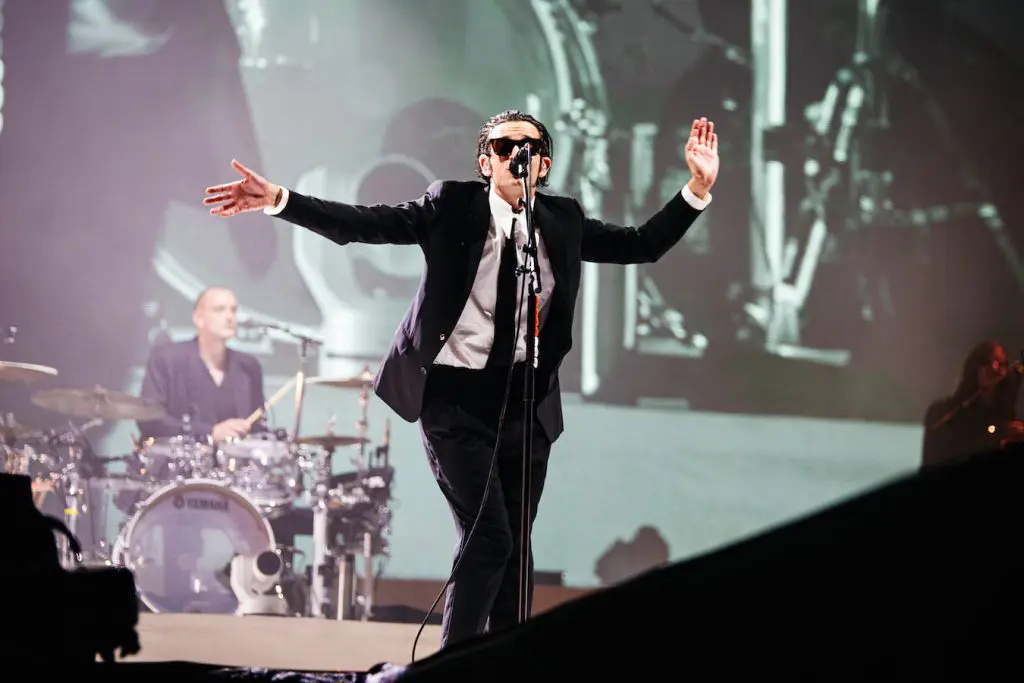 Three weeks ago, in between moving over 1800 kilometres across the country for an academic job and actually starting said academic job, I found myself doing what all good millennials do in moments of panic: indulging in some harmless 2000s nostalgia. Perched on the couch in my still-mostly-empty house, the brand new sound of ocean waves battering the coastline less than 500 metres from my front door, I pulled up a fancam of the 1975’s last-minute Reading Festival set and settled in to self soothe with a few familiar songs and some of the quippy stage banter that had been flitting across my TikTok feed for the past several days.

Reader, I stayed for the full 90 minutes.

In the midst of a stacked set list, it’s something that lead singer Matty Healy said as a quick aside that has stuck with me. “Arctic Monkeys and the [1975] in the same weekend,” Healy joked. “Get your Doctor Martens and your fishnets and your vinyl and your Tumblr aesthetics — get ‘em all out.”

For anyone who’s even a little bit online, the so-called indie sleaze revival is old news. Since mid-2021, major outlets have been mirroring trends on faster-moving media like TikTok and Instagram and advising us to dust off our American Apparel, ditch our hard-won middle parts, and get ready for the inevitable recycling of late-2000s style dubbed “indie sleaze.” 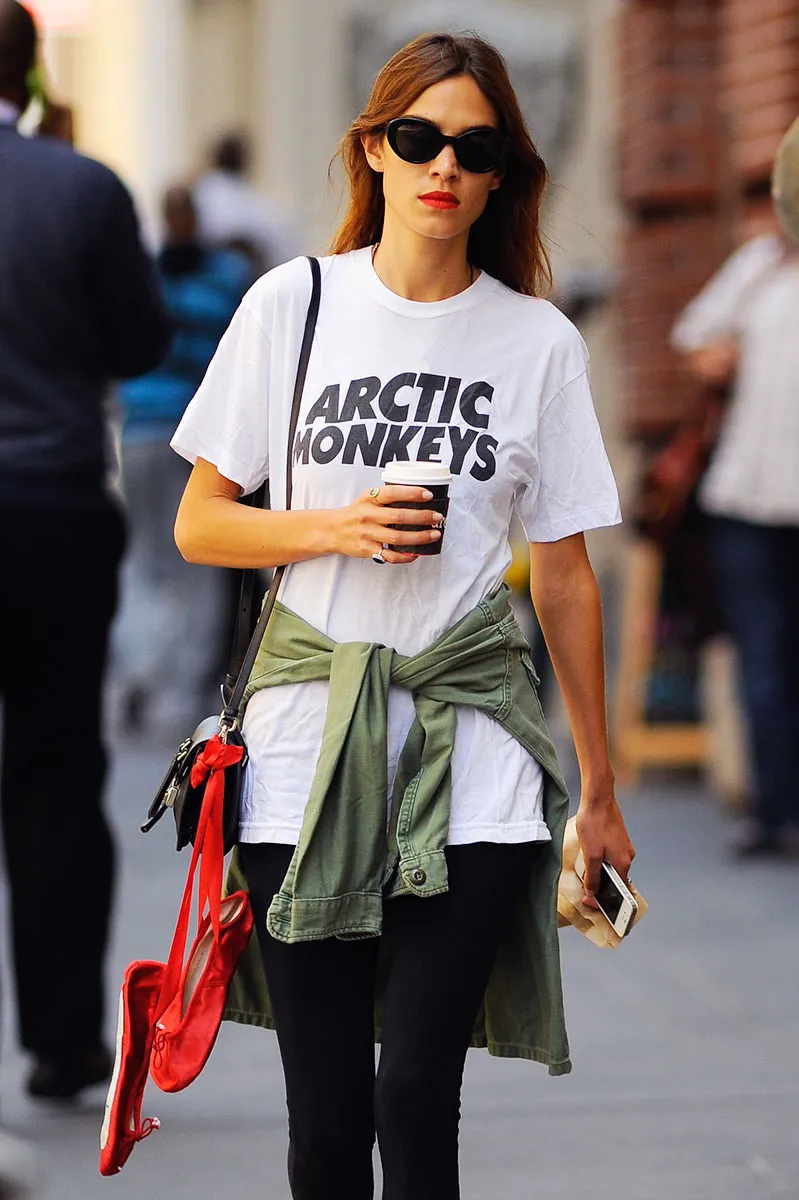 As many of these articles note, however, approaching the indie sleaze revival wearing rose-coloured chunky Ray-Bans is a huge mistake. As Arielle Richards points out in a piece for VICE, the same soft grunge Tumblr aesthetics that are being touted as part of this revival rely on the romanticization of disordered eating, self-harm, binge-drinking, and “heroin-chic style idols […] who were so glamorous, pale and waif-like in ways I knew I could never be.” For many of us, revisiting to the beauty standards of the late 2000s feels like undoing the minute progress of the interim 15 years of fat activism, celebrity feminism, online sharing cultures, and beyond.

An equally disturbing but far less talked about aspect of late 2000s culture that I haven’t yet seen named in indie sleaze coverage is the rampant misogyny that made these scenes less than safe spaces for the very fans that kept them going. The same week that 1975 smashed their Reading set, Pitchfork published some fairly damning allegations of sexual assault against lead singer of Arcade Fire, Win Butler. These allegations echo earlier revelations about indie rock darling Ryan Adams, from the sheer volume of alleged encounters to the decades that both singers went before facing any kind of public accountability.

I’ve seen diehard fans of both artists grapple with what it means to have a deeply personal relationship to music produced by people who have caused harm. I’ve seen queer, female, and racialized fans who came of age in these scenes express that revelations of various forms of violence have become so commonplace that they’ve moved past feeling any kind of shock at all. And I’ve spent perhaps too much time thinking about the types of masculinities and partners that a steady diet of these types of music cultures can produce — to borrow a quote from one of my favourite music writers, Hanif Abdurraqib, emo and indie music cultures too often frame misogyny “more as process than problem” (2017, 73).

On the rare occasion that these more disturbing aspects of 2000s indie cultures do register on our collective cultural consciousness, the uptake has been… weird. In my dissertation, I wrote about the widespread cultural backlash against 2009’s cult classic Jennifer’s Body, a film marketed as a sex comedy but ultimately rooted in the darker and seemingly timeless themes of messy female friendships and the role of teen girls as bargaining chips in rock bands’ quest for musical legitimacy. “Do you know how hard it is to make it as an indie band these days?” asks Adam Brody, who donned smudged eyeliner and a perma-smoulder to play Nikolai Wolf, lead singer of the film’s fictional band Low Shoulder. Wolf and the other members of Low Shoulder kidnap Jennifer Check (Megan Fox) and sacrifice her in hopes of achieving long-awaited indie rock stardom, unknowingly creating a half-demon succubus and kicking off the film’s mad scramble towards resolution as Needy Lesnicki (Amanda Seyfried) is left to piece together what has happened and curb the ensuing bloodbath. Reviews of Jennifer’s Body mocked screenwriter Diablo Cody’s glib dialogue, complained about the lack of sex appeal, and contended that the film suffered from an underwhelming monster in the form of Jennifer. It wasn’t until the film’s overdue reappraisal and cult status in the late 2010s that the cultural discourse finally hit upon what a certain segment of Jennifer’s Body audiences had intuited all along: the real monster of the film is the banal, absolutely quotidian misogyny that saw indie culture “use women as inspiration but also silence them simultaneously.”

As scholars of camp have noted, the “camp effect” tends to occur when cultural products of an earlier moment have lost their power and become available, “in the present, for redefinition according to contemporary codes of taste” (Ross 1989, 5). This question of timing goes all the way back to Susan Sontag’s original “Notes on Camp.” The process of “ageing or deteriorating” provides “the necessary detachment,” she tells us, to consume with delight that which may have once made us indignant (1964, 523). If camp hinges on a “failed seriousness” (Sontag 1964), the failed sacrifice that Jennifer’s Body audiences are meant to revel in is symbolic of the bigger failure of self-serious indie rock musicianship. And for a music culture whose legacy includes scores of sexual assault allegations alongside the much-mocked skinny jean, we need all the depictions of that failure that we can get.

I don’t know if it’s too much to ask of the indie sleaze revival to consider the harmful norms and toxic masculinities these scenes produced alongside their dissection of the era’s fashion and hit songs. I often see these conversations happening simultaneously, in different pockets of the internet — one centred on tongue-in-cheek TikToks, one centred on waves of #MeToo-esque retweets that rock my Twitter timeline all too frequently. Here is what I do know: if we can find it in ourselves to reimagine late-2000s style minus the sartorial nightmare that was the low-rise jean, we can figure out a way to have a conversation about the music and other formative media of the 2000s while simultaneously acknowledging how those same indie subcultures were complicit in harming marginalised fans and audiences.

We need to grapple with the ugly parts of 2000s indie cultures if we are ever going to reclaim them fully, and that — far beyond busting out our best Tumblr poses and throwing on a limited-edition vinyl — deserves a place in this larger project of indie sleaze revival.

Abdurraqib, Hanif. They Can’t Kill Us Until They Kill Us: Essays. Columbus: Two Dollar Radio, 2017.