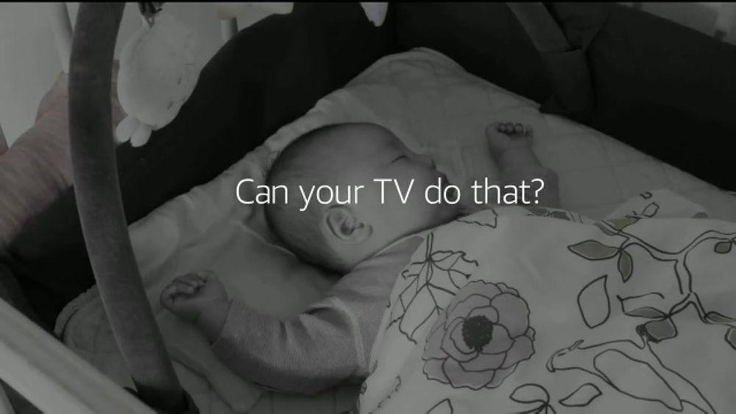 When we think of the everyday technologies threatening our privacy at home, we might first think of our smartphones, listening in for an offhanded mention that maybe we need a new mattress. Or our smartwatches tracking and selling our vitals to the highest bidder. Or our laptops, with a post-it note fragment covering our webcam. Low on the list might be our Smart TVs, whose surveillance capabilities can seem fairly innocuous. It’s just for entertainment, right? But of course, since the full convergence of television and internet technologies in the past two decades, our TV sets and streaming platforms continuously collect data about our media consumption. Smart TVs may have webcams of their own or be networked to larger home security systems. By bringing these protocols and practices into our homes in perhaps less obvious, or less obviously political, ways, television helps to domesticate surveillance.

But television surveillance did not always seem so innocuous. When television first entered American homes in the mid-twentieth century, its visuality was new among household technologies and so invoked fears of being seen by this new device. Media historians suggest that early discourses of TV as the “window on the world” were regularly reversed into anxieties that TV could also serve as a “window on the home,” particularly in light of Cold War satellite surveillance.[1] And with fears of television’s capacity to expose domestic life circulating in public discourse, anxiety often revolved around gender and TV’s potential to upset traditional gendered power relations in the home.[2] But as our mainstream technological landscape has drastically changed to incorporate more and more networked technologies into everyday life, the character of television’s surveillant capacity has changed with it.

Corporations selling domestic surveillance technologies rely on us believing that we are getting more than we are sacrificing. Those companies must sell consumers on a particular notion of home, of family, and of privacy itself in order for us to buy and buy into their products and services. One of the ways that they do so is by offering the consumer, or the technology user, various forms of control. Perhaps indicating that public anxieties around gender and technology haven’t changed as much as we might like to believe, advertisements tend to sell the control offered by television’s surveillance capabilities, in particular, in deeply gendered terms that reinforce traditional and dated notions of separate spheres.

The most explicitly masculine ads, for instance, feature action heroes using the power of high-tech TV to master…something. A 2016 Super Bowl commercial for an LG Oled Television titled “Man from the Future” features Liam Neeson as the mysterious titular character. Dressed in a sleek suit at an equally sleek bar, he encounters a young man and tells him, “There is a revolution coming… The future is staring back at us like a perfect picture on glass. And this future, it must be protected.” Accompanied by fast-paced, futuristic music, the young man becomes the action hero in a dystopian digital maze, protecting a briefcase from unidentified pursuers who, according to Neeson’s dramatic, if nonsensical, voiceover, “want to stop it… because the future belongs to us.” As the young man outraces them on a motorcycle, he opens the briefcase, and releases a cloud of pixels that form a flat-screen TV identified as the LG Oled. Neeson repeats, “The future is staring back at you,” hinting that he is the young man’s future self, but also aligning the television’s gaze with the future. The ad does not specifically reference any particular feature of the LG Oled TV, though the image emphasizes its sleek appearance and the tagline on screen reads “The Future Begins.” Here, the valence of television’s ability to look back is about mastering the future, looking outward, not inward. The LG Oled TV becomes a sign of public-facing luxury, high-tech mastery, and control.

A 2017 commercial for Amazon Fire TV

But while men control the future, women control their families. In a 2017 commercial for Amazon Fire TV, a plug-in device that allows for streaming and voice control of a television set, the viewer is quite literally put in the position of a young heterosexual couple watching the 2015 horror film The Witch. Our screen is their screen, as we watch a scene from the film in which a young woman plays peekaboo with a baby. Upon the baby’s sudden disappearance from its crib, a man’s voice from outside the horror film’s diegesis cuts in: “Nope, don’t like that.” A woman gasps dramatically, and the man commands, “Alexa, pause.”  The film on screen pauses and the Amazon Fire TV logo appears at the top of the screen. From offscreen, the woman playfully berates the man for choosing this film, and herself commands, “Alexa, show me the baby room camera.” The screen cuts to black-and-white footage of a baby sleeping peacefully, indicating that the stream has switched seamlessly from the film to a baby monitor feed, both necessarily wired to the same internet network. The woman breathes an audible sigh of relief, as the man tells her, “See? She’s fine.” A peaceful lullaby plays and the text on screen reads, “Can your TV do that?” The text then promises, “All your favorite TV and movies plus Alexa,” as the man requests, “Alexa, find comedies.”

Far from the futuristic vision of Liam Neeson’s LG TV, here, what we see is driven by maternal care. The surveillant gaze is collapsed into the maternal gaze. Amazon emphasizes technological convergence that implies a fully networked (and fully Amazon-branded) home. The consumer watches a film available on streaming service Amazon Prime, uses an Alexa-enabled baby monitor, and engages Alexa to facilitate their easy movement between them. Television becomes a home surveillance system offering security through spectatorship, and networked technology in the home serves, specifically, to secure the family. At least within the confines of this 30-second ad, there is no threat to privacy here, only a mother empowered by surveillance within her control. Alexa does only as she commands. 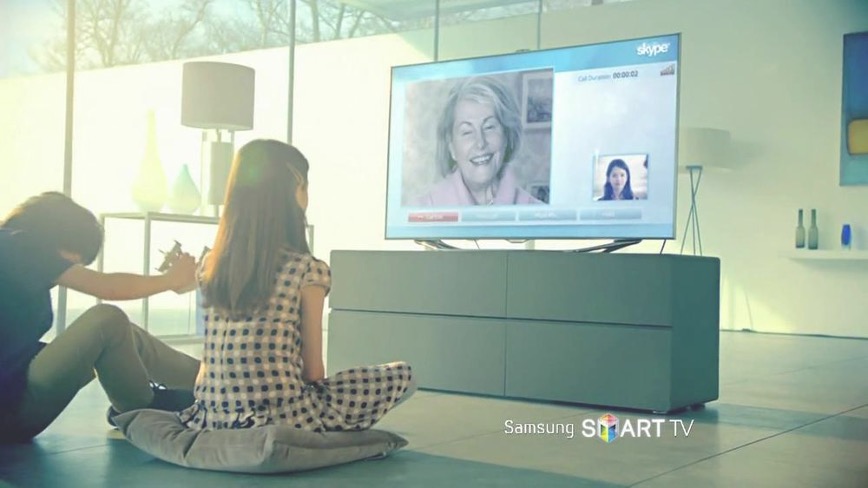 Numerous commercials repeat and adjust these gendered formulas. Daniel Craig as James Bond evades the gaze of a mysterious woman’s many networked cameras and screens in an ad for Sony’s Bravia TV, tablet, and other devices. A Samsung Smart TV ad depicts a suburban mom using her smartphone to monitor and limit her teenage son’s media consumption, as he streams from his tablet to the Smart TV in an effort to outsmart her. Other suburban moms in other ads catch and avert their daughter’s front-porch kiss with the help of a home security camera networked to the TV, or use the Smart TV to facilitate their children’s Skype conversation with grandma. If, as Lynn Spigel suggests, such advertisements provide a “blueprint for our sense of home in the digital age,”[3] the contemporary private sphere has been redesigned to incorporate the surveillant gaze of Amazon, or Samsung, or Google. Instead of posing a threat to the traditional gendered power dynamics of the family, television surveillance can now secure the normative family by empowering women as mothers to care for their children. Television, it seems, domesticates surveillance and women at once.