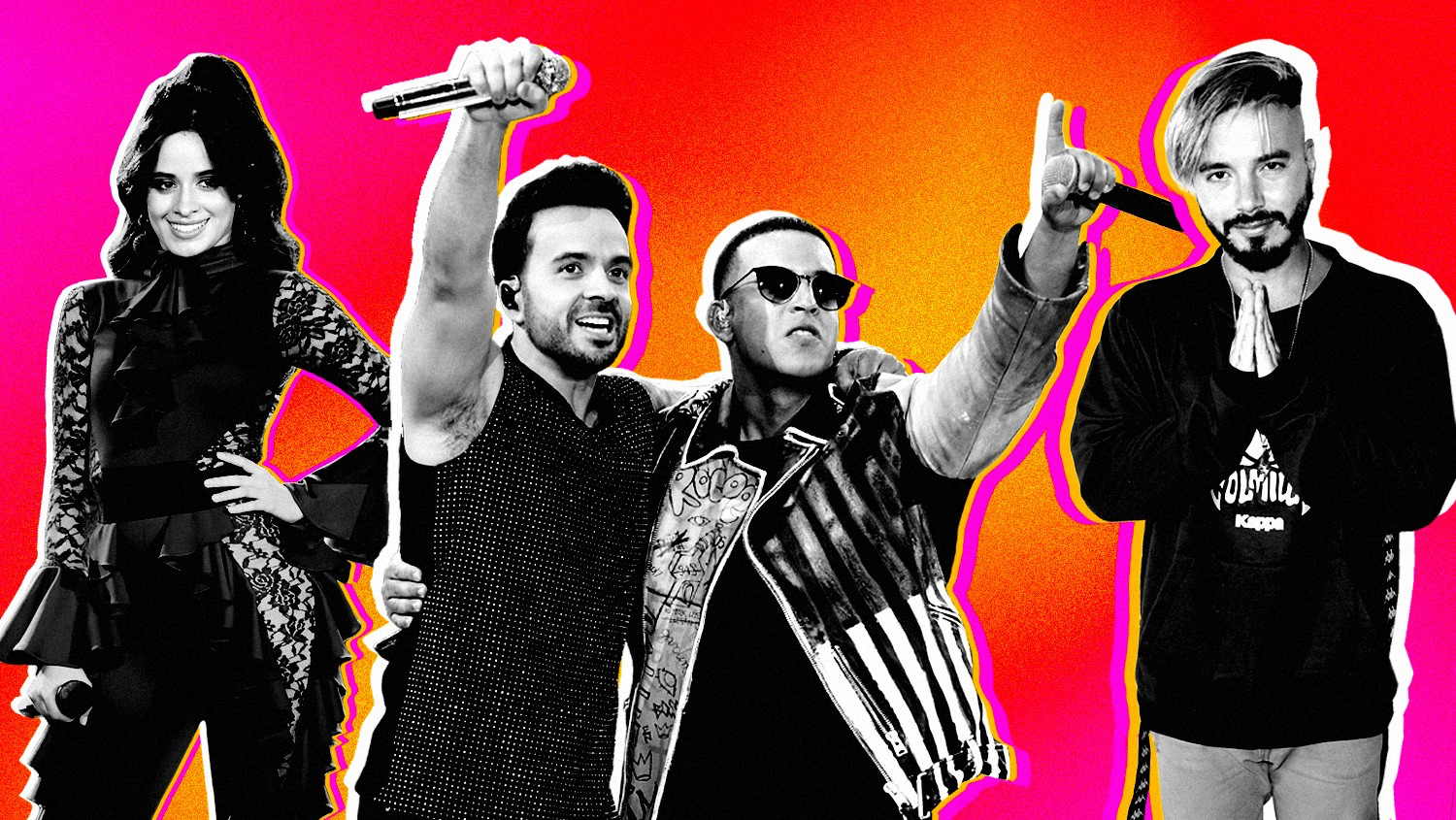 Since the 1990s, Latin music has “crossed over” to the English-speaking US mainstream each decade. The late 1990s saw the emergence of the “Latin Explosion” in the US with artists like Ricky Martin, Shakira, Selena, and Jennifer López. In the mid-2000s, Daddy Yankee filled up the US airwaves with “Gasolina.” More recently, Latin artists such as Bad Bunny, Ozuna, J Balvin, Luis Fonsi, Daddy Yankee, and Maluma “took over” the US mainstream music in 2017. As Reebee Garofalo and Steve Waksman (2014) have noted, “The term crossover refers to that process whereby an artist or a recording from a secondary or specialty marketing category […] achieves hit status in the mainstream market. Although recently the term has been used simply to indicate multiple chart listings in any direction, historically it connoted movement from a marginal category to the mainstream” (p.9). As María Elena Cepeda has argued, crossover narratives produce ambiguous discourses where the English language media “discovers” already-established artists, while simultaneously, constructing them as a threat. Although the term “Latin Takeover” reproduces the racial anxieties of invasion similar to the rhetoric of the 45th US president, my concern here is with crossover narratives as a result of the industry’s definition of the mainstream based on consumption metrics.

After the “discovery” of “Despacito” in 2017, trade publications, music magazines, and the popular press released numerous articles about Latin music’s crossover into the US mainstream. For instance, in an article titled “How Latin Went Mainstream, and Why It Will Continue To Happen in 2018,” Billboard Latin division Vice President Leila Cobo (2018) provides empirical evidence of the prominence of Latin music in the Hot 100 in comparison to previous years. The year 2017 became an exceptional year for Latin artists due to 1) the “universally appealing” and “language agnostic” danceable Caribbean rhythms; 2) the collaborations “between Latin acts, and between Latin and mainstream acts” which pulls diverse audiences together, and 3) the increasing consumption of Latin music through streaming services like YouTube and Spotify.

Particularly, YouTube became the most important platform for Latin artists as they amassed billions of plays in their music and lyric videos in 2017. In comparison to 2016, where only four Latin songs made it onto the charts and three songs in 2015, 2017 figured as an exceptional and spectacular year for Latin (read Spanish-language) acts in the US as 19 Latin songs reached the Hot 100 (not end-of-year charts). Thus, quantifiable data serves as an empirical index to argue for a crossover phenomenon. Here, the Hot 100 chart functions as a representation of the mainstream. The mainstream is equated to the analysis of recollected data from a popularity measuring tool designed by Nielsen Music (now MCR Data). Hence, the construction of the mainstream as a social category depends on the production of charts and their respective data sources, recollection, and analysis.

Although it seems like a banal and trivial concept, the mainstream is not an innocent nor inconsequential category. As a popular music marketing category, the mainstream influences the decisions of industry professionals, it garners attention and coverage of artists in the popular press, and constructs the perceived relevance of a particular phenomenon in the broader popular culture. As a category that permeates the popular music business culture, the mainstream influences textual and industrial practices. In popular music, the mainstream often refers to an inclusive category comprised of multiple stylistically diverse songs that appeal to the broadest possible audience. However, as Jason Toynbee (2002) proposes, this category is an ongoing social formation. Rather than being a coherent category based on a specific music style, the mainstream is a process constituted by social forces and specific material practices. One material practice that currently transforms the mainstream is charting music’s “popularity” (read profitability). The music industry has made efforts to map out the mainstream by recollecting and analyzing quantifiable data such as album sales, jukebox plays, radio play, digital downloads, and streams. The interpreted data constitutes the music charts, which discursively represent a “democracy of taste” as it reflects the listeners’ consumption of their preferred songs, artists, and albums. 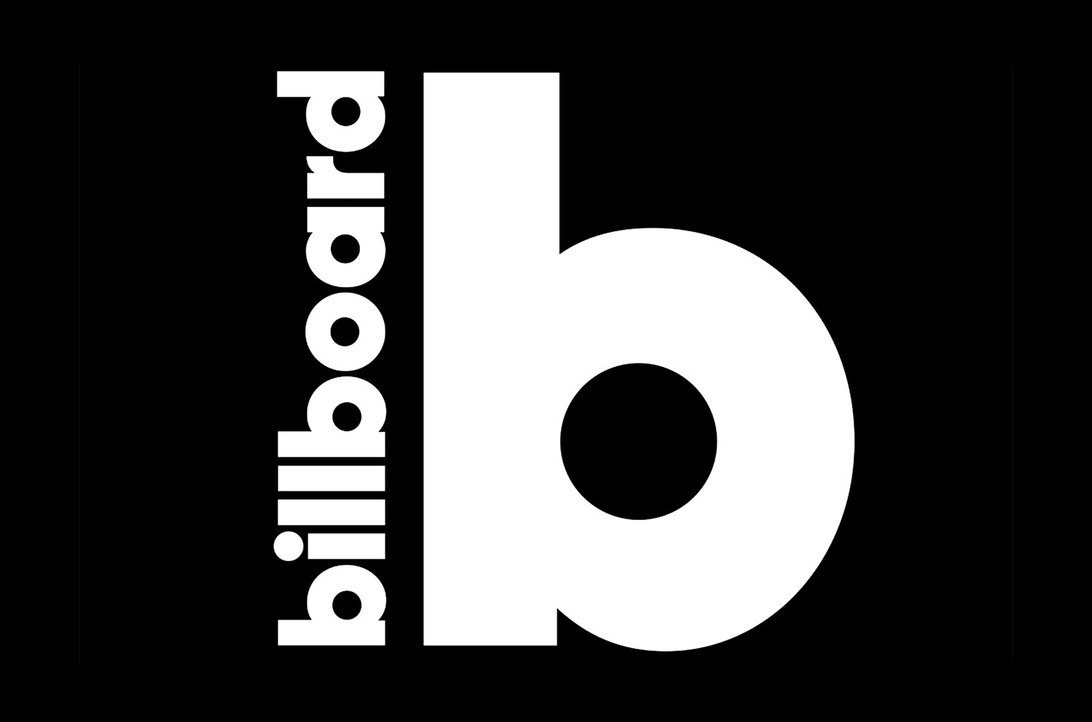 One of the most influential institutions defining the mainstream is Billboard magazine. As Harrison and Arthur (2011) point out, Billboard is considered “the dominant trade magazine within the music industry [providing] a unique and important look into the internal struggles over definition, placement, and meanings that have accompanied the incorporation of new musical forms into the 20th– and 21st– century world of music commerce” (310). With its recollection of recorded music sales data, reports of the music industry’s deals, and coverage of music media events, Billboard has created a market information regime that informs the music industry players, music journalists, and invested fans about the ongoing industrial configurations—such as mergers and acquisitions, artist deals, new technologies, songs and album releases, regulatory developments, and music sales charts—of popular music in the US. Mainly, Billboard’sweekly published music charts serve as data sources for music journalists who report on historically specific consumption trends, record-breaking songs, artists, and albums, and exceptional consumption behaviors as it happens in “crossovers.”

Billboard has informed the music industry’s definition of the mainstream since its first charting attempts. Since the inception of Billboard’s charts, the trade press has made serious attempts to discursively construct their charts as scientifically sound, accurate, and reliable. Throughout the decades, changes in technology and business models in the music industry have forced Billboard to refine its data collection methodologies to maintain its position as a reliable source for the music industry.

Out of the 250 weekly charts published by Billboard, the Hot 100 is the trade publication’s signature chart. The Hot 100’s particularity resides in its hybrid nature, as it combines data from different recorded music markets into one single chart. Over the decades, Billboard has updated its data sources, recollection methodology, and the weight of each component in determining a song’s “popularity” in the US territory. In its initial launch in 1958, Billboard’s Hot 100 combined three of their existing charts—“Best Sellers in Stores”, “Most Played by Jockeys”, and “Most Played in Juke Boxes”—into one chart. Although the early Billboard’s charts had many flaws in their design, N. Anand and Richard Peterson (2000) note that “The Hot 100 was touted as complete, accurate, up-to-the minute information useful to all in the field as a reliable predictor of future sales” (272). By 1991, Billboard’s attempts to accurately map out the mainstream improved by incorporating SoundScan’s point of sale data from chain record stores, independent retailers, and discount and department stores. However, with recent changes in music consumption patterns, thein physical record sales, and the introduction of digital distribution technologies, Billboard exclusively counts data from radio plays, digital downloads, and audio and video streams for its Hot 100 chart.

Currently, Billboard’s challenges do not reside in data recollection—as digital services provide a central database of their digital sales and streams—but in calculating the weight of each component constituting the data. For example, digital downloads carried greater weight in determining the Hot 100 until 2014. Since 2014, streaming became the most important factor in Billboard’s Hot 100 formula. While digital audio stores decreased their sales, streaming services began to grow their profits and influence in the configurations of the music industry. However, not every streaming service carries the same weight. Until mid-2018, Billboard ‘s Hot 100 chart points were divided into two tiers: 1) on-demand streaming services such as Amazon Music, Apple Music, Spotify, and YouTube; and 2) programmed streaming in services like Pandora and Slacker Radio. The “on-demand” streaming plays carried greater weight. However, as the “Latin Takeover” took place in 2017, Billboard announced new changes in its methodology.

In the 2018 implemented methodology, Billboard divided streaming services into three distinct categories with different weights to each tier.

Billboard claims that the shift to a multi-level streaming approach to Billboard’s chart methodology is “reflective of a global push to measure streams in a revenue-reflective and access-based manner.” Billboard’s push to privilege paid subscription tiers and services reflects the trade publication’s attempts to inform industry professionals with a metric of the most profit-generating songs and genres. The commodification of recorded music in multiple streaming services produces different profit rates depending on their streaming paying rates. Citing a 2016 report from the Recording Industry Association of America (RIAA), music journalist Elias Leight (2017) discusses that “Apple pays an artist between $12 and $15 per 1,000 streams, while Spotify pays roughly $7 and YouTube pays approximately $1”. Thus, genres that YouTube viewers mainly consume—like hip-hop and Latin music—get disfavored compared to other genres that do well in paid subscription services like Apple Music.

Senior Vice President of Charts & Data Development at Billboard, Silvio Pietroluongo, provides an overview of Billboard’s charts and their methodology in 2020

In its attempts to map out the mainstream, Billboard asserts that popularity does not necessarily correspond to profits; and, as a trade publication, they privilege revenue over streaming count. In this articulation of the mainstream, the “democracy of taste” is a democracy that privileges the taste of paying consumers and users of specific streaming services. However, we have yet to see how this decision has transformed the Latin music industry and its attempts to remain in the mainstream or if we will see a waning influence of Latin music in the US mainstream.

Garofalo, Reebee. 1997. Rockin’ Out: Popular Music in the USA. Boston: Allyn and Bacon.

Leight, Elias. “Latin Music is Reaching More Listeners Than Ever – But Who is Represented?” Rolling Stone, November 15, 2018. https://www.rollingstone.com/music/music-latin/latin-pop-urban-reggaeton-trap-755772/

McCourt, Tom and Eric Rothenbuhler. 1997. “SoundScan and the Consolidation of control in the popular music industry.” Media, Culture, and Society, 19: 201-218.