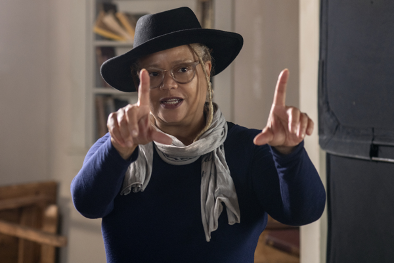 An “epiphany” is how filmmaker Kasi Lemmons describes her decision to direct her debut film Eve’s Bayou (1997). Lemmons recalls, “One day—it was my birthday—I had an epiphany. I woke up and I thought, ‘Somebody else is going to fuck it up.’ So, I decided that I was the person to deliver the film.”[1] Her epiphany was spot-on. Lemmons’s film went on to win numerous awards. Renowned film critic Roger Ebert referred to it as “one of the very best films of the year.” It became one of the highest grossing independent films of 1997, and it was ultimately inducted into the National Film Registry, in 2018, for its cultural significance.

Eve’s Bayou tells the story of the Batiste family—a wealthy Creole family living in Louisiana in the mid-1900s. The film is told through the eyes of Eve Batiste, who is 10 years old when the story takes place. Over the course of the story, Eve comes to the realization that she has the gift of sight, like her Aunt Mozelle and other women in her family. One of the first glimpses of Eve’s ability to see the future occurs when she wakes up suddenly after having a vision of her Aunt’s husband’s death before she hears of his death from others. 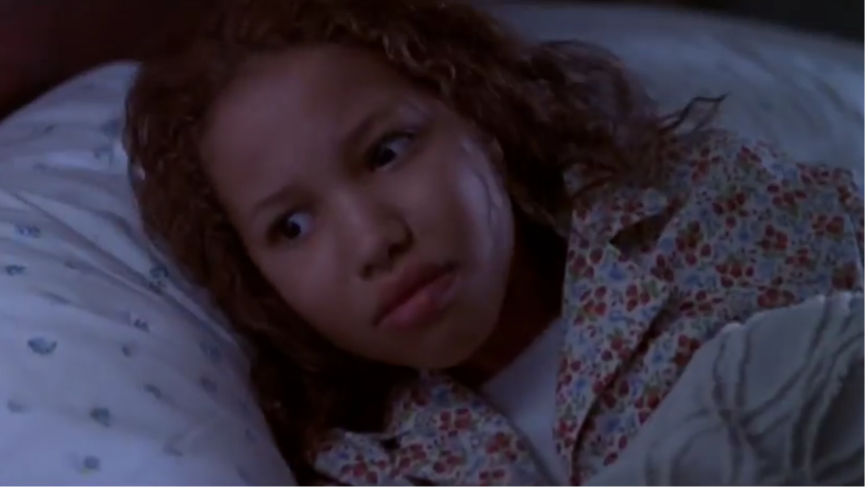 Eve (Jurnee Smollett) awakened by a vision in Eve’s Bayou

It is not a coincidence that the scene of Eve being awakened by the vision of her uncle’s fate is reminiscent of the way that Lemmons describes waking up with the epiphany that she was the right person to direct her film. There is a similar unwavering internal sense of knowing and feeling something deep inside that Lemmons describes experiencing herself and that she made visible in her envisioning of Eve (and Mozelle). 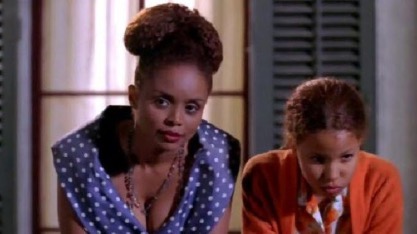 Over twenty years after writing and directing Eve’s Bayou, and directing several other films, Lemmons’s appreciation and respect for the intuitive knowledge of women is again evident in her film Harriet (2019), a biopic about the life of activist and abolitionist Harriet Tubman (which Lemmons directed and cowrote with Gregory Allen Howard). One integral element of the film’s narrative is that Tubman experiences visions that provide invaluable insight into the best path forward during her rescue missions.[6] Lemmons was inspired by the visions that Tubman experienced and centered them as a source of spiritual knowledge and empowerment for Tubman throughout the film: “The most profound part of her to me was [Tubman’s] spirituality…I didn’t really look at her as a mystic, but I do now,” she explained.

The relationship between Lemmons’s intuition and creative work is further illuminated by scholar Judylyn Ryan. In Ryan’s Spirituality as Ideology in Black Women’s Film and Literature, she explains that it is absolutely essential to acknowledge Black women’s ways of knowing when making any attempt to interpret the art of Black women. Along these lines, when Lemmons was asked about the role of her own “spiritual intuition” during an interview about Harriet, she acknowledged the significance of intuitive ways of knowing in her life and cinematic art: “I have analyzed my own visions and have tried to recall what they looked like or felt like to me. That’s been an ongoing process, and anybody who knows me knows that I have one foot in some other place…so it wasn’t that difficult for me to take Harriet at her word when she talks about her visions.” 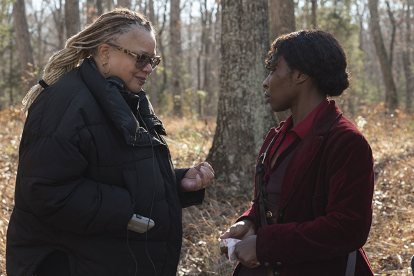 Lemmons’s Eve’s Bayou and Harriet foreground the power of Black women being in touch with the forms of knowledge that lie within the “deeply female and spiritual plane” that Lorde terms the erotic. Eve’s Bayou has been declared a testament to the way that “sometimes films can venture into the realms of poetry and dreams.” If Lemmons has one foot in some other place, then the dream-like narrative of Eve’s Bayou reflects her effectiveness at manifesting her spiritual vision on screen. As Judylyn Ryan argues, Black women filmmakers use film “to unmask other realms of experience—the realm of the hidden past, and the realm of the hidden/suppressed dimensions of the present.”[7] In both films, Lemmons emphasizes the power of spirituality as a feminine resource utilized by Black women to reveal insights into uncharted dimensions. 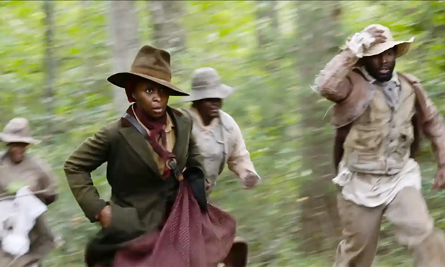