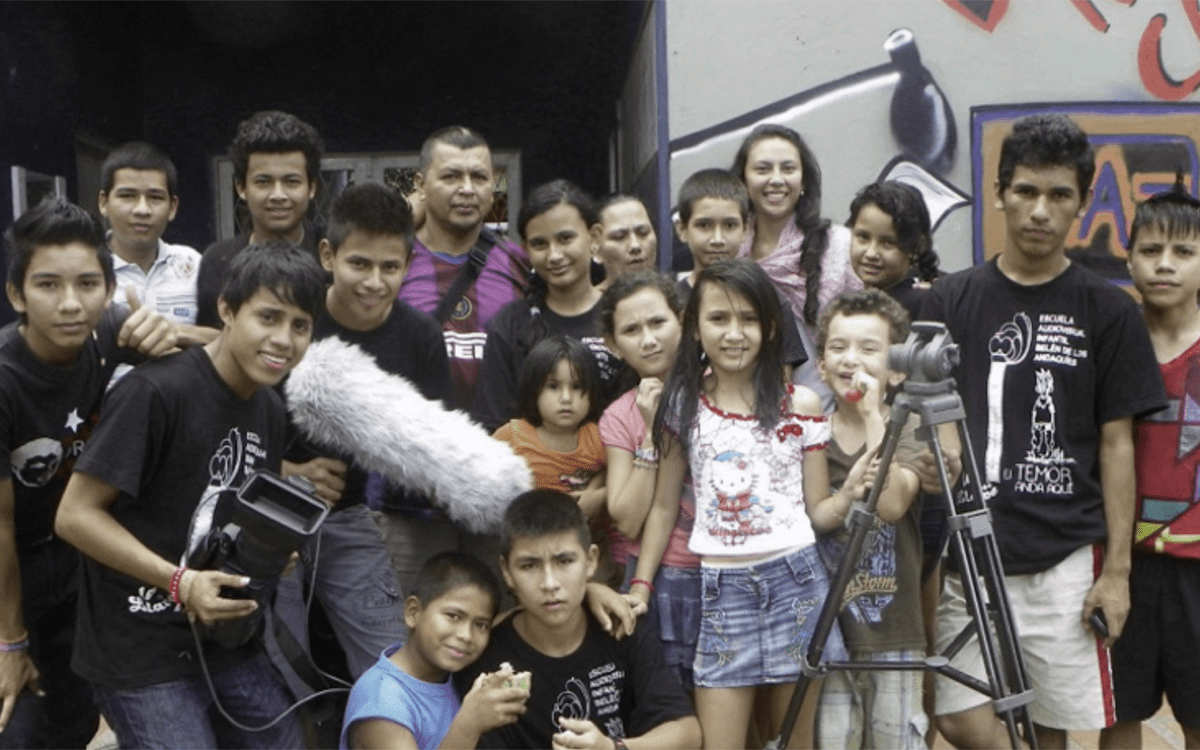 Media literacy is a contested term. Since its creation in the 20th century, its definition and goals have been debated by academics, practitioners, activists, and policy makers. Because media literacy encompasses people’s abilities to access, retrieve, understand, evaluate, use, and create information, its definition is ideological, and fluctuates according to different understandings of society, participation, and technological change. Despite the disagreements, at the turn of the century, a consensus on the fundamental principles of media literacy (access, analysis, evaluation, and content creation) was established through the publication of manifestos (U.S. National Leadership Conference Media Literacy, 1992), national public policies (U.K. Communication Act, 2003) and curricula in the Global North countries (Ontario, Canada Language Curriculum, 2006) and through declarations of international organizations (UNESCO`s New Directions in Media Education, 1990, and Twelve Recommendations for Media Education, 2007). Today, the term is used globally and promoted by international organizations like UNESCO and the European Union through policies, curricular frameworks, and assessment metrics that are applied in different countries and regions.

The promotion of media literacy, its principles and curricula around the world reflects the power asymmetries that have shaped the globalization and digital transformation processes. Media literacy, as a term, has been established mainly in English speaking countries from the Global North. There is extensive literature on the theory, practices, and methodologies of media literacy in countries such as Canada, the U.S., the U.K. and Australia. In contrast, in contexts of the Global South like the Latin American region the term (and its translations to other languages) has rarely been investigated, introduced in the public discourse, and embedded in curricula and national policies.

The power asymmetries that have positioned media literacy as a universal concept can be understood as part of a long term process of colonization that suppresses other knowledges and practices. This process has imposed an eurocentric and western epistemology that, with the flags of modernity and civilization, has continued the historical course of colonization around the world reproducing logics of domination, imposition, and exclusion over populations and subjects that historically have been segregated and marginalized (Santos 1995;  Mignolo 2000; Quijano 1999). Colonization has naturalized not only epistemic hierarchies but also hierarchies related to race, culture, gender, and territories. As several proponents of the decolonial turn have argued, it is necessary to transgress such power asymmetries through critical reflection and analysis, and open spaces for other epistemologies that have been developed in situated contexts from the South (Santos 2011; Mignolo, 2005; Grosfoguel, 2007). That is, knowledge and practices emerging from the lived experiences of “the other,” the colonized subjects and collectives.

Taking a decolonial turn, in this article I re-discover Educomunicación (in Spanish), a Latin American tradition and movement of media literacy that, integrating the fields of education and communication, and with an emphasis on sociocultural transformation, has empowered subjects through dialogue, critical reflection, creative action, and collaboration.

Dialogic Pedagogy: The Roots of Educomunicación

Educomunicación emerged in Latin America in the midst of the political and cultural context of the 1960s and 1970s characterized by the criticism of cultural imperialism, economic dependency, and modernization. Addressing the tension between domination and emancipation several Latin American intellectuals, practitioners and activists developed knowledges and practices that sought to solve the conflict in favor of liberation and autonomy. Hence, as other knowledges built in Latin America during that period of time such as Popular Education, Dependency Theory, and Participatory Action Research, Educomunicación emerged as an alternative paradigm for reconfiguring power asymmetries. 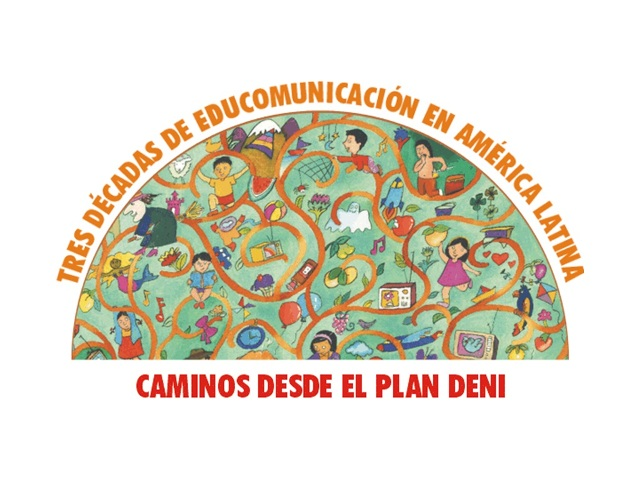 We find the roots of Educomunicación in the works of Paulo Freire (1973, 1974, 1976), a Brazilian pedagogist who proposed an alternative model of education that could replace the european-industrial-modern one. Instead of assuming education as an unidirectional process where learners are passive receptors of content and knowledge, Freire proposed a dialogic model based on reciprocal, interactive, and horizontal relationships among learners, educators, and the world. According to Freire dialogue needs to be at the center of the education process. Dialogue is what allows educators and learners to develop critical thinking, collaborate in the creation of knowledge, become aware of the world and, ultimately, transform it. “To be dialogical” Freire (1973) wrote, “is not to invade, is not to manipulate, it is not to impose a slogan. To be dialogical is to insist in the constant transformation of reality.” Freire’s dialogic pedagogy is political and ethical. Its main goal is emancipation, the liberation of subjects through the development of critical awareness (concientización) and creative communicative actions situated in specific socio-cultural contexts.

Educomunicación focuses on the process that allows learners to participate and collaborate in the collective construction of meaning and knowledge, and not in the instrumental use of media technologies. Integrating communication and education, this process is interactive, reciprocal, horizontal, participatory, and relational (Aparici 2010; Barbas 2012; Trejo Quintana 2017; Gutierrez 2019). Its principal goal is to empower subjects through dialogue, critical reflection, collaboration and creative communicative actions (Hleap 2014; Oliveira Soares, 2000; Valderrama 2000). According to Mario Kaplún (1998), an Uruguayan researcher and theorist who worked on several Educomunicación initiatives across Latin America, “to be educated is to get involved and participate in a process of multiple communicative interactions.”

In the last five decades Educomunicación interventions have been developed not only across Latin America but also in Spain and Portugal, opening spaces of opportunity that empower indigenous, ethnic, rural, and other subjects that have been historically marginalized. From community radios in Argentina, Bolivia, Ecuador, Nicaragua and Peru to youth audiovisual schools in Colombia, and interventions in public schools in Brazil and Mexico, the diversity of initiatives reveals the transformational impact of Educomunicación practices and methodologies in local contexts and populations.

Radio Andaquí and the Escuela Audiovisual Infantil (Children Audiovisual School) in Colombia, provide a fascinating example of the positive impact of Educomunicación on rural youth and adults living in a challenging context. These two projects are situated in Belén de los Andaquíes, a small town of the southern Colombian province of Caquetá at the Amazonian foothill. During the 1990s, Caquetá became a battlefield of the Colombian armed conflict, a territory disputed by guerrillas, paramilitaries, and the national army. 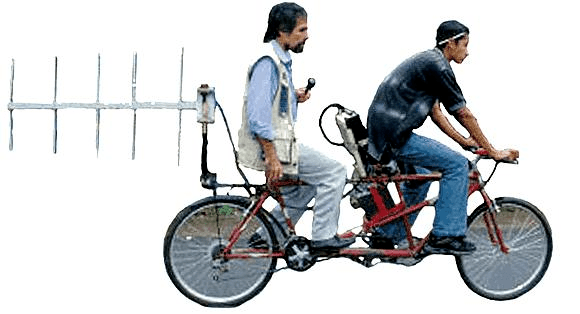 Caught in the middle of the war, people from Belén de los Andaquíes found in the practices of Educomunicación creative strategies to resist violence, create resilient spaces, and empower themselves as active subjects. In 1996, leaded by the local educomunicador Alirio Gonzales, they created a community radio station (Radio Andaquí) that allowed them to rise their voice as citizens and to re-appropriate their territory through non-violent conversations and storytelling (González y Rodríguez, 2008). The station closed the microphones to the armed actors and the war news, and opened a communication space where adults and youths could create their own programs and projects, establish conversations, and discuss their local problems with respect and solidarity. In order to collaborate with all members of the community and reclaim their territory, participants invented the Radiocicleta (composite of radio and bicycle in Spanish), a device that, carrying a mobile radio broadcasting system, allowed them to bring the microphones to the streets and other public spaces.

Later, in 2005, answering a request made by a group of children who wanted to make films, Alirio Gonzales started the audiovisual school (Vesga Pérez 2019). This initiative created a learning space where youth could make media projects, and tell stories about themselves, their community, and their territory. Combining text, drawing, photography, audio and video they have generated a unique narrative collage style that became the signature of the school. Moreover, through dialogue and collaboration with local adults, youth have developed projects that are intended to solve environmental problems and transform the public spaces of their town. Laboratories for agriculture, clean energy, toy building and printing have also become part of the school and, by documenting them, youth have found new material for telling stories. Few years after its foundation, the Children Audiovisual School has gained national and international recognition, received private and public financial support, and helped its members to grasp showcasing opportunities at film festivals and internships at universities and creative industries. In 2010 the school obtained a national grant for producing Telegordo, a children television documentary series that in 2013 won the prestigious India Catalina national prize for best community television production.

Conociendo la Escuela, an introductory video of the Children Audiovisual School on its YouTube Channel.
Conclusion: Embracing a plurality of knowledges and practices

Today, as we confront increasing inequalities, disinformation, massive surveillance, and other challenges related to digital transformation and globalization, it is necessary to move towards an ecology of knowledges and practices of media literacy. While the universal conception of media literacy education is being promoted internationally as a strategy to solve these wicked problems, there is a tendency to exclude situated knowledges and experiences of media literacy developed in Global South contexts from national public policies and curricula. Based on dialogue, critical reflection, participation and collaboration, Educomunicación offers an alternative approach that, moving beyond the emphasis on the instrumental use of (new) technologies and the acquisition of (21st century) competences, has empowered marginalized subjects, and fostered social justice and transformation.