For most of my youth, a fairly strong divide has existed between millennials and those who came before us.[1] This chasm evidenced by everything from “OK Boomer” memes to the various ‘millennial tests’ on television that sometimes attempt to prove us inept,[2] in addition to the endless attacks on Millennial character that littered the 2010s.[3]

It’s been rather lonely, generally unable to connect with the GenXers who somehow managed to, at least ideologically, escape much of the current and impending nightmare that has colonized my thoughts. And so, as Gen Z comes of age, I’m appreciative of the company,[4] despite the circumstances. In the wake of a global pandemic, my millennial peers and I find ourselves hope(lessly)tethered to the young faces that spend much of their time sounding off against injustice in one minute or less, wielding an attitude that crystallizes a deep disenchantment, and serving deadpan that warms my blackened heart.

I now see power in our collective cynicism, especially as, even if only for a few weeks, many of us were able to escape the White (neo)liberal ideologies and allegiances that monopolize this country’s political discourse. In the time following George Floyd’s murder, the video sharing app TikTok demonstrated the capacity of generations who lack an inherent faith in America as concept, to do what Elizabeth Alexander describes as taking up “the perspective of […] witness rather than […] spectator,”[5] and in doing so, briefly managed to collectively reject America’s unethical roots.

Slavery, colonial capitalism, western expansion, and the violence needed to maintain them, are the foundation of what today make American racism so prosaic. According to Steve Martinot and Jared Sexton, racism’s mundanity and control over American consciousness betrays a “total violation of reason and comprehensibility.”[6] Despite White supremacy’s lack of comprehensible ethical ground, America conforms to its predetermined mold. This absurd moral blindspot, excused as ignorance, being what largely holds this country and its spurious institutions together. As pointed out by Shannon Winnubst, “White culture” seems very much “allergic” to any claims that White supremacy might be located in the individual “and daily habits of White people across the US and the globe.”[7] And it is the stagnant banality of Whiteness and its historical weight that overwhelmingly determines what and how we see, often via cultural mechanisms we hardly recognize.

Martinot and Sexton implicate the spectacle, making the claim that the general public’s relationship to police brutality is one of “spectacular events”[8] (like the many horrific recordings released over the years) that work to hide racism’s existence in our everyday lives. As the exception to the rule—because, certainly, such acts of wanton violence must be extraordinary in our ‘civilized’ society—they witness exceptionally bad cops, or fearful cops, or misinformed cops, and of course the implicit guilt of the Black body, but never racism’s everyday, rooted, omnipresent nature.

The murder demonstrated a savagery, that if ignored, would implicate its viewer. A stance reminiscent of the “Mrs. Flint” Alexander discusses from Harriet Jacobs’ Incidents in the Life of a Slave Girl. The white mistress of a southern plantation, Mrs Flint’s “nerves were so strong she could sit in her easy chair and see a woman whipped till the blood trickled from every stroke of the lash.”[9] But obligatory attention, driven by White guilt, the kind that encourages the posting of a resource list and little else, does little to escape American sociopathy.[10] 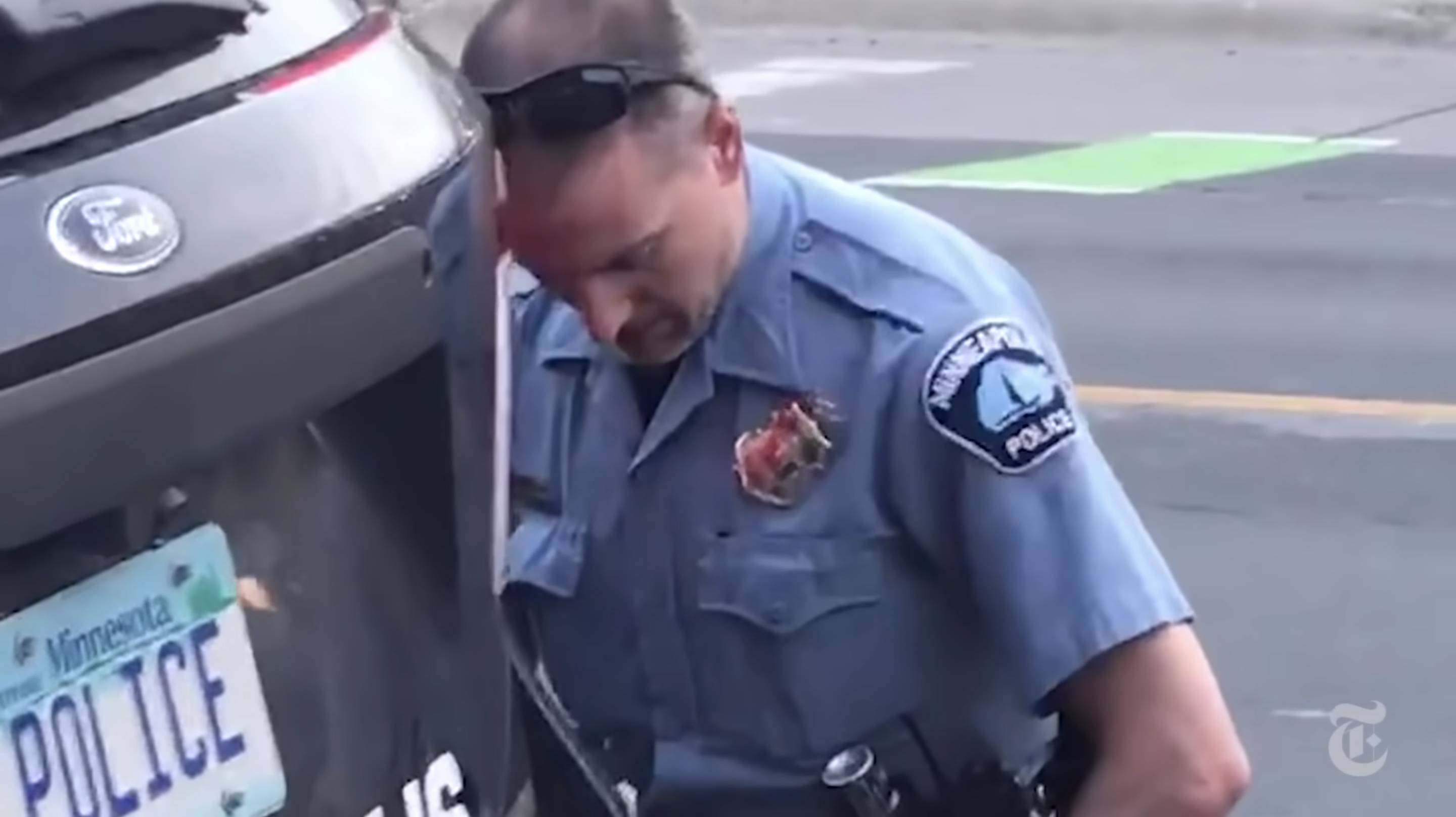 In her visceral depictions of violence, Jacobs urges her readers “to reject Mrs. Flint’s perspective and assume instead her own, the perspective of a witness rather than a spectator,”[11] hoping to make abolitionists of them. But for Alexander, the perspective of witness often involves a kinship that acknowledges the precarity of ones own position, as many of the Black testimonies she cites involve the knowledge that this violence is also meant for, and may very well be experienced by, those narrating. And I’d like to claim that a combination of institutional distrust[12] along with TikTok’s format and algorithm, including the idea that those on your “For You” page (TikTok’s home page or “newsfeed”) are also like you—whether that be queer, black, radical, into cottage core, kinky, conservative, etc.—allowed a kind of witnessing and collectivity to take place, that skirted the ubiquitous mundanity of White, capitalist, American logics.

These logics determine the expectation that in viewing anti-Black police violence you accept the assumed criminality and baser nature of those harmed. But this concept has become troubled amongst a group of people that often accept theft, criminality, and sex work as an essential part of their condition under capitalism. In a recent Washington Post article, that declares Millennials “the unluckiest generation in U.S. history” (as if the exploitation of “economic growth” has much to do with chance), we are placed below every generation—in ascending order, The Lost Generation (1883-1900), Gilded (1822-1842), Transendental (1792-1821), Missionary (1860-1882), Gen X (1965-1980), Progressive (1843-1859), Boomers (1946-1964), and Silent (1925-1945)—in economic growth after entering the workforce.[13] This fate, of course, now also befalling Gen Z. And we should be far from surprised that generations forever harmed by American fundamentalism (the same system that has violently abused the non-White for longer than the generational expanse just listed) lack the desire to live and die by its laws.

Rather than being produced for the evening news or as the eye-catching fodder that might populate your Facebook newsfeed, the personal style of the TikTok content posted in response to Floyd’s murder—often handheld, including eye contact, physical proximity, and point of view perspective—avoided what Kimberly Juanita Brown calls “voyeristic distancing,” and in cases of physical harm, foreclosed on the usual visual and aural techniques utilized to allow the viewer to “escape the violation on display,” like obscurity or a reliance on racial stereotype.[14] By directly addressing their audience, the videos managed to bypass the way Black pain and experience is often “distorted and dehistoricized”[15] via the grand American consciousness and the mechanisms that maintain it. 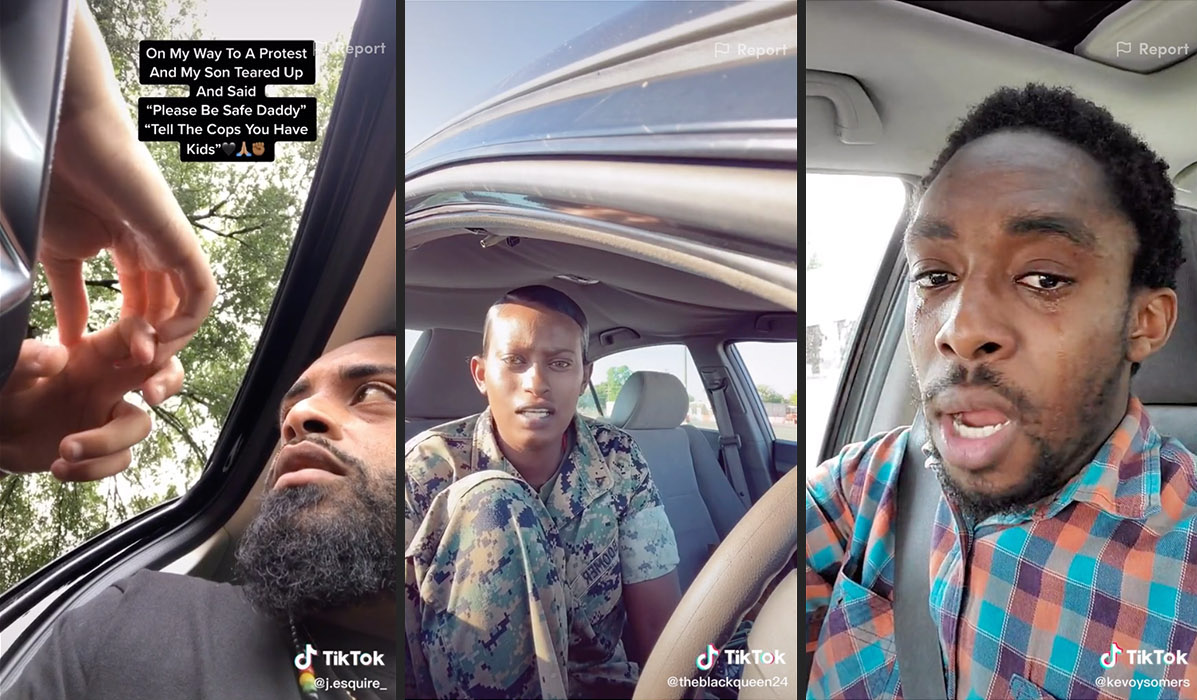 TikTok has already slowed the wide circulation of similar posts, actively pulling its users towards a White universalism, one I’d argue is more restrictive than before, the app coming under fire for hiding Black and #blm content.[16] But for a brief period of time, the users who were ready and willing to amplify and support Black voices became aware of that fact that more is indeed possible, young Americans encouraged to serve as witness and to take up Black orientations[17] in new and emancipatory ways. TikTok itself (newly acquired by Oracle,[18] a company whose billionaire co-founder funds the Trump campaign[19]) and its social media counterparts will likely never lead to sustainable change, but I believe the app allowed for a kind of mutual looking that reoriented our gaze and briefly opened our eyes to the value of Blackness and the possibility in its perspective.