NFL 2020: Football in the Time of Trump, COVID-19, and Mass Protests
Brett Siegel / University of Texas at Austin 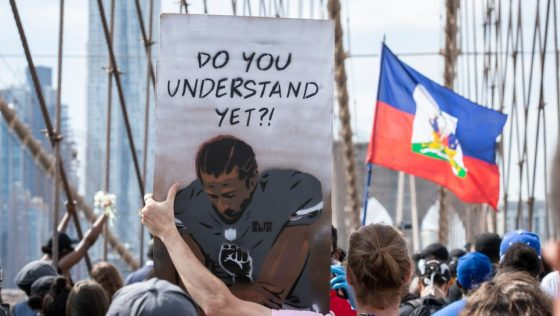 While the NFL continues to occupy a dominant role in American popular culture, the contested social and political climate of the Trump era has threatened to destabilize a seemingly impervious brand. The league’s attempts to contain the fallout from player protests in particular provide a crucial space to examine the ideologies of White supremacy that undergird the Trump presidency and the MAGA movement more broadly. For a sport run by an overwhelming majority of White executives, owners, and coaches but played by 70% Black athletes, the NFL’s performative forays into social justice have thus far rung false, eliding the league’s crackdown on player activism and blackballing of Colin Kaepernick, who famously took a knee during the National Anthem to protest police brutality and unpunished murders of Black people.[1]

If the early years of the NFL/Trump relationship are best represented by the president’s outrage over the Take a Knee protests, then the latter years demand a discussion of COVID-19 and the widespread protests that followed the killings of George Floyd, Breonna Taylor, and Ahmaud Arbery. While these events are still unfolding, it is worthwhile to pause and analyze this moment as an extension, and in many ways a culmination, of the past four years. As many have pointed out, we are grappling with two pandemics that disproportionately affect Black individuals and communities: the novel Coronavirus and the ongoing effects of systemic, institutionalized racism. Both are global in scope, yet the Trump administration’s response to each has created unique dangers and conditions for public outrage and uprising. Because the portrayal of the NFL as an exemplar of nationalism has been so profoundly challenged and complicated by Trump era politics, its response to this historical moment must be unpacked.[2] 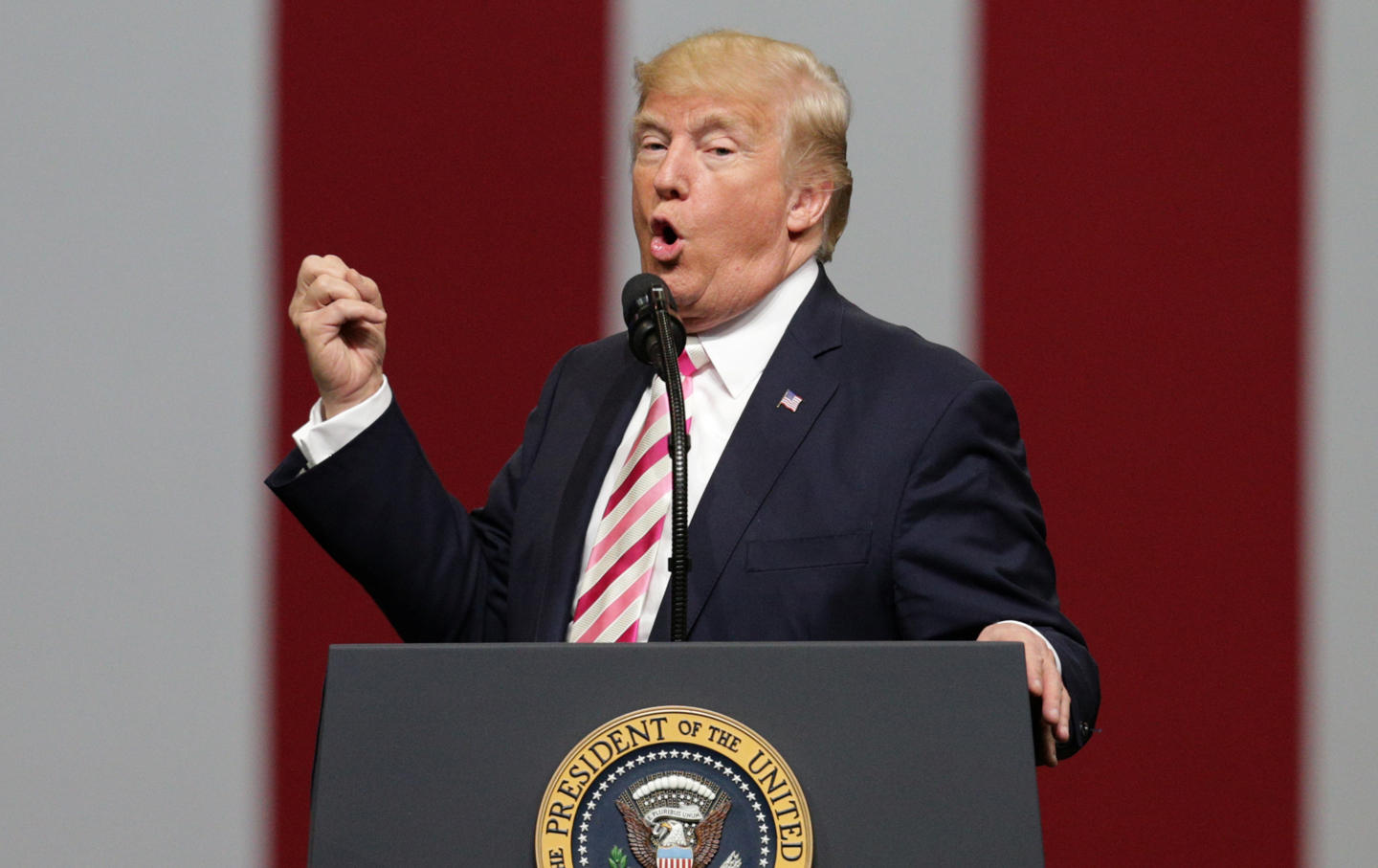 A symbolic arena that is constructed and imagined as a testament to American ideals and values, the NFL is often celebrated as proof of a post-racial meritocracy. Of course, these myths have been ruptured before, but the dissonance between what the NFL says it stands for and what it actually represents has rarely been so stark and significant. The strategies by which America’s most powerful sports league contains resistance and neutralizes dissent are so woven into the fabric of everyday life that 2020’s unprecedented disruption of routine poses a threat and an opportunity.

With the arrival of the Coronavirus and shelter-in-place orders that kept much of the country confined to their homes, the 2020 NFL Draft offered an especially valuable chance to reach a rare and elusive mass audience. With the cancellation of seasons currently underway, media outlets no longer had a reliable stream of topical sports content, and despite the airing of the WNBA Draft only days earlier, the NFL Draft was presented and discussed as the first and only live sporting event worth mentioning since the virus took hold. Airing on ABC, ESPN, and the NFL Network, the Draft broke records for ratings and advertising costs and allowed the NFL to capitalize on the sudden dearth of sports programming. Signifying the importance of this particular draft, the event began with a montage designed to speak to the historical moment and frame football’s central place within it.

Narrated by Peyton Manning, the intro transitions from black-and-white images of empty city streets and formerly bustling establishments to assorted clips of health care workers and patients bravely responding to the threat of the virus with courage and compassion. The NFL’s tribute to “Hope” positions sports, and especially football, as the ultimate goal, the light at the end of the tunnel, the reward for our “solidarity… sacrifice, and service to the greater good.” If the NFL Draft typically carries the hope of improved teams and future success, this NFL Draft offered hope that we could soon restore some semblance of normalcy to our interrupted lives. Enduring the virus as “one football family” thus conflates the containment of a public health crisis with the triumphant return of sports. Reclaiming the comfort and pleasures of our daily lives, as signified by the NFL season starting on time, is thus imagined as a victory for the American people. Indeed, Manning invokes a “future of full arenas, full voices, free reign to gather, to feel the power of football together, because that will mean life is back to normal for us all.”

Leading the charge in getting “back to normal,” Trump has been banking on the appearance of conquering the virus and saving the economy, however fallacious, as part of his reelection bid. The disconnect between the fear of a raging pandemic and the impulse to reopen America and “liberate” its citizens from the supposed tyranny of the quarantine is an underlying tension that national media events like the NFL Draft have sought to gloss over and resolve. Depending on the audience, the promise of football may serve as a justification for responsibly staying home and stopping the spread, or for resuming life as normal and accepting that many will die. In the weeks following the Draft, the discourse coming from many conservative commentators shifted firmly to the latter position, arguing that everyday dangers like the common flu never kept us locked up inside before, and insisting that the inevitable consequences of re-opening are worth the risk to exercise our rights as Americans. Because the economy—whether that translates to getting football back or even just getting a haircut—has been deemed more important than protecting human life, it is no wonder that Trump’s committee on re-opening the economy includes NFL commissioner Roger Goodell and owners Robert Kraft and Jerry Jones. Pretending the virus is in the past and football is the future can be viewed as the latest strategy in making America “great again.”[3]

If the NFL Draft offered an opportunity for the league to maintain the status quo and consolidate its unifying role in American popular culture, the eruption of nationwide protests in May and June illuminated once again the fragility of this project. In its first public statement, the league that made a concerted effort to steer its labor force “past kneeling” and resume business as usual predictably failed to grapple with its own complicity in perpetuating the injustices protestors have organized to expose and demolish. Apparently fearing the wrath of Trump-supporting owners and fans, the NFL’s initial response not only omitted any reference to race, racism, or police brutality (much less the murder of Black people by police); it also scrapped the phrase “Black Lives Matter” altogether. Vague calls to action evaded any specific language that could be mistaken for actually taking a stand, and perhaps the most glaring takeaway was the NFL’s unwillingness to engage with its own recent history of stifling peaceful protests against these very issues, along with its silencing—and in Kaepernick’s case, ousting—of the players involved. 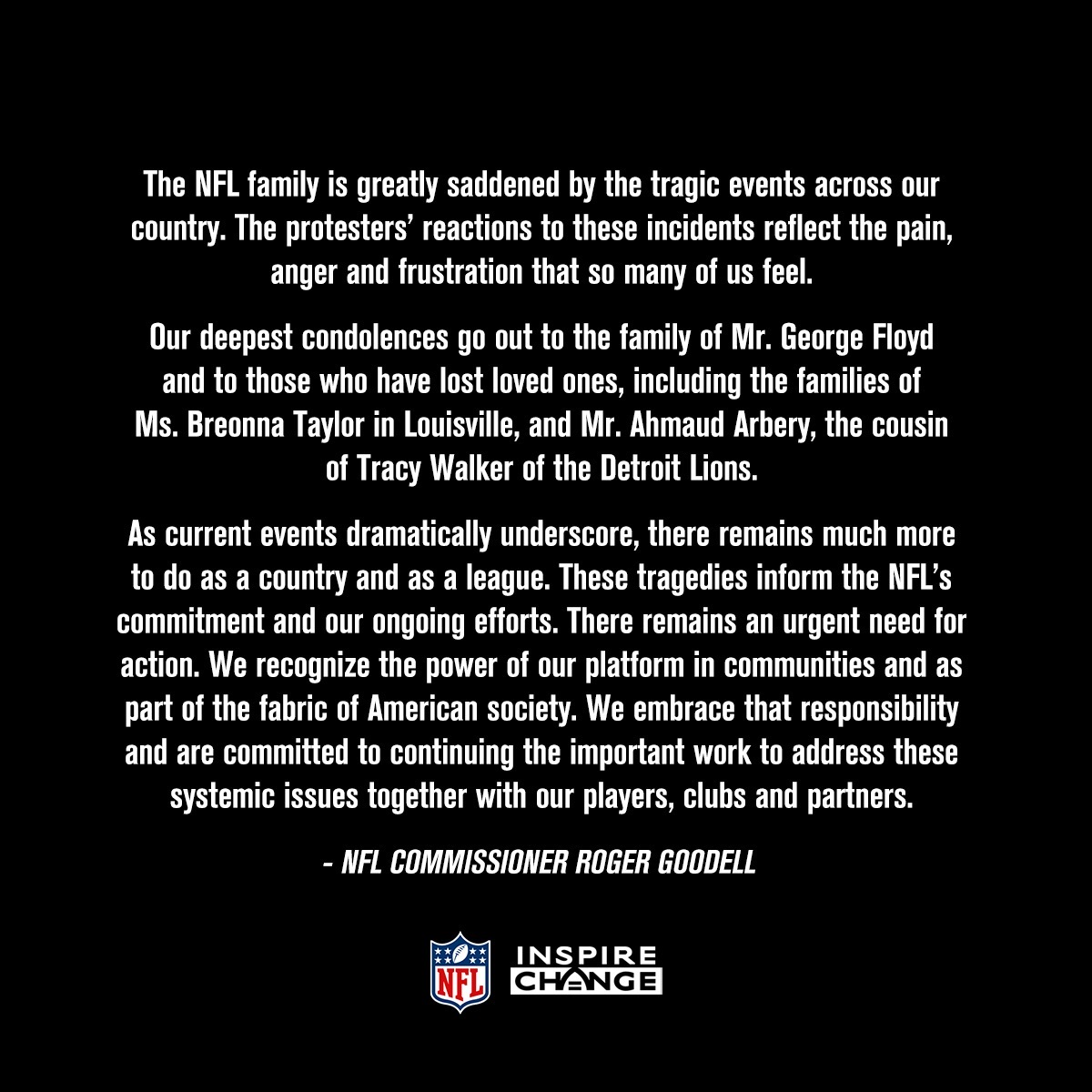 The NFL was not alone in releasing a non-committal, tepid, and tone-deaf statement about the protests and the horrific murders that ignited them. However, because the league represents one of the most visible examples of stratified Black labor and White management in the United States, its decision to elide any acknowledgment of, or relationship to, systemic violence against Black people stands out. A handful of Black NFL players released a video in response to the league’s non-statement, proclaiming that any one of them could be the next George Floyd and imploring the NFL to “condemn racism and the systematic oppression of Black people.” Only after some of the league’s most popular players effectively forced the commissioner’s hand did Roger Goodell declare that “Black Lives Matter” and admit wrong in preventing players from peacefully protesting. While it is tempting to applaud Goodell and fellow “respect the flag” enthusiast Drew Brees for their changes of heart, it is also fair to deem such performances of solidarity-in-hindsight “too little too late,” especially when Colin Kaepernick’s name remains conspicuously absent from these public epiphanies.

We should be critical of the timing and motives of self-proclaimed allies coming out of the woodwork after quietly reaping the benefits of White supremacy for so long. However, the fact that NFL controversies have been deployed as political talking points for the duration of Trump’s presidency makes the recent rhetorical shift, however superficial and disingenuous it may seem, a significant moment. After Trump tweeted about Goodell’s video and Brees’ apology, Brees addressed the president in an Instagram post, stating: “We must stop talking about the flag and shift our attention to the real issues of systemic racial injustice, economic oppression, police brutality, and judicial & prison reform.” That two of the more prominent supporters of Trump’s anti-kneeling agenda have appeared to jump ship indicates that the optics of not acknowledging White supremacy, anti-Black racism, and state-sanctioned police violence are starting to look riskier than engaging with these issues outright. The NFL has proven time and again that it would be more comfortable moving past kneeling, protesting, quarantining, or anything else that might put people over profits, and only time will tell if its actions will change alongside its words.