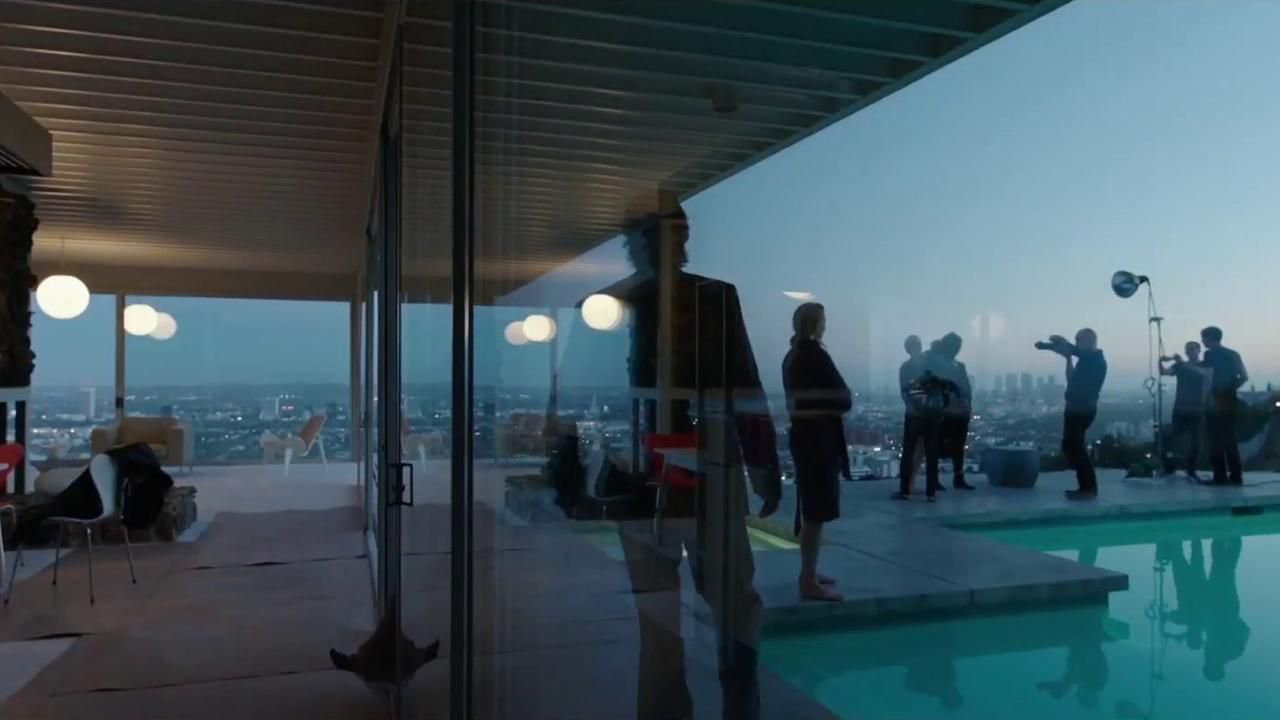 The expansive minimalist home in Knight of Cups.

Hollywood is notoriously hard on modern buildings. Homes in the modernist architectural idiom take a thrashing on screen. Domestic structures designed by Frank Lloyd Wright and John Lautner, among others, double on film as the abodes of drug lords, murderers, assassins, wife abusers, voyeurs, serial killers, criminal masterminds, and playboys.[1]

These experimental homes, in glass and steel and concrete, often personify in films by extending their inhabitants’ identities. In John Hughes’s Ferris Beuller’s Day Off (1986), the A. James Speyer-designed house is the anthropomorphic stand-in for Ferris’s best friend’s father who is more concerned with status and materialism than his own family. Architect Hagy Belzberg’s Skyline Residence, which stars as the bachelor pad for Ryan Gosling’s role in Crazy, Stupid, Love (2011), mirrors in its reflective facades the contemporary dandy’s shallowness, self-obsession, and consumerism.[2]

These negative depictions, together, convey deviance in various degrees and intensities from middle-class American norms. Hollywood visualizations mark the designs in the public gaze as different, dangerous, and negatively other.

Layering his criticism in a rich haze of philosophical visuality, director Terrence Malick’s filmic oeuvre extends this tradition of suspicion.

In Knight of Cups (2015) and Song to Song (2017), Malick reproduces the refrain of domestic modernity’s abjection. Floor-to-ceiling glass walls and the expansive minimalist homes they constitute are commentaries on the excesses of inhabitants. In Malick’s films, inhabitants range from music industry moguls to Hollywood elites. Homes that show up briefly, including Pierre Koenig’s Stahl House (a.k.a. “Case Study No. 22”) in the Hollywood Hills and The Floating Box House in Austin, serve as little more than superficial stages for Bacchanal revelry.

Tree of Life (2011) likewise circulates the rhetoric of modern design’s deviance. An architect himself, Sean Penn’s character works in a skyscraper, surrounded by soaring glass walls, and steel-framed edges. As in Billy Wilder’s The Apartment (1960), the modern city engenders moral confusion and is detrimental to kinship bonds. The protagonist lives in an austere, glaringly white modern abode, the domestic antithesis to the memories of close-knit, suburban Texan neighborhoods that center the narrative. The minimalist house, an architect’s residence through-and-through, signals wealth and status even as it connotes a sense of alienation between the inhabitants. 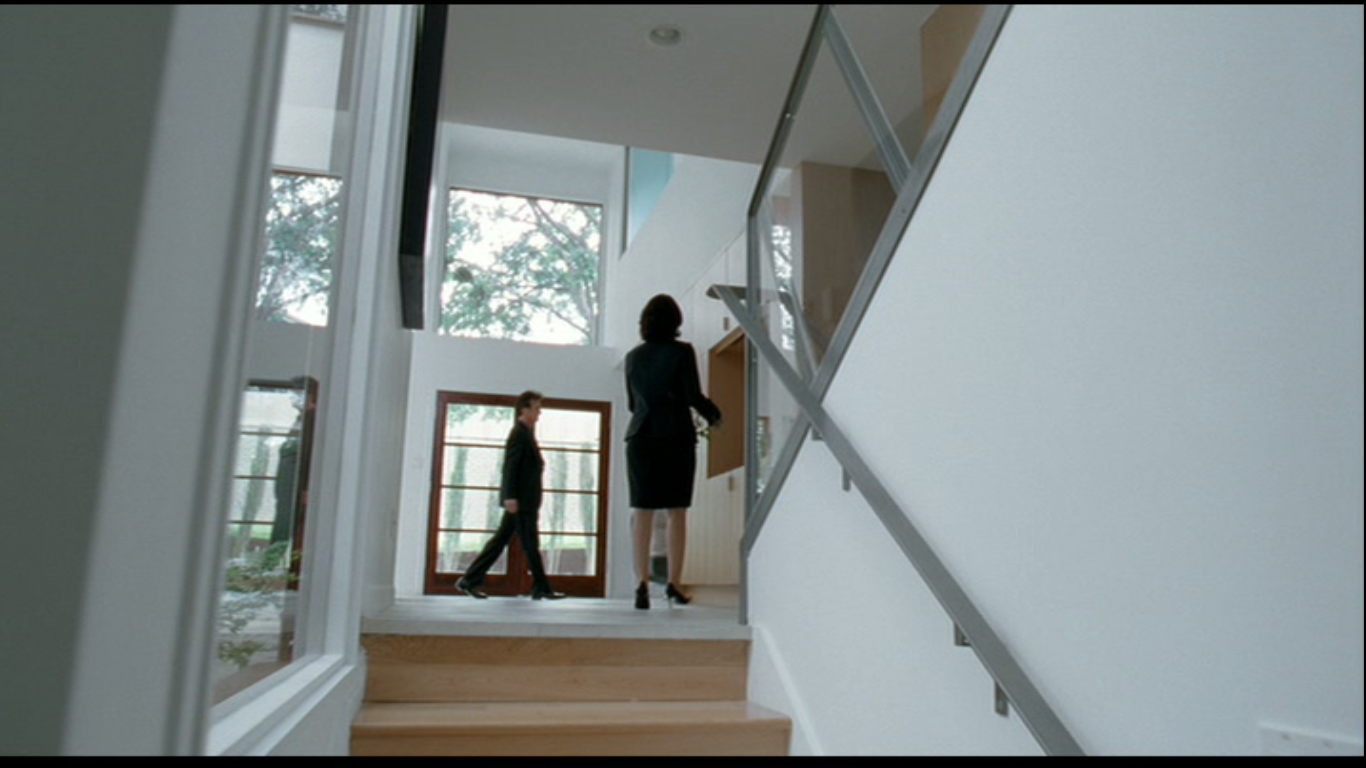 The film’s central narrative opens with the protagonist’s parents, played by the Jessica Chastain and Brad Pitt duo, after the kids are adults with homes of their own. The parents now live in a midcentury modern house replete with natural wood and populated by iconic Eames furniture. This home is not the white and glass of their designer son’s place in the city. The parents’ house, with its Scandinavian vibe, is warmer and more domestic than the sterile minimalist alternative. In this case, modernism signals taste made possible by upward mobility over time. The Scandinavian structure also contrasts the suburban home that is the implicit star of the show. 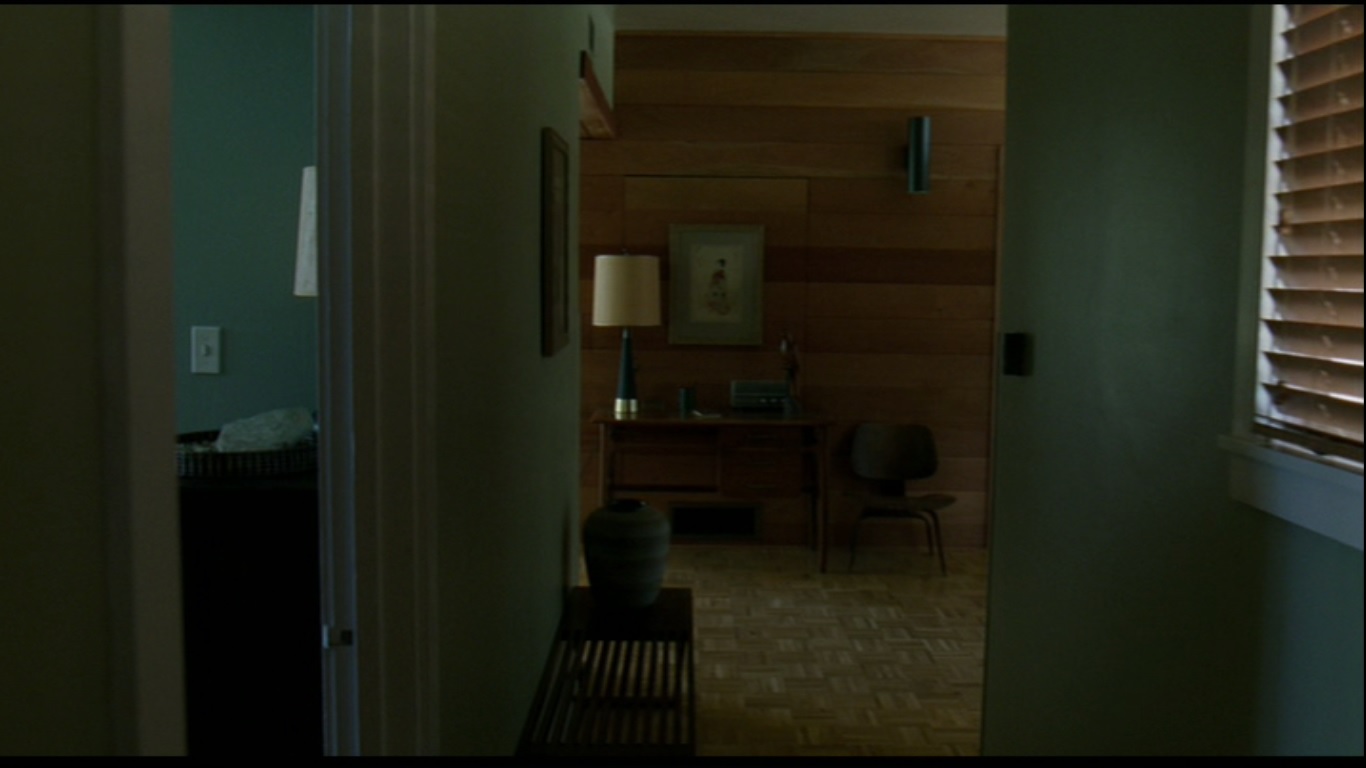 Before making movies, Malick studied philosophy at Harvard and Oxford. He made the pilgrimage to see Martin Heidegger in his remote Black Forest cabin in Germany and published an English translation of his Vom Wesen des Grundes (The Essence of Reasons).[3] In Tree of Life, however, the auteur is as much in conversation with Pierre Bourdieu’s theories of everyday life as he is with Heidegger’s phenomenology.

Tree of Life is a litany of the everyday. The film is a circular narrative told through the view of one family. Children play outdoors and run through suburban streets, returning home in the evenings. Malick is nothing if not attuned to the rituals of quotidian Americana. The imagery moves in a hypnotic cycle: the home, the yard, the street, the home, the field, the forest, the home, the river, the pool, the church, the home. Natural imagery, characteristically Malick, takes up a lot of real estate in the story. But the domestic sphere is the narrative axiom of the film. In Malick’s impressionist style, scenes flit outdoors to indoors, from streets and yards to bedrooms and kitchens, always returning, again and again, to the dining room and table. 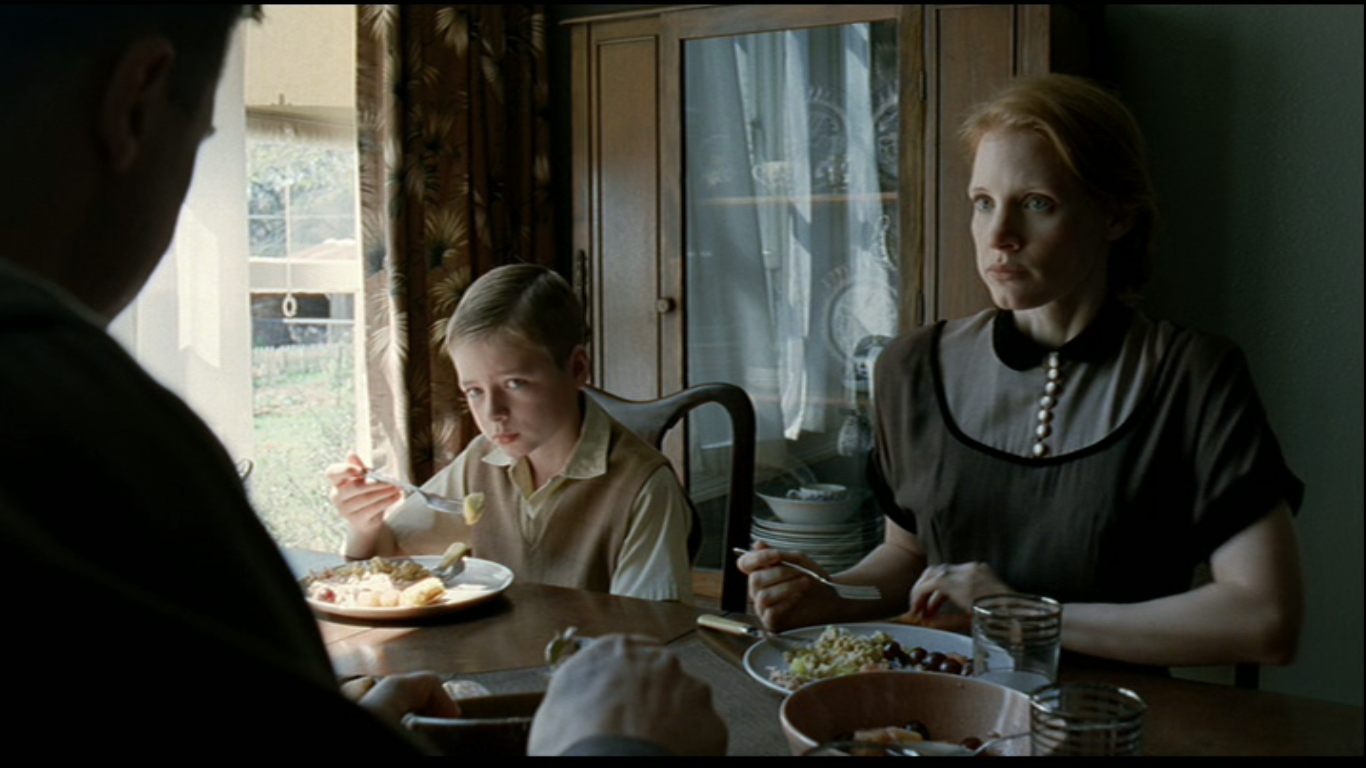 Confrontations at the dinner table.

The table is the film’s symbolic center (as it is the home’s). The table signifies the family and acts as a microcosm of the larger social world. The table scenes do not simply gesture nostalgically to pre-digital suburban life and simpler times. The table is the site of struggle between foundational tensions—the very stuff, if we take seriously Malick’s juxtapositions of mundane life with cosmological phenomena, that fuels the expansion and development of the universe.

In Outline of a Theory of Practice (1977), Bourdieu writes of the place of bodily comportment and table etiquette in everyday social life. To paraphrase his account, a parental figure commands their children’s attention at the dinner table: Sit up! Sit straight! Hold your fork and knife correctly! But table manners are only one element. Bourdieu argues that an entire world-making, an inculcation of worldview, occurs through the most primary of instructional etiquette.[4] The architecture of the home, in other words, is a moral space that enables and constrains embodied actions. For Malick, as with Bourdieu, the table is a symbolically thick node in the hierarchy of social power. The table has constant recourse to society at large. The home is a microcosm.

In Malick’s magnum opus, cosmological struggles play out in the everyday life of this single American family. In cyclical stretches of imagery, first one, then another of the children challenge the social order by defying the father. In each instance of hierarchy momentarily upset, the father responds violently. He meets the contests of authority through visceral performances of toxic masculine angst and aggression.

In one moving scene, the eldest son acknowledges to his father: “It’s your house. You can make me leave if you want.” The father and son are not, to be clear, discussing the house as an architectural entity. For Malick, the house is a metaphor. And even a single structure, to recall Charlie Kaufman’s meta-existentialist epic about a city-in-a-city, can be a synecdoche.

Given his status as a skilled raconteur, the Heideggerian traditionalism through which Malick recycles Hollywood’s rejection of modern homes is predictable. There are brief vignettes of wonder and perhaps the slightest hints of a hard sort of beauty in his depictions of urban sharpness and verticality. But for Malick, in the end, modern architecture conveys status, alienation, complexity, confusion, sterility. One critic aptly describes the matter, writing that “for Malick, the modern world is the fallen world.”[5] 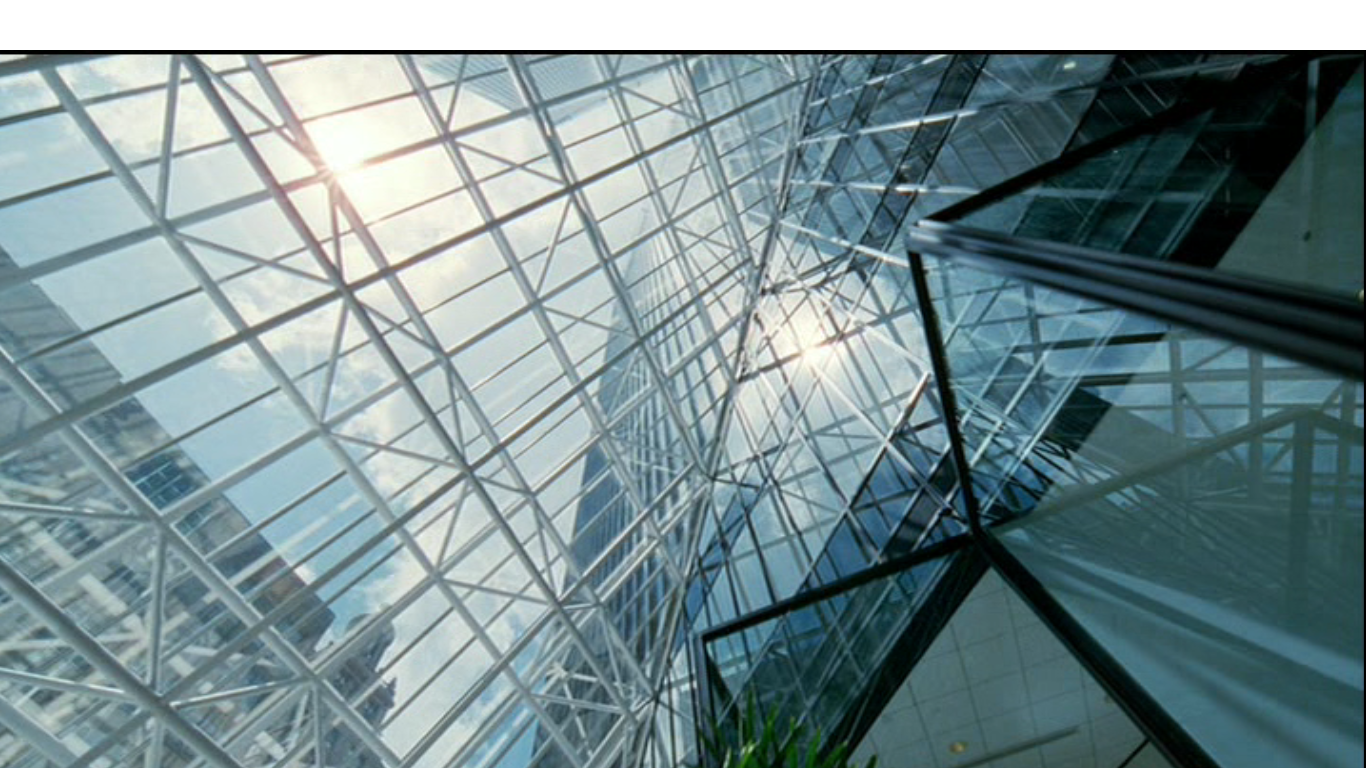 Glass and verticality in the city.

The film’s conclusion offers a surrealist vision of the afterlife in which the linear logic of time and space erodes. The son who has passed away appears as he did when he was a nine- or ten-year-old. Multiple versions of the family members are present. The viewer observes the eldest son observing himself, one of several selves of memory past. 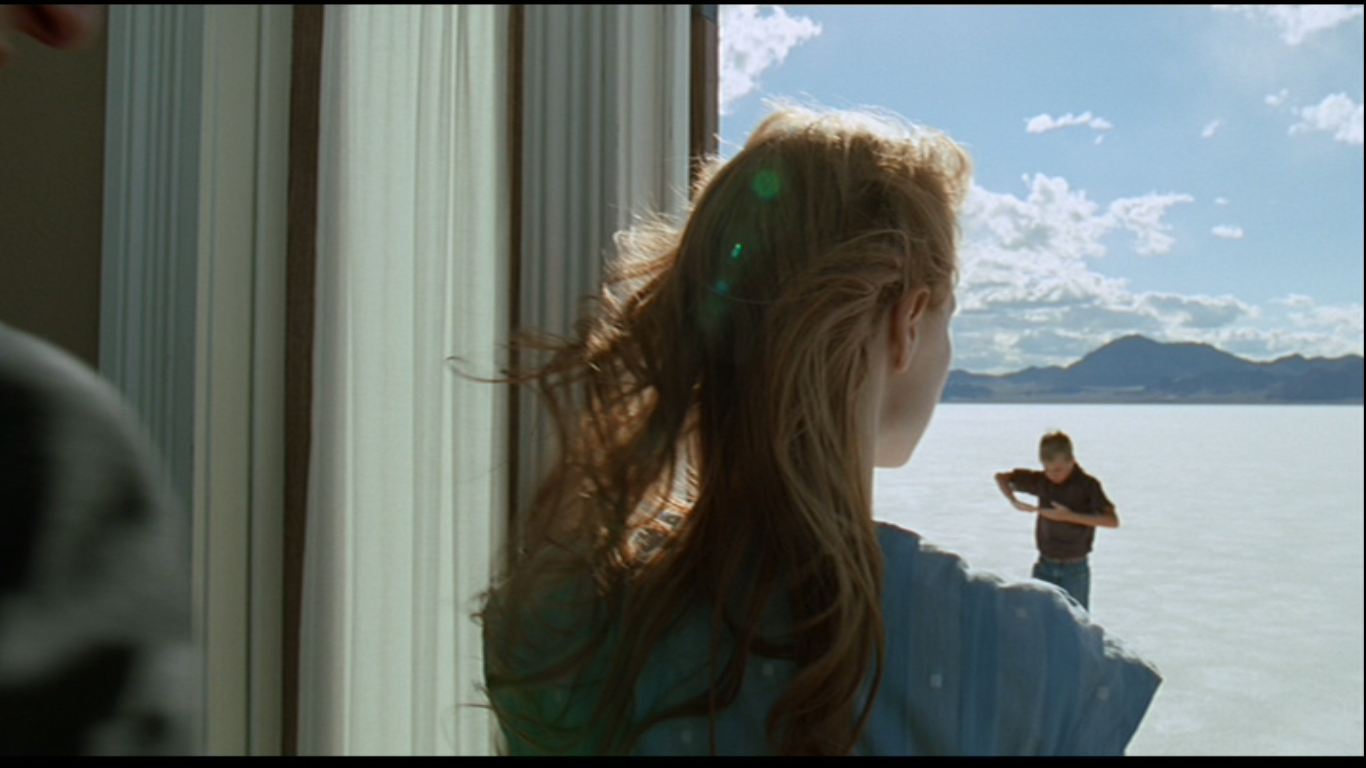 Domestic imagery in the afterlife.

Even in Tree of Life’s final moments, architecture continues to command a presence. The mother stands at the threshold of her children’s childhood home: the modest vernacular structure, a humble example of folk classical, perhaps working-class Victorian. 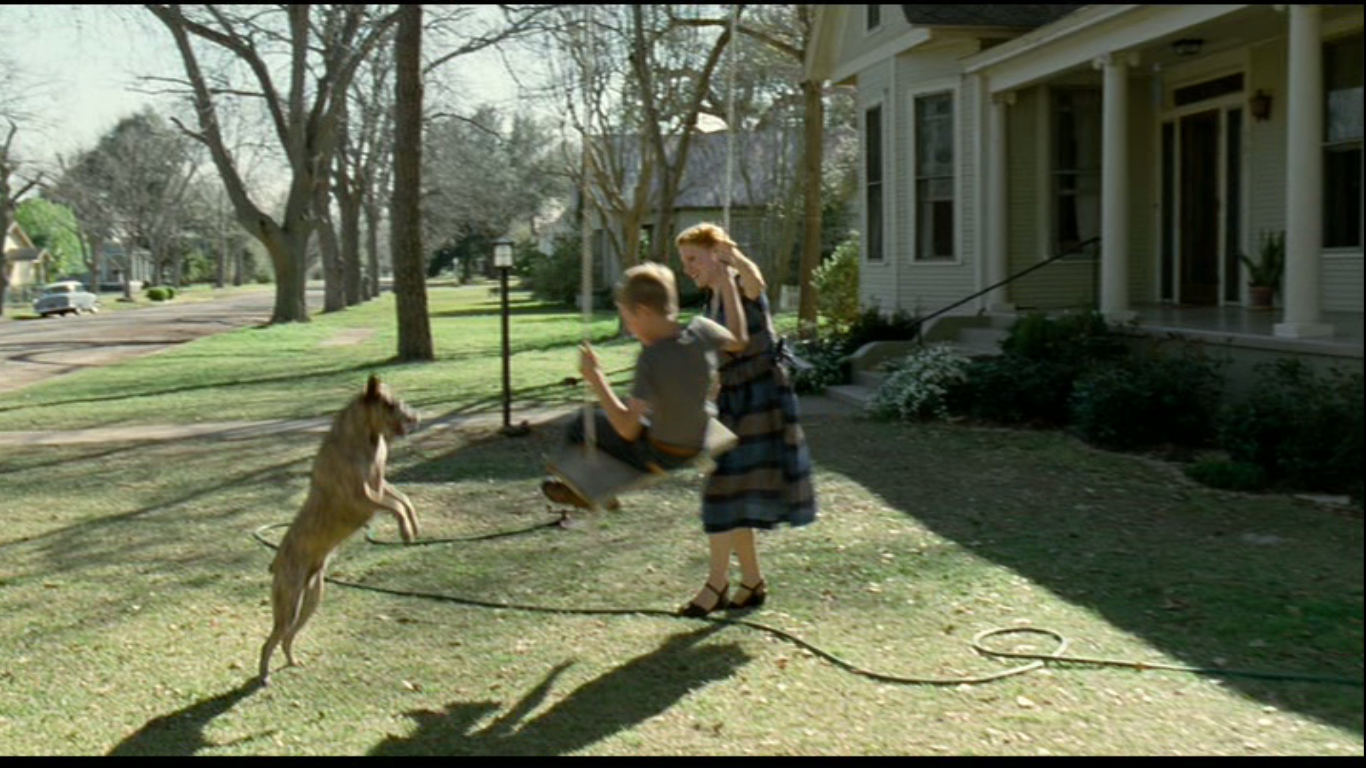 The modern homes, Scandinavian nor minimalist, are nowhere in sight. The domestic architecture of the childhood home claims the place of the American axis mundi.[6]