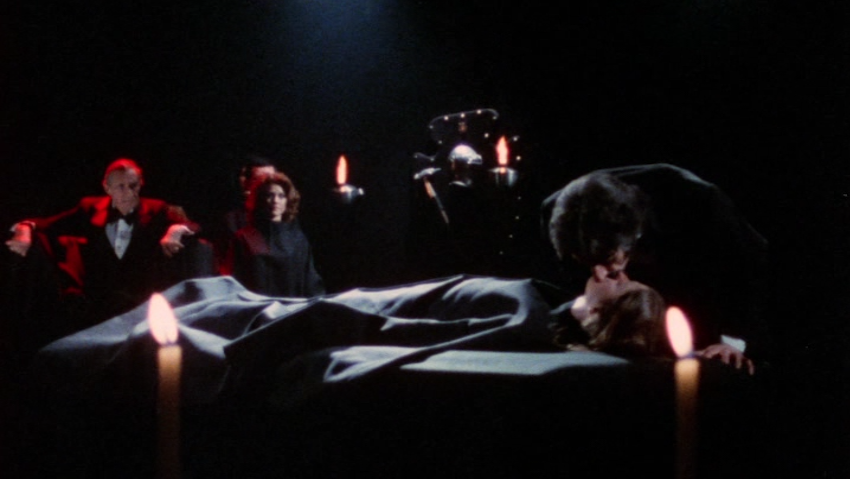 Many years ago, while some of you may have been obsessively taping bizarre movies off of late-night TV, I was cutting my teeth in the world of cable programming, scheduling titles for TNT franchises [1] like MonsterVision [2] and 100% Weird!. [3] One summer afternoon in 1995, I answered a call from Sam Sherman, co-founder of Independent-International Pictures, one of many small distributors who tried to sell the network on licensing their small, low-budget genre films. We’d spoken with Sam before and passed on his library, but this time the pitch was different: IIP films were suddenly newsworthy, he explained. Al Adamson, Sam’s friend, the other half of the company, and the director of dozens of its notorious films, had died.

Sadly, Adamson did not go gentle into that good night: he was murdered. In a scene reminiscent of one of his own exploitation pictures—as several newspapers luridly pointed out at the time—Adamson’s contractor had bashed in the director’s head, buried his body under cement at his home, and started wearing the dead man’s clothes around town; when police finally caught up with the murderer, he was wearing a suit that had Adamson’s name stitched into the jacket. He was swiftly found guilty and sentenced to serve 25 years to life at San Quentin.

“Al’s movies are going to be hot,” Sam explained, or at least that’s how I remember he put it. Even if he was less of a huckster than I (happily) recall, it’s true that the director’s awful demise became a selling opportunity for Adamson’s product. And moving films—as Sherman’s dad, an oater multi-hyphenate named Denver Dixon, advised his son, if you’re going to make movies, “you better find a way to get rid of them” [4]—was what IIP was all about. We wound up not buying the package of Adamson flicks, I’m sorry to report—especially because our competition, USA Network, had, and flaunted them all over graveyard time periods—and that means that I missed out on my opportunity to schedule Doctor Dracula (1978). 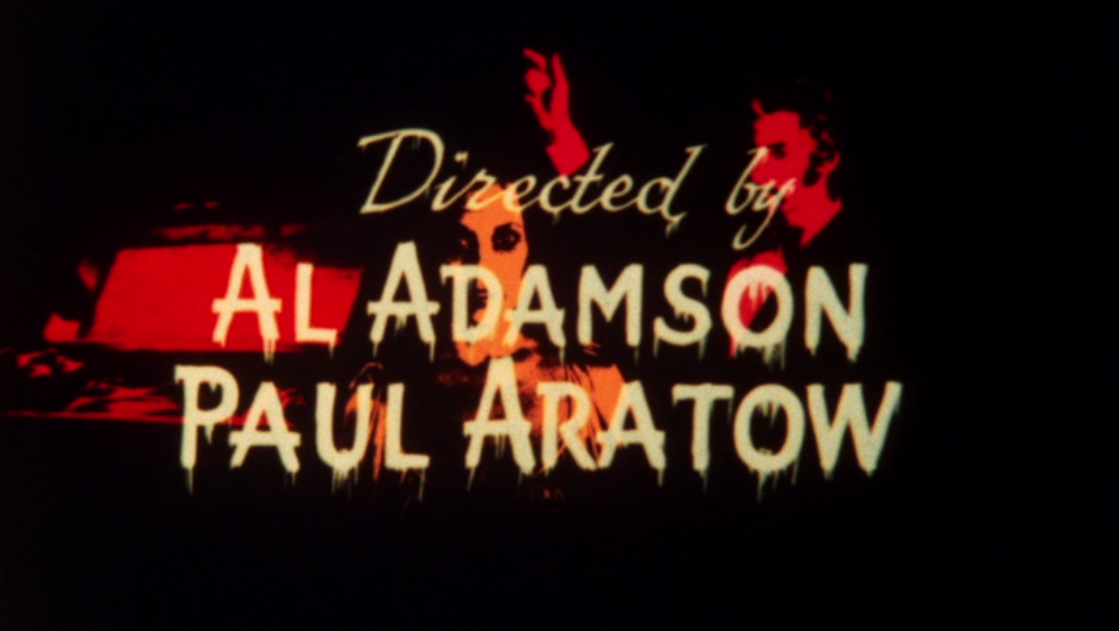 Adamson and Sherman “got rid of” their films by distributing them to less reputable theaters from coast-to-coast, but more money was to be had with television package deals. The team borrowed a page from Roger Corman’s playbook for their brainstorm: what if they bought older films that hadn’t been fully exploited on TV, and freshened them up to bulk up a licensing package? Paul Aratow’s low-budget Lucifer’s Women, which barely opened and closed in 1974 with nary a blip of national attention, seemed like an excellent, cheap candidate.

Readers of the previous two installments of this series can probably guess at Adamson and Sherman’s problem with Lucifer’s Women: with multiple striptease routines, copious full-frontal nudity, kinky sex scenes, and a generally unsavory, deliberately sleazy ambiance, there was no way that any station could touch the film. How could the mini-moguls turn their softcore acquisition into a TV-friendly revenue generator?

Adamson and Sherman’s plan: hack out the naughtiest bits of Lucifer—comprising about half of the film—and shoot a bunch of new stuff to bring the running time back up to a two-hour TV time period (90 minutes, more or less). Better still, with a little bit of an upgrade to Lucifer’s cast of unknowns, the new film could appear even more legitimate (or maybe less illegitimate) than the original film: all that was needed was some kind of plot onto which the mix-and-match parts could try to hang together. Svengali, meet your new antagonist, Doctor Dracula.

In our last installment, we traced the motley crew (and cast) of Lucifer’s Women, excitedly pointing out how several of the film’s participants bumped up against the mainstream, suggesting that the outré and the ordinary, the extreme and the average, have occasional touchpoints; Adamson and Sherman’s Doctor Dracula attempted to paper over some of their film’s low-rent source material and exploitative origins with somewhat recognizable faces. John Carradine, decades past his peak in films like The Grapes of Wrath (1940), House of Frankenstein (1944), and House of Dracula (1945)—had previously played a murderous butler in Adamson’s Blood of Dracula’s Castle (1969); he returns here as an enthusiastically Crowleyian Satanic cult leader, stealing the picture with his stage-trained, hammy exuberance despite his body being wracked with painful-looking rheumatoid arthritis. [5] 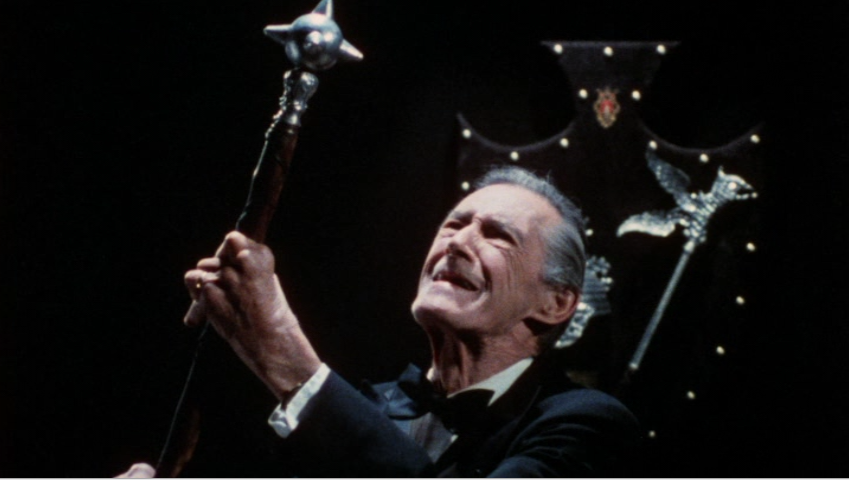 John Carradine hams it up.

Other upgraded cast members included Don “Red” Barry, famous to fans of westerns as the hero of the Red Ryder franchise and a familiar character actor in hundreds of other films, and Susie Ewing (née McIver), one of the original eye-candy Golddiggers on The Dean Martin Show, but more famous for the fan-favorite role of “Hot Pants Hilliard” in Smokey and the Bandit (Hal Needham, 1977). And Regina Carroll, blonde bombshell star of Adamson’s films Satan’s Sadists, The Female Bunch, Blazing Stewardesses and many others—and Adamson’s wife—plays to her strengths as a horny, ditsy groupie, who is a little too eager to find out what it’s like to “make love” in Dracula’s coffin. [6]

But I’m most fascinated by the participation of two other members of the talent pool. Geoffrey Land, a blandly square-jawed never-was aspiring leading man type, was a bit player in some early ’70s television and here plays the blood-lustful Dracula himself, but his most famous performance would languish unseen for decades: he played “Max David”—a devastating parody of Robert Evans—in Orson Welles’s The Other Side of the Wind, itself assembled from pieces by Peter Bogdanovich and Bob Murawski for Netflix last year. Even more intriguingly, Adamson relied on one of his usual DPs (Dracula vs. Frankenstein, Girls for Rent, Naughty Stewardesses, etc.) as Cinematographer for Doctor Dracula: Gary Graver, the same Gary Graver who, as the lore has it, so impressed Orson Welles with his desire to work with the director in 1970 that he became his collaborator until the end of the Great Man’s life (in 2006).

Is it possible that Graver and Land were working on both projects simultaneously, shuttling from one Hollywood outcast’s project to another’s, working at both ends of the margins of mainstream popular culture—at the high end, with an auteur whose artistic aspirations were spurned by the studios, and at the low end, with a hack who tried to express his vision while committing hatchet jobs on exploitation flicks to squeeze a few more bucks out of them? High Art and Low Art collapse onto each other, tantalizing cultist connoisseurs at both ends of the spectrum and leaving the middle of the bell curve for other, less discriminating audiences. 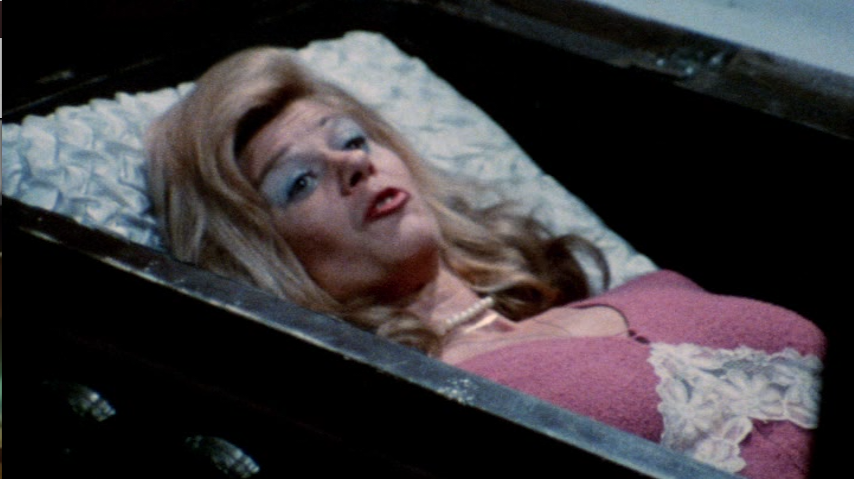 Regina Carroll, a groupie in a coffin.

Instead, we’re introduced to Stephanie (Ewing), a young woman who copes with the death of her mother by trying to conjure her spirit; Hadley Radcliff, a Satanist who tries to persuade Stephanie to join his coven as a short-cut to the Otherworld’s party line; and Dr. Gregorio, a mysterious psychiatrist who dismisses Radcliff as a weak-willed charlatan doomed to failure, but promises to heal the damaged Stephanie. Gregorio knows for certain that the devil-worshippers won’t contact Stephanie’s mom—because he’s really just masquerading as a shrink, and is instead Dracula risen from the grave (!), who has vampirized the older woman and added her to his harem of the undead. 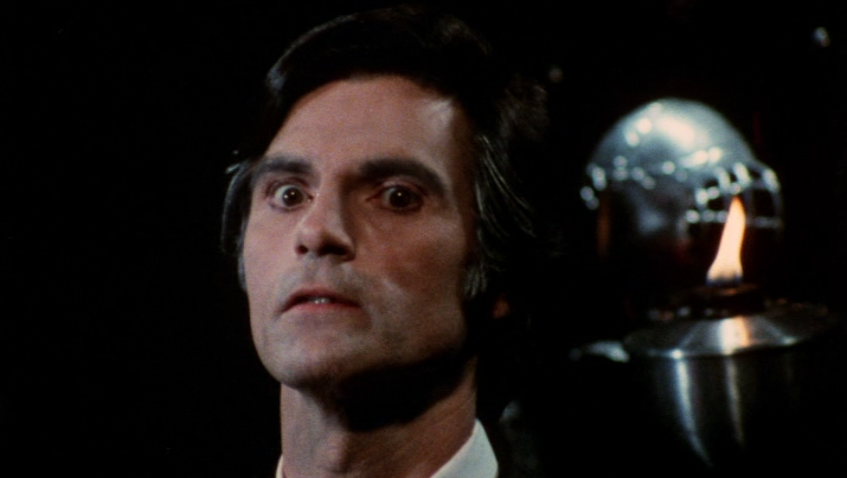 Sherman (who wrote the new footage’s additional dialogue) and Adamson gutted Lucifer’s Women, but they managed to preserve the original film’s battle of male charismatic leaders. Their “revised” film adds new layers to the pattern of domineering men, duplicating the Mansonic models in a formula that suggests a cult hierarchy of “Doctor” Dracula > Radcliff and his Satanists > Svengali. At the end of the film, instead of the somewhat ambiguous triumph of the heroine Trilby over the cult leaders, Doctor Dracula offers a more violent, more apocalyptic finale than Lucifer’s Women. After Dracula kills off Radcliff and the rest of the Satanic cult, he rides off in his limo with Stephanie, promising her demonic immortality alongside her vampire mother; instead, Stephanie vows to put her mother “at peace,” whips a hidden bomb detonator out of her purse, and blows herself, Dracula, and (one assumes) her mother to smithereens.

Adamson’s film tells a story of the fatal toxicity of cults (vampiric, Satanic, psychiatric)—but at the same time, he plays to his own cult status, creating a film that revels in his trademark mad invention and nodding along cultists’ expectation of the promise of an “Al Adamson picture.”

There’s so much more to discuss about Lucifer’s Women, Doctor Dracula, and the cult-cult movie and film tradition to which they both belong, but, like the vengeful daughter of a vampirized mother, I’ve already blown up my Flow word-count guidelines. Exploring these abject, discarded, marginal entertainments has allowed us to spend time away from obsessing about Netflix, Amazon Prime, Hulu, and Facebook; far from second-guessing the strategies of Hastings, Bezos, Iger, and Zuckerberg; way off the radar from the unconscionable executive salaries, monstrous incivilities, and thousands of layoffs of the media behemoths, at least for a little while. Those industrial giants have already won enough real estate in my brain; it might be a futile act of resistance to claw back some mental space by focusing on detritus instead of the new canon of self-mythologized “Golden Age” content, but I’m sure up to the fight. Perhaps I’m not alone? 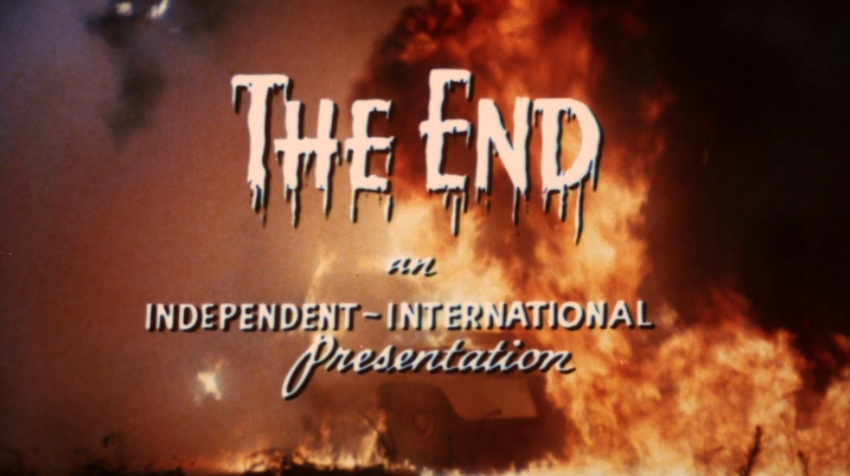 The End of Doctor Dracula.