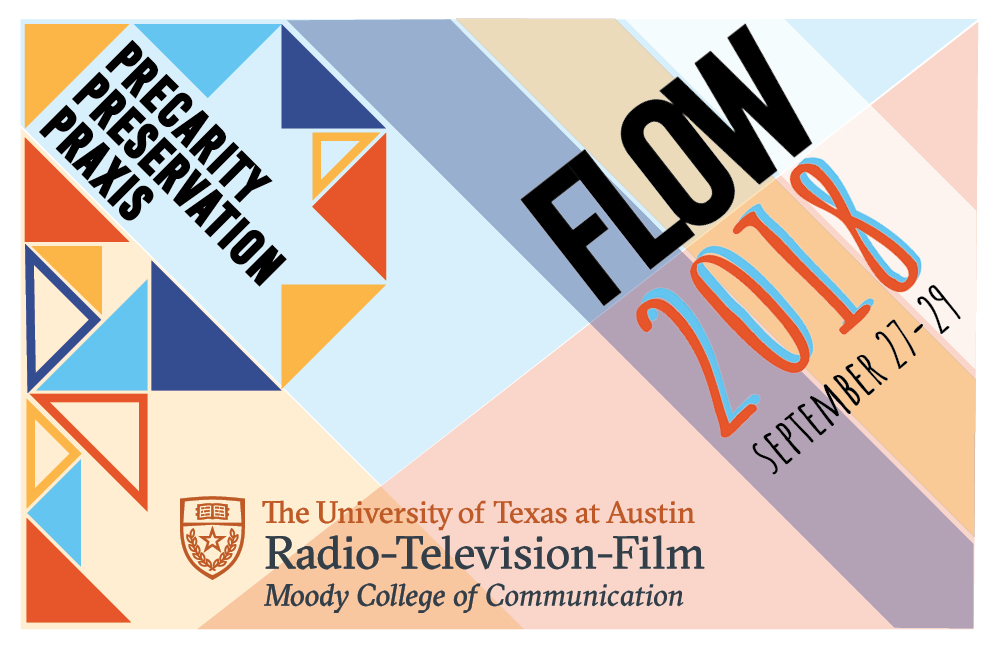 After celebrating our 10th anniversary in 2016, we took a moment to look back and take stock of the changes in television and new media over the course of the conference’s run. This year, we turned our attention to three key areas that can easily be overlooked in our field of study: precarity, preservation, and praxis. We hope that this year’s conference provided a space for our intellectual community to take account of the obstacles we face as media scholars, educators, archivists, and activists, and to strategize collectively and productively about how we will work through these challenges in the years to come. What follows is a collection of field notes solicited from conference organizers. These abbreviated pieces synthesize key takeaways and offer insights on themes running throughout various panels.

Many industrially-focused panels at this year’s conference discussed television’s nostalgic (or cyclical) turns in content and programming structures. Perhaps the nostalgia that permeated much of the conference should also be examined in terms of its cyclical nature, as television routinely revisits successful strategies. Is nostalgia the root cause of the cycle, or a guise to attract audiences to similar content with less risk for networks and content creators? For instance, several speakers at “Remakes & Reboots: The Value of Mining Television’s Past” remarked on the ideological audience re-framing employed by television reboots like Fuller House, Gilmore Girls, and Murphy Brown. While phenomena like the post-network era and the second Golden Age percolate in scholarly discourses, how much of this “new” television is comprised of recycled structures?

This provocation returned in the following days at both “But What About Flow?” roundtables. In the first, we saw the extension of flow-like sequences applied to non-traditional television contexts like social media, online streaming platforms, and web series. Increasingly, these content sequences are not limited to the confines of their respective platforms, but connect to users’ daily activities through convergence and transmedia. Digital flow sequences are simultaneously always on and ephemeral, adding to the difficulties in analyzing their development and effects. In part two, focused on analog forms, the speakers and audience discussed the industrial motivations for flow-based structures, again returning to the notion of affective reflections or industrial strategy, and how the two are interwoven in television history. Additionally, what does such an understanding reveal about the ideological underpinnings of television production and its contextual histories? Through this return to television’s past, scholars are better equipped to ask how television will continue to develop in the face of changing distribution outlets, and assess why many of television’s competitors seek to recreate its norms. [page up]

One need look no further than President Trump’s late-night Twitter barbs with professional athletes to see that we are clearly in the midst of a compelling moment for sports media, as well as a particularly generative context for those who study it. This year’s Flow Conference featured a pair of enlightening panels on the subject, investigating the complicated relationships between sports leagues, teams, and players all linked by varying degrees to media conglomerates, networks, and personalities. These intersections provide a productive outlet for examining the industrial formations of the contemporary sports-media complex, as well as the contested cultural meanings produced through its everyday procedures and practices. For instance, the panel on the Precarity, Preservation, and Praxis of Sports Media Labor raised questions about the impact of unequal opportunities and resources in determining the flow of athletes across national borders and competitive organizations. Similarly, the panel on the Sports Television Personality considered the circumscribed agency of an inherently raced and gendered journalist such as Jemele Hill in negotiating the professional expectations of an overarching corporation with the intensified imperatives of social justice. Both panels sought to rupture the false binary between sports and politics, illuminating the subtle operations of power that value certain sports, performances, and discourses above others and reconstitute these hierarchies through sports media programming and partnerships. Whether approaching these issues from the vantage point of a profit-oriented institution, a set of media texts, or an individual sports celebrity, the evolution of modern mediated sport and its ideological opportunities and consequences represent an exciting space for future research. The sports media panels at this year’s Flow Conference indicate that this endeavor is well under way. [page up]

Bodies, Gender, and Queer Media at FLOW 2018
by Kathy Cacace

A constellation of panels throughout the Flow conference helped make visible the connection between the precarity of certain forms of human (and nonhuman) life and the difficulties of preserving evidence of embodied cultural forms in traditional archives. “Preserving Pornographic Media,” convened by Desirae Embree, helped to highlight the continuing difficulty of preserving pornographic media, driven both by institutional and cultural taboos around embodied sexuality and the ephemerality of the media itself. “Flowing Forms, Pt. 1: Real Bodies” and “Flowing Forms, Pt 2: Virtual Bodies,” convened by Jennifer Lynn Jones, asked “how media and bodies affect each other,” and panelists wrenched open definitions bodies and life to consider provocative commonalities between the human and nonhuman, the virtual and the flesh, the mechanical and the biological, cyborg and bacterial, and human bodies of color, of size, and of different nationalities, probing the ethics owed to matter in its many forms. The “Queer Forms” panel convened by Curran Nault helped to unearth the queer bodies routinely excluded from or hidden within media archives, considering both repressive transnational contexts, historical media forms, and animated media. The theme of bodily precarity resonated with the conference concerns, prompting media scholars to consider the transience of life itself and the deeply moving potential for media to circulate and preserve embodied forms of difference—if preserved. [page up]

As one of the core themes of the 2018 Flow Conference, media preservation was a widely discussed topic over our three days of panels. The most prominent conversation surrounded the benefits and drawbacks of physical and digital media artifacts, platforms, and services. Especially as academic scholars grapple with the precarious job market, media scholars also face difficulties in acquiring and exhibiting media that has become increasingly scarce in its availability and affordability. Media conglomerates are strongly valuing their intellectual property and protecting against unlawful or widespread distribution of valuable media, so preservation has become an activist, highly individualized, and expensive task. While there are local organizations such as the Texas Archive of the Moving Image (TAMI) or the Northeast Historic Film archive which attempt to preserve older home videos and films, there are limited resources available for those that want to preserve digital media housed on websites and other closed platforms. The conversations at various Flow panels ranged from how media platforms frequently cycle out old content in favor of the new, without much consideration for how obscured or difficult-to-find some media might become as a result; how we might find or further preserve daytime or other marginalized programming from the pre-digital era; how pornographic media is highly digitized and often misogynistic in what is privileged for preservation; and how sports media’s precarious existence and the oft-feminized labor surrounding it are important ideological issues. Preservation also remains an institutional issue for entities such as the Library of Congress, as conversions to DVDs or digital copies become a contested issue with regards to long-term viability. As we look ahead to a media landscape that increasingly aims to provide access to products rather than ownership of individual artifacts, media preservation will likely become more difficult and uncertain in a predominantly digital era. [page up]

Representation and Identity at FLOW 2018
by Nathan Rossi

Across three days of roundtables at FLOW 2018, current contentions in U.S. and global politics and culture had a clear influence on numerous panelists’ thoughts and provocations concerning representation and identity in media. Panelists on the “Media(ted) Archives” roundtable discussed the gendering of bad objects, such as video games, soap operas, and gossip and how the masculinization or feminization of these media texts informs their worth in archival practices. Given social movements like #MeToo and #TimesUp, Lamiyah Bahrainwala’s intervention that gossip needed to be taken more seriously as a form of archive-building was particularly compelling.

The “Latinx Representation in Hollywood” panel on Friday afternoon raised several important questions about why visible progress for Latinxs in mainstream media industries remains behind other marginalized groups. Collectively the panelists contended that the industry’s construction of Latinx audiences needs to be problematized. Diana Leon-Boys examination of Elena of Avalor (2016-) pointed to how Disney has often used representation in their animated programming as a “testing ground” for the rest of their conglomerate empire. Response to animated representation has often instructed future representation in their live action media, which demonstrated just one example of the multiple stages of Latinx audience construction.

Finally, two Saturday panels worth noting for their contribution to discussions regarding representation and identity were “Aesthetics and Anxieties: Contemporary Dystopian Television” and “Considering Contemporary Television’s Ideological Power.” The former emphasized how recent dystopian television has represented the fears of white liberalism, which are more often than not, fears that marginalized people are already facing. Panelist Mychal Shanks’ presentation of a whiteness spectrum of dystopian shows where The Walking Dead (AMC, 2010-) and The Handmaid’s Tale (Hulu, 2017-) landed at the “most white” end and Netflix’s 3% (2016-) appeared towards the “least white” end elicited a particularly strong response from the audience. The latter panel’s considerations of the intersection between post-racial television ideology, hipster racism, and the recent genre of what Taylor Nygaard and Jorie Lagerwey (2017) have called Horrible White People shows was particularly illuminating because it reinforced the pitfalls of colorblind casting. [page up]