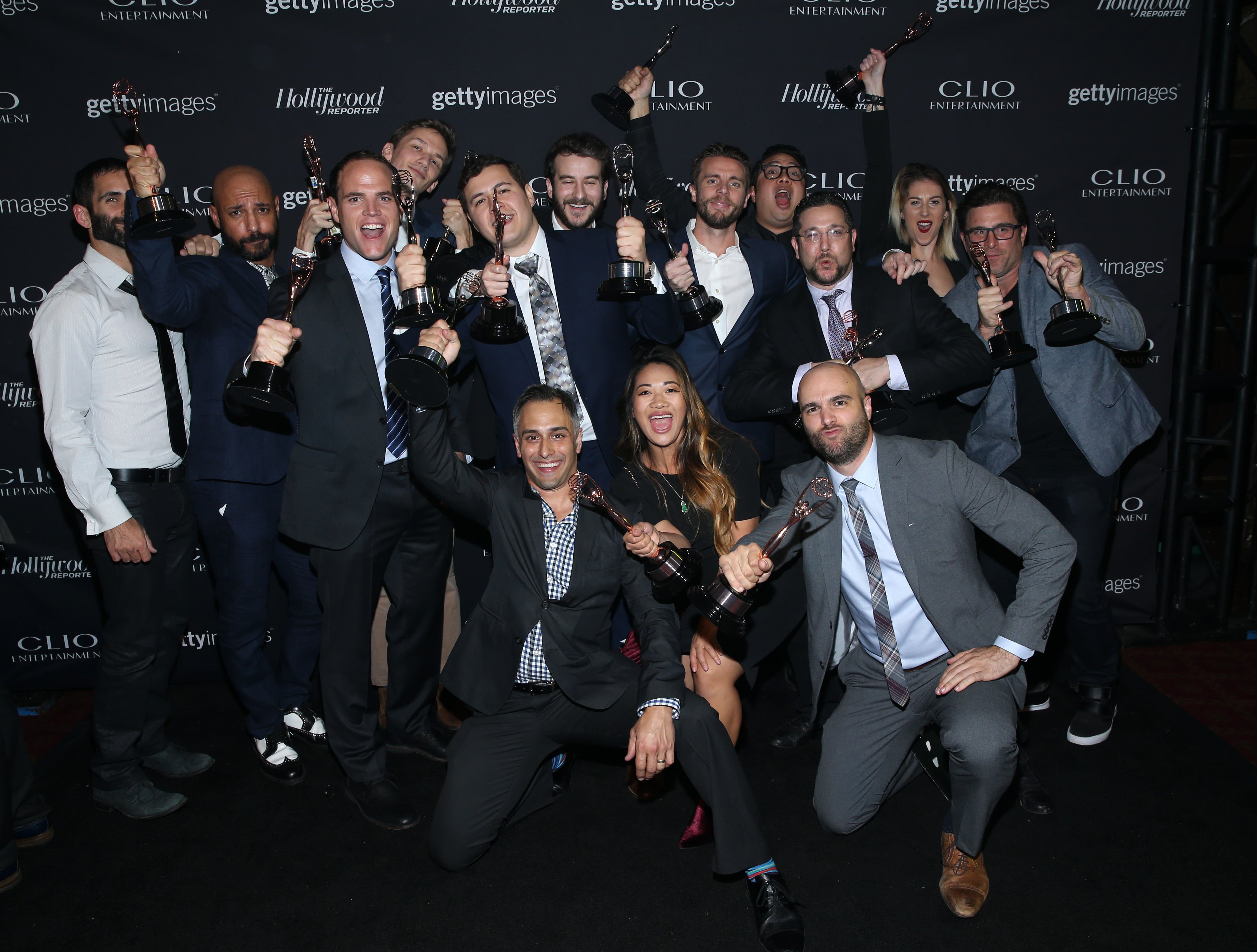 Winners at the Clio Awards

For many critics, contemporary movie trailers have lost their voice. Following the deaths of prominent voice actors Don La Fontaine and Hal Davis in 2008 and 2014, respectively, many covering the film and media industries used their deaths to bemoan the “lost art” of the modern movie trailer. Even Lake Bell’s In a World… (2013), which tells the story of a female voice actor trying to break into a field dominated by men, seems similarly nostalgic for an old-fashioned movie trailer business.

Yet, unlike the somewhat anachronistic world of In a World…, the promotional media para-industries have largely moved away from all caps pronouncements of “IN A WORLD…” or “THIS SUMMER…” Like much of film and media marketing history, stylistic trends like this one remain incredibly difficult to periodize with any certainty, given a tendency, replicated too often, to treat promotional material as subordinate, in-between, and/or ephemeral. [1] Thankfully, this trend is changing with recent scholarly, and archival, attention. [2]

Promotional media discourse, in its trade journals and rituals, treat stylistic change, like the loss of the trailer voice over, as evolutionary: in the seemingly inexorable march of progress, advertising techniques throw off anything which could hold it back from becoming ever more successful, sophisticated, supple, and artistic. So, while popular opinion may occasionally pine for the return of familiar, hand-holding Voice of God narrators in movie trailers, the promotional media para-industries have largely left this technique behind as a hackneyed device of a bygone era. 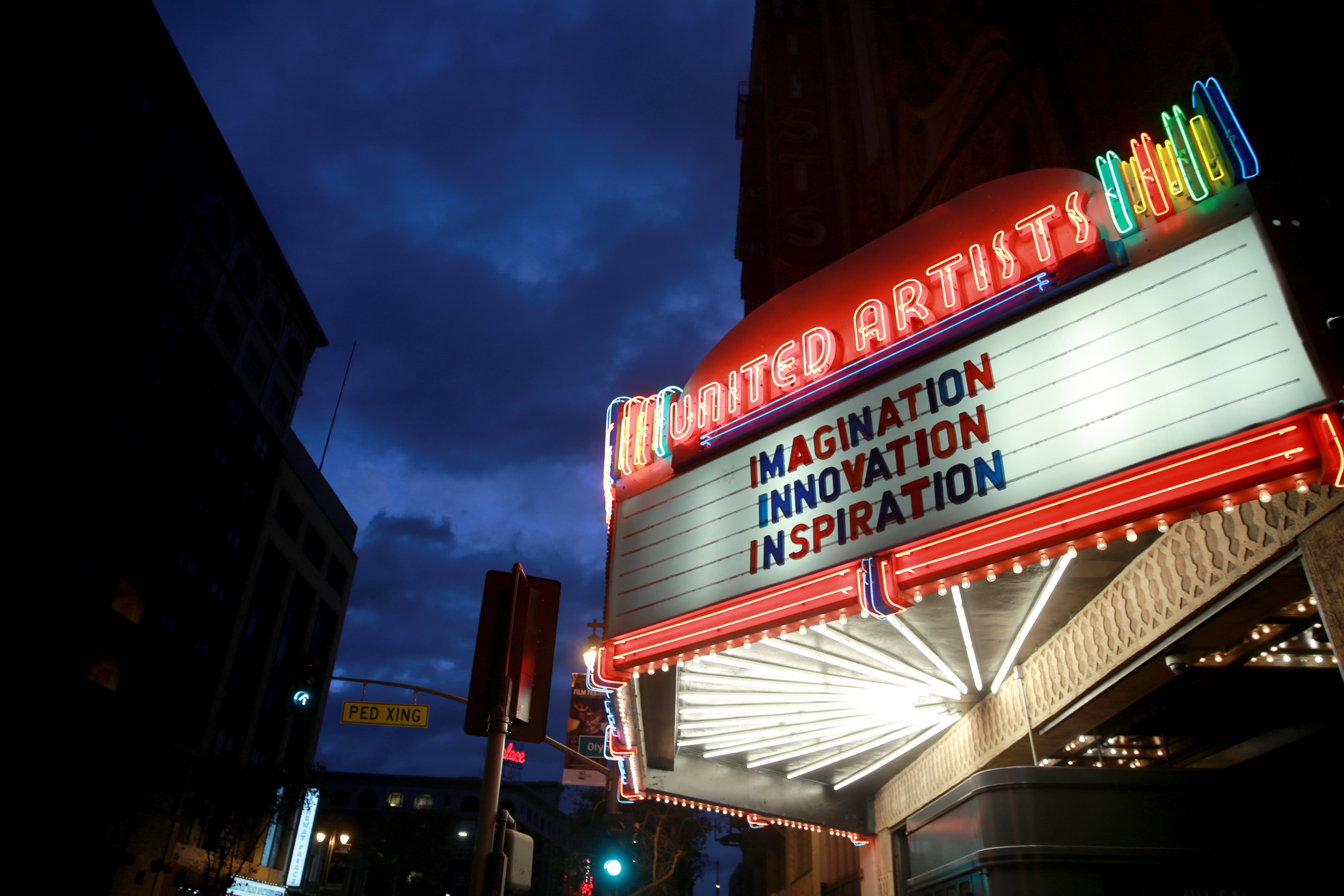 Formerly run under the auspices of The Hollywood Reporter, the Clio Entertainment Awards (née Key Art Awards) take place each year in Los Angeles. While untelevised, the Clios mimic televised award shows like the Oscars or Emmys, especially in their tendency to run over their allotted time and in their proclivity for insider humor. Much like previous ceremonies, the 2017 event was performed in a fairly ornate setting, the Theatre at the Ace Hotel (the former United Artists Building) in downtown Los Angeles; and featured a celebrity host (the now-disgraced Jeffrey Tambor). In this association with Hollywood as a space of glamor and creativity, the Clio Entertainment Awards seek to associate the work of trailer producers, editors and copywriters with directors, screenwriters, actors, and the other above-the-line creative talent honored at similar events like the Oscars. The Clios, then, function as one of the few sites where the generally unseen or otherwise taken-for-granted laborers in media promotion ascend, even if only for a moment, to the privileged status (and spaces) of media authorship. 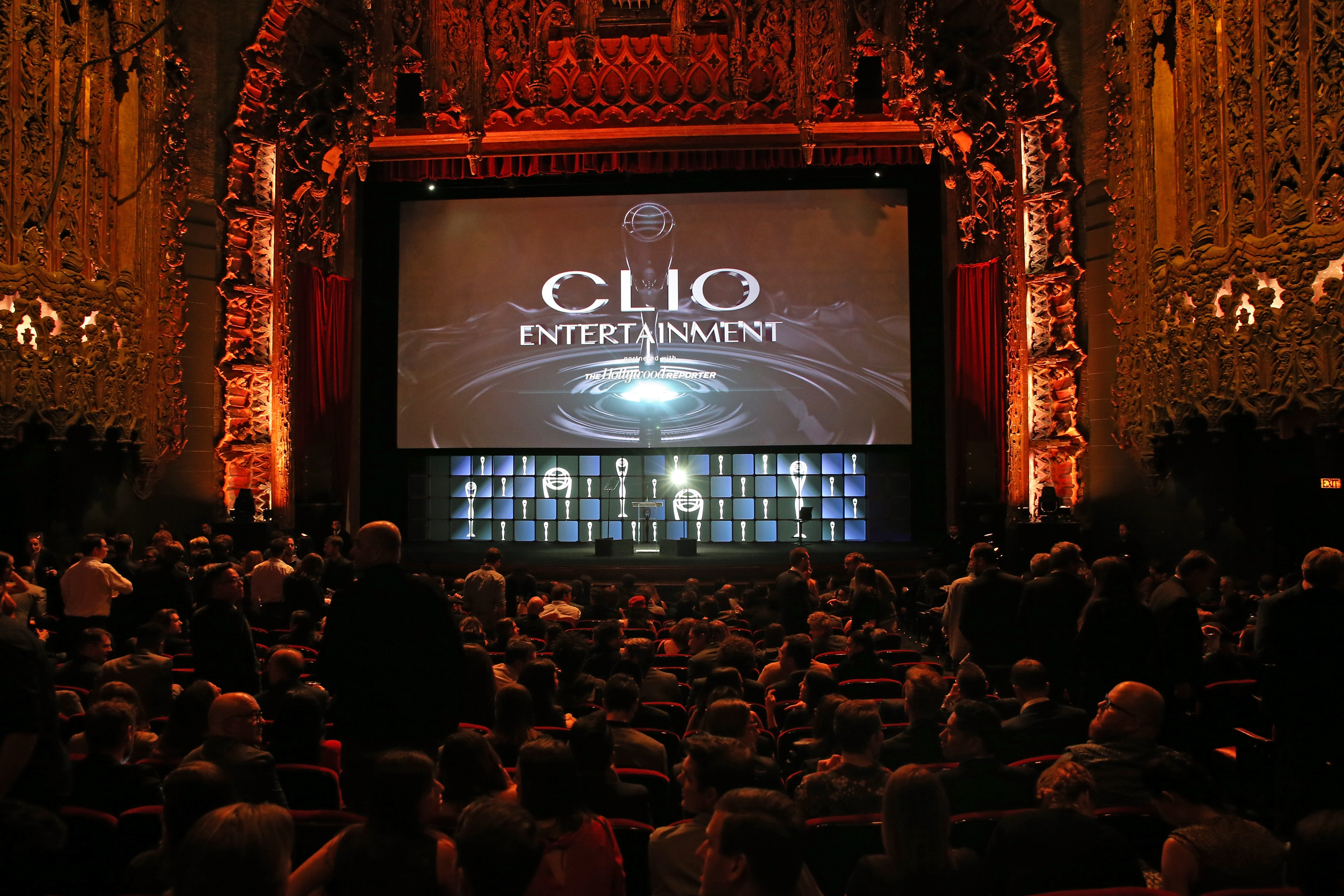 Inside the Theatre at the Ace Hotel for the Clio Awards

Since their inception as the Key Art Awards in 1972, the Clio Entertainment Awards have kept pace with the broader convergence and conglomeration of the media industries, shifting and growing categories to bestow prestige upon new media platforms and strategies. No longer focused exclusively on the film industry, the Clio Entertainment Awards instead cover promotional media in the broad categories of theatrical, home entertainment, television/streaming, and video games; and award prestigious Grand, Gold, Silver, and Bronze statues for the best trailers, posters, packaging, press kits, social media campaigns, and partnerships. In shifting or creating new award categories, the Clio Entertainment Awards help to catalyze the potential of new and cross-media promotion, setting standards of evaluation for work within this field; work which is valued, simultaneously, for its “effectiveness” (box office performance, impressions, reach, hits, likes) and its “creative excellence.” Trailer boutiques or agencies, as well as individual promotional media laborers, display these awards prominently in their offices, on their websites, and in resumes, attesting to the use-value of the Clios as symbolic capital, crucial to sustaining and acquiring new work within the field. [5] 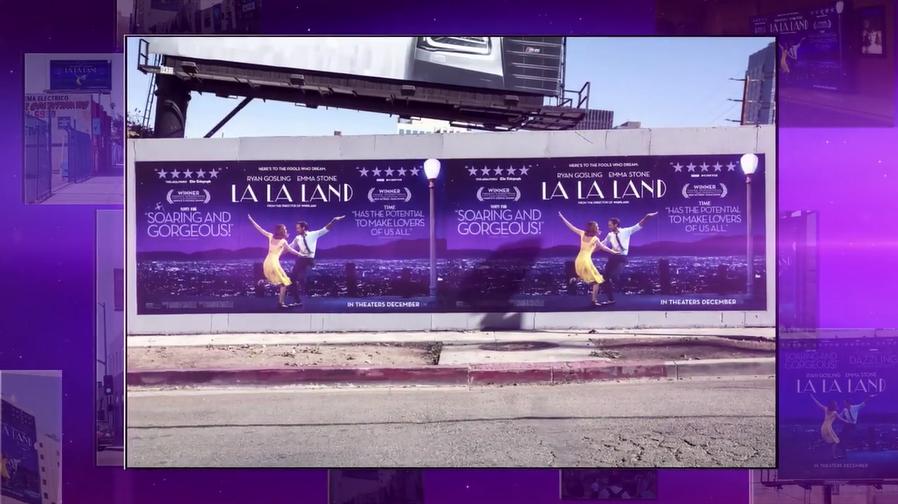 The Integrated Campaign Award perhaps most transparently illustrates how the value of promotional media is calculated. Like many other entries in the category, Lionsgate’s Integrated Campaign for La La Land (2016), winner of a Clio Grand award in 2017, consists of a short video which proves (to a jury of peers working in the field) the scope, reach, and artistic merit of a promotional strategy carefully managed across time, space, and media platforms. Essentially a trailer for an entire marketing campaign, La La Land’s Integrated Campaign video chronicles the execution of a promotional campaign from beginning to end: from the rollout of early teaser trailers, to the use of social media, to the orchestration of pre-release publicity for stars Emma Stone and Ryan Gosling. Furthermore, it does so by describing the four “movements” of the marketing campaign, inspired, the video claims, “by classical symphony structure,” drawing comparisons in this instance between media promotion and the formal structure of a classical art form.

Curiously, a male narrator guides viewers (and, most importantly, judges) through these movements, illustrating the continuities between promotion and the film. For media para-industries which have almost entirely moved away from voice-over narration in trailers, for instance, it’s intriguing that these videos so often rely on the anachronistic Voice of God narration as a structuring device, ushering viewers through an entire campaign, all in order to argue for the successful maintenance of key marketing messages. Crucially, however, the video is also careful to put that campaign in its proper, hierarchical place as media labor: ultimately, as the narrator explains, the campaign is serving the needs, or following the lead, of a parent text, and the integrated campaign for La La Land is, ultimately, only excellent insofar as it draws upon and supports the film La La Land.

As a semi-public trade ritual, then, the Clio Entertainment Awards afford us the opportunity to other sides of promotional media: how evaluation by its award-granting institutions is endemic to how these para-industries function as media labor; how these evaluations are not straightforward calculations of economic value, but dense negotiations of economic and cultural or artistic value; and how, despite being temporarily assigned the prestigious label of authorship, promotional media labor remains part of para- or support industries, labor whose value can be understood, ultimately in service of parent films, shows, franchises, or properties. How we think about promotional media, particularly as para-industries of media labor, needs to take into account the role played by prize-granting institutions like the Clio Entertainment Awards in structuring what work is considerable valuable.