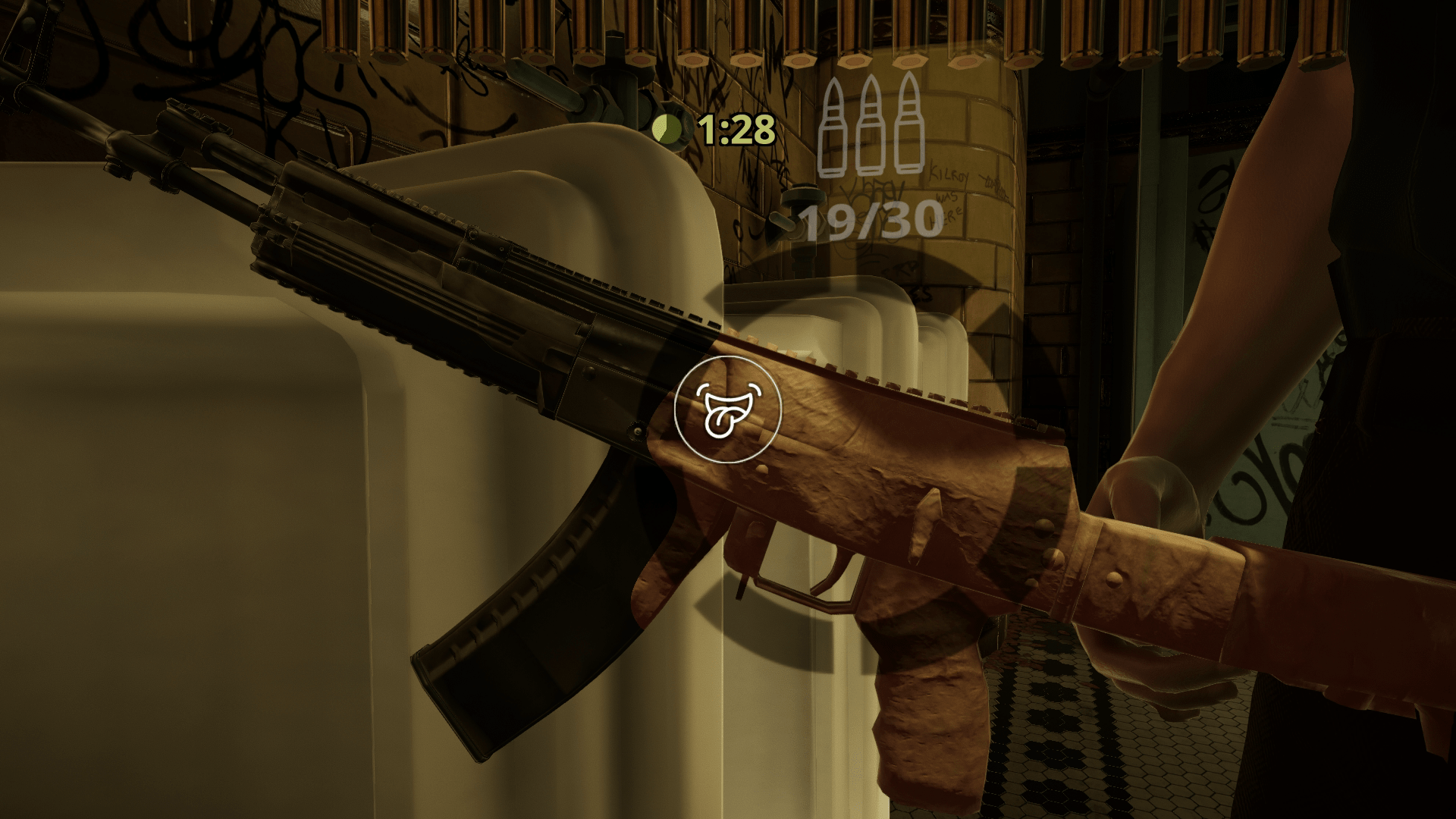 Second Life body shops are a smorgasbord of gender. Dog cocks, dragon cocks, nipples, labia, clits, and dilating anuses can share virtual retail space with the vanilla human penises on offer. Each part comes with a fantastic set of controls, allowing the user to enlarge, shrink, change angles, and even change the type and volume of fluid coming out. Amongst all this variety and customization, however, Second Life dicks are never floppy. Even when “soft,” they arc rigidly downward (See Figure 2). There are pages upon pages of physics scripts for sale in the marketplace that add jiggle and bounce to breasts and buttocks, but a search for “male physics” turns up only a handful of options. .PictureMe.’s “Aesthetic Niramynth Avatar Physics” hosts unsurprising complaints: “TOO JIGGLY mens [sic] boobs don’t move like that…and if they do they need to get back to the gym… Hence the words HARD BODY?” [1] “The Aesthetic avatar has hard tight abs, which wouldn’t move at all on a toned muscular male body; but this product has them bouncing like Santa Claus on the run. Completely unrealsitic [sic] and, thereore unuseable [sic].” [2] Too much jiggle spoils the man.

Our masculine bodies must remain firm and disciplined, ready to penetrate enemy ranks with bullets that rip through flesh. On the digital battlefield, they reach what Colin Milburn calls the “maximum hardness” of a pumped-up cyber warrior (181). [3] Death in gaming is a loss of this illusory control: the entire body becomes as useless as a floppy dick. When digital soldiers twist into their final repose, they expose the instability of their ultrahard gamic masculinity. Unpredictable, accidental bodily positions confront them: face down, ass up; hips thrusting toward the sky; arms crossed over the head as if tied to the bedpost; in suggestive embrace with a fellow fallen soldier. Ragdoll bodies are always already erotic, even when they make us laugh. Why not, then, floppy dicks?

The ragdoll’s unmaking of the hard, controlled masculine body has given way to games that put uncontrollable bodily performance in the service of gender experimentation and masculine anxiety. Bo Ruberg has made a compelling account of how Octodad engages queer modes of embodiment by asking the player to perform rituals of passing. [4] Ian Bryce Jones writes about the comedic potential in so-called dehiscent performance, where the disconnection between avatar and gamer bodies are central both to humor and to what he describes as an ecstatic experience of being out of one’s own body. [5] For the sake of exploring the erotics of the floppy dick, it is important to push Jones’s use of the ecstatic into its sexual registers. Does a flailing phallus, with its inability (or outright refusal) to obey its handler’s iron will, offer us another way to think about the erotic potential of soft masculinities?

The fixation on hardness restricts masculine individuals to a limited range of emotional and physical responses. Anger and violence, with their obvious shows of strength and rejection of weakness, predominate. So does a toxic cocktail of oppressive behaviors: hardness must repudiate fatness, disability, femininity, transness, and, frequently, homosexuality in order to maintain its integrity. Yang’s bathroom simulator explores these contradictions well. On the other hand, games like Mount Your Friends and Genital Jousting, in asking us to laugh at, play with, and celebrate the floppy dick, relax our expectations of hard masculinity and help us to imagine a world through the lens of what Vincent Del Casino, Jr., calls “flaccid theory,” which challenges accepted truths about normative sexual and gender practices. [6] This thinking begins with the phallus itself but allows us, in the manner of other queer theories, to think about other totalizing cultural expectations that move us further from a just society. By cultivating rather than ridiculing or avoiding flaccid masculinities, from the queer packy to the homoerotic digital jouster, we can find an alternative to the strong men and hard bodies that compose our current nightmare of toxic masculinities.