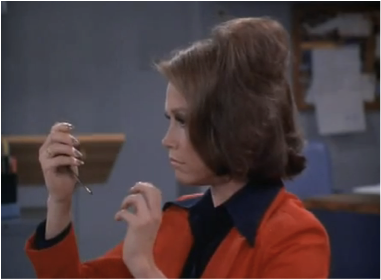 I have a bone to pick with Mary Richards. [1] 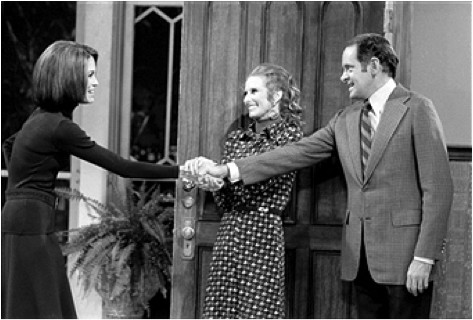 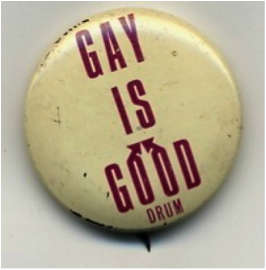 In the days after Moore’s death on January 25, 2017, columnist and radio host Colin McEnroe described Mary Richards as “just one of us,” meaning everyday folks. But fitting in as “just one of us” has dangerous implications. Fundamentally, Mary represented respectability, which is certainly one of the reasons The Mary Tyler Moore Show was such a hit. Across queer communities, Mary’s approach to finding her place in the world mirrors conservative gays and lesbians who do their best to appeal to the majority by saying in behavior and demeanor, if not actual speech, “We’re like you, straight people, so there is nothing to fear from us.” Liberal gay politics emerged from the gay civil rights uprising of the late 1960s and 1970s. In those early years, “gay is good” was the adage that sought to build equality with straight people. [2] Although the phrase is an artefact of that particular social and political time, [3] the ideology of sameness = equality pervaded later queer rights campaigns, most notably marriage equality. The position that “We’re not different from you, so we deserve the same rights under the law” had, and continues to have, political currency, largely because many queer people want to be included as “just one of us” and many straight people do not feel threatened by the logic of sameness. The result is that queers have become mainstream. We are out and proud, have supportive families and co-workers, and deserve equal rights under the law with straights.

I now see Mary Richards through older, more politically mature eyes. As much as she was a beacon of feminism, hers was a White liberal version. Mary sought to fit in and slowly work towards change, from the inside. She was not out to rock the boat, even when she landed herself in jail for not revealing a journalistic source. Being socially conservative and caring about what others thought of her, and being able to understand a reasonable argument, Mary Richards would have supported marriage equality if The Mary Tyler Moore Show were in production today instead of the 1970s. She might not have comprehended flamboyant drag queens of colour, radical faeries, bull dykes, gender-fuckers, or other marginalized groups within the broad spectrum of queer communities. Such marginalized queers were the ones who truly rocked the boat, most famously sparking the Stonewall riots of 1969, one year before the debut of The Mary Tyler Moore Show. The riots were about revolution and refusal to be pushed around by the cops who made raiding bars and hauling queers to jail a routine. The queers who fought back were unconcerned with respectability. They were angry and visceral. [4] Their uprising against the cops, and society broadly, was a foreshadowing of the now-hackneyed jingle, “We’re here, we’re queer, get used to it!” that Queer Nation made famous two decades later. [5] Fighting back was a refusal to gain a place at the table by capitulating to the politics of sameness. 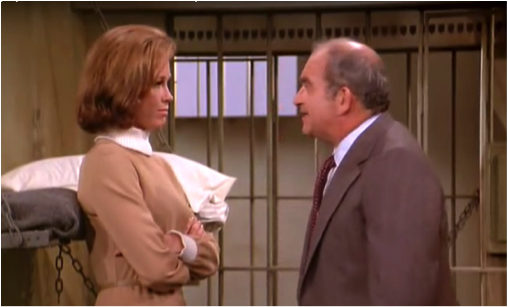