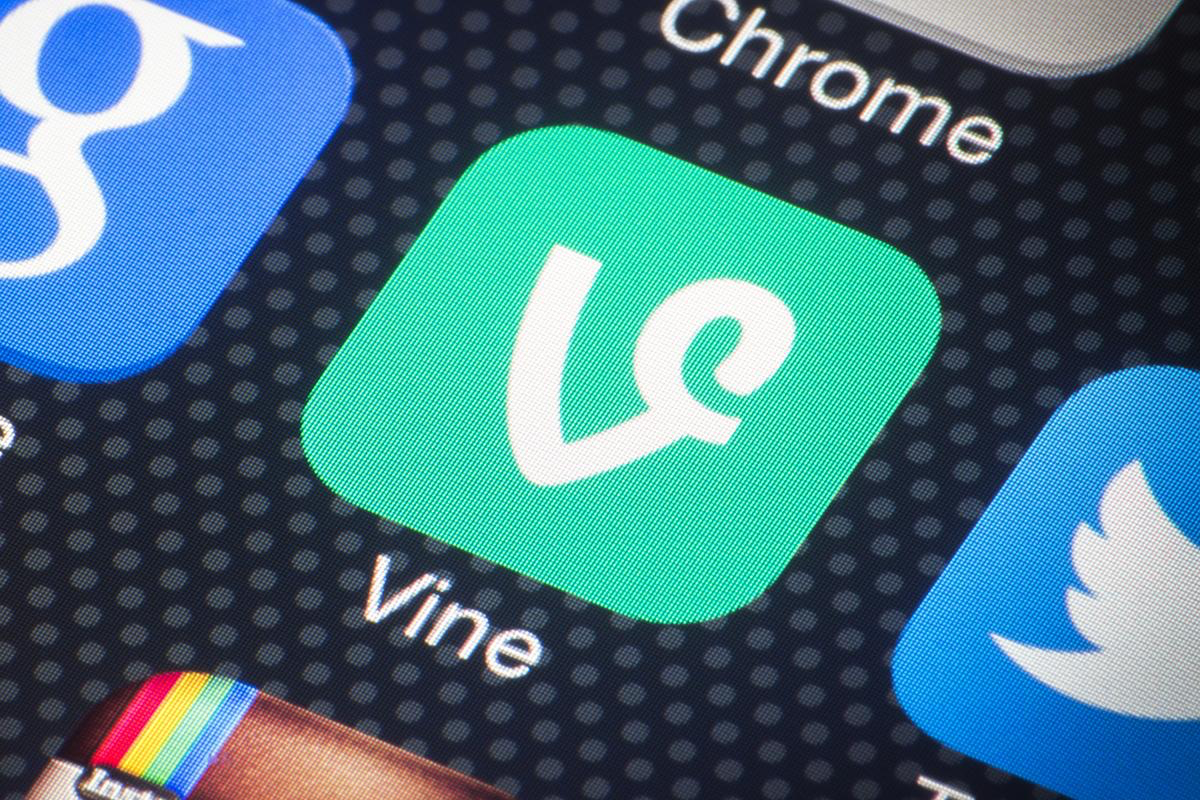 Starting in 2012, microblogging sites began featuring short form video with accompanying audio options. Vine introduced moving images with sound in 2012 as its primary form, and was shortly thereafter bought out by Twitter. Vine, Twitter, and Instagram all now allow viewers to post videos and to toggle soundtracks on short videos on and off. The resulting audiovisual forms in these different sites (site specifically and collectively) are in their nascent form(s). (See, for example, the Vine account “Vidder Vines.”) What are the current realities and future possibilities of short form fan audiovisual authorship on Vine, Instagram, Twitter, and, by extension through embedding and crossposting, the fan-favored interface, Tumblr?

Perhaps not surprisingly, fan video on Vine and Instagram mostly offer extensions of or paratexts to vidding as the central form. Nonetheless these Vine or Instagram short videos also exist as their own discrete works, playing on the interfaces they have been released within, looping by design, limited to 6 seconds (Vine) or 15 seconds (Instagram). Often signposted by the hashtag #vidding and/or #fanvid, many of these Vine or Instagram vids function in part as documentation of a vidder’s process in the making of another, longer-form vid. For example, the following Vine by BatB Vines, with the accompanying text “when I’m bored,” showcases the vidder’s use of particular filter and transition techniques and highlights the technical choices being made:

Since this video consists of a video capture, it also shows the metadata that accompanies the making of a vid, depicting in image the editing software and thus including the advancing frames, frame rate, and aspect ratio/frame size.

Sometimes Vine vids depict the moment when everything goes wrong—the pain that comes with the labor of production, as in this Vine vid with the accompanying text “mirror, mirror on the wall, who’s fucked up and lost it all.”

This Vine vid includes its own musical track that is likely not that of the lost vid, but rather a playful evocation of the drama of technological meltdown.

These short vid-in-process excerpts are part of the attention being paid to the labor of authorship via digital social media tools. These Vine vids exist in part to allow vidders to share work in progress rather than waiting until a work is completely done to share it with others. They also exist as self-branding and transmedia positioning for the vidder, highlighting their ongoing creative labor. Just as actors tweet from sets and writers tweet from writers’ rooms with tantalizing details of a TV series’ or film’s production, so to do vidders release moments of their works-in-progress as teasers for the full videos (or as advertisements upon the video’s release).

For example, the Vine vid “Monster” is an excerpt of a key transitional moment from an already released vid of the same title, and the text accompanying the Vine lists the vidder’s YouTube name and says “YouTube |Dexter || Monster|” thus referring to the vid being excerpted and directing the viewer to YouTube to view the full vid. The vidder’s name is not coincidentally the same on Vine and YouTube, thus rendering their YouTube and Vine part of a purposefully self-branded transmedia spread, with the Vine vid serving as advertisement for the vid as a whole.

The Evolving Aesthetics of Vine Vids

Although in some cases—such as shared works-in-progress, and short form teasers—we might consider these short videos secondary or tertiary texts, nonetheless these 6-15 second videos also have their own distinct independent life. They exist as discrete elements that circulate within their home interface and moreover, anywhere in which they are embedded, including new streams and multiauthored contexts in Tumblr etc. Thus, what of the Vine, or Instagram video as an independent form or aesthetic? One could certainly argue that the documenting of editing labor is its own aesthetic, one that calls attention to fan intervention and power via digital tools. But the 15 or 6 second limit and on/off audio toggle offer their own stimulating/formative creative limits. Like the drabbles or comment fic I referred to in my previous post, or like the 100×100 pixel icon art form that Kristina Busse and I wrote about in “Limit Play,” the Vine vid and Instagram vid offer restrictive constraints that can force creators to pare down and concentrate, to make a point or argument within a tight audiovisual economy. But despite the formal limits, the conceptual possibilities are still abundant and multiplicitious, a la the infinite scroll I talked about in my last post. That is, editing tools can weave together multiple textual references within even a six second Vine vid. For example, Brian Rovia’s “Murder Dads vs. Dadstiel,” which combines and parallels the TV series Hannibal and Supernatural.

That such Vine vids may be excerpts of fuller vids does not undermine their status as objects of their own with their own formal and cultural demands. Not every six seconds of a vid will work as an independent module, looping on its own. I found this out in a very tangible way. Initially for this blog post, I planned to make a Hannibal/The Lodger fanvid that I would also release as a series of six second Vines as I went, with each Vine drawn from a single episode. I found out very quickly that the demands of a six second Vine are quite different from the pacing and build of a three minute video, and the two sets of expectations fought one another. I may still continue with this experiment, but I am less confident that both can be simultaneously equally successful. I was able to make one Hannibal Vine vid that I am reasonably happy with. However, to keep up on this level of audiovisual pacing would, I think, make for an exhausting vid. At least that’s my hypothesis. But this points us to the evolving aesthetics of Vine vids, even those that are excerpts of longer vids, in that they need to effectively flow in a continuous loop, creating a sustained visual impact, inviting viewers to ponder the repeated visuals, effects, and audiovisual relationships. To me, a successful Vine vid is in part mesmerizing; watching one is a meditation on another’s meditative reworking of a source text.

Vine Vidding and the Videographic Essay

While the formal limits of the Vine vid or Instagram vid may be fairly restrictive, this doesn’t mean that they can’t evolve particular aesthetic expectations (as discussed above) or make sophisticated critical arguments. I want to focus for the remainder here on the latter: the potential for the short fan video form to make complex and/or purposeful critical interventions. In doing so, I’d like to put forth a connection between the Vine vid (and for that matter, “full size” vids as well) with another evolving aesthetic form—the videographic essay or videographic criticism. With the introduction of the journal [In]Transition and the increased incorporation of works of audiovisual scholarship by media studies academic in, for example, on a panel on “New Directions in Videographic Criticism” at the upcoming Society for Cinema and Media Studies, media studies academics are increasingly bridging the assumed divide between authoring about media and authoring with media. [In]Transition’s call for “papers” defines the form in broad terms as follows: “The work, which can be of any length, should produce new knowledge about its subject, or about film and moving image studies, through its audiovisual form.” Where videographic essays create new knowledge about the subject or moving image studies, vids and Vine vids create new knowledge about their media source and/or the shared knowledges of fandom and audience culture.

For example, Brian Rovia’s “Murder Dads vs. Dadstiel” not only combines Hannibal and Supernatural, but makes a pointed comparison between the alternate family structures that fans recognize on both series, spelling out how not only that fans see Hannibal and Will as unlikely #murderhusbands but also “Murder Dads” as they attempt to care for Abigail; likewise, fans read monster-hunter Dean and angel Castiel as having not only reached the status of old married couple, but so evidenced through their care for teen girl Claire. This short 6 second Vine vid argues for the presence of these arguably queer, alternate family structures in both shows, and more largely points to this alternate family structure as a trope reaching beyond a single text. Thus this Vine vid creates “new knowledge” about the media sources invoked, about the preoccupations of contemporary television, and about fan investment in the tropes of contemporary television.

Although not identical forms, the vid, the Vine vid, and the videographic essay coexist in an ecosystem in which their authors use audiovisual editing to critically engage with media texts, digging deep into individual texts and mapping out the relationships between them. Moreover, through these seemingly divergent forms, authors also articulate their own positioning within a multi-textual culture and within communities of readers, be they academic, popular, fannish, or a mix of all three. Rather than relegating them to separate realms of culture, I encourage us to think about the potentials for conversation between these evolving popular and academic forms of video remix culture.