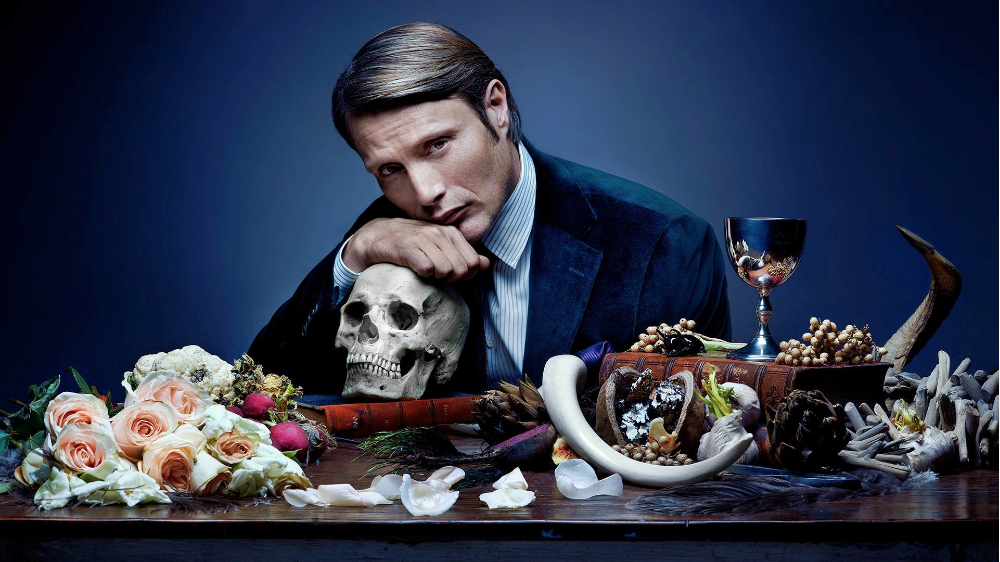 This essay concludes the third part in a series of reflections on the role(s) horror plays within the televisual medium. I shape(shift) analysis to imitate Jonathan Gray and Amanda Lotz’s Television Studies method by surveying four intertwined tiers or tenets: content, contexts, audiences, and industries. Given Flow Journal’s brevity model, I formulate an incredibly shrunken micro television studies prototype.

As a rhetorical recap, Part I examines previous horror film franchise design and Hammer Horror in particular. Part II investigates the visual discourse Hammer Horror holds with period horror television drama Penny Dreadful. Whereas horror film sequels have always attracted attention—whether for lessening audience impact or B-movie production values or the diminishing returns of both—the televisual medium is relatively nubile in this way. Comparable to horror comics of the 1950s, early TV horror resembles kitschy material like Tales from the Crypt or mystery/sci-fi genre admixtures with mainstream appeal (e. g. Twilight Zone or The X-Files). While 70s cinema pushed boundaries in the social establishment with horror fare like The Exorcist, Texas Chainsaw Massacre, and Halloween, television remained oppositionally upright due to FCC regulations and such cultural interpretations of prime time as the “family hour.”

As numerous scholars and critics note, HBO helped innovate (and renovate) television from the inside out. Not constricted by traditional boundaries, HBO and other pay-cable options adopted unfiltered models that prove titillating for audiences and profitable for artists and stakeholders.

Just as genre theorists investigate textual happenings from invention to convention, with conventions becoming so commonplace as to lose their rhetorical power, the natural progress of titillation (as an aesthetic affect) can lead to the dulling of senses or the rebirth of new ways to stimulate aesthetic experience. Arguably, one of the cheapest [production] and fastest [response] methods to produce audience affect is through shock. And a bankable model from the film industry, the horror genre, proved an enticing and mostly untapped resource at the dawn of the “Prestige TV” or “Quality TV” era.

The Trans-Genre Function of a Rotten Aesthetic

Given traditional ideological strongholds among producers, consumers, industry standards, audience expectations, and the economic entanglements between each, television (as a ubiquitous personified entity, a la The Thing) required a liminal conduit in order to successfully re-introduce the horror genre to audiences. Enter a term I’ve elsewhere introduced in the rotten aesthetic. The rotten aesthetic engrosses the lush production values, high definition cinematic artistry, and dark-themed subject matter prevalent among much “Prestige” programming and transfers those qualities into televisual modes of shock and horror: severed heads and appendages, quick and violent character deaths as narrative cliffhanger devices, recurring motifs implying if not depicting incest and rape. Prestige programming often trudges through “adult” themes with graphic detail in ways that function like dropping candy in the forest to lead those with a sweet tooth down to the witch’s cottage. Once audiences adapt to grim and gritty standards and the aesthetic shocks of liminal appetizers like a Criminal Minds or Dexter, unsuspecting crime shows like The Sopranos and Sons of Anarchy, until the path narrows in horror specificity in later programming like True Detective, Hannibal, or the postmodern fragmentation (narrative and temporal) haunting American Horror Story. It is a looking glass effect that draws audiences deeper down the aesthetic rabbit hole into warped worlds and macabre monstrosities. Ironically for industry producers, the next cause for concern might be whether or not viewers’ senses turn too numb to scare.

True Detective﻿’s genre-mixes the detective mystery, the mythological abyss, and the psychological-fantasy metaphor of being drawn into the proverbial rabbit hole, whereas American Horror Story just mixes…everything…into a grotesque horror cocktail.

Just as B-movie horror aligned with youth appeal in the 1950s—invoking new waves every generation or so since—monster movies appeal to even younger audiences as well. The line between “kid friendly” thrills and exploitative schlock traditionally kept between boundaries determined by the MPAA and the general guidance of parents and adults. And yet as the boundary for authentic shocks transitioned to more general audience appeal with mainstream success for films like Psycho, The Exorcist, and Alien, genre films like John Carpenter’s film canon generate massive cult followings that continue to mutate. For example, consider Nickelodeon’s most recent animated (re)incarnation of Teenage Mutant Ninja Turtles. Like the original 80s/90s cartoon, numerous plots borrow quite liberally from B-movie sci-fi and horror, while as a brand rooted in nostalgic simulacrum, TMNT must also navigate its own self-aware cycle of animated programs, live-action features, comic book origins and extensions, toy lines, and the postmodern eras and consumerism admixtures that interconnect the text’s synergistic spreadability. Where the 80s version drew from obscurity in the Roger Corman B-movie tradition, Nickelodeon’s revision exploits iconicity from mainstream blockbusters alongside the cult classics taught in film major seminars today. Indeed, the front half of TMNT’s third season regurgitates a pantheon of horror tropes and grotesque cinematic signifiers [examples below]. 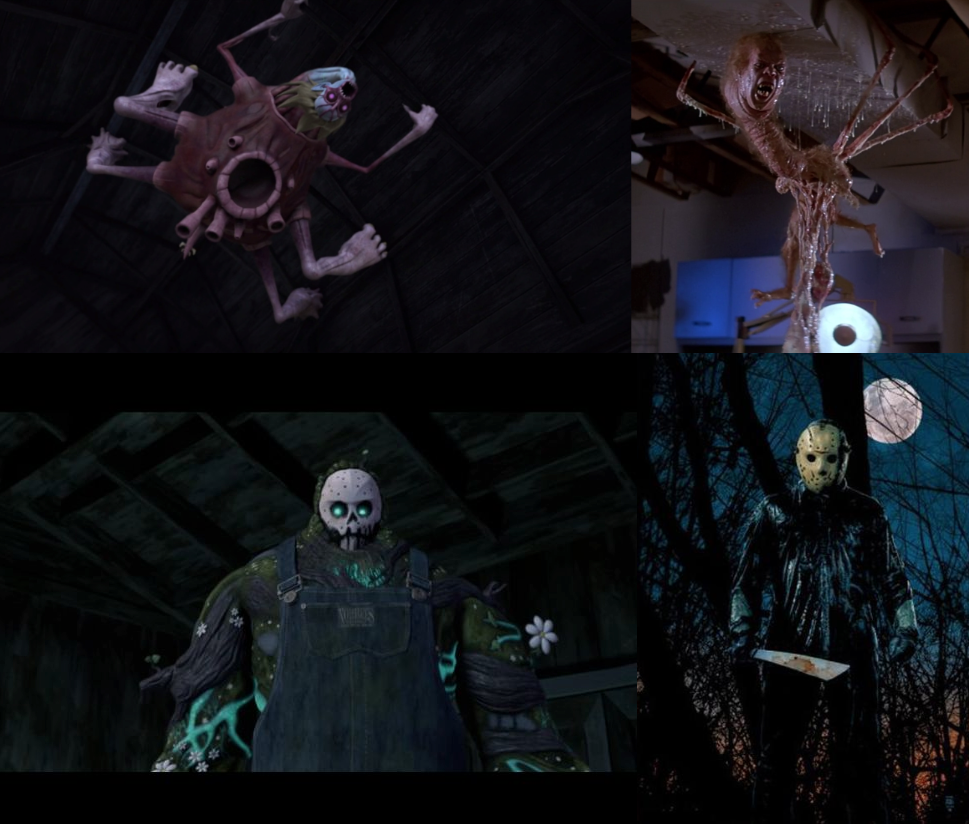 Nickelodeon’s Teenage Mutant Ninja Turtles not only offers homage to gross out horror like Carpenter’s The Thing and Raimi’s The Evil Dead in the episode “Buried Secrets” but also diabolically genre-mixes horror references like Friday the 13th boogey man Jason Voorhees as “The Creep” in  “Within the Woods”; an episode that shares the same name (and sub-theme) as Raimi’s unreleased short film.

If anything, the Nickelodeon TMNT example communicates that horror, like all veritable properties within Western capitalism, is now part of the Peak TV franchising boom. Whereas the horror genre once hinged upon the narrative rule of sequence [exposition–>tension–>horror–>climax–>denouement(–>twist?)], televisual scares must be serialized. Accompanying the complexities of horror serialization, diminishing returns remain problematic for film and TV, along creative and profiteering fronts. Televisual productions must innovate narrative frameworks that sustain and build audiences in order for the model to continue. Streaming service industry models and emergent fan cultures have shown producers that nichification is big business. Thus, the horror model becomes both an old and new siphoning well for source material. Each of the leading horror series in recent years regurgitates known properties in name, concept, or both. The Walking Dead derives from the graphic novel boon of the early 2000s, Hannibal cannibalizes the character/narrative/visual canon of Thomas Harris’s books and movie adaptations, and American Horror Story stilts scares when the text’s patchwork template veers closer to overt horror genre-mixing. TV horror borrows and remixes recent literary adaptations with sultry camp and melodrama (see True Blood, The Vampire Diaries, and The Strain).

Ultimately, industry equals competition. Don’t just give the masses what they want, give them more than they have time or money to consume. Create a panic, mass hysteria toward your product. Scare them into choosing between and abandoning other genres by flooding the market with your genre product. Shiver in horror at the invisible hand of the free market as it knives through culture, sub-dividing into niche demographics with grotesque persuasive appeal.

TV LIVES! or Invasion of the [Televisual Media] Snatchers

No matter the trope or convention, the invention or repetition, context matters. Stories depicting the horrors of evolution gone wrong share a rich history within the macabre genre. Television, as a medium, experienced a kind of arrested development early on before evolutionary shifts in the monstrous rise of cable and satellite television. Not wanting to fall victim to the Internet the way the film industry or print journalism struggled to adapt, television found new shelf life [or host body?] amidst DVD boxed set popularity in the late 90s and early 2000s. In a fight or flight scenario with the Internet’s invasive omnipresence, television exhibits a kind of last girl resilience, adapting its strategy by adopting multi-modal experimentations across various streaming services. It hasn’t captured one body so much as it inhabits the hive mind, the zeitgeist.

Exhibiting spreadability, the horror franchise model extends its textual, contextual, and audience awareness. Conscious of traditional TV models blocking similar products, A&E follows the Pscyho prequel (or “preboot”) Bates Motel with Damien, an antichrist adaptation of Richard Donner’s horror film (turned franchise) The Omen. As a theoretical mode of commoditization, repetition rebrands itself under the (dis)guise of “nostalgia” with reanimated seasons of cancelled series The X-Files and Twin Peaks. On an industry level, this society of the spectacle has not forsaken sequelization or prequelization with Starz revamping Ash vs. The Evil Dead. AMC extends the most popular horror franchise with the West Coast same-universe Fear The Walking Dead.

Starz resurrects the original creative team for Ash vs. The Evil Dead, promising viewers a sense of horror authenticity, continuity, and temporal elasticity.

With The Exorcist television event in the works, and more horrific content conjured, industry intent becomes a name game cash grab with nearly every recognizable horror brand in some stage of re-development, stretching the elasticity of cinematic style and sequence (talk about a blood spatter metaphor). With the post-apocalyptic and superhero zeitgeists fully saturated, TV’s horror cycle becomes highly mimetic and may prove one of the quickest TV genres to exhaust. In (a)ffect, horror’s occupational explosion of recent televisual output might best function metaphorically for TV’s spectral psyche, as the medium morphs into its next host form. 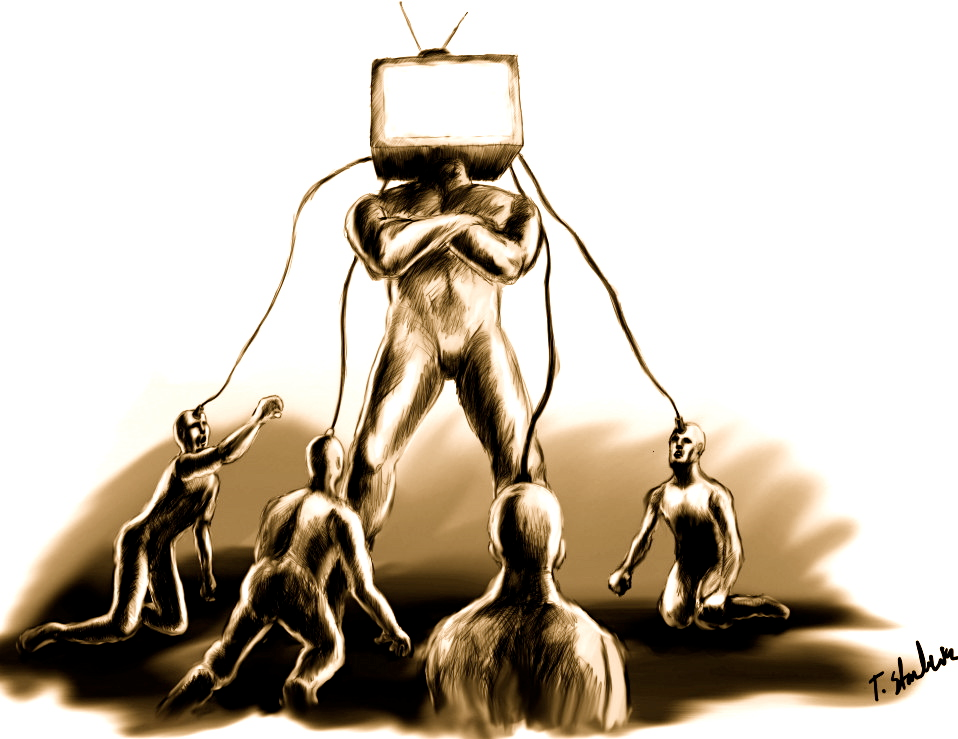 Friend or Foe: Television’s ubiquitous power as an invasive medium.