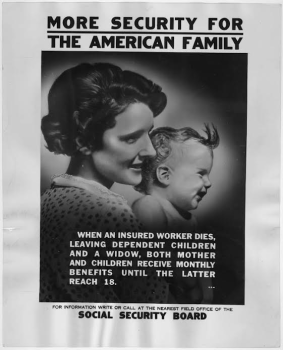 Radio history offers fertile ground to explore the roots of contemporary media forms and formats, as well as perennial problems faced by mediated communication. These problems include questions of authenticity and verifiability, the dialectic of isolation and connectivity, and the issue of media education. The role of media as means of education remains a pressing question in the face of global health emergencies, large-scale disasters, and geo-political conflict. Civic groups, NGOs, governments and corporations continue to use both traditional and Internet-based media to communicate educational and pro-social messages to large and small communities alike. Just as important, however, is the role that media play in everyday learning via cultural production, consumption and socialization. What does it mean, then, to educate through media? Is it a process of propaganda, modeling, selling, or informing? How do these practices work together?

This column offers a brief exploration of these questions by examining the educational broadcasting experiment undertaken in the 1930s through the institutional framework of the Federal Radio Education Committee (FREC).1 Using the mandate of the FREC, New Deal government agencies – particularly the U.S. Office of Education and Federal Theater Project Radio Divisions – worked closely with commercial networks to develop educational programs for national distribution. After Roosevelt’s landslide reelection in 1936, “federal agencies flowered into [radio] programming centers,” and, by the end of the decade, over 40 government agencies and divisions were writing and producing radio broadcasts. The Office of Education received an estimated $2.8 million worth of network airtime for 12 radio series, and the Federal Theatre Project was given $5 million worth of network radio time for 59 series.2

Government officials involved in the New Deal broadcasting project argued that radio should be developed into a medium of “democratic propaganda” that “can spread the ideas and ideals of America, can ‘sell’ America to Americans…”3 In the spirit of advertising associated with commercial broadcasting, another official stated, “I believe you can sell government the way you sell soap.”4 While deep tensions existed around the concept of propaganda in the interwar period, the idea of persuasive communication in the service of selling was deeply ingrained in American culture. Advertising and publicity gained a foothold in everyday life in the 1920s and 1930s with the growth of chain stores, corporate-controlled media, and broadcast advertising. Rather than seeing a contradiction between propaganda, education and advertising, these New Deal officials identified a kinship between them.

Working primarily with commercial networks and stations, New Deal radio divisions developed programs that would fit audience (and producer) expectations of what a “commercial” program was. They adopted commercial genres including variety shows, detective stories, audience participation shows, and the historical pageant or “cavalcade” program popularized by DuPont’s Cavalcade of America (1935-1953). Cavalcade shows, which offered a procession of historical, scientific or cultural achievements, included The Epic of America, American Immortals, History in Action, Women in the Making of America, Gallant American Women, Americans All-Immigrants All, Brave New World, and Freedom’s People. Freedom’s People, in particular, developed an innovative and gripping sound montage to present an historical revision and celebration of African American life.5 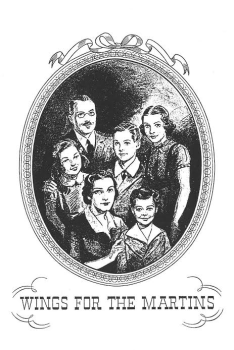 Entertainment-Education: Wings for the Martins

The New Deal radio divisions also produced shows in the “family drama” genre that rose in popularity in the late 1930s and 1940s with commercial programs such as One Man’s Family (1932-1959) and The Aldrich Family (1939-1953). This genre, which focused on non-ethnic, white, middle-class domestic life as a bulwark against social insecurity, provided a forum for popularizing New Deal social programs.6 Two of the most widely distributed family drama programs were Wings for the Martins (1938-1939), produced by the Office of Education, National Congress of Parents and Teachers, and NBC for broadcast on the NBC Blue network, and Pleasantdale Folks (1939-1940), a transcription program created by the Social Security Board, Office of Education and NBC for distribution to NBC affiliates and other stations.

A look at these programs reveals an approach to educational broadcasting that resembles the philosophy of contemporary Entertainment-Education (E-E). Theorists and practitioners of E-E argue that the distinction between media entertainment and education is a needless dichotomy: what works to sell commercial goods can also sell pro-social messages. The practice of E-E is fundamentally based on the concept of modeling – the idea that mass media “educate” people to the extent that they provide powerful models for behavior and attitude formation.7 For example, the first episode of Pleasantdale Folks invited the listener to, “Meet the Johnson Family of Pleasantdale: a typical American family in a typical American town. They should be as familiar to you as people in your own home…”8 Listeners were invited to see themselves in the Johnson Family and learn about Social Security programs that could alleviate their hardships.

Wings for the Martins similarly asked listeners to recognize themselves in the Martin Family as it explored everyday problems of raising and educating children. Each program began with the announcement: “Wings for the Martins! A program for all of us who stand by while the younger generation tries its wings!” As the Martin family worked to adapt to changing educational practices, it drew on parent-teacher organizations and local community resources. In one episode, Arnold Martin learned about the new, more practical concept of “homework” that was replacing the old practice of “night work”. Instead of being a vehicle for promoting Jello Pudding or Palmolive Soap, the comical situations encountered by the family promoted new educational practices and a New Deal focus on community awareness and involvement.

Because they worked closely with commercial stations and producers, New Deal government radio divisions patterned their shows on successful commercial genres. Although New Deal radio programs informed listeners and offered them resources for further learning, they did not encourage the audience to examine or evaluate government policies. Instead, educational programs followed the commercial model: they sold New Deal social and cultural policies the way commercial programs sold soap.