The “televisualization” of the comic book film.
Looking back at the year 2014, Mark Harris of the sports and pop culture blog Grantland recently characterized Hollywood as haunted by superheroes, unable to break its cyclical dependence on formulaic sequels even as that franchising threatens to “poop all over everything.” Such overwrought, doomsday reflection on the “toxic” and “annihilating” creative atmosphere within the blockbuster-driven film industry is anything but novel. Over at Antenna, Brad Schauer has explored the ways in which critics lamenting the supposed end of narrative in Hollywood position themselves as the “last bastion” of good taste in opposition to the audiences of comic book films, and his research more broadly has revealed the long history by which science fiction and other franchise blockbusters have been dismissed by critics. So I’d add very little here to merely take Harris to task for keeping that story running. But where Harris does make an extremely valuable contribution to our understanding of contemporary Hollywood—in need of both further exploration and further critique of the kind Schauer might call for—is in his realization that the contemporary comic book blockbuster has given film an increasingly televisual quality.

Of greatest concern to Harris about the film industry of 2014 is the way that it replicated itself into 2015 and beyond, as made most tangibly clear by the carefully planned futures of the DC Comics and Marvel Comics film franchises. Each company made spectacular announcements throughout the year revealing the titles of dozens of comic book films to be produced by the end of the decade. As Harris writes, the film industry of 2014 is all about “creating a sense of anticipation in its target audience that is so heightened, so nurtured, and so constant that moviegoers are effectively distracted from how infrequently their expectations are actually satisfied. Movies are no longer about the thing; they’re about the next thing, the tease, the Easter egg, the post-credit sequence, the promise of a future at which the moment we’re in can only hint.” Despite his doom and gloom, Harris provides here an extremely useful perspective on narrative aesthetics in contemporary media franchising. Much as I have argued that media franchising applies the logic of episodic production long central to US television to a host of other entertainment industries, Harris conceptualizes this promise and anticipation of the future as a televisionification of blockbuster film. “TV knows how to keep people coming back, which is its job, every day and every week, and is a quality that, above all others, the people who finance movies would dearly love to poach,” Harris writes. While the specific episodic logics that have long been a part of comic book form can be seen to have their own transformational effects on television (as argued by Alisa Perren), Harris’ insight encourages us to look in parallel to television studies to understand what is happening in the industrial embrace of the comic book film. 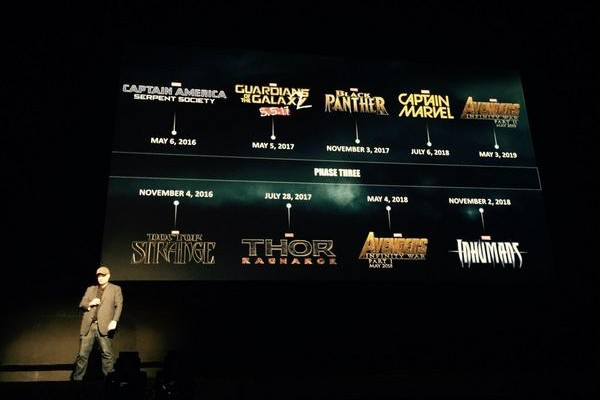 The Marvel film slate through 2018 is announced.
While Harris’ invocation of television seems meant to evoke a sense of monotonous, economically determined, illegitimate, and above all risk-averse form of cultural production to justify his claims about creative bankruptcy, television scholars might consider the case of comic book film franchising with somewhat more ambivalence. Yes, we have long known that episodic television is an especially risk averse and particularly repetitive cultural form. Yet TV scholars like Jeff Sconce have considered what it might mean to be creative within that context. Thinking about the challenges of ongoing, episodic production and above all the need to generate episodic difference amid the reuse of series and generic formula, Sconce argues that the “true art in the algebra of televisual repetition is not the formula but the unique integers plugged into the equation.”1 In this way, television studies can prompt us to think about franchised creativity as something that comes as much in response to repetition as something annihilated by it. Creativity in that sense might be a little less celebrated and magical, and instead a more negotiated struggle through which formula support both stasis and change at the same time.

Harris’ essay seems to focus only on stasis. He looks at the production slate for Marvel Studios and sees the extension of a 2014 formula (itself an extension of what’s proven successful in years past) to the next several years of blockbuster filmmaking through 2020. He sees the replication of that formula as a reason to be concerned for all “the movies that aren’t getting made.” And he’s right. The Marvel films are nothing if not formulaic, and the crowding of the blockbuster market by comic book films like here https://grademiners.com/dissertation-chapters —to say nothing of what blockbuster emphasis in general means for quieter independent projects and untested ideas—is a concern about diversity of voice and perspective that cannot be waved away by a conversation about the art of repetition. But Harris’ invocation of television means we have to think about the unique integers demanded by repetition too. 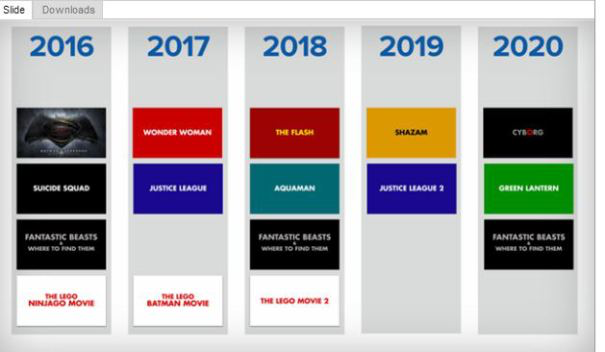 The DC Comics film release line-up through 2020.
Of course Harris is willing to admit that with the huge number of comic book films being
produced, the odds are that one or two “good” movies will “sprout up.” Instead of looking at such instances as anomalies in an otherwise homogeneous sea of carefully managed production, though, we might think about them as important parts of franchising logic—the variance and “unique integers” necessary to keep the formula fresh and, especially, to adapt that formula to new audiences and tastes. More than anything, Harris seems troubled by the “Stalinist” way studios have planned out the road to 2020, introducing one new comic book hero or property after another to be run through the same blockbuster franchise formula. For DC, Superman vs. Batman will lead to Suicide Squad and Wonder Woman; for Marvel, Avengers: Age of Ultron will lead to Ant-Man and Captain Marvel. Yet there’s something permitted here in the plugging of all these different integers into the same formula that earlier moments in the franchising of comic book films did not. The promise of a future represented by Grademiners.com these extended production slates depends on a commitment to gradual, cumulative narrative change and the exploration of new characters to replace the old (no more rebooting in order to tell the exact same story again, a la Sony’s Spider-Man film franchise; though the breaking news that Sony will allow Marvel to reunite Spider-Man and The Avengers suggests one last reboot may be required there before Marvel commits to integrating the character in their long-term, future-thinking strategy). That promise of cumulative development may ultimately go undelivered, but it imagines Hollywood franchise filmmaking as something ideally balancing formulaic stasis with iterative dynamism. 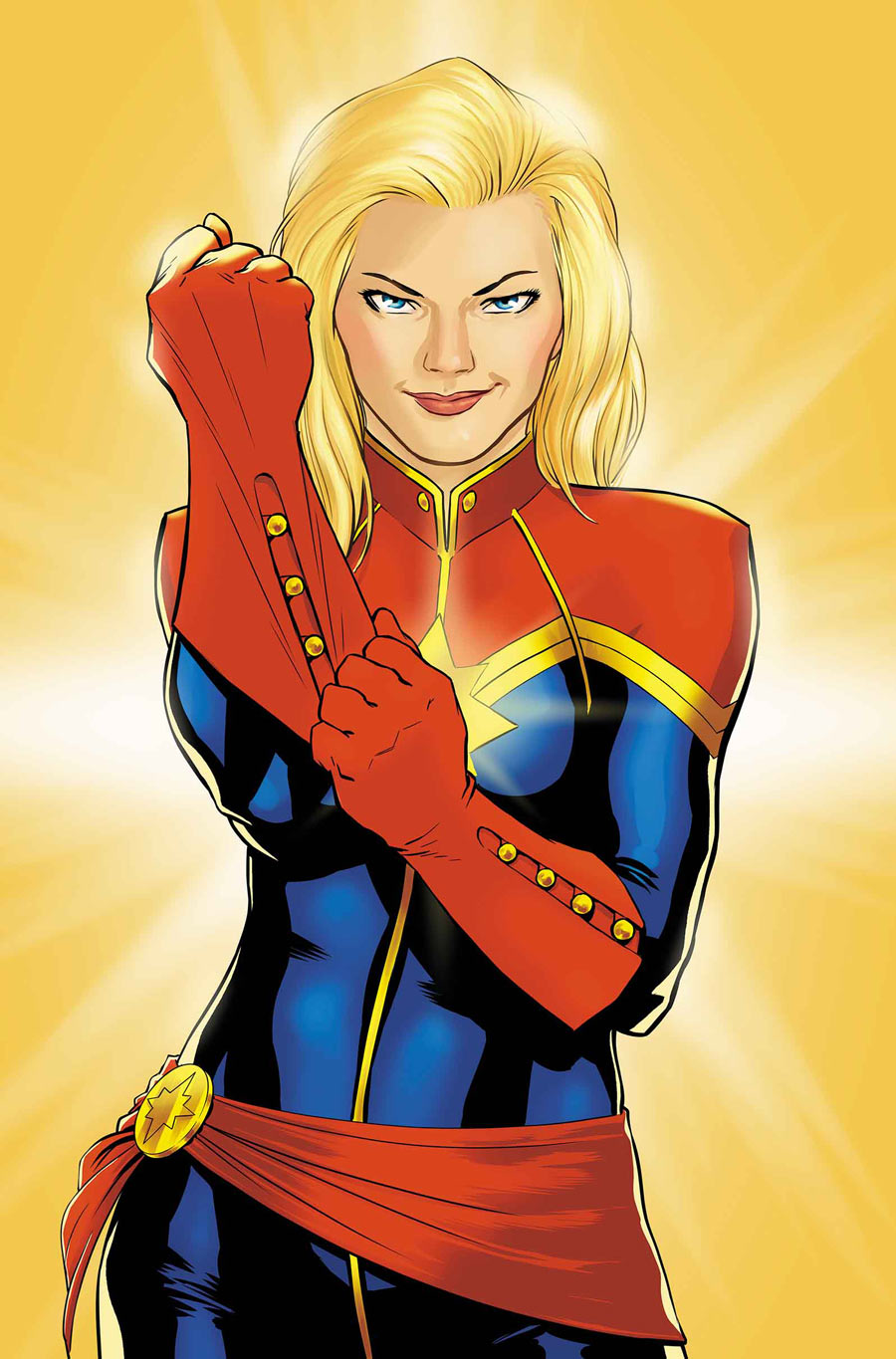 Carol Danvers, also known as Captain Marvel, is set to make her big-screen debut in 2018.
While glacial, these dynamic shifts have political importance too. How might the stability of the formula allow a broader range of experimentation in imagining power and who gets to wield it in these popular fantasies? Even if formulaic, both Wonder Woman and Captain Marvel represent a shift in industrial logic as to whom the subjects and audiences of blockbuster franchising might include. Make no mistake—this is a shift based in market analysis and calculated risk assessment, but nevertheless one that should be recognized as something other than simply more of the same. Unfolding over time across a decade of industry strategy, franchising is a site where we can see glacial changes in corporate culture, logics, and lore. As Joss Whedon so eloquently quipped in describing Marvel’s post-Guardians of the Galaxy confidence in the extension of its franchise formula, “If a raccoon can carry a movie, then they believe maybe even a woman can.” 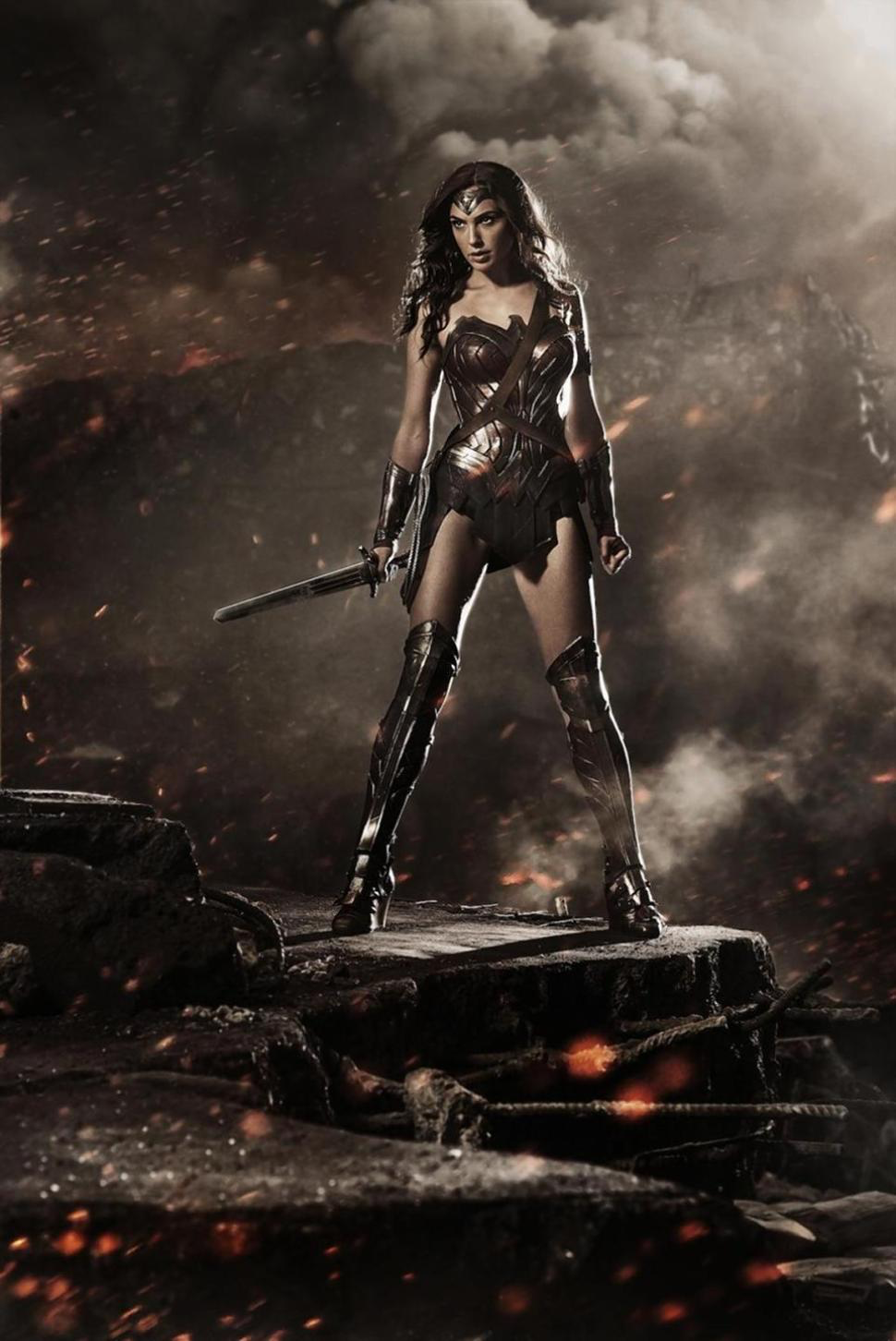 A publicity still for Wonder Woman, directed by Michelle MacLaren and slated for a 2017 release.
With this in mind, my point is not that we should celebrate Marvel for offering change in the most cynical, managed, and risk averse way possible. Instead, it is to point out that the persistent presence of almost imperceptible change helps us put in new perspective the concerns that Harris and others have about the movies that aren’t getting made. Because franchise formulas do change, they can be applied to new markets and new audiences. Five years ago, moviegoers had to look well outside of Marvel’s offerings to find strong female heroes at the center of a film narrative; five years from now, strong female heroes dissertation help will have become one of the many unique integers plugged into the Marvel formula, and that formula may have become the most profitable, risk averse place for that kind of content. If successful, Captain Marvel and Wonder Woman may create a larger market for fantasy narratives focused on women (and hopefully made by women), but at the same time they may cement the overall Marvel film franchise as a one-size-fits-all formula that can be adjusted to suit all audiences (and producers). We might similarly think of the Ghostbusters franchise as one of many new potential containers for comedians like Kristin Wiig and Melissa McCarthy. Our critical concern for media franchising, therefore, should take a page from television studies (and in this case, feminist television studies) to be equally attuned to formulaic mutability as the potential for creative stasis.

1. The “televisualization” of the comic book film.
2. The Marvel film slate through 2018 is announced.
3. The DC Comics film release line-up through 2020.
4. Carol Danvers, also known as Captain Marvel, is set to make her big-screen debut in 2018.
5. A publicity still for Wonder Woman, directed by Michelle MacLaren and slated for a 2017 release.