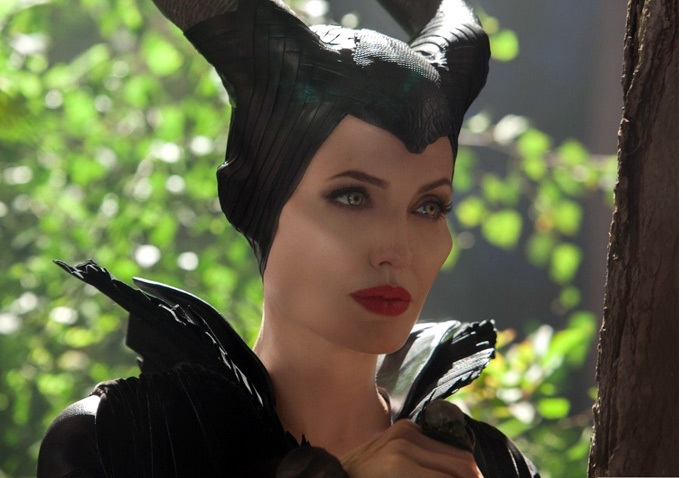 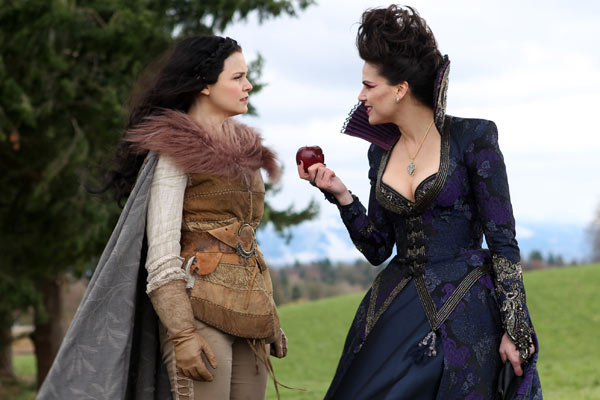 While these modern fairy tales advocate “active” women and displace female dependence on matrimonial romance and male rescue, they nonetheless continue to domesticate women, significantly circumscribing the “female empowerment” 1 they promise. Isolating their roles as women and their hopes for personal fulfillment within familial bounds, these narratives specifically limit female villains to and define them through their identities as mothers. For instance, in contrast to the animated classic, Maleficent here protectively watches over the young Aurora for sixteen years, coming to love the girl and serve as her “good” fairy god mother. In OUAT, Regina aggressively defines herself as a mother to her adopted son Henry, for whose benefit and protection she claims to be acting when she threatens, curses, and manipulates the people around her. 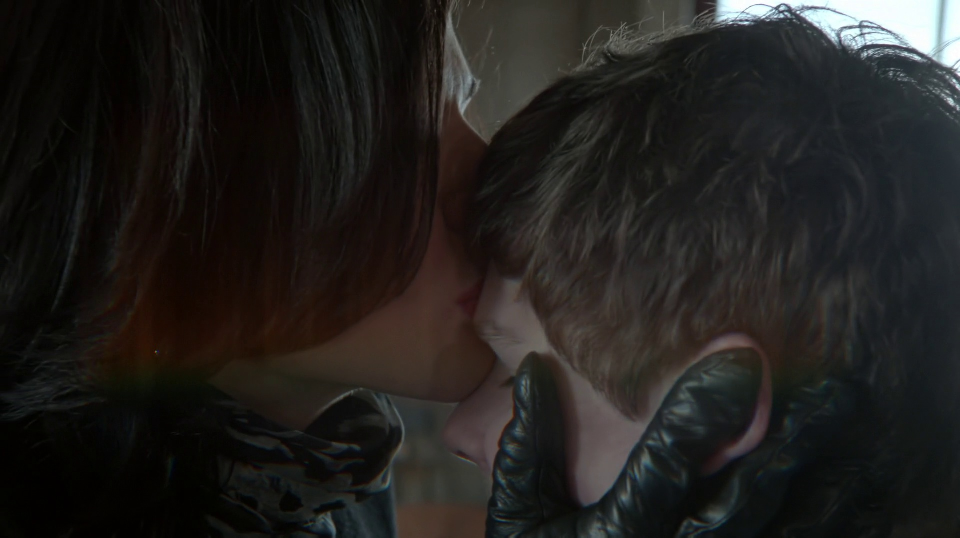 Additionally, in their motherhood-as-redemption motifs, these new fairy tales further reinscribe what Susan Douglas and Meredith Michaels call the “new momism” of the early 21st century, a myth which insists that “no woman is truly complete or fulfilled unless she has kids, that women remain the best primary caretakers of children, and that to be a remotely decent mother, a woman has to devote her entire physical, psychological, and emotional, and intellectual being, 24/7, to her children.”2 This “new momism” perpetuates a romanticized and unattainable standard of feminine and maternal perfection, which has become further implicated in and exacerbated by female celebrities, so-called “yummy mummies” and “supermoms.”3 Ann C. Hall and Mardia J. Bishop describe these mythic “supermoms” as the mothers who seem able to “do it all, with a smile, with a perfect figure, and on a budget.”4 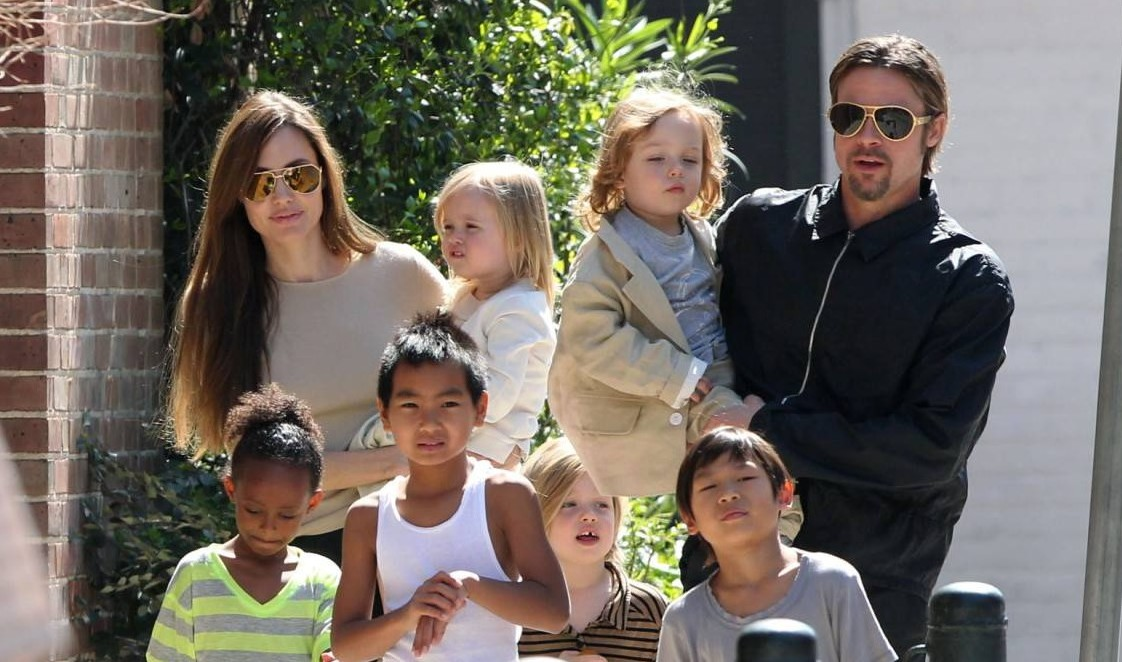 Angelina Jolie herself epitomizes this fantastical figure of the “supermom,” having been christened “Momgelina” in the tabloids for her ability to juggle a global film career, international humanitarian aid, and six children while still looking beautiful.5 This collapse of Jolie’s personal identity with her role as a mother perpetuates the myth of the glamorous, multi-tasking “supermom” while also mirroring the romanticized and utopic vision of motherhood which updated fairy tales like Maleficent advocate. Jolie’s daughter Vivienne was even cast in the film as the young Aurora, cementing the connection between the onscreen fairy tale and the real-life “super” mom as well as the maternal virtue of the new female “villain.” 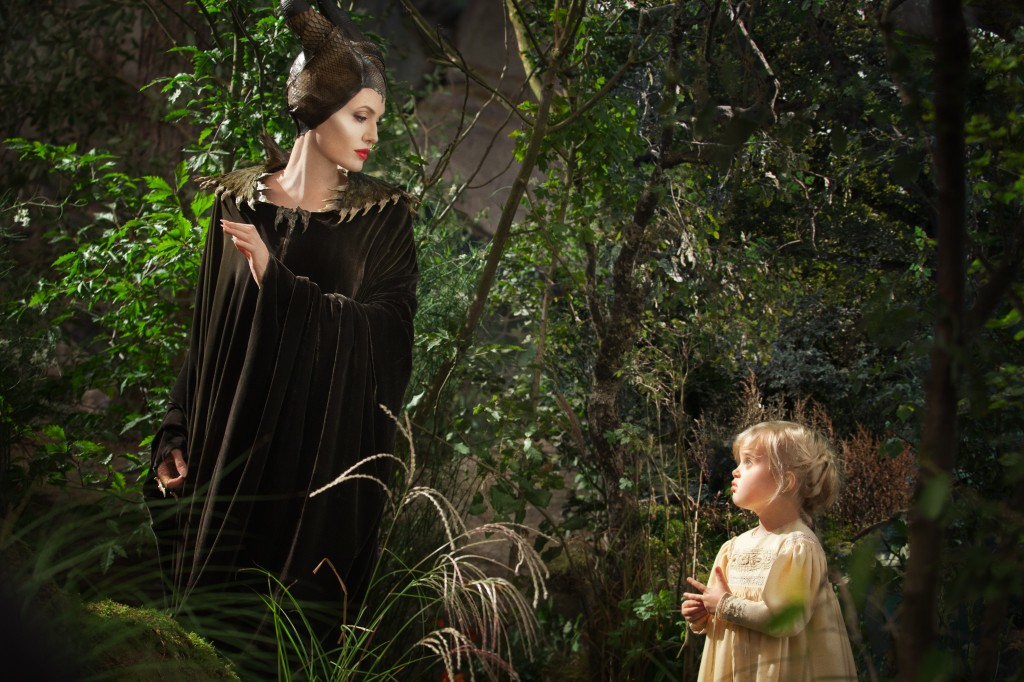 Like the Disney villain she plays, Jolie’s own star image is marked by this motherhood-as-redemption narrative: starting with the adoption of her first son from Cambodia and continuing through the adoption and birth of five more children with partner Brad Pitt, she transformed, and redeemed, herself from the rebellious “bad girl,” known for kissing her brother and wearing vials of husband Billy Bob Thornton’s blood, to the figure of a global mother to the children of the world, a noble and maternal international humanitarian aid worker.6