“I wanted to hug the whole f*cking world.”: An Airborne Body in the Drone Age
Kevin Hamilton / University of Illinois

The August 18th, 1960 edition of the Universal Newsreel began with images from the Soviet trial of downed U-2 pilot Gary Powers, followed by a segment on Air Force balloonist Captain Joseph Kittinger’s “daring ascent into the stratosphere.” Viewers would have likely understood Kittinger’s record-setting flight and subsequent jump as part of the growing space race, but in fact the Air Force had designed Project Excelsior to help pilots like Gary Powers with the particular challenges of bailing out at the high altitudes required for airborne espionage. Though the newsreel narrator described Kittinger’s mission as “scientific,” the story’s placement after the Powers segment also served as a response to Soviet protest, as if promising continued espionage from even greater heights.

The same newsreel of Kittinger’s record-setting flight appeared again last January at the beginning of a video released on Youtube as an extension of a 30-second Super Bowl ad for GoPro, a camera company. Cropped and centered in the frame to create the illusion of a smaller and more antiquated format, the new presentation of the old sequence renders the Cold War firmly in the past. New footage interrupts the old newsreel, as we cut to a screen-filling, high definition view from the perspective of a contemporary high-altitude balloon belonging to “extreme” athlete Felix Baumgartner. 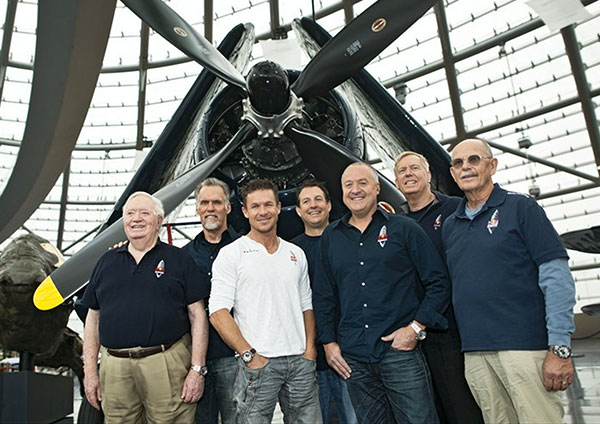 Felix Baumgartner, “Colonel Joe” Kittinger and the Stratos Team
From 2007 to 2012, the young Austrian worked with a team of engineers and other specialists to finally beat the records established by the Excelsior jump. Led by Kittinger himself along with a group of other white-haired NASA veterans, this new effort, sponsored by Red Bull as a project called Stratos, might almost be characterized as a reenactment.

Excelsior and Stratos both took place in New Mexico. Kittinger seems to have designed the project very much based on his own, including the same training regime and number of total ascents. Stratos also stylistically mimics NASA projects of the 1960s; the day of his record-setting launch, Baumgartner emerged from the back of a silver Airstream trailer, and the operation also relied on a “Mission Control” reminiscent of the storied control rooms of Houston or Orlando. 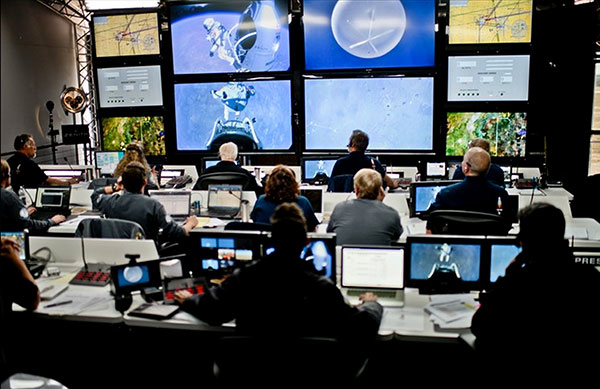 Stratos Mission Control, Roswell NM
Yet as in other recent commercial space flight, the fundamental ordering and performance of Stratos depends on a contrast with the past – a staged transcendence of an earlier militarized moment. The differences between the two jumps, especially as manifest through film, bear examination for what they reveal about photography, sight, bodies and territory in the continuing operations of the Cold War.

Stratos producers designed the event for online presentation. Baumgartner’s descent streamed live over Youtube, with reports of over 8 million watching. The daredevil athlete broke the speed record for a human body exposed to the elements, encased in nothing but a suit. But the project was only possible through the accompanying eyes of viewers, setting their own record for simultaneous streams of a single video feed, just as sponsors had likely hoped. A human form screamed through the sky as servers somewhere far from view strained to accommodate the data load.

After the jump, Red Bull and GoPro released other cuts and a feature length documentary (the latter available only for subscribers to Rdio, the music streaming service). At the start of the longer documentary, we see a team originated by a phone call, and an effort built from scratch in the private realm. Where in the earlier Air Force operation, Kittinger performed as a stand-in for other pilots, taking on extreme conditions in order to design safer ways of withstanding them, Baumgartner is not only the sole pilot, but the very reason for the existence of the program. In 1960, Kittinger chose the flight suit he thought would make him most like other pilots; in the Stratos documentary, Baumgartner grows jealous upon seeing even one other trainee (a stand-in during a period of claustrophobia) wearing “his” pressure suit. 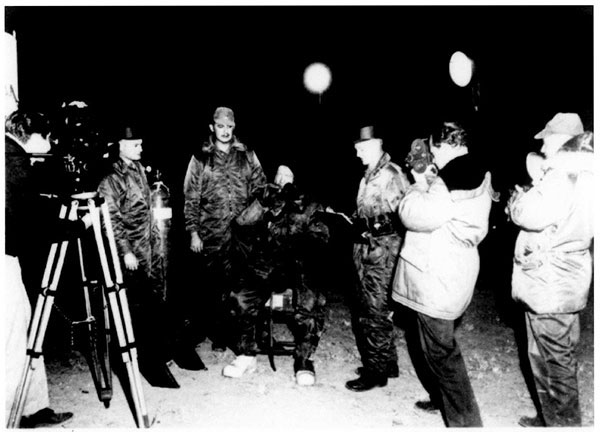 1352nd Photographic unit of the USAF with Kittinger before ascent
Many other differences exist across the two efforts, but the Stratos team only calls attention to one. In the documentary feature, Technical Project Director Art Thompson calls attention to the better data provided by cameras in the new operation. Though both Excelsior and Stratos were highly photographed, Thompson sees the improved data provided by his own project as the project’s most significant scientific contribution. The aforementioned contrast between contemporary and historic footage in the GoPro edit also emphasizes this distinction – especially given the ready availability of color film from the Kittinger jump.

So what new “data” did Stratos produce? To answer this question, we should examine three key camera positions present in both jumps, as well as the time scales and viewerships they afford. Both experiments relied, among other points of view, on one camera position in the gondola, another from the ground, and a third on the jumper’s body.

For Excelsior, none of the views afforded a view in real time, and so could only serve as “data” after the fact. This temporality suggests at here http://samedayessays.org/ a forensic function – one of recovering what happened in the case of a negative outcome – namely, death of the jumper.

For Stratos, two of the three views – from the ground and from the gondola – afforded real time monitoring for project managers and online viewers. The key question in both experiments was whether the jumper would spin so fast as to lose consciousness and die; in the case of Stratos, new telescopic lenses and digital video afforded visible answers to this question from Baumgartner’s first step off the gondola. 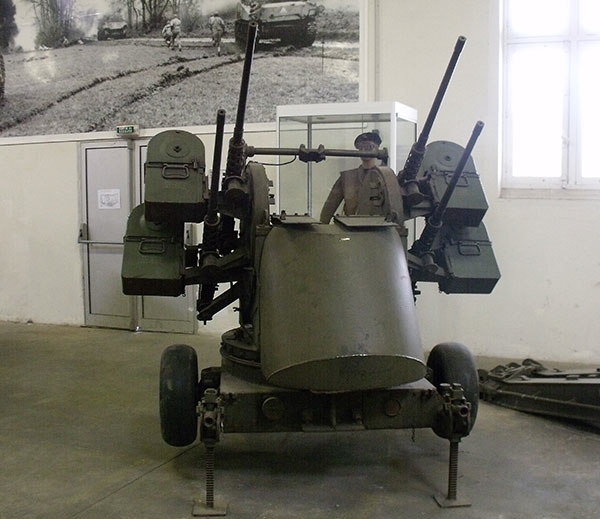 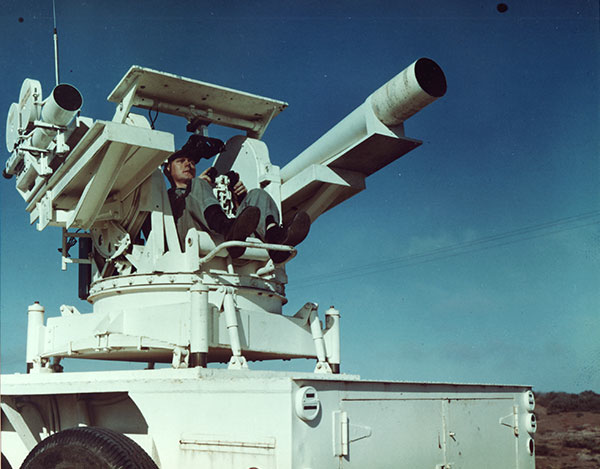 Camera mount adapted from the M45 by the 1352nd Photographic Group, and likely used to track Excelsior 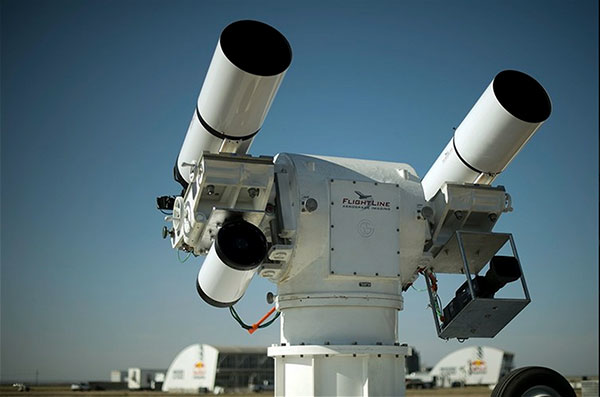 Camera afforded visibility of Stratos from the ground, run by the Flightline company
The camera position in the Stratos gondola benefitted from a wide angle, and the increased resolution offered through high definition sensors and codecs. With more pixels, Baumgartner remains within the frame a full three seconds – even in real time – as he becomes but a dot against a highly-detailed view of the New Mexico desert. For Excelsior, the camera resolution and optics were such that almost all footage shot of Kittinger falling needed to be shot at a higher frame rate in order to capture him at all. Otherwise he would have passed from view too fast.

The resulting slow motion imagery of Kittinger is profoundly dreamlike, especially as viewed in the many edits that include multiple views of the same few seconds from different gondola cameras. The first three seconds of the Stratos drop, by contrast, communicates the matter-of-fact gravity of a body falling straight away from the camera. Where Kittinger appears as some sort of agent essay writer adrift (and even appropriated as such in a hauntological music video for Boards of Canada), Baumgartner appears as a human bomb. 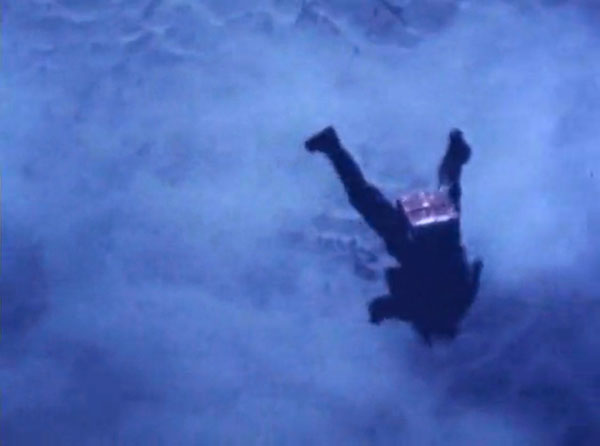 Kittinger viewed from a camera in the balloon 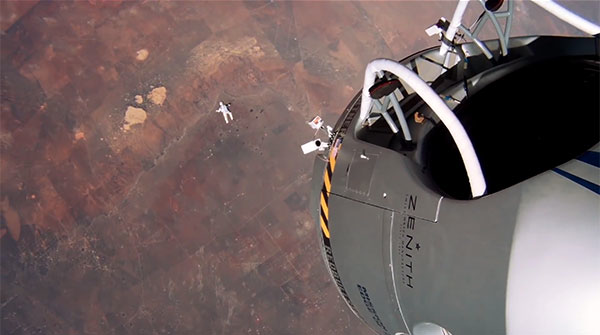 Baumgartner viewed from a camera in the balloon
The cameras that traveled with the two jumpers share more temporalities and viewerships in common, as they both produced footage for later viewing, and at common frame rates. But the views they afford are quite different, and perhaps offer the most opportunity for reflection. 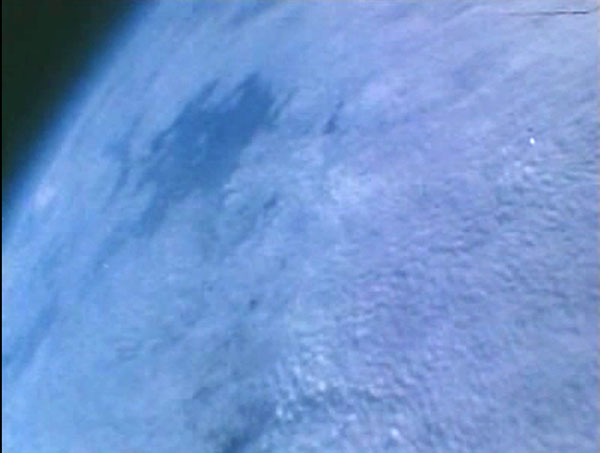 What Kittinger saw
Kittinger’s camera points out from his spinning body, to disorienting effect. We see only the horizon, the clouds below, the blackness above. If from the gondola’s point of view, Kittinger’s body could be floating, the view from his own camera is decidedly less peaceful. 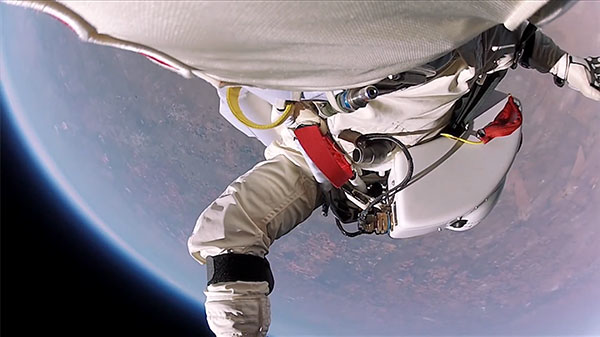 What Felix saw
In contrast, the cameras on Baumgartner always keep some portion of his body in view, orienting everything to him. The earth, its curvature exaggerated by the GoPro lens, seems to circle around him. The lack of air means that barely a wrinkle moves on his suit. He is the still point, perhaps not even falling, while the waiting earth revolves. After a brief sequence of more rapid spinning, suddenly we see Baumgartner’s suit shaken by air again, and at the same time the horizon has changed shape. The more animated Baumgartner is now “in” the sky and not on top of it. The world awaits, a Terra Nullius of desert that serves as both backdrop and destination.

From Excelsior to Stratos we move from government to private operations, from low-resolution to high-resolution, from a floating man in disorienting crisis to a falling man in seeming self-reliance. In both cases a man has traced the path of a bomb. But a final obvious shadow on this story is that where Kittinger’s efforts would help coax pilots aboard spy planes, Baumgartner’s took place at dissertation chapter 3 a time when airborne pilots were no longer needed for espionage or even attack. Surveillance pilots remain largely on the ground, bombs don’t fall straight down, and most high altitude aggressions take place in a dense network of visual analysis with, save leaks, little to no documents to show for it.

1. Felix Baumgartner, “Colonel Joe” Kittinger and the Stratos Team
2. Stratos Mission Control, Roswell NM
3. 1352nd Photographic unit of the USAF with Kittinger before ascent
4. A historic m45 artillery mount
5. Camera mount adapted from the M45 by the 1352nd Photographic Group, and likely used to track Excelsior
6. Camera afforded visibility of Stratos from the ground, run by the Flightline company
7. Kittinger viewed from a camera in the balloon
8. Baumgartner viewed from a camera in the balloon
9. What Kittinger saw
10. What Felix saw