‘Your Mom is So Fat…,’ or Talking Politics on the Internet
Hollis Griffin / Denison University 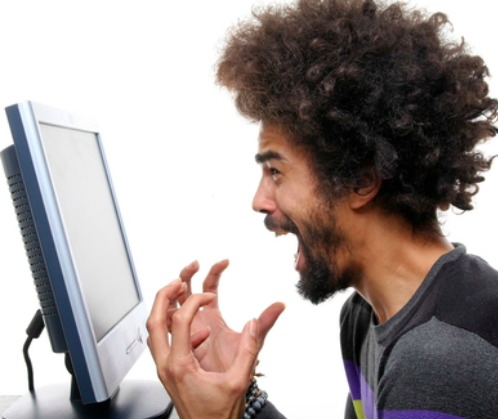 A few months ago, in the middle of the partisan brouhaha over the Affordable Care Act—a.k.a. “Obamacare”—I got into an extended Facebook argument with an old friend’s mother. Though I’m wary of casting political identifications in stark binaries, I am a left-leaning, thirtysomething academic and my pal’s mother is a right-leaning, religious retiree. Her child/my friend posted something on Facebook about the cost of the family health insurance policy going up and, predictably, mayhem ensued. The long, heated conversation on the post’s comment thread quickly descended into finger-pointing and name-calling. Had it not been a public discussion, it almost definitely would have descended even further. “Your mom is so fat…” and “Come say that shit to my face” were not that far off.

At some point, that conversation wound down to involve just the two of us, me and my friend’s mom. I have known this person for twenty-six years, so ours wasn’t a snarky exchange between strangers. My naïve optimism had convinced me that I could change her mind about health care reform. Whereas I worry about going bankrupt from the cost of prescriptions, she is adamantly opposed to any kind of health care reform at all. I thought that with dispassionate reasoning and levelheaded conversation, I could “make her see the light.” I responded to her anxieties about “death panels,” her criticism of the undeserving poor, as well as the vitriol she feels for President Obama. I tried to be even-handed and respond with facts, telling her about the 80/20 rule, the legislation’s exemptions, and the underside of capping malpractice claims. The conversation went on for hours, fifty-seven comments in all. I kept at it because I thought that we could arrive at some common ground if I was persistent and persuasive. And, for whatever reason, I felt compelled to arrive at some sort of consensus. But nothing worked.

After a while, the conversation devolved into parody. That moment occurred when my friend’s mom posted that she was worried about community organizer Saul Alinsky’s influence on President Obama’s political philosophy. While Alinsky’s been dead for decades, he has become a villain in conservative circles because President Obama respects his views on protest. Of these views, the one I find to be rather hilarious was Alinsky’s plan to have protestors eat lots of beans, gather in a governmental building, and fart—literally fart—to express their discontent. Because I was aggravated and am more obnoxious than I should be, I asked my friend’s mom if she was worried about the President farting at her. She, in turn, wondered where I developed my political beliefs, suspecting that they were the result of brainwashing by liberal college professors. (She momentarily forgot that I am one such offender.) From there, my friend’s mother suggested that “the liberals” were planning an overthrow of the American government. I contemplated asking her if this revolution would take place by way of a well-coordinated, collective expulsion of gas from liberal rectums. Maybe it would topple the White House! Maybe it would level the Pentagon! The whole conversation had gotten so ridiculous that part of me was tempted to see what else I could egg my friend’s mom into posting. But I am not that malicious, so I let the comment thread die.

There are many conclusions one could draw here. It might follow that my friend’s mom is probably racist, definitely paranoid, and nothing if not extremely hostile toward the poor. One might conclude that I am a mean, arrogant, overeducated jackass who is so steadfast in his moral certitude that he is incapable of understanding other points of view. One could also deduce that political dialogue has become so partisan and divisive—hinging on the allegedly neat, clean binary between “liberals” and “conservatives”—that meaningful conversation on the internet is inconceivable, even laughable. Another way of seeing these events is to dismiss them out of hand. Such discussions are almost completely disconnected from the real business of politics as it is carried out in the legislative and judicial processes.1 From that vantage point, engaging in such conversations is as stupid as it is pointless.

In the few months since this all occurred, I have had each of these thoughts, many times over. When all is said and done, I am mostly just sad that two people who have known one another for such a long time can so pointedly, fundamentally disagree about something so important. Because it really does seem that health care is a matter of life or death. The Affordable Care Act—however limited in scope, market-friendly in nature, and bungled in its enactment—increases the number of people who might receive health care when they need it. In that sense, the ACA increases the number of people who can go on living. Surely this can’t be a bad thing. As self-interested as people can be, it feels like a different debate when health care reform is framed as a matter of life or death. One can be suspicious, wary, or frightened of other people, but it seems many steps beyond that to be indifferent to their deaths. More often than not, it seems that the evolutionary ethos of late capitalism—“eat or be eaten”—has so permeated public life that Americans imagine themselves as living in The Hunger Games. Many of us think we’re fighting each other to the death over scarcer and scarcer resources. Here, race becomes the boogeyman for economic inequality. The party line is: “I’m paying for them. And I shouldn’t have to because I can barely take care of myself.” In many ways, health care is framed as a matter of life and death. But it’s often done so in a way that prompts survivalist instincts, not generous ones.

I’ve been thinking about why people talk about politics on the internet, trying to figure out the pleasure in it. Why do people bother sniping at one another on Facebook when it isn’t likely to change anything? Because I think that most people feel that way. It seems that snide, accusatory flame wars make the most sense if considered in terms of Hunger Games-like scarcity. While not uniformly post-apocalyptic in nature, the lived, felt, experiences of the underclasses are rather profoundly characterized by lack and decay. In the face of growing income inequality, a rising cost of living, and a dramatic decrease in employment opportunities across many different sectors, shortage and decline are the fundamental experiences of the un- and underemployed, the working poor and, increasingly, many people who have long thought of themselves as being of the middle class but can do so no longer. Lauren Berlant calls the situation of such groups a “slow death,” the “physical wearing out of a population in a way that points to its deterioration as a defining condition of its experience and historical existence.”2 In such a context, she wonders about the forms of agency such populations can enact when it seems as though—and so many feel as if—they are marked for death, both by a government in bed with corporations and corporations that are as indifferent to their well-being as they could possibly be.

Berlant uses the idea of a “lateral agency” to think about individuals’ small, day-to-day actions as potentially creating a sense of validation and comfort for them. Lateral agency is a way of making do and getting by; it isn’t transformative or revolutionary in the traditional sense. Lateral agency doesn’t change anything, per se, especially because so many of the populations characterized by slow death feel—and, too often, are—powerless to alter their circumstances all that much. Lateral agency is “a form of ballast against wearing out, …small pleasures…[that] can produce an experience of self-abeyance, of floating sideways.”3 I see talking politics on the internet as one such form of agency. It’s a cathartic outlet for people who are angry about income gaps and their lack of mobility, horrified by what they see as corporate malfeasance and government indifference to the dire straits of so many Americans. In that sense, its no wonder internet political chatter frequently ends in name-calling and finger-pointing. If you feel like you’re fighting for your life and you are relatively confident that those with the power to change that aren’t listening, how could it not? At the same time, the very act of doing it, of lashing out at those who disagree and finding support from those who “like” your posts, offers some sense of comfort and belonging.

It goes without saying, perhaps, that the internet is not the site of realpolitik. Nevertheless, it is still a place where people go to vent, seek validation, and engage in debate. In that sense, weighing in on health care reform by saying “your mom is so fat” isn’t “productive,” in the conventional sense of the term. Regardless, it is a way of treading water. When people feel as though they’re drowning, I don’t know that I can begrudge them that. I just don’t know that I can participate in it, myself. I can appreciate the desire for catharsis and envy the lack of self-censor, but talking politics on the internet doesn’t make me feel better, even momentarily. I find it deflating, even as I often feel compelled to do it. And, so, the question remains: how can the affective politics of the internet better connect to the more material politics of the legislative process? 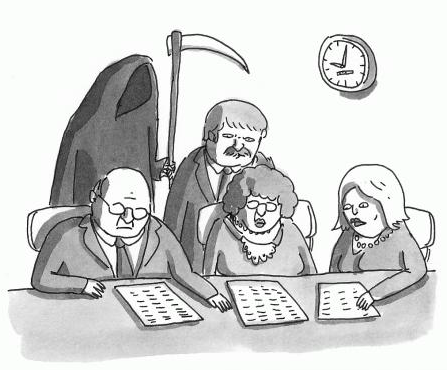