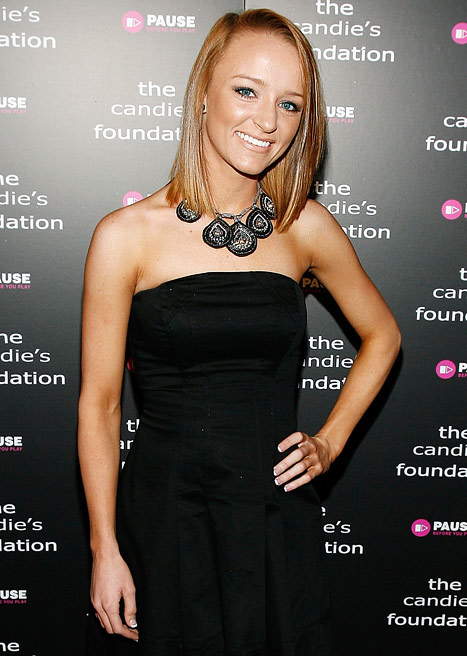 In my previous column, I explored the rise of reality television stars within tabloid magazines as part of broader shift in contemporary celebrity culture towards the private-self. In contrast to the extraordinary/ordinary divide more common in traditional conceptions of stardom, reality stars and tabloid coverage of them relies simply on a willingness to “be yourself” in public as a claim to fame. That is, public attention to the private or ordinary self is a new space of celebrity status. This shift is tied to the industrial and commercial links between reality television and tabloid magazines in terms of the construction and circulation of celebrity images, and my last column focused on the benefits this shift has had for the tabloid industry. Just as the reality star has become increasingly important to the text of tabloid magazine, serving as a frequent cover story as well as filling the pages of these print magazines, I here explore the ways in which the tabloid magazine, and its ancillary workers like paparazzi photographers, has also become important to the text of the reality shows from which these stars emerge.

Certainly tabloid coverage of reality stars serves a basic promotional purpose of drawing audiences back to the reality program itself by offering public visibility of the star image outside of that program. Extra-textual sources allow audiences to get closer to the “real” person behind the public performing self. However, when that public performance is just “being herself,” such extra-textual attention to the reality participant’s private or “real” life presents a particular sort of problem for the reality program on which she stars. Reality television, with its emphasis on capturing the quotidian events of “real” life, is a television genre explicitly concerned with the ordinary. Mark Andrejevic1 argues the camera’s “perpetual surveillance” of the daily lives of a reality program’s participants acts as “the antidote to artificial interactions,” allowing audiences to believe that despite any control “producers have in the editing process,” reality TV ultimately presents “real” people who are just “being themselves.” Yet as reality participants enter the realm of celebrity culture through the tabloid attention, their once “ordinary” lives are marked by the extra-ordinariness of celebrity status. In other words, to be covered by a tabloid is, in part, to be considered “famous” or part of celebrity culture, as this extra-textual attention to the individual’s life outside of their realm of public performance remains a key characteristic of celebrity. From photos of red carpet appearances to paparazzi images, the tabloid’s coverage of the private life of reality participant as a star challenges the narrative of the private life of this “ordinary” person presented in the reality show. This challenge has prompted a shift in the notions of “private” and “ordinary” within reality television that lays bare both the changing nature of contemporary celebrity and the range of industrial practices behind the construction and circulation of the celebrity image. 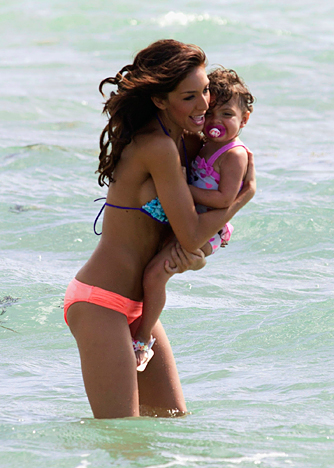 MTV’s reality docu-soap The Hills (2006-2010) is arguably the first contemporary reality show to really launch its ordinary, non-celebrity participants into celebrity culture and, thus, to encounter this contradiction.2 As the stars of The Hills, particularly Lauren Conrad, became more famous through extra-textual coverage of her “real” life outside the show, the producers were presented with a threat to their version of the “ordinary” Lauren central to the show. An Entertainment Weekly story from 2008 detailed the lengths the producers would take to keep Lauren “normal” despite her increasing celebrity:

If the idea of coordinating your real life with a film crew sounds surreal, it’s even more so now that Lauren — thanks to The Hills and Laguna Beach before it — is too famous to have anything resembling a real life. Her schedule is packed with photo shoots, fashion shows, and red-carpet events like the Dark Knight premiere or the White House Correspondents’ Dinner (her highlight of the evening was meeting the Jonas Brothers — sorry, Mr. President!). All that glitz seems perfect fodder for reality TV, but producers insist on keeping the celebrity side off camera. The series’ original premise — and the stories that made it successful in the first place — are all about the relatable aspects of Lauren’s life, like dating, heartbreak, and friendship.3

The producers worked to keep Conrad “normal” and “relatable” by refusing to acknowledge her increasing celebrity, even staging and/or reshooting scenes around paparazzi to keep their presence hidden.4 This was a conscious move to maintain the show itself as the purveyor of the “true” Lauren. Leppert and Wilson argue, “Lauren’s extraordinary status is paradoxically produced by a representational insistence on her ordinariness, that is, by refusing to allude to Lauren’s actual reality stardom within the discourse of The Hills.”5 Thus, the tabloid coverage of Lauren and her friends certainly helped promote the show and intensify audience engagement with these stars, but had to be kept separate in order to maintain her ordinariness within the show’s narrative.

However, the ending of the series challenged its own constructed nature in ways that, I argue, indicates a new openness of the reality television narratives of ordinariness to include the recognition of reality participants as celebrities. The final episode aired in July 2010 (Conrad left the show in 2009) with a scene that revealed the presence of cameras and the constructed nature of the “reality” of the show. 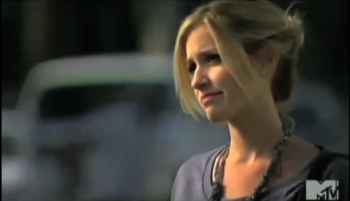 Here, the very reality television program that once worked to hide the means of production knowingly revealed them to the audience at the conclusion of the series. This is a first move away from the ordinariness of reality star participants, positioning them as individuals whose ordinariness was at once “real” and “constructed” in this moment. As the decade progressed, the connection between reality television and celebrity culture was similarly laid bare not just in an acknowledgment of the existence of the participants within the industrial practices of reality television, but direct inclusion of the “ordinariness” of their lives within celebrity culture as part of its narrative. This new sort of “ordinariness” allows the audience to glimpse the extraordinary life of a star, who, as a reality participant, is still an ordinary person. These reality participants became famous through their shows, and now their shows must also document that fame as part of their “ordinary” lives, thus reconfiguring what “ordinary” means within this genre.

An obvious example of this shift is seen in Keeping Up With The Kardashians (2007-present), as the show details not only the daily life and relationships within the Kardashian family, but also how that life is impacted by their existence within celebrity culture. For example, a central storyline of season 8 episode “Paparazzi and Papas” focuses on the various members of the family dealing with being “stalked” by paparazzi as they go about their daily lives. Being chased by paparazzi is certainly tied to the extraordinary lives of celebrities, yet KUWTK draws attention to the hardship of this reality, emphasizing the family’s ordinariness in the midst of the extraordinariness of fame. In this clip, Bruce Jenner and his daughter Kylie react to paparazzi intrusion into their daily lives, not as a glamorous and extraordinary occurrence but one which actually inhibits their ordinary lives, particularly around Kylie’s normal teenage experience of getting her driver’s license. 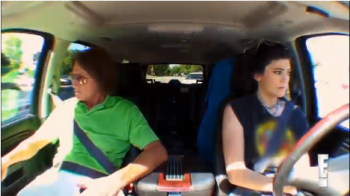 Though one could argue the Kardashian/Jenner family (or at least Kim) had some level of fame prior to the reality show, I suggest the show certainly increased Kim’s fame and, particularly in the case of the other family members, is the main point of their entrance into celebrity culture. Nevertheless, the narrative of the show frames them as “ordinary” individual who just happen to also be celebrities.

The celebrification of reality participants and the new encroachment of the extra-ordinariness of being a celebrity into reality television indicate an ever-closer relationship between tabloids and reality television in creating and maintaining celebrity status. For example, the women from The Real Housewives of New Jersey (2009-present) have been covered by tabloid magazines since the beginning of their show, helping to bring them into the realm of celebrity culture as well as working to promote the show. Though the show initially did not discuss the ways in which the women participated in celebrity culture, more recent seasons have seen tabloids stories become a central part of the narrative of the show’s representation of their “real” lives. This clip from the Season 5 reunion special discusses the way a tabloid story featuring Teresa was central to the narrative of the season, not simply as evidence of her celebrity status, but how that status actually impacts her once “ordinary” life.

The increasing presence of reality television participants in celebrity culture has shifted the representation of the “ordinary” self on reality television. Though certainly some programs, such as Duck Dynasty or Teen Mom, still work in many ways to keep the participants’ increasing celebrity status and presence in extra-textual media out of the narrative, many other shows reconfigure “ordinariness” around the experience of celebrity culture from the perspective of the once-ordinary individual. This is a shift away from the earlier attempts to maintain the reality participant as a “normal” person and a greater recognition of the relationships between various industries in the construction and circulation of celebrity in contemporary culture.