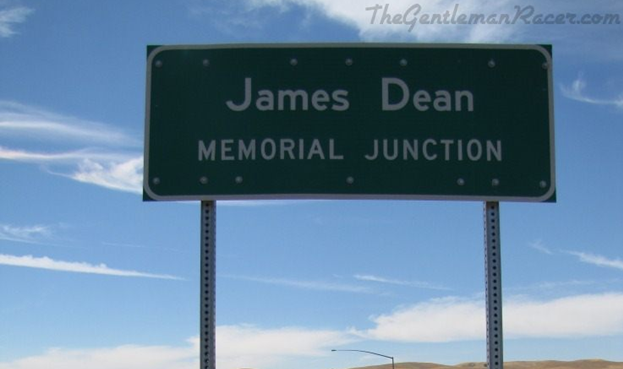 On July 13, 2013, Glee’s Cory Monteith died in a Vancouver hotel room of a deadly mixture of heroin and alcohol. On November 30, 2013, in Santa Clarita, California, Paul Walker, of The Fast and the Furious franchise, was killed in a horrific car crash as the passenger in an ultra-high-performance Porsche driven by his financial adviser. On September 30, 1955, James Dean, the break-out embodiment of adolescent rebellion in the then-fledgling teen film market, totaled his Porsche race car and died on-scene while speeding to a dinner in Paso Robles, California. Sadly, as I write this there is now one more name to be added: Phillip Seymour Hoffman, from an overdose of heroin. These tragic deaths of valued younger actors register differently from those like Jean Stapleton’s, whose passing was brought about by natural causes after a long and storied career, or even James Gandolfini’s, who, although he died unexpectedly from a heart attack, at least had lived to middle age and had had the opportunity to be at the top of his game and acclaim. The loss of younger actors is particularly difficult to make sense of at many levels, not the least of which is from the haunting legacy of the “what-could-have-beens” that fill the wake left behind by an actor’s vivid impression on an equally vividly engaged audience.

Grief and grieving are not unknown to audiences. In fact, loss, grief, and grieving are central to the audience/consumer experience. They are, however, under-studied aspects of it. It’s not that these emotions are unrecognized by media analysts, in fact, quite the opposite. Popular television series that come to an end are routinely mourned for us by those who are tasked to speak for audiences (see, for example, Lloyd, 2013; Susman, 2003; Roush, 2013; http://www.huffingtonpost.com/2013/05/20/buffy-the-vampire-slayer-finale_n_3305813.html). The cancellation of popular, or critically acclaimed, or otherwise notable series and of long-running soap operas is marked publicly, and recognition of the significance of this lamenting has even made its way into the vernacular of other series, as is heard in the repeated sarcasm expressed by The Big Bang Theory’s “Sheldon Cooper” about the untimely early cancellation of Joss Whedon’s Firefly (http://www.youtube.com/watch?v=vB9iAuw8ZCE&list=PLA5C5FF44E78C8949). Public mourning is also not uncommon when popular characters in popular series are killed off unexpectedly (MI-5’s “Adam Carter,” Mash’s “Henry Blake,” the many losses in Game of Thrones, or Downton Abbey’s “Matthew Crawley”), but these deaths are different, especially when it is in service of the creative goals of the head writer or because it is the actor’s preference. What is worth noting, however, is that these mournings are more than “just” an obituary – the factual record of the details that made up a life. At its fullest, this media coverage is a highly visible collective expression of the deep personal significance of the actor, or character, or series, to our lives, to our culture, and, arguably, to the world. 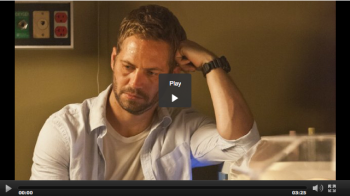 However conscious we as cultural analysts may be of these public registerings, comprehending the underlying emotional experience of loss by audiences is not very well understood. There is, however, some scholarship that we can draw upon to guide us toward thinking more systematically about this. Foundational fan research recognized the importance of the affective economy of fandom1 , that is, the relevance and significance of where fans place their emotional investments according to their tastes – the mattering maps that differentiate one fan’s interests from those of another – that render as legitimate the expression of their emotional investments to themselves and to others. What one can draw from this early work is that not all losses are the same, depending on who or what is lost, and by whom, but that there are socially (as well as personally) legitimate reasons for a profound sense of loss. Another useful contribution to understanding the emotion expressed in these accounts can be derived from probing the importance of our cultural investment in satisfactory narrative closure2 . Conjoining work about the importance of the “good death”3 with Mittell’s typology of television endings4, Harrington illuminates the relevance of the cultural imperatives that coalesce into Western expectations for a “good textual death,” the expectation of not just an ending, but of the necessity for the ending that harmoniously achieves coherence, finality, and resolution of the narrative arc that led to it.5 The importance of this imperative cannot be underscored strongly enough, a fact readily observed and glaringly revealed when a show’s creator violates their established contract with fans. Fans’ seething outrage at ABC Family’s unexpected cancellation of its flagship show Kyle XY (http://mattdallasworld.blogspot.com/2013/01/kyle-xy-woe-and-why.html) or at Glee creator Ryan Murphy for the heartless erasure of the pivotal “heart-and-soul” contribution of Cory Monteith and his character “Finn Hudson” to the show (http://althemius.tumblr.com/archive/) are but two graphic examples, recognizing, of course, that in the television industry, network interference may also be a culprit in these destructive detours. Still, such perceived betrayals can not only terminate fans’ affective investments in a show, they can create bitter memories that endure in the landscape of fans’ long-term mattering maps. 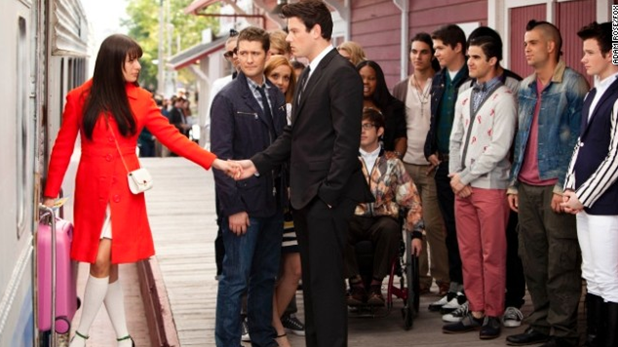 Cory Monteith’s death in July at the age of 31 from mixed drug toxicity combined with alcohol meant his hit show,Glee, had to figure out how best to deal with his character. Monteith’s character, Finn Hudson, center, also died on the series, though the cause of death was not revealed.

How the cultural imperative about “good” textual endings applies to the premature death of a pivotal actor deserves special attention, because in these instances the death is a truncation of a career whose course will remain forever unresolved6. Here, established scholarship on survivor grief7 joined with emerging scholarship on the relevance of age, aging, and movement through the life course that accounts for how fans engage actors, characters, texts, and textual endings is useful8. Fan/actor/character/text interactions are complex: Fans age in tandem with actors, characters, and texts; texts age as time passes through the accretion of audience and industry memory, commemoration, and canonization, and may be re-signified in the process; actors and their characters may age asynchonistically; fans’ chronological age and location in the life course can affect how an actor or character or text is engaged initially and over time; and, nostalgia for and memory of what once was, or even the revisiting of what once was, can expand upon personal (as well as societal) meaning in uncharted ways9.

Why are these matters so important? A perhaps too obvious answer is the pervasiveness and facileness of social media; sentiment, as well as information, moves rapidly, and everywhere. What seems to be needed is a more systematic mapping of how audiences spend (more) of their lives engaged with such concerns through a variety of means that includes social media. To what extent are social media sites now, also, becoming a public space for the conduct of traditional cultural rituals such as mourning the death and preserving the memory of beloved cultural figures10. Another perhaps too obvious answer is the pervasiveness of celebrity culture. How can our understanding of it more adequately capture the significance of audience encounters with the loss of actors and texts and the reasons for the emotions that follow? The wealth of research produced in the second wave of fandom studies documented how fandom is integrated with modern life11, and yet there is still a great deal of work that remains to be done for the third wave on fans’ individual motivations, enjoyment, and pleasures. This entails, in particular, “furthering our understanding of how we form emotional bonds with ourselves and others in a modern, mediated world” (2007, p. 10). Very recent scholarship on how age and the kind of changes that come with it contribute to the social bonds that comprise the everyday life of audiences/consumers offers rich insight into the ever-deepening embeddedness of media in the lives of individuals in the 21st century12.

To be sure, the unexpected passing of an actor is not only a cause for grief and mourning, but also places untold personal as well professional demands on creative workers. 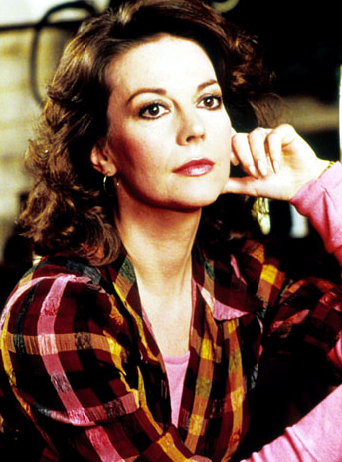 Director Douglas Trumbull said of the struggle to finish the project, “Getting the movie done was extremely heartbreaking and difficult.” 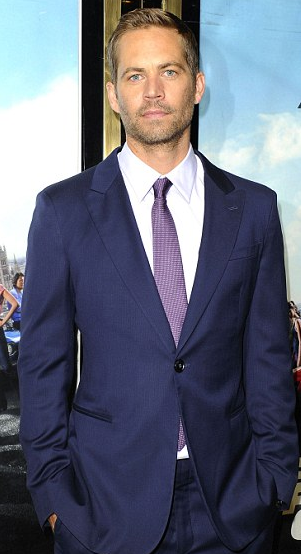 Paul Walker’s death may have put a halt on production of The Fast and the Furious 7, but director James Wan confirms that the film will not be abandoned. 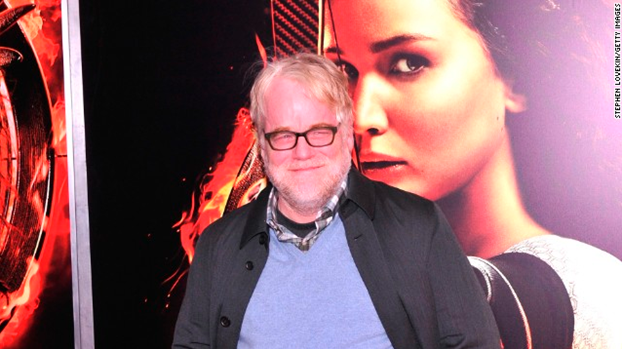 The death of Philip Seymour Hoffman apparently won’t affect the release of the rest of The Hunger Games films in the franchise, as he had reportedly completed filming of most of his scenes as game master Plutarch Heavensbee.

Here’s a look at other celebrities who have died during the production of movies and TV shows.