In my previous installment in this look at video streaming sites, I discussed how Warner Archive Instant functions as a “cult streamer” in that its content and audience are defined by their market marginality. That is, they explicitly locate themselves within a cultural niche, and capitalize on that position.

The much more prominent subject of this exploration, Hulu, operates primarily on the opposite principle. Whereas WAI offers only a particular range of material for particular viewers, Hulu attempts to offer virtually everything for everybody: preschoolers, Korean drama fans, Criterion film fans, late night talk show fans, classic sitcom fans, anime fans, and most prominently, viewers catching up on current ABC, CW, Fox, and NBC programs. Even among fellow “big-tent” streamers (i.e., on the same tier as Amazon Prime and Netflix), Hulu is unique in the breadth of both its offerings and its organization. While its approach may seem scattershot in an era of increasing cultural niches, it’s clearly been a successful strategy. Most other streamers gather content for users; Hulu, like traditional television, instead gathers users for their advertisers.

Hulu launched on March 12, 2008, a few months after the start of Netflix’s streaming video service, and a couple of years into the broadcast networks’ own streaming efforts on their websites. It ostensibly aimed to channel the new appetite for convenient online video into a venue for advertising, at a hitherto unseen scale and scope. Since that time, Hulu has greatly expanded their utility (adding dozens of Hulu-capable devices, and new interfaces and social functions), and their content (hundreds of thousands of videos from hundreds of distributors). Although Hulu operated at first only as a free-to-user, advertising-supported platform (primarily featuring recent episodes of several broadcast networks’ shows, and an expanding library of older programs), it opened up the subscription tier Hulu Plus in the fall of 2010, which offered a much deeper content library, while still maintaining the accompanying advertisements. In other words, while “free” Hulu operates in a broadcast mold, Hulu Plus is functionally like basic cable.

Despite its overall success, Hulu’s position among streaming platforms is somewhat liminal, given its often discordant corporate parents (whose divisions eventually resulted in the departure of its idealistic founder Jason Kilar in January 2013).1 Its early branding as a gleefully disruptive upstart battling media giants has always been undermined by its simultaneous joint ownership by three of the biggest of those giants: Disney, 21st Century Fox, and Comcast. While Comcast’s stake does not grant them control, as a regulatory condition of their acquisition of NBCUniversal, the other two partners have had disparate visions for Hulu: 21st Century Fox would prefer to focus primarily on developing the paid subscription model, but Disney favors the platform’s advertising function. That said, regardless of the economic model, all three corporations also have deep interests in the vitality of the current cable TV ecosystem. Accordingly, Hulu is never going to become positioned or supported as an alternative to that hegemony. But at the same time it is clearly valuable as an established, accessible platform for distributing content and advertising. Too valuable, indeed, to let go to an outside party (say Yahoo, Apple, or Google) who might not have as much fealty to the cable crown. Thus, plans for both an initial public offering and corporate sale of Hulu have been cancelled on multiple occasions (most recently last summer) when the corporate owners had second thoughts. 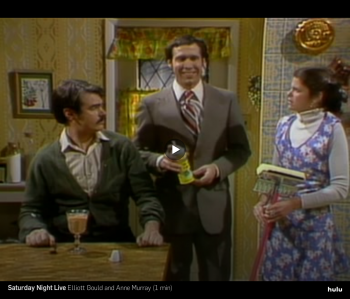 Because of this odd marriage, Hulu is apparently both a floor wax and a dessert topping: simultaneously a subscription and advertising-based system. While this combination isn’t novel in the broad history of media platforms–most cable and satellite systems and channels worldwide have long had an identical function–it is still rare among streaming platforms, which have been perceived more along the lines of a premium cable channel: subscriber fees are exchanged for the promise of ad-free programming. According to Hulu’s mission statement, their goal is still a service that “users, advertisers, and content owners unabashedly love.” This tension between pleasing all three of these masters is most visible when one seemingly trumps the other two in particular uses, as when access to content is limited (favoring the content owner), content is (at times, clumsily) broken up by advertising (favoring the advertiser), or content is edited and shared by users with Hulu’s sharing tools (favoring the user). But this is a balance that must be kept in order to maintain the platforms appeal to all parties. As seen in the above sketch I carved out of a 1976 Saturday Night Live episode, even embedded clips contain advertising and promotional cards for their distributors.

While this tension seems at odds with the “pull” interface of Netflix (and the longstanding architecture of the web), it feels right at home with the longstanding “push” architecture of good ol’ television, where advertising is still the currency and the viewer is still the product. As Daniel Chamberlain argues, television interfaces are “gateways to the content we desire…subtly reformatting our televisual experiences along vectors of customization and control.”2 Navigating a Hulu viewing session, particularly from one’s couch, is a close replication of traditional TV channel-surfing.

Most other online streaming platforms dive immediately into your established interests and subscriptions, and offer up titles and categories accordingly. In contrast, Hulu gives only a tiny nod to your specific interests (“Shows you watch”), but then loads the rest of its main page with content categories generated by currency (“Recently Added”), popularity with users (“Trending Now,” “Top 25 Clips”, “Popular Episodes,” “Popular Shows,” “Popular Networks”), or content-owner- or advertiser-sponsored focus (“Sochi Watch,” “Urban Outfitters Presents Hulu’s Best Double Acts,” “Mythbusters Investigates”). You are not the center of this experience, but rather a willing participant in a wider viewing community.

Clicking beyond the main page–the cryptic top-level headings are “TV,” “Movies,” “Kids,” and “More”–at first continues the emphasis on popularity and established genres, but then uncovers the specificity of Hulu’s acquired content: its hidden niches. Thus, while the default emphasis is firmly on television, the primary categories under the “Film” banner are documentaries and the Criterion Collection. Similarly, “More” doesn’t bring up universal categories, but instead culturally-specific ones directly tied to distribution deals with particular content owners: “Latino,” “British,” “Anime,” “Korean Drama,” and “Video Games.” 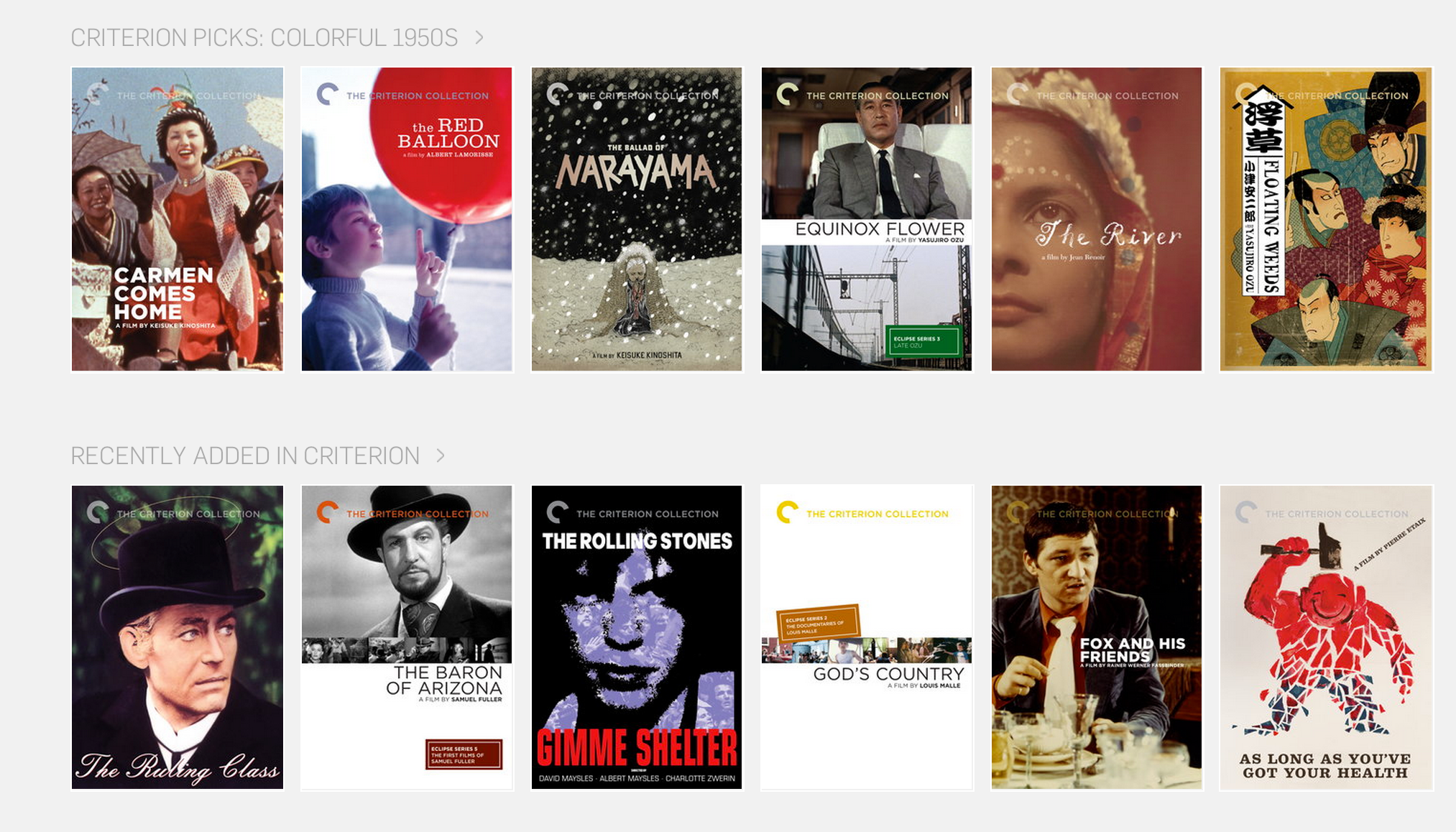 As deep as its library is, it must be remembered that Hulu’s stated goal is not to be the top niche streamer, but, rather, to be “the world’s most effective video advertising service.”3 Their advertising sales pitch is designed both to reassure dubious advertisers, at every geographic level, of their punch relative to television, and to emphasize the way their site architecture channels viewers to particular market-driven categories (e.g., their rapidly growing Latino content). They offer sponsorship of specific platform-wide events, when particular content is assembled under a themed banner (e.g., coinciding with the turn of seasons, or particular holidays). Their original programming is similarly organized with a rising scale of potential sponsorships, including “Hulu Spotlight” programs (“genetically engineered for advertisers”), and peaking in fully “Brand Authored Content,” like Chipotle’s anti-industrial farming satire, Farmed and Dangerous.4 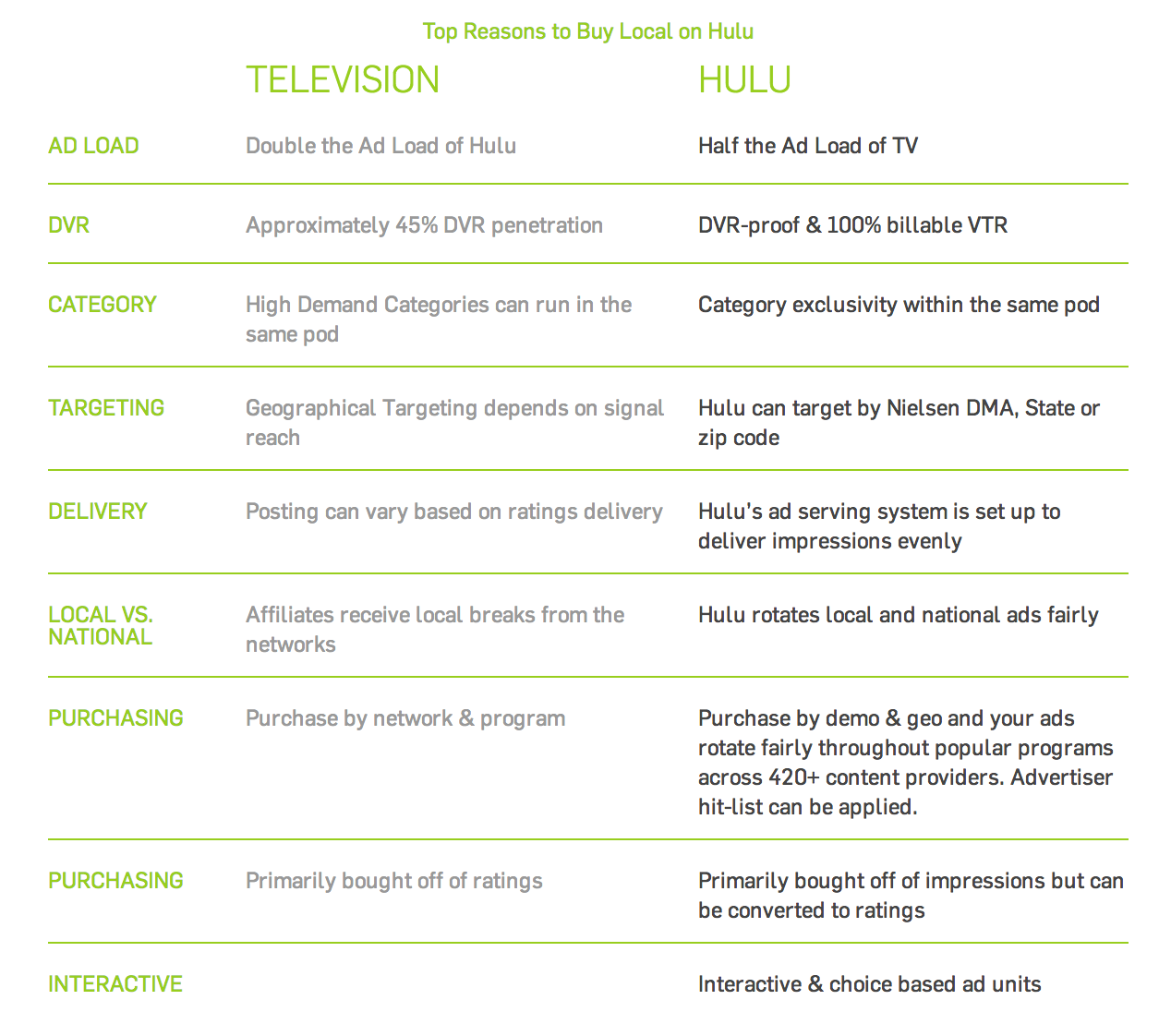 Some examples of Hulu’s advertising pitch and options

We can’t know exactly how the detente between Fox and Disney over Hulu has gone, but I suspect that Disney won the argument, waving reams of advertising data. The big content deals have kept on coming, and the bar between “free” and “Plus” content has been adjusted more in favor of the latter. Even CBS, long resistant to streaming their current programming to third parties, has made a rapid series of deals with Hulu, not only for older library series dating back to the 1960s, but for much more recent programs, including Blue Bloods, Elementary, and The Good Wife. Thus, as cable TV quickly refined the advertising basis of broadcast TV, Hulu has continued that logic, offering users, advertisers, and content owners a platform that they might not unabashedly love, but that they certainly like quite a bit.