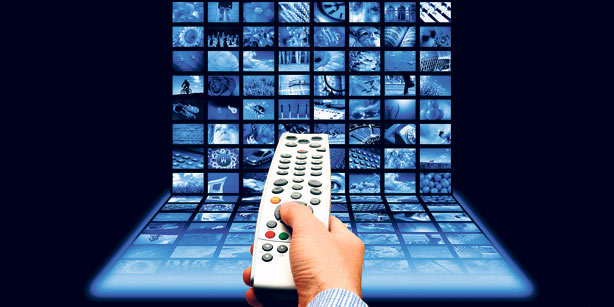 When I give a presentation about contemporary television, I am frequently asked to predict the medium’s future. This is a dreadful question, as it literally fills me with dread. Predictions are for suckers, primarily functioning as an opportunity to make time-delayed mistakes, or improbably to demonstrate good fortune in the form of lucky guesses. So whenever I am asked to predict the future of television, I evade.

Flow has asked me to weigh in about the future of television. I accepted the invitation months ago hoping to arrive at some well-reasoned predictions, but now, predictably, I can only offer evasions. But perhaps articulating such evasions could be more productive than predictions and speculations? (Or maybe that is just another evasion disguised as a rationalization…)

Television has no future

A future seems to imply a predictable forward-moving path, as we think of future plans, future results, or future goals. Five years ago, could we reasonably have predicted our televisual present as the future? I certainly couldn’t, as evidenced by my book Television and American Culture, completed five years ago. Where I did point toward future developments, today they seem quaintly dated (such as mentioning Joost as a major player in streaming video) or misguided (highlighting Netflix only as a DVD-by-mail service). Nowhere did I imagine that online-only services like Netflix or Amazon would become major producers & distributors of original television series, nor that DVDs would wane in significance as the major way to access broadcast and cable programming off-air. Instead I pointed to the growing importance of datacasting and multicasting as facets of digital television; today, those practices are still waiting their moment in the spotlight.

Another way of imaging television’s lack of future is that television as we have traditionally conceived of it is unlikely to matter anymore—the mass-medium, family-bonding, shared cultural sphere commonly thought of as the essence of television’s social function in its first few decades is a distant image in our rearview mirror. Likewise some of the core concepts in television studies are becoming less and less relevant to the medium’s present and future, whether it is the breakup of the cultural forum in the era of narrowcasting, or the decentering of flow as the primary way that television is scheduled by broadcasters and consumed by viewers. In short, what television is today requires new critical paradigms as our old models are ill-equipped to either analyze or predict future developments.

Television has many futures 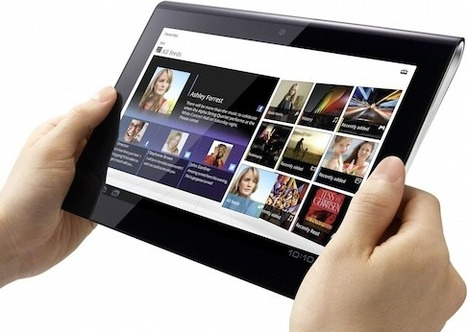 Television has never been singular, so why would its future be? The cultural forum has always been contested and fractured; flow has always been ruptured and shifted. Television’s next big thing perpetually co-exists with other big things that challenge our notion that television has any one unified identity at any given moment. I’ve written about the trend of highly-serialized complex storytelling in contemporary television, but just as that format has thrived, we have seen the simultaneous growth and prominence of numerous forms of reality TV, the continued dominance of live sports broadcasting, and the ratings success of more conventional series like NCIS and The Big Bang Theory. Television’s pasts and presents are always plural, so we must assume that its futures will be too.

This pluralization provides some cover for making predictions, as it is more likely that whatever trend we imagine might happen will actually happen, even if it is alongside its opposite. A decade ago, I assumed that the long-awaited adoption of digital television would lead to larger, high-definition televisions, reasserting the role of the single dominant television set in American households. That trend did happen, with rise of media rooms and newer HD forms like 3D and 4K, but it was paralleled with the spread of small-screen television viewing on mobile devices and computers. Unpredictably, both trends have co-existed and thrived, making “television” even more ubiquitous and relevant across technological platforms, modes of viewing, and industrial sectors. The era of digital convergence has also featured a great deal of divergence, making traditional television practices less of a uniform norm, but also part of a wider range of media practices. Thus the futures of television seem to suggest that the medium will become both more and less important as part of our media ecosystem.

Television’s future will draw upon its past 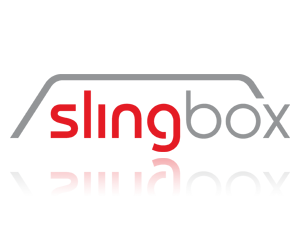 Television, like most cultural forms, constantly recycles and revisits its past to generate future content, and I sincerely doubt the future of television will be one of pure originality and innovation (if such a thing even exists). Technological innovation seems to draw directly on television’s past as well—at least in terms of the cultural circulation and practices of technologies, if not their technical designs. In one obvious example, YouTube’s name references not any “tubes” in the site’s architecture, but rather the technologically (yet not culturally) obsolete cathode ray tube that provided television’s nickname in its heyday. In a McLuhanesque formulation, the nickname of a previous technology provides the cultural reference point for a new platform that aimed to upend its referential medium.

An even more interesting case is Slingbox, the device that allows you to stream your own television or DVR over the internet. This seems to be a forward-looking convergent technology, allowing viewers to remediate television onto the newer platform of online video streaming. But it is also connected to the earliest definition of television itself—the word “television” denotes “seeing at a distance,” as the technology was first framed as a way to view live events from afar. Slingbox doubles down on this definition, as we are not only watching distant events on a television, but we are seeing our television set itself at a distance—a window on a window on the world. Seeing at a distance pervades many new media platforms, from FaceTime and Skype video calling to the shared vision of a virtual space in a multiplayer game or virtual world; Slingbox highlights how the older medium still helps to structure our visual practices, inviting us to effectively tele-vise our televisions. And thus we can see that even so-called disruptive technologies are less radical breaks with the past than synthetic rearticulations and recombinations of the old and new, suggesting that television’s central role in both media practice and cultural imagination will remain for the foreseeable future.

I hope I have been sufficiently evasive in predicting the future of television, but that these evasions can help us understand futures as they happen. The future of television is neither singular nor predictable, not uniform nor fully disruptive. But after evading, I will conclude with one prediction that I offer with some confidence: when television’s futures become its multiple presents, there will be ample reason and opportunities for media scholars to argue why such new developments can be best understood in relation to television’s multiple pasts.