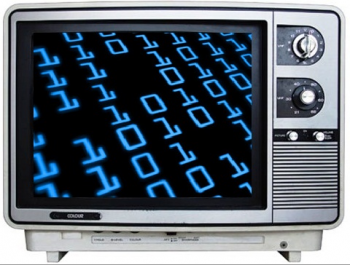 I am not given to crystal balls and talk of the future. I prefer data – frail, suggestive and vulnerable though they may be. Data trap you in the present but hint at a future, and certainly suggest a past. And this is an interesting time to be talking about data, because television is generating a lot more of it. Digitization is core to the transformation of television into data, and the new sites of data creation and collection that are strongly linked to television are out of the reach of public policy or regulation. Television itself creates more data on all of us, and it contributes to uses of data that are outside of our policy apparatus’ ability to control.

Even as the device we used to call a physical television set has morphed into a variety of screens of various sizes and shapes and levels of mobility, so too the industry behind it has fractured into numerous businesses. Of course television has never been just one industry; it has always been a terrain with creative writers and actors, distributors, hardware manufacturers, and networks, among others. However, the layers – with all of the resonance of that term for Internet architecture – have multiplied enormously in the 21st century, and a characteristic becoming more and more dominant across the layers involves using data capabilities resident in distribution and service platforms to better track, predict, and market to users or viewers. If this came down to a superior method of having advertisements follow us around from device to device, service to service, program to program, this would be a trivial development. However, the stakes are much higher.

I spend a lot of time thinking about infrastructure these days, particularly broadband or high speed network infrastructure, a significant component of the system providing television to homes. We often think of these networks as “the Internet,” even though they are just one component of the Internet, the so-called last mile, or first mile, depending on your perspective. Cable companies and telephone companies (both pretty outdated designations, given what these companies actually do with converged services) control most of those last mile networks in the U.S. Unlike the regulation associated with systems like broadcast television which uses public spectrum, the rules and protocols for public policy associated with these wired or wireless phone networks that are providing much more than “phone” service are uncertain: there is no automatic “public interest” standard, as was written into the 1934 Communication Act for broadcasting, and no common carriage mandate – traditionally an idea associated with telephone (and other utility) services but relevant to contested net neutrality principles1 – and forget anything related to price regulation. The situation is compounded by the geographic monopoly or duopoly power that provider companies enjoy – i.e., they face very limited competition. 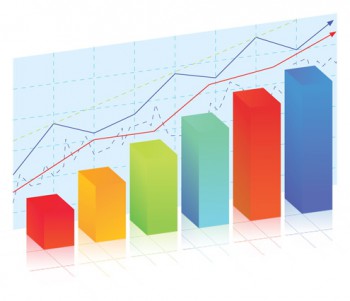 Why should we care, and what does this have to do with television? Let’s look at some data:

What this amounts to is an increasing dependence on Internet transmission providers, wireline and wireless, for television and other content, with rising prices and less than satisfactory service. I don’t know about you, but I am increasingly feeling a little trapped. As more aspects of our lives are entangled with the online world, controls on access, prices, data service volume and quality do matter.

On top of this, our ISPs, whether cable or telephone companies, aren’t really charging us for television. Rather, they are charging us for anything we do using their connections – YouTube videos, Hulu, Netflix – or email, uploading videos, and sharing files. It just so happens that a lot of what we “do” amounts to watching television in some way. And everything we do constitutes a transaction, a new data point.

The use of transaction/interactive data affects our lives in a number of ways. For example, the FTC will release a report early in 2014 that describes the extensive data broker business, building on a Senate Commerce Committee staff report from December, 2013. Data brokers compile and sell information on us based on our Internet searches, health profiles, and an array of personal information: “data brokers maintain data as specific as whether consumers view a high volume of YouTube videos, the type of car they drive, ailments they may have such as depression or diabetes, whether they are a hunter, what types of pets they have; or whether they have purchased a particular shampoo product in the last six months….”7 Our digital footprints leave traces that these companies follow for purposes that go beyond normal marketing practices.8 For example, Netflix uses data to inform its creative process, analyzing what people like in order to formulate their original content.9 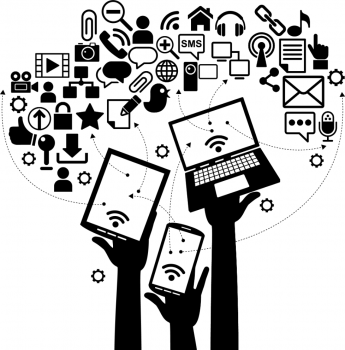 Furthermore, thinking of television as data, as a range of interchangeable digital capabilities, changes things. If you throw data caps (the caps are the usage threshold that trips large fees if we use more data than in prescribed plans) that Internet providers impose on us into the mix, or if we consider usage-based billing for Internet services, suddenly “television” becomes curiously equivalent to a lot of other data services, including that distance education course that eats bandwidth and the new mobile health application your doctor wants you to try out. Which one will put you over your data cap? Which do you need more?

This amounts to more than constrained consumer choice. As the Internet has absorbed all media forms (photography, music, newspapers, film, etc.) and become a central means for distribution, the absence of an explicit public stake and role for regulation means public interest values are jeopardized.

In a recent interview with the New York Times, Internet pioneer Vinton Cerf (Google’s Internet Evangelist, and President of the ACM, the worldwide educational and computing association) optimistically commented that the contemporary mobile and embedded Internet will create more opportunities: “One of them is related to measurement and monitoring. It gives us the ability to see trends and to see things that we might not see if we under-sample. That, plus being able to see large aggregates of what we hope is sufficiently anonymized information, can help us reveal states that we might not otherwise see. It is like being able to figure out flu trends. I think of it as a kind of sociological or a socioeconomic CT scan that is helping us to see the dynamics in the world in a way that we couldn’t otherwise see. And of course it leads to all kinds of worries about privacy and the like”10. The problem is that the data are not anonymous, and neither we, as citizens or consumers, nor our policymakers, have access to or control over the data or the industries generating it. A socioeconomic CT scan sounds useful, but with the current state of affairs, it is highly unlikely that we, the public, would ever see it. It would be data for sale, or possibly data that is hidden if it jeopardizes industries with a financial stake in what could be negative information. Television is one portal – but an extremely important one – contributing to the growth of physical networks and business practices that are flourishing outside of any serious scrutiny.